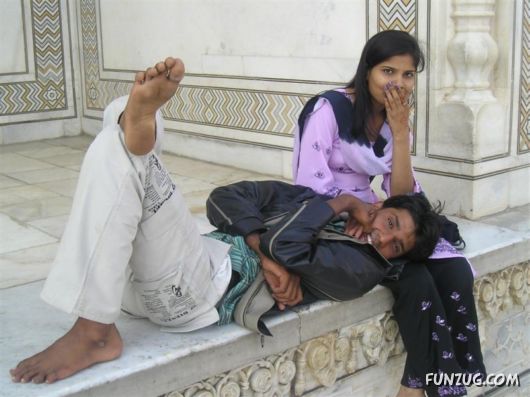 This is a real story of a young college girl who passed away last month in Chandigarh . Her name was Priya. She was hit by a truck.

She is working in a call centre. She has a boy friend
named Shankar. Both of them are true lovers. They always hang on the
phone.You can never see her without her handphone. In fact she also changed her phone from Airtel to Hutch, so both of them can be on the same network, and save on the cost.

She spends half of the day talking with shankar. Priya’s family knows about their relationship. Shankar

is very close with Priya’s family. (just imagine their love) . Before she passed away shealways told her friends "If I pass away please burn me with my handphone" she also said the same thing to her parents.

After her death, people cudnt carry her body, I was there. A lot of them tried to do so but still cant , everybody including me, had tried to carry the body, the result
is still the same. Eventually, they called a person who know to one of their neighbours, who can speak with the soul of dead person, who is a friend of her father.

He took a stick and started speaking to himself slowly.

After a few minutes, he said "this girl misses something here." Then her friends told that person about her intentions to burn her with her phone.. He then opened the grave box and place her phone and sim card inside the casket. After that they tried to carry the body. It could be moved and they carried it into the van easily.

All of us were shocked. Priya’s parents did not inform Shankar that Priya had passed away.

After he came, they told him the truth about Priya. Shankar thinks that they were playing a fool. He was laughing and said "dont try to fool me – tell Priya to come out, i have a gift for her. Please stop this nonsense".

Then they show him the original death certificate to him. They gave him proof to make him believe. (Shankar started to sweat) He said… "Its not true. We spoke yesterday. She still calls me. Shankar was shaking.

Suddenly, Shankar’s phone rang. "see this is from Priya, see this…." he showed the phone to priya’s family. all of them told him to answer. he talked using the loudspeaker mode.

All of them heard his conversation.

Loud and clear, no cross lines, no humming.

It is the actual voice of Priya & there is no way others could use her sim card since it is nailed.

Inside the grave box they were so shocked and asked for the same person’s (who can speak with the soul of deal perosns) help again. He brought his master to solve this matter.

Then they discovered one thing which really shocked
them…

Hutch has the best coverage.

Where ever you go, our network follows!!!

has sent me this mail….so what you can do…you
should also forward this mail to all your nears and
dears…and enjoy…like i enjoyed. HAHAHAHAH