The Rub? al Khali is one of the largest sand deserts in the world, encompassing most of the southern third of the Arabian Peninsula. It includes parts of Oman, the United Arab Emirates and Yemen. The desert covers an area larger than France. Largely unexplored until recently, the first documented journeys made by Westerners were those of Bertram Thomas in 1931 and St. John Philby in 1932. This image was acquired on Dec. 2, 2005 by the Advanced Spaceborne Thermal Emission and Reflection Radiometer, or ASTER, aboard NASA?s Terra Earth-orbiting satellite. 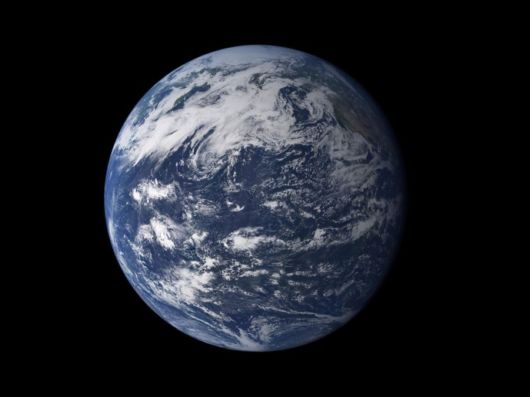 Viewed from space, the most striking feature of our planet is the water. In both liquid and frozen form, it covers 75% of the Earth?s surface. It fills the sky with clouds. Water is practically everywhere on Earth, from inside the planet?s rocky crust to inside the cells of the human body.