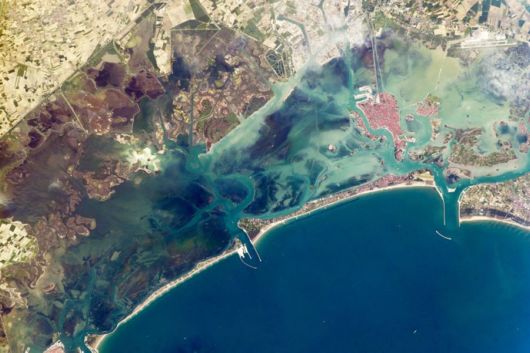 A narrow barrier island protects the Lagoon of Venice from storm waves in the northern Adriatic Sea, and breakwaters protect inlets to the lagoon. Red tiles on the roofs of Venice contrast with the grays of the sister city of Mestre, and the cities are joined by a prominent causeway. What appears to be another causeway joining the island to the airport (top right) is actually the combined wakes of many boats and water taxis shuttling between them. Small, bright agricultural fields on well-drained soils (top left) contrast with the darker vegetation of back-bay swamps, where fishing is a popular pastime. 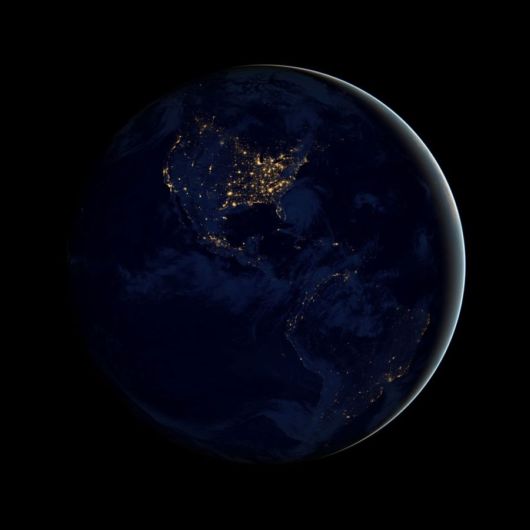 This new global view of Earth?s city lights is a composite assembled from data acquired by the Suomi National Polar-orbiting Partnership (NPP) satellite. The data was acquired over nine days in April 2012 and 13 days in October 2012. It took 312 orbits to get a clear shot of every parcel of Earth?s land surface and islands.