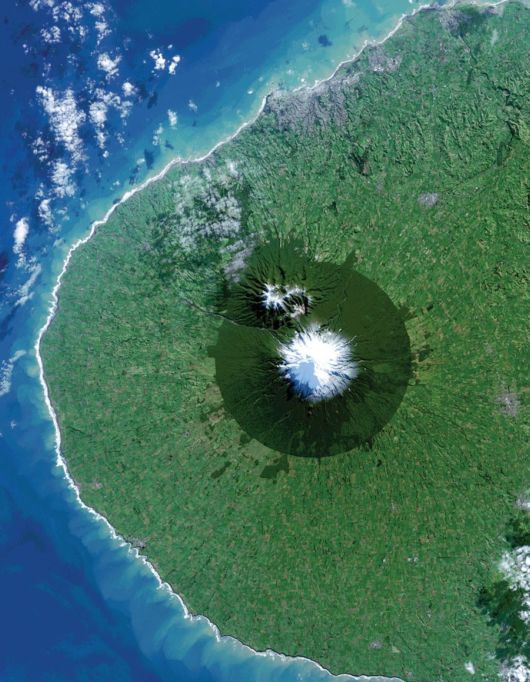 A new book released this week highlights how the view from space with Earth-orbiting sensors is being used to protect some of the world?s most interesting, changing, and threatened places. From space, Egmont National Park in New Zealand shows the benefits and limitations of protected areas. In this Landsat 8 image acquired on July 3, 2014, the park, with Mt. Taranaki at its center, was established in 1900. This isolated island of protected forest (dark green areas) is surrounded by once-forested pasturelands (light and brown green). 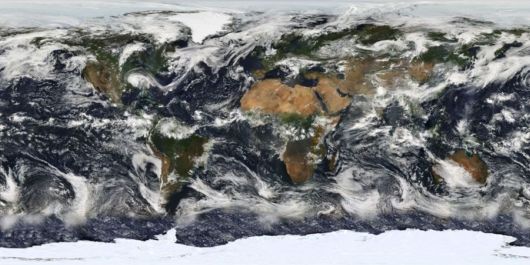