For the vast majority of people, a smartphone is immeasurably more than just a device we use to make calls. Various apps turn our smartphones into a way to check up on our friends and family, our entertainment center, our book, the place we go to check our finances, the tool we use to navigate to unknown locations, and the place we shop. Every day, we transfer all kinds of personal data through these apps, and the greater question remains, can we really trust companies running these apps to use all this data responsibly?

In most cases, it is indeed safe to do so, but there are also those apps that take your personal security less seriously and have been caught selling personal data to third parties and allowing security breaches and spyware to thrive on their platforms. This is the reason why security experts advise against installing apps like the seven we mention here. Read on to find out more. 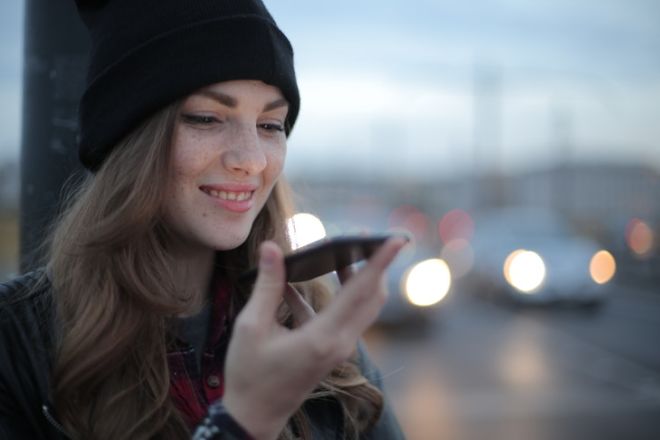 Companies producing smart speakers like Apple’s Siri or Amazon’s Alexa have officially confirmed that they record and store your voice data, meaning every question, request, command, or any other interaction you have with the speaker and may use that data in a variety of ways, including advertising. However, you don’t need to own a smart speaker in order to be recorded by Google or Apple.

In fact, if you have voice-activated virtual helpers like Siri or Google Assistant enabled on your phone, it can happen to you, too. As Dr. Leif-Nissen Lundbæk, co-founder and CEO of XAIN, a privacy-preserving search engine, pointed out to Reader’s Digest, Google Assistant is probably the worst of the bunch, because “It collects not only behavioral data, but voice searches, and it can record them at any point in time, meaning any time you talk about something, these voice recordings can be tied directly to advertising on Google.” So, if you prefer for your conversations to remain private, disable voice commands in the Settings of your device. 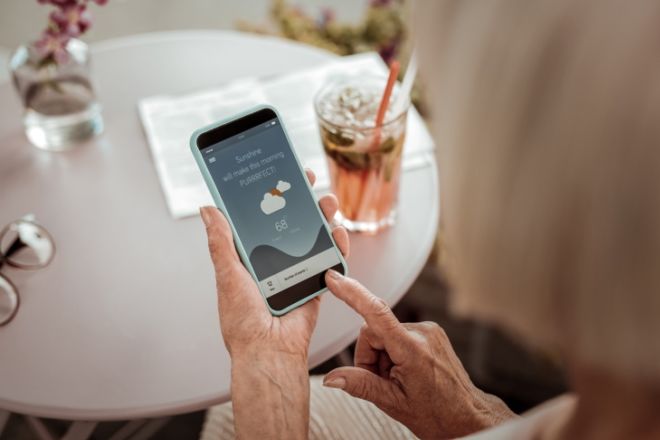 Another type of app that is seemingly harmless but requires a surprising amount and variety of your personal data are weather apps. The majority of weather apps are tracking your location, which can be somewhat justified – after all, the app needs to know your location accurately in order to show you a relevant forecast. However, apps like AccuWeather, WeatherBug, and The Weather Channel App have been known to sell that location data to advertisers.

An alternative method of checking the weather using these apps is by not allowing the app access to your location in the phone’s Settings and selecting the location manually instead.

That said, location data isn’t the only type of information a weather app can misuse. For example, the popular WeatherBug app may also collect (and sell to advertisers) personal info, such as your name, email address, physical address, zip code, date of birth, gender, and even your interests according to Inc.com. Therefore, be mindful of the data you allow an app to access, even if it’s a seemingly benign one like a weather app. 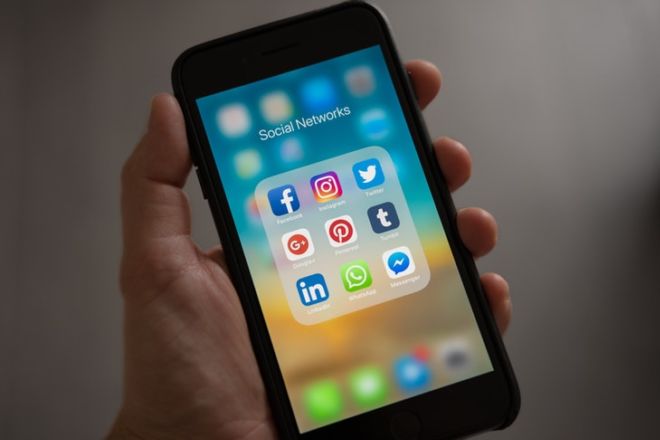 Not all messaging apps are made the same. For example, apps like Telegram and Signal are becoming increasingly popular precisely because they make it a point to use several types of encryption to make your personal messages impossible to access for third parties. Unfortunately, however, not all apps are so mindful of your personal information.

Facebook’s Messenger app, for example, is notoriously known for lacking encryption and “accessing user SMS, photos, contacts, and camera without permission,” according to Allan Borch, the founder of Dotcom Dollar. This is a serious issue and one that shouldn’t be taken lightly by users. Another messenger app that’s been heavily criticized for its security breaches is Whatsapp.

Unlike Messenger, Whatsapp does have end-to-end encryption, which means that your personal messages can only be viewed by the sender and recipient. Still, the app had several security breaches related to phishing, which can make you subject to identity theft. Therefore, though not the worst of the bunch, Whatsapp is still not a trustworthy app. The solution? Experts recommend uninstalling these apps altogether. 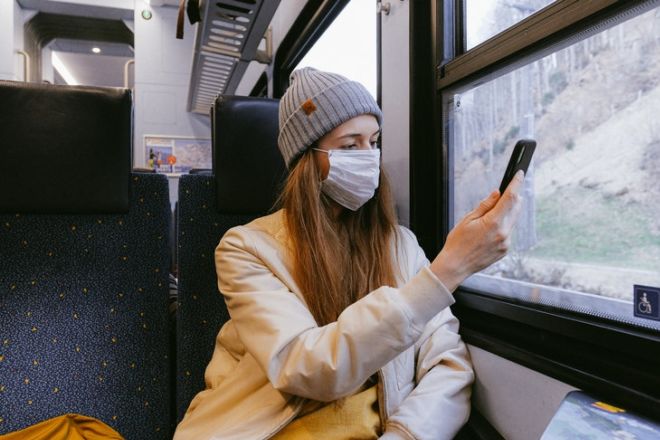 When it comes to your health information, it’s best to leave those to official governmental health organizations and avoid allowing private businesses to use this kind of information. We’re talking about the initiative by countless companies to create tracking apps that would alert you if anyone in your vicinity has Covid-19.

Unfortunately, many of these apps are completely fraudulent and others may sell your sensitive data, so unless you know that the app you’ve downloaded is officially backed by the government, delete it right away! 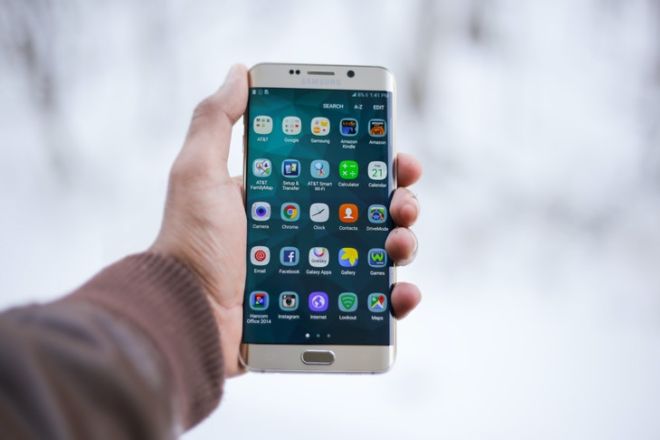 This one isn’t apparent either, but apps that are not updated and maintained by the company that developed it on a regular basis become more vulnerable to hackers and may be riddled with malware. Thus, these pose a danger to your personal information. If you notice that one of the apps on your phone hasn’t been updated in a while, it’s best to uninstall it from your device.

In addition, it’s a good habit to declutter your phone from old and unused apps every year or so – not only will this free up storage space and make your phone run better, but it will also keep your personal data and device safe from hackers.

6. Apps Not Supported by Your Phone’s App Store

We’ve previously touched on this topic in our article 5 Things That Should Never Be Stored on Your Phone, stating that apps from unauthenticated sources are more likely to contain malware and can instantly and permanently harm your phone. This is unfortunately true, and the reason why is simple – part of the approval process by the Play Store and the App Store is the testing and filtering out of potentially harmful apps for your device, even those that pose under the guise of a benign app like a puzzle game or a ruler app.

Therefore, if someone sends you a link to an interesting app or you stumble upon a fun app online, search for it on App Store or Play Store and download it from there instead of just directly clicking on “download” from the website, even if it’s free and looks legitimate. It’s also advisable to look through the reviews and rating of the app on the Play Store or the App Store before downloading it on your device, to further confirm that it’s a legitimate app. 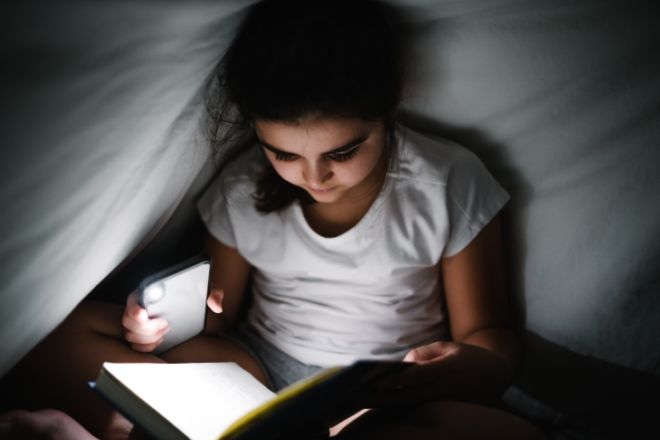 The last app type we’d like to discuss in this article is flashlight apps. The truth is that you simply don’t need these apps at all, as your phone has a pre-installed working flashlight that can be turned off and on directly from your device, without any extra app. In fact, flashlight apps are notorious for misleading terms of condition and harvesting personal data that they then sell to advertisers.

For example, in 2013, the Flashlight app called Brightest Flashlight Free was charged by the Federal Trade Commission (FTC) for selling location data of their users with third parties without the users’ knowledge or consent. And it’s not the only app to do so either, so just stay on the safe side and avoid installing these useless apps altogether.

How to Be in Control of Your Personal Data 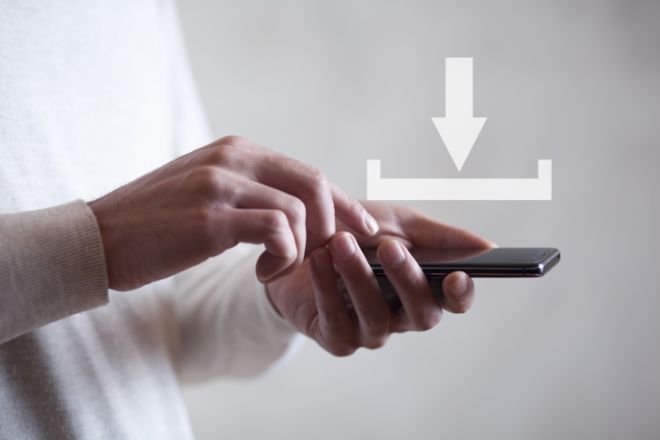 We’ve already scattered several tips that help you avoid blatantly fraudulent or dangerous apps, such as only downloading apps from official legitimate sources and avoiding certain types of apps like flashlight apps. But what if you do want to use a specific app, you just don’t want it to abuse your privacy? Well, there are a few helpful tips to follow here, too:

1. First and foremost, when installing the app, be mindful and skeptical of the permissions the app requires. For example, why would a flashlight app ask for your location, and why would an online messaging app ask to access your SMS messages? If you don’t want an app to have access to your microphone, camera, or to send you push notifications, uncheck these options when installing the app.

2. What if you already downloaded the app and want to review and tweak the information you’ve permitted it to access? You can easily access and disable any unwanted permissions in the Settings of your phone. To do so, follow these steps.

-On an Android Phone: navigate to Settings > Apps & Notifications > App Permissions, and unselect the information you don’t wish to share with specific apps.

-On an iPhone: Go to Settings > Apps & Notifications menu, and tap on the app in question. Then, click on “Permissions” to see what features the app has access to and tweak them to your preference.

We hope you found these tips and information useful! Stay safe!