Flight of the superjumbo: British Airways takes delivery of its first new £270million Airbus A380 as it touches down at Heathrow 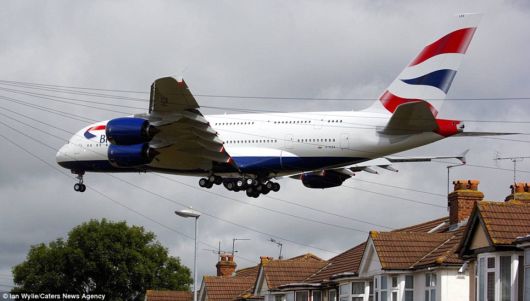 Homecoming: The Airbus A380 resplendent in distinctive BA livery dwarfs houses as it comes into land at Heathrow Airport, London

Feat of engineering: The huge plane, pictured at Heathrow this morning, will carry 469 passengers across First, Business and Economy classes 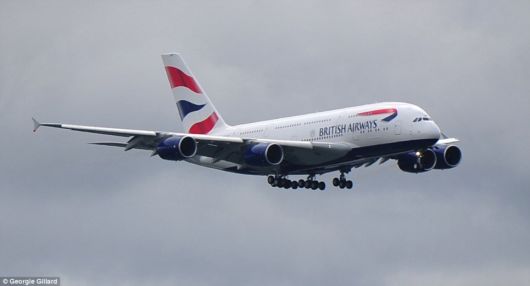 BA behemoth: The A380 superjumbo captain puts the plane?s many wheels down in preparation for landing today 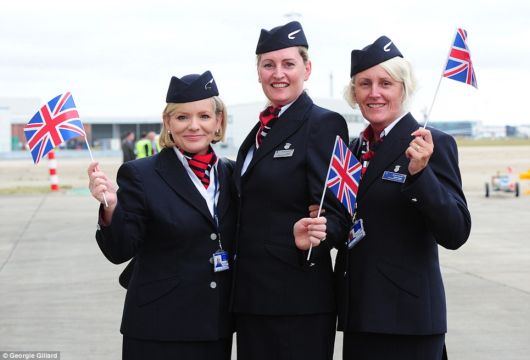 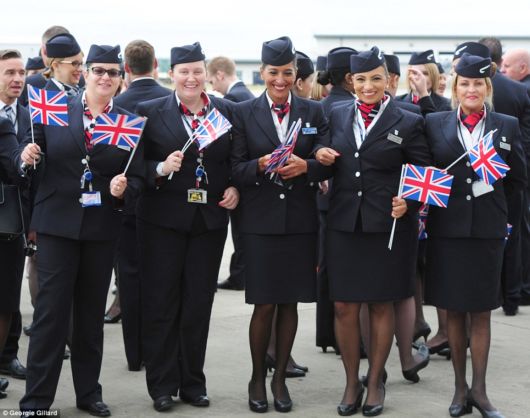 Welcome party: From left to right, Graziella Buttaci, 26 from Surrey, Ruth Forbes, 29 from Beaconsfield, Delilah Legdlai, 40 from London Esha Sakon, 39 from Sandhurst and Laura Keeping, 40 from St Albans wve their flags to welcome the plane 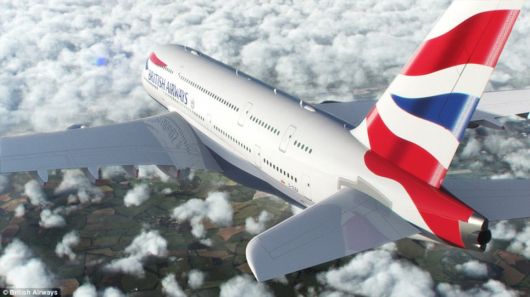 British Airways today has taken delivery of the new double-decker ?superjumbo? which airline bosses say will herald ?a new era? for the nation¿s flagship airline ? the A3B0 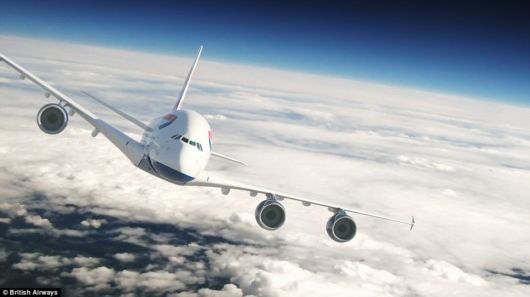 It is part of the airline?s wider five-year £5bn investment plan to refresh its fleet with 52 new aircraft including the Airbus?s new rival Boeing 787 dubbed the ?plastic plane?. 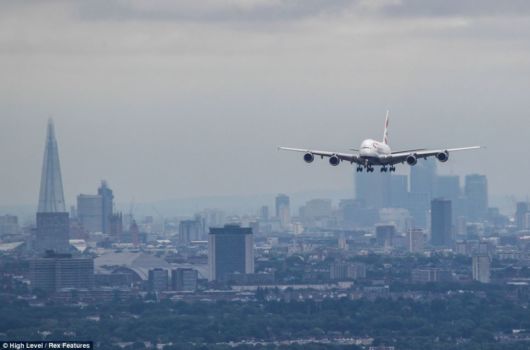 Global icon: The A380 comes into land with London?s skyline in the background 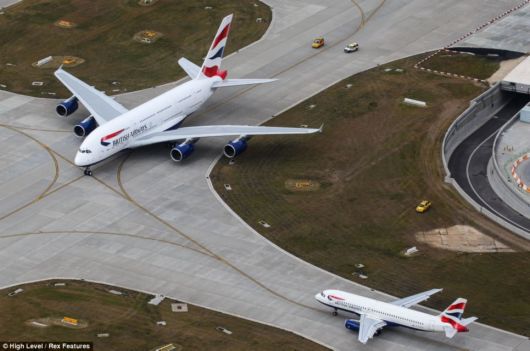 Giant: British Airways? first Airbus A380 superjumbo next to a sister Airbus A320 having arrived on its delivery flight 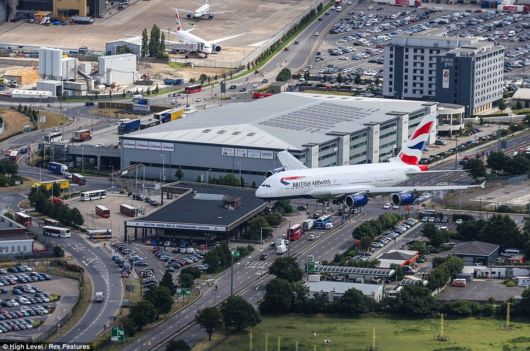 Arrival: The British Airways Airbus A380 prepares to touchdown at Heathrow this morning for the first time 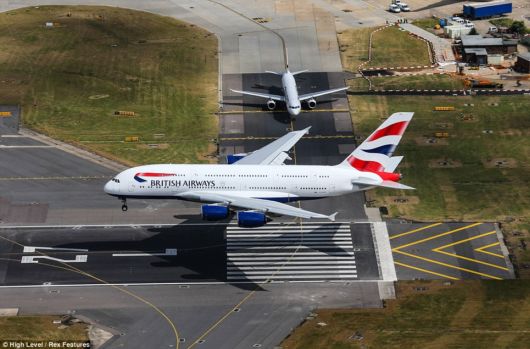 Touchdown: The £270million A380 lands at Heathrow for the first time as the airline takes delivery of its first of 12 new planes 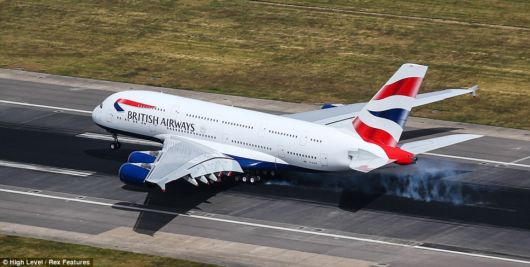 Arrival: Captain James Basnett landed BA?s new double-decker Airbus A380 touching down bang on time at 10.30am after a smooth and eerily quiet one and a half hour flight from the Airbuse factory in Toulouse 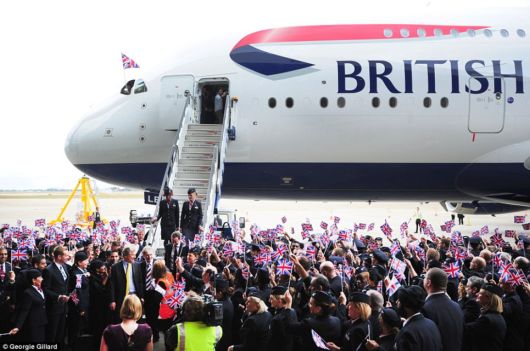 Arrival: BA staff celebrate outside at Heathrow as the A380 parks up for the first time outside its airbase 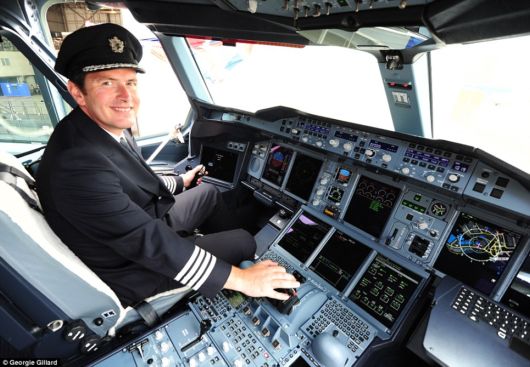 Pilot: The cockpit of the new A380 plane which has touched down at Heathrow for the first time 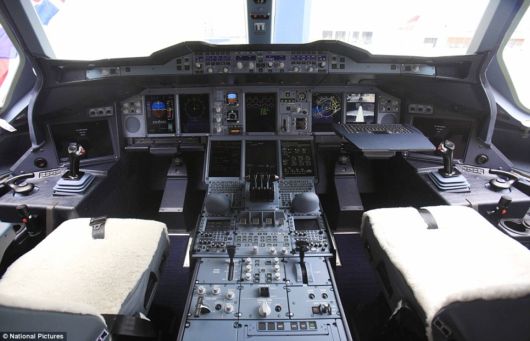 Up top: Inside the cockpit of the A380. The plane has two pilots, although on longer flights four will be used 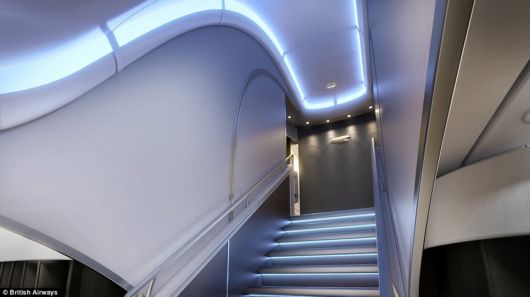 The vast double decker superjumbo planes can theoretically carry up to 800 people ? provided all the passengers are squeezed into narrow economy-sized seats 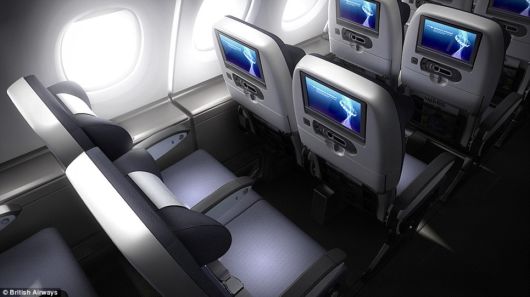 BA add that the new economy seats have been cleverly designed to be thinner backed and hollowed out to increase seating space for passengers.