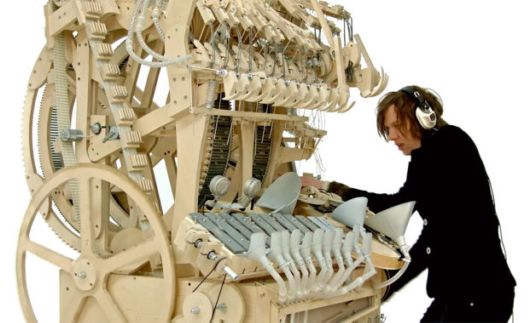 What started life as a two month project for Swedish musician Martin Molin quickly spiralled into more than a years worth of work, but finally the Wintergatan Marble Machine is complete. Started in August 2014 the musical instrument took 14 months to complete and was made entirely by hand. The hand-cranked device comes loaded with a vibraphone, bass, kick drum, cymbal and also contains a network of tubes and pulleys that are home to 2,000 steel marbles!.

The instrument is actually made up of 3,000 different parts which like earlier prototypes where supposed to be 3D printed however it soon became apparent to Molin as he began building the Wintergatan that it would be far easier to make components up by hand as he worked. The end result is an almost Frankenstein-like instrument that is totally hypnotic to watch in action. 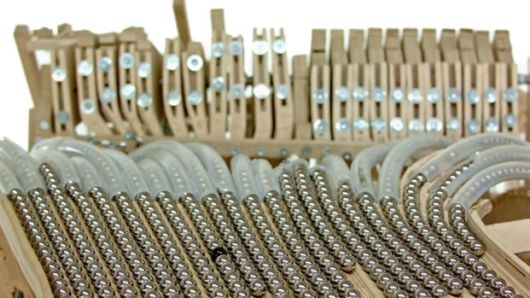 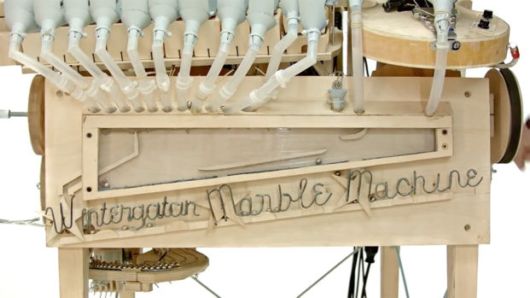 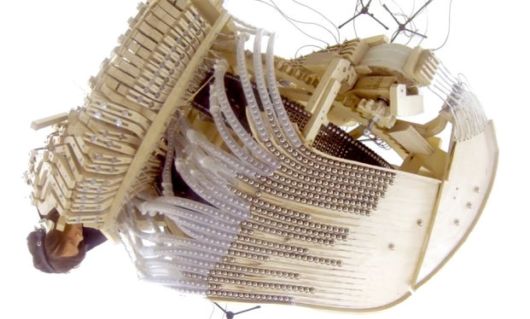 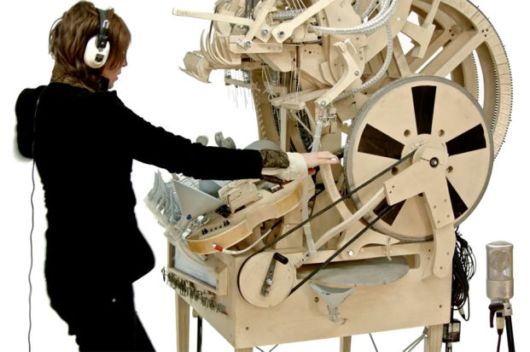 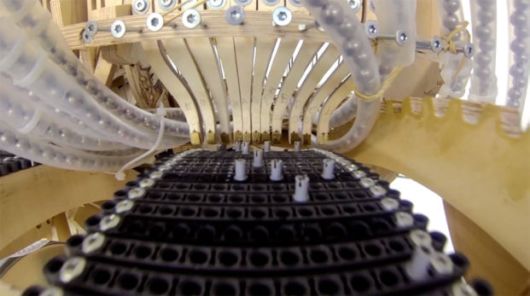 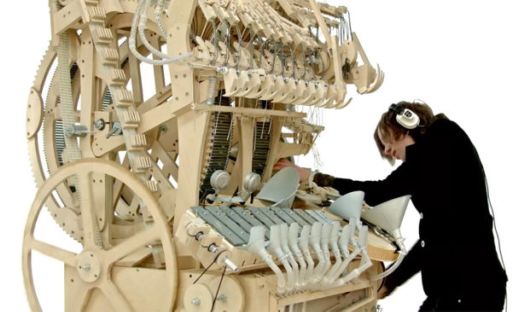 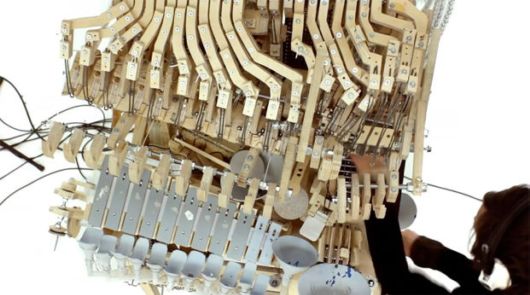 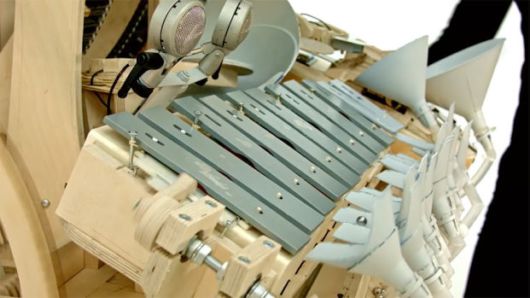 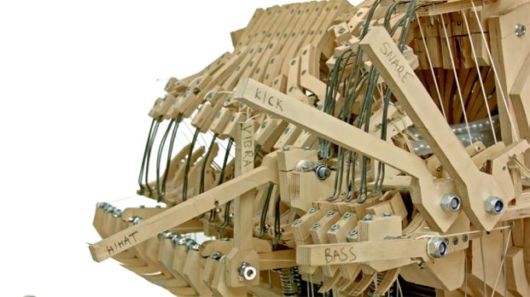 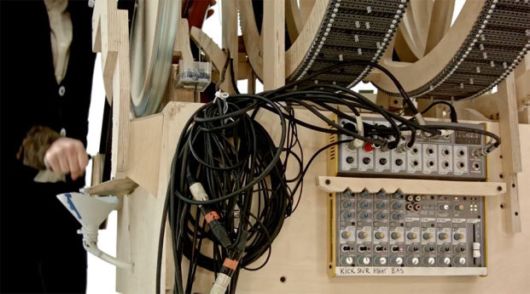