A restaurant in downtown Harbin, China, employs 20 robots instead of humans that cook, serve and entertain its guests.

The restaurant opened in June 2012 and has since become a novelty spot in Heilongjiang provinces capital.

When a diner walks in, an usher robot extends their mechanic arm to the side and says Earth person hello. Welcome to the Robot Restaurant Patrons can then place their order, which is relayed by humans to one of the four robot chefs who are able to cook various styles of dumplings and noodles.

Once the dish is prepared, a robot waiter, which runs along tracks on the floor, carries it from kitchen to table. Prepared dishes are placed on a suspended conveyor belt and when the plate reaches the right table the mechanical arms lift it off and set it down.

There`s a singing robot too !!! 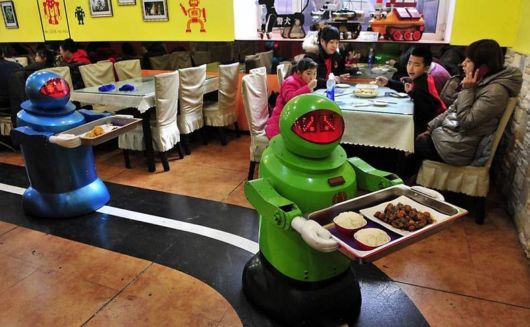 The robots are between four and five feet tall and can display 10 different facial expressions. 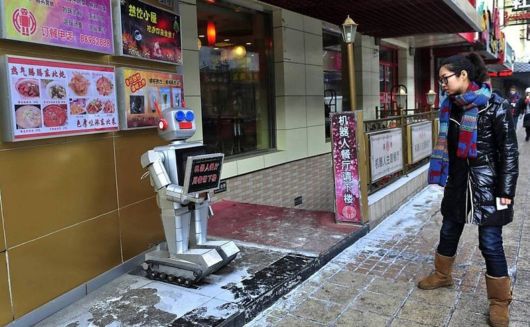 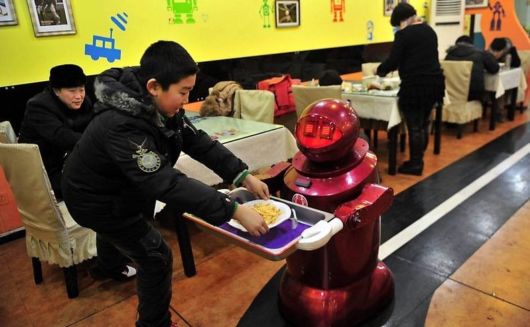 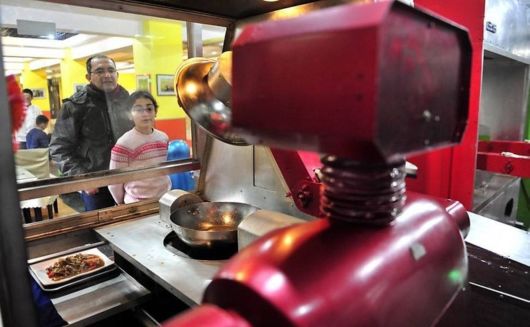 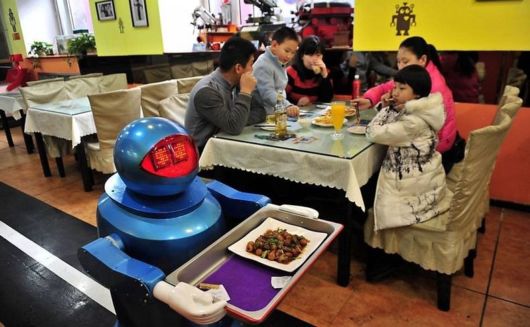 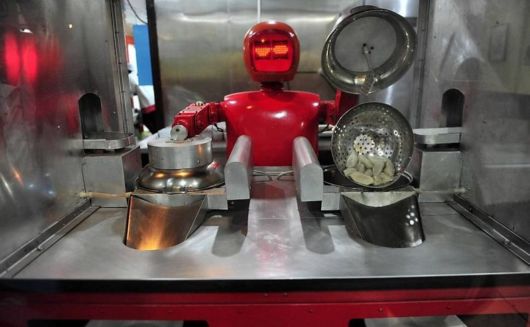 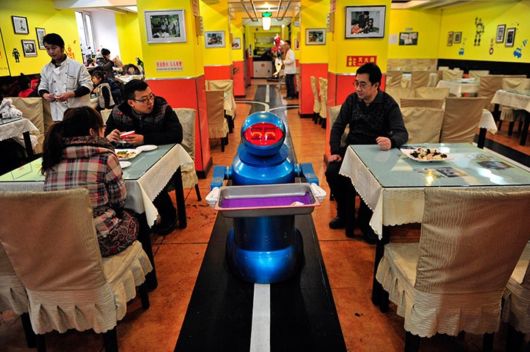 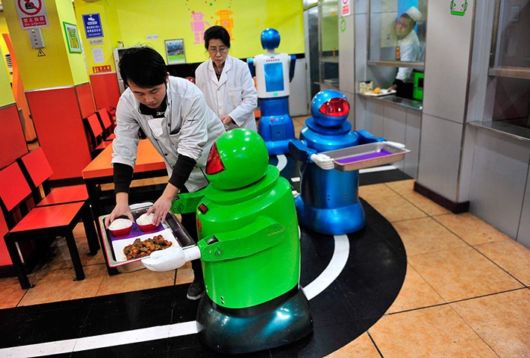 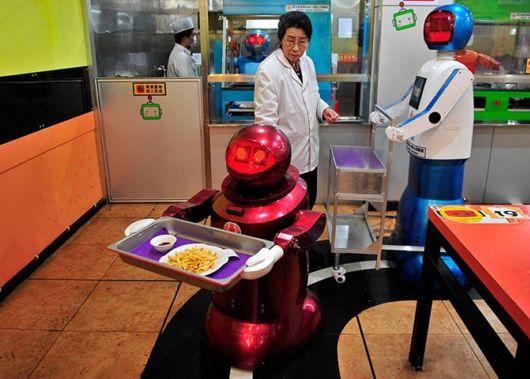 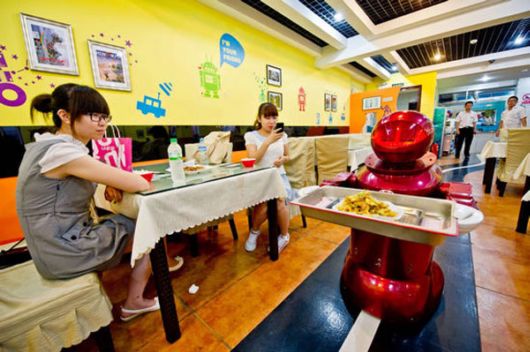 Harbin is one of the most genuinely unique places in China!!.

known for its annual ice festival, the city has many other marvels, a huge tiger park that travel faster than 300 km/h a train in temperatures as low as -40 degrees Celsius.

These are all cool, but Harbin is apparently not a city to rest on its laurels.

The Robot Restaurant opened in Harbin in June .

robot Restaurant staffs a total of 20 robots as waiters, cooks and busboys…

The robots were designed and built by a local firm, the Harbin Haohai Robot Company.

With the average Robot Restaurant meal costing less than 62 yuan (US$10),the restaurant is not meant to earn Harbin Haohai money.

Instead, it turns out the restaurant is just a brilliant piece of marketing !!