Music is an inseparable part of every individual since ancient times. When man used to live in caves, even then some kind of music was a part of his life. As man progressed, his taste for music also changed accordingly. To express his creative abilities and to enjoy the music of his choice he designed different musical instruments. At the same time, there were certain individuals who enjoyed special music and designed totally bizarre instruments which produced the music of their choice. Here are the Top 5 strangest instruments of all time. 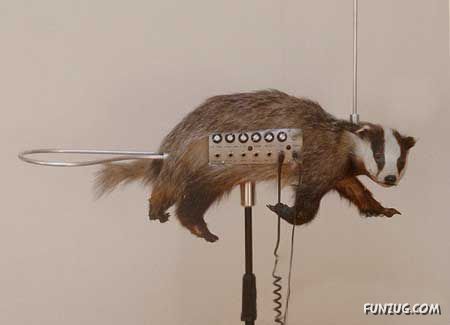 >
Are you a fan of sci-fi and horror movies? Want to know from where the spine-chilling sounds in these movies originate? Here is one such instrument called the badgermin. This peculiar instrument is created by sticking a theremin, an instrument which is played by waving your hand in the air, into a into a (dead, we think) honey badger. 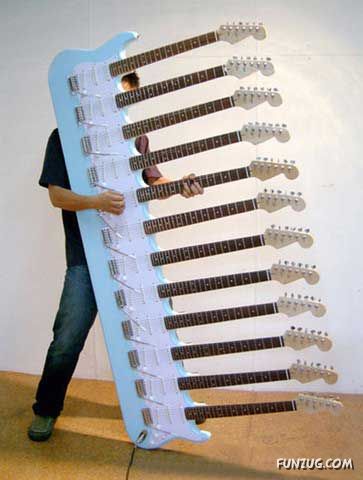 With your two god-given hands, you thought that you could play any musical instrument in the world. Well, this instrument, the 2-neck guitar, will prove you wrong. Don?t be fooled into thinking that this is merely a piece of art. It is a fully functional instrument with 72 strings. It has been created by Japanese artist Yoshihiko Satoh.

For those hungry souls who are ready to eat anything that comes their way, there is a new thing in the market. Now they can eat even musical instruments. Don?t believe it? Then meet this new orchestra.  This creative group shops for their vegetables in the morning, carves them up in the afternoon, and plays them in the concert that evening.  As if all this wasn?t enough, they then chop up the vegetables (minus the parts they touch with their lips)and serve them in the form a soup to the audience. 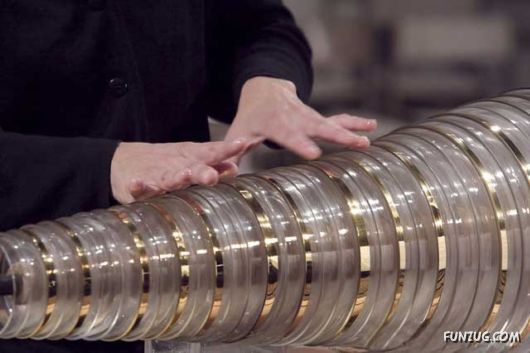 Those musical lovers who?ve heard an expert play Jaltarang and liked it, then here is the western version of the same but in a slightly different way. This instrument known as the glass armonica, was invented in 1761 by Ben Franklin. Basically, it consists of 37 bowls arranged on a spindle and slowly spun. To play the instrument, the player merely touches the glass with wet fingertips. What makes this instrument even more unique is the fact that two tones can be played on it at once. Even great composers like Mozart and Beethoven were tempted by this instrument and composed several tunes for it. 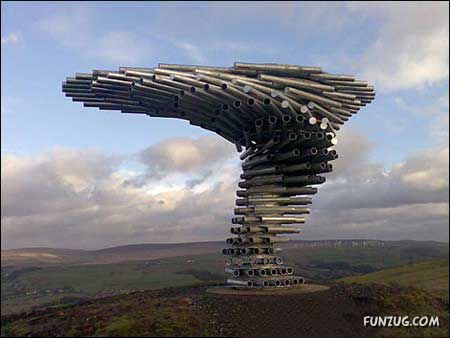 Here is a fusion of music and art in the form of a musical instrument as well as a piece of architecture. The architects Mike Tonkin and Anna Liu have created this monument in the shape of a tree on top of a hill at Lancashire, England. It consists of a series of pipes, cut and stacked in a spiral fashion. This is basically a windpipe instrument and when the wind blows on the hills, a relaxing sound echoes through the hillside.