We all need a little science. AND IT IS BEAUTIFUL…….. 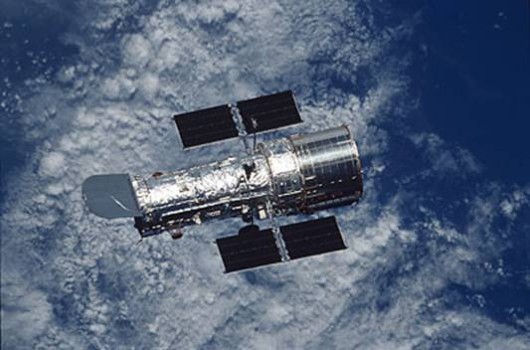 Astronomers Select Top Ten Most Amazing Pictures Taken by HubbleSpace Telescope in Last 16 Years
‘…they illustrate that our universe is not only deeply strange, but also almost impossibly beautiful.’
Michael Hanlon/AH (Nov 25th, 2006)

After correcting an initial problem with the lens, when the Hubble Space Telescope was first launched in 1990, the floating astro-observatory began to relay back to Earth, incredible snap shots of the ‘final frontier’ it was perusing.

Recently, astronauts voted on the top photographs taken by Hubble in its 16-year journey so far. Remarking in the article from the Daily Mail, reporter Michael Hanlon says the photos ‘illustrate that our universe is not only deeply strange, but also almost impossibly beautiful.’ 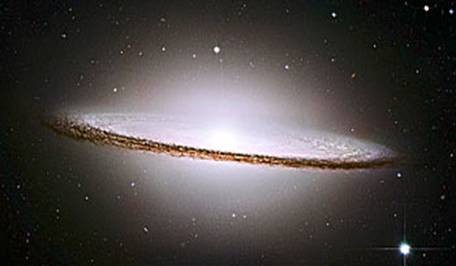 The Sombrero Galaxy – 28 million light years from Earth – was voted best picture taken by the Hubble telescope. The dimensions of the galaxy, officially called M104, are as spectacular as its appearance It has 800 billion suns and is 50,000 light years across. 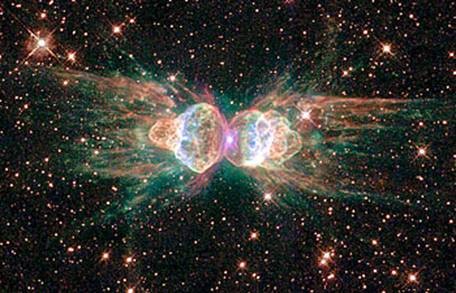 The Ant Nebula, a cloud of dust and gas whose technical name is Mz3, resembles an ant when observed using ground-based telescopes… The nebula lies within our galaxy between 3,000 and 6,000 light years from earth 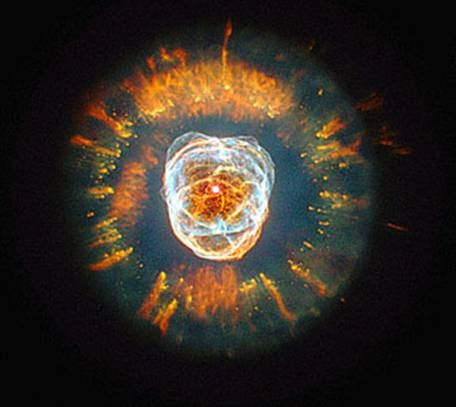 In third place is Nebula NGC 2392, called ‘Eskimo’ because it looks like a face surrounded by a furry hood. The hood is, in fact, a ring of comet-shaped objects flying away from a dying star. Eskimo is 5,000 light years from Earth. 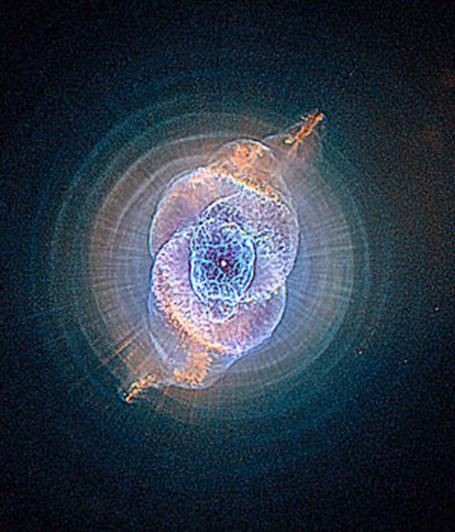 At four is the Cat’s Eye Nebula. 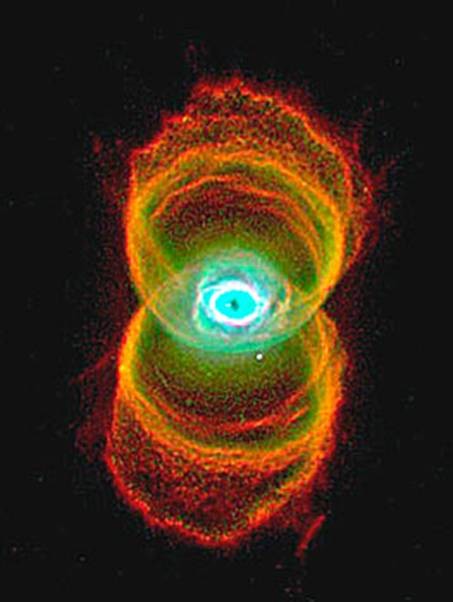 The Hourglass Nebula, 8,000 light years away, has a ‘pinched-in-the-middle’ look because the winds that shape it are weaker at the centre 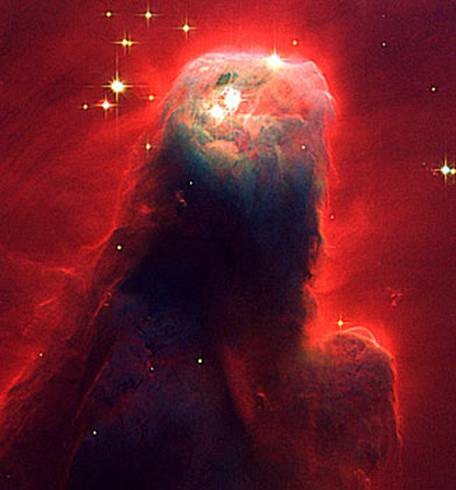 In sixth place is the Cone Nebula. The part pictured here is 2.5 light years in length (the equivalent of 23 million return trips to the Moon). 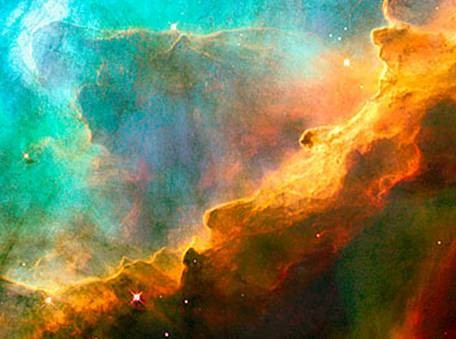 The Perfect Storm, a small region in the Swan Nebula, 5,500 light years away, described as ‘a bubbly ocean of hydrogen and small amounts of oxygen, sulphur and other elements’. 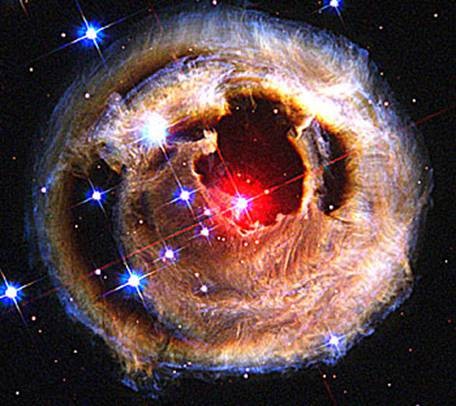 Starry Night, so named because it reminded astronomers of the Van Gogh painting. It is a halo of light around a star in the Milky Way.

The glowering eyes from 114 million light years away are the swirling cores of two merging galaxies called NGC 2207 and IC 2163 in the distant Canis Major constellation. 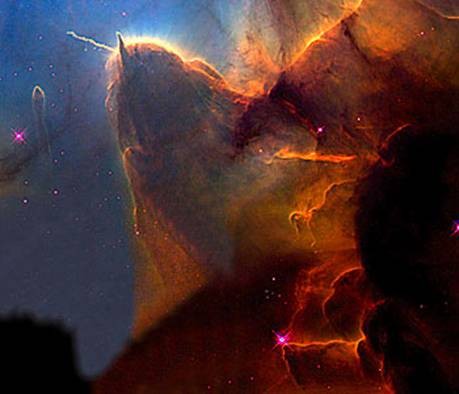 The end….you have just seen the Top 10 Hubble Pictures!!!