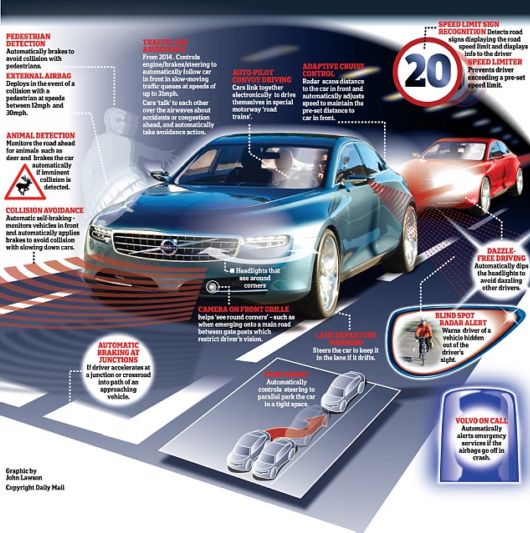 Car giant Volvo is developing ‘no death’ cars that drive themselves and are impossible to crash ? ready for launch in showrooms within eight years.

The computerised vehicles will be fitted with high-tech sensors and will ‘refuse to be steered’ into other objects.
Volvo says they will be on sale to customers by 2020, but that some of the life-saving technology will be incorporated into its vehicles even earlier ? from 2014 ? it says. 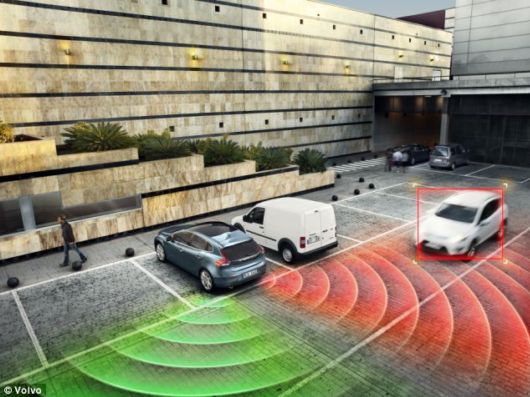 The car will be fitted with dozens of sensors allowing it to monitor both pedestrians and other traffic, and take action to avoid collisions. Volvo claims by 2020 it can eradicate accidents and deaths in its vehicles.

Sensors will also work at high speeds, ensuring the car is a safe distance from surrounding vehicles. 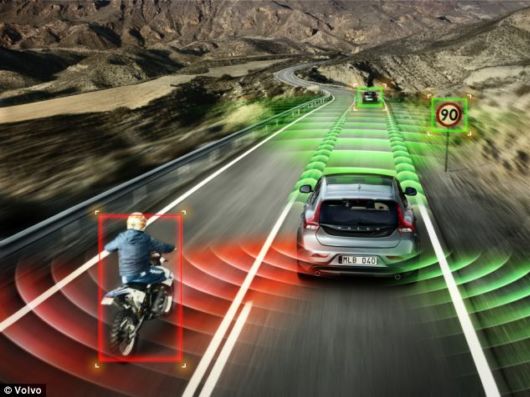 Volvo’s head of government affairs Anders Eugensson said: ?Our vision is that no one is killed or injured in a new Volvo by 2020.?
Swedish-basedVolvo – now owned by China’s Geely group – said the first versions of its crash-free cars would meant for driving in towns at a maximum speed of 31mph.

It is part of the race by leading car manufacturers including Volvo, FordMercedes-Benz, BMW, Vauxhall and even Google to build fully automomous ?Robo-cars? that can drive themselves ? like the one which actor Will Smith drove in the sci-fi movie ?I, Robot.?Thebiggest hurdle is not the technology which is largely developed ? but public acceptance of it and and issues of who would be liable if a crashproof car did actually crash: the driver or the manufacturer?

Volvo?sMr Eugensson said;?We have tested prototypes on thousands of miles of test drives on public roads in Spain and on the company’s test track in western Sweden. 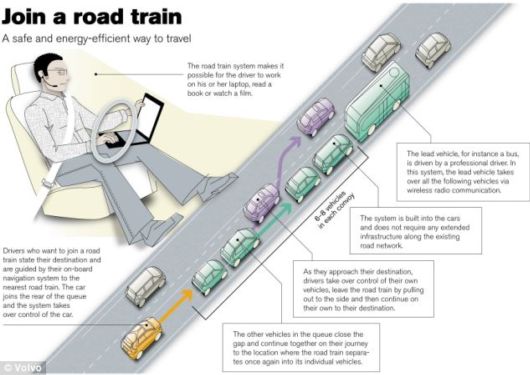 ?The car of the future will be like the farmer’s horse.’ ‘The farmer can steer the horse and carriage but if he falls asleep the horse will refuse to walk into a tree or off a cliff.? 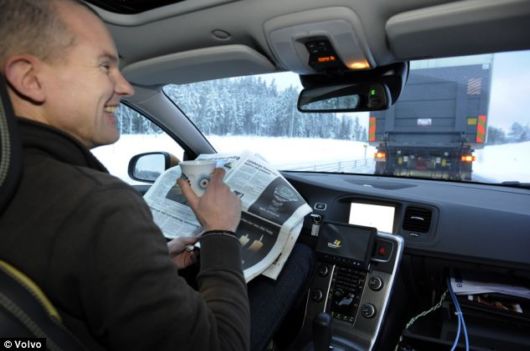