These 25 Tips Will Help You Live MUCH, MUCH longer

Having a long life doesn?t always go hand in hand with a happy one, as many people fear that their final years will be difficult and unpleasant. The truth of the matter is that there is nothing holding you back from living a long, as well as a happy life. In fact, there are numerous studies, tips, advice, and people with undeniable experiences who can help you get to that goal. You don?t have to take all of these at face value, but adopting a few of these suggestions can result in an improved lifestyle that?ll allow you to live longer and be happier.
Keep reading and you?ll find some of the simplest and most enjoyable ways to live to be over 100 years young. 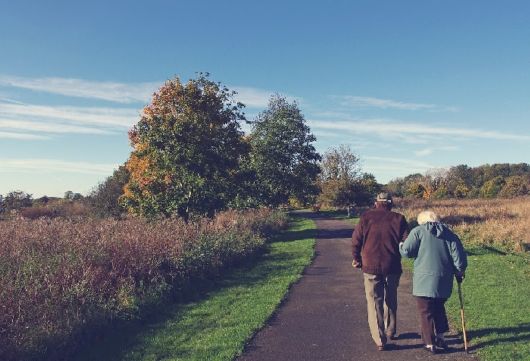 1. Let your conscience be your guide

In the book ?The Longevity Project?, Howard Friedman and Lesley Martin detail the findings of their study into our lifestyle, and it contains quite a few surprises. One of their most astounding conclusions is that people who lived most of their lives at peace with themselves and always followed their heart, suffered from less stress, tension, and diseases. As a result, they were also more successful in their love life and careers.

In a recent study a group of 243 seniors who lived up to 100 or more had two main characteristics in common. One being the love of laughter. ?They considered laughing a major part of their life,? says head researcher Kaori Kato, and thanks to their second common characteristic ? openness and extrovert, laughter was indeed an inseparable part of their lives.

In a recent conducted on a group of 7,000 people aged 55-90 found that one of the simplest, yet most influential factors in longevity, was nuts. People who ate nuts on a regular basis enjoyed a lower body mass, smaller waistline, and 39% less risk of dying prematurely. 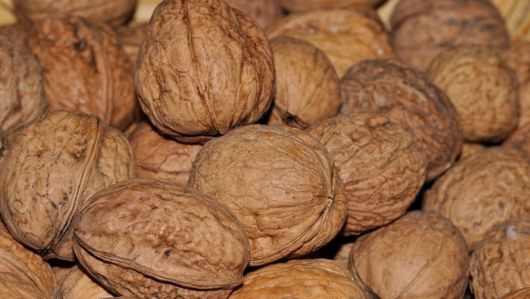 Good news for shopaholics ? a study in Taiwan found that amongst people over 65, shopping is good for their health. From a 1,850 test group, 28% men and 23% women who shopped regularly, enjoyed a higher probability of living longer. According to the findings, the main reasons were the physical exercise that shopping entails when walking around, as well as the social interaction and elevated mood you feel while shopping. An important factor to note is that you do not need to buy anything to enjoy these benefits.

At 116, Susannah Mushatt Jones is currently the world?s oldest person and attributes it all to one simple ?trick?. ?She treats everyone with the same courtesy and integrity she expects them to treat her,? says her niece. Additionally, Jones has been taking blood-pressure medication and eats a balanced diet of beef, chicken, fruits and vegetables.

American health and fitness guru, Jack Lalanne, who passed away at the age of 96, used to say that ?you have to know how to satisfy yourself, and those who don?t, will fail at life.? The satisfaction Jack spoke about referred to many things ? from physical exercise and nutrition to rest and leisure. Remember, it?s important to love and respect others, but if you want to live to 100, don?t neglect the most important person in the world ? you.

Forget the money you?ll save, here?s another reason that?ll get you to cook more at home: A test performed by Cambridge University found that people who eat homemade food at least 5 days a week are 47% more ly to live beyond 100, when compared to those who don?t. So next time, instead of ordering in, whip up a home-cooked meal.

Practicing yoga on a daily basis has many health benefits that go beyond stress relief and improving your flexibility. Practicing yoga requires nothing more than a mat and the will to practice, so everyone can, and should start doing yoga. 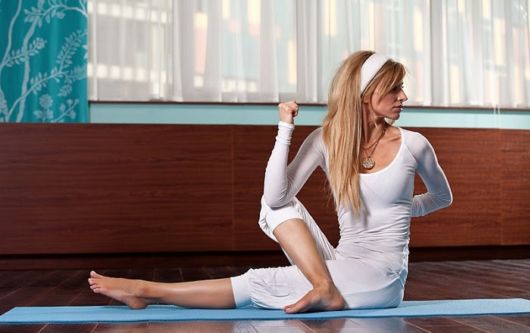 The same research that found laughter and being extroverted as being essential components for people to live beyond 100 years, also found that optimism is an essential ingredient in the recipe for longevity. ?When I started working with people who are over 100 years old, I thought that they owed their long life to stubbornness and rigidity? said Dr. Barzilai of the research team, ?but when we compared the personality traits of all 243 participants, we found that the data clearly points to a positive and optimistic outlook on life.?

10. Don?t overdo it with the positivity

Continuing from #9, remember that it is important to be optimistic, but you have to be careful not to overdo it and think that everything is peachy. This finding was revealed in a study by Frieder Lang, PhD, who found that older people who have a way-too-positive outlook on life will suffer from a lot of disappointments, which will lower their quality of life. ?Pessimism makes you more conscious, whether it?s about your health or about following instructions,? says Frieder, and that?s why we have to be moderate in our optimism, particularly at an advanced age.

11. Avoid unnecessary fights in your relationship

A stormy relationship not only hurts your quality of life, but it can make it shorter! While studying over 1,700 married couples, researchers at Bingham University in Utah found that the more couples fought, the more each partner’s health deteriorated. Remember ? fighting is normal, but fighting too much is just unhealthy. 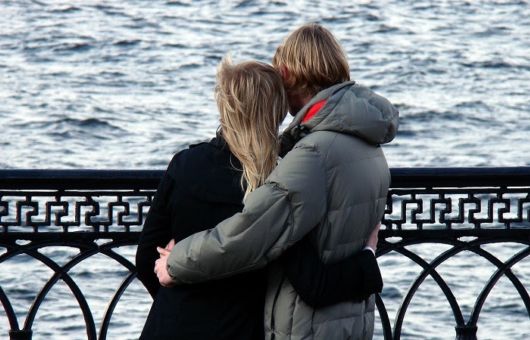 As mentioned in #11, a happy marriage means a longer life. However, if you and your partner simply can?t get along, getting a divorce may not be a bad thing. Studies have shown that women who divorce enjoy a new path filled with satisfaction, excitement, and stable health. In the book ?The Longevity Project?, the authors explain that most women have a stable social circle that supports them after their divorce. But for both men and women, if things aren?t working, calling it quits is not always a bad thing.

Maintaining your oral health is not just aesthetically pleasing and a way to avoid going to the dentist ? it can extend your life. After following 5,500 adults for 18 years, University of California researchers found that those who didn?t brush their teeth at least once a day, were amongst a higher risk group (65%) for getting dementia. While this link was not fully explored or explained, other studies show that people who suffer from Alzheimer?s usually have more bacteria associated with gum disease in their mouths.

Nutritional fibers, especially the kind found in whole grains, can protect your body from heart disease, infections, and an assortment of respiratory problems that can shorten your lifespan. These findings, published in the American Internal Medicine Archive, were the result of a Study comprising 388,000 participants. The study?s results showed that people who consumed the recommended daily amounts of dietary fibers (25 grams for women and 38 grams for men), enjoyed better health for years.

Middle-aged people will benefit greatly from drinking one glass of wine per day, according to several studies. The key factor here is moderation, as the same studies showed that excessive consumption of alcohol increases your risk of dying by 42%.

We all know that fatty fish are an excellent sources of Omega-3 fatty acids – a substance that does wonders for the body and can contribute to longevity. Harvard University researchers discovered that people with high levels of Omega-3 in their blood had a longer lifespan of 2 years (on average) when compared to those with low levels of Omega-3. For those of you who don’t fish, there are other foods that are rich in Omega-3.

17. Spend more time in bed, but not asleep

Do you think you?re too old to have sexual relations? You may be surprised to learn that sex can add 8 years to your lifespan. In a study found that not only is sex good for your mood and health, it also does wonders for your heart?s health. Out of 1,165 middle-aged men tested, those who engaged in intercourse more than twice a month were 45% less ly to have a heart attack when compared to people who only had it once a month or less. 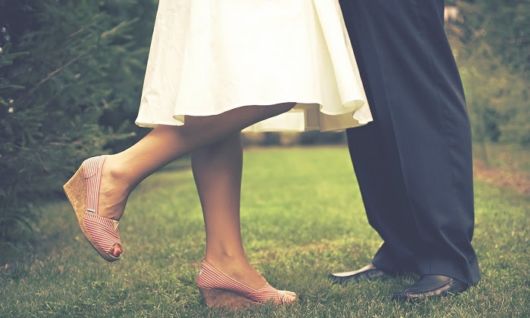 Pets make great companions, and their unconditional friendship is truly amazing, but they are also a serious factor in their owners? quality of life and lifespan itself. The benefits are bountiful, from stress relief, to a daily dose of physical exercise both of which can reduce the risk of a heart attack by 33%, as well as help in dealing with depression.

A Tel-Aviv University study that followed 820 adults for more than 20 years found that people who established relationships in their workplace enjoyed a longer life than those who didn?t. The reason seems to be that these friends form a safety net and provide social support even in a place that is considered to be competitive and stressful. The most disturbing finding was that people who established negative relationships in their workplace were 2.4 times more ly to die at a younger age.

The majority of residents in Okinawa, Japan who are over the age of 100, have both a Zen garden and a vegetable garden. This hobby seems to be common practice in other places around the world among people who enjoy a long lifespan (Sardinia, Italy ? for example). While this theory is mainly comparative, one cannot deny that it forces you to step out and get some fresh air and sunlight, as well as enjoy organic vegetables. Undoubtedly these factors contribute to longevity.

21. Believe in your own health

Often, researchers who study longevity ask their test subjects how they’d rank their level of health. While those who are indeed sickly would rank it low, some healthy people gave similar answers, and these answers seemed to become a self-fulfilling prophecy. When it comes to being positive, your health should rank high as it will help you stay alive and healthy.

22. Turn off the TV, but stay informed

While the TV is a source of information and entertainment, in a study discovered that in people over the age of 25, for every hour spent watching television their lifespan shortens by 22 minutes. While this is indeed worrying, it doesn?t mean you need to disconnect completely. Getting information is actually beneficial, so you can substitute that TV time for reading newspapers, books, or articles on the internet. People who are exposed to a lot of information will often know more about healthy eating and be more aware of the world around them. 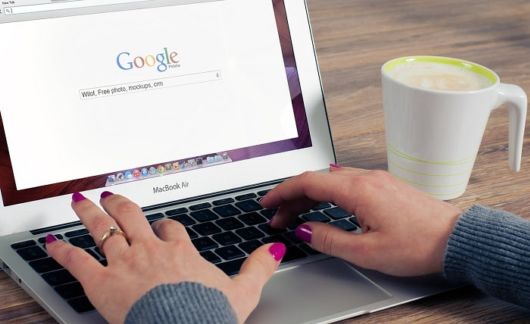 Having a sweet tooth can seriously damage your health and lower your chances of reaching the age of 100. Cynthia Canyon, a molecular geneticist from San Francisco, performed tests on nematodes and discovered that sugar-rich diets shorten their lifespan by 20%. It?s important to avoid processed sugar (plain white) and make the effort only to use natural, unrefined sugar, or get your dose of sweetness by eating fruits.

24. Let yourself be creative

The U.S. Army recently conducted a survey of its large senior veterans population, which resulted in interesting findings that link a person?s level of creativity to their life expectancy. The more creative test subjects showed a 12% longer lifespan on average. The good news is that you?re not born with creativity – it?s something you can adopt and develop.

Some might say that this is the most important point in this article, because having this kind of outlook on life and the time that passes us by, will determine how well we?ll perform when it comes to the previous 24 points. People who face aging head on and without fear are the ones who will enjoy old age for longer, in comparison to their counterparts. Remember ? every candle on your cake is an accomplishment, and that even though time seems to fly, we should devote ourselves to enjoying it and making the most of whatever time we have left.