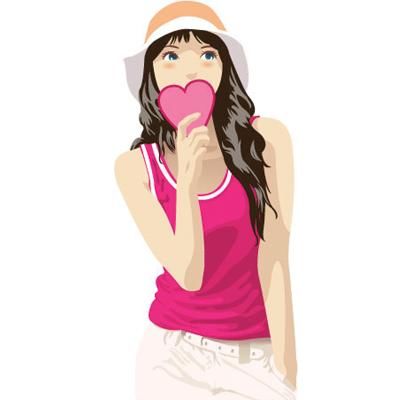 Doesn’t matter whether she is interested in you, you’ll make her interested eventually anyway. But look for these signs to show you whether you’re already making progress. It’s also fun to look for these signs as a by-stander, either in everyday situations or for example in a bar – when the guy earnestly believes he is being sooo smooth but the woman he is talking to isn’t displaying any of the signs presented below, you can’t help but have a chuckle about it.

While she is seated –

When talking to a girl, these are some of the more important signs to watch for –

Now I don’t have to explain what the answer “yes” to these questions means, do From “Sweep women off their feet…”: “All these signs usually tell you that the girl is captivated by your charms. But before you get there, chances are that her body language changes as the discussion progresses. Make sure that you watch her closely and as soon as you get a sign that should be an indication that you are on the right track, keep going in that direction. If the opposite happens, just change the subject and see what happens.” The really gorgeous and beautiful girls however very seldom get around to displaying the signs of interest described above. They simply don’t have to, as they are used to getting some attention already long before that. With such girls you have to be on a lookout for the initial and thus much more subtle signs of interest. One example of this would be a gorgeous girl simply looking at your face. Obviously people tend to look at what or whom they like to look at. But whereas an average girl first just looks at your face and then progresses into the more overt signs of interest described above, looking at your face from time to time might be the only sign of interest you’ll ever get from the most beautiful of girls. So if you think you’re not getting any signs of interest from beautiful girls – you are, but you just can’t see them well enough yet.

Don Steele: “Here are signs of interest sent from across the room. Most are applicable to both $exes. The sequence of the list approximates the courtship sequence.