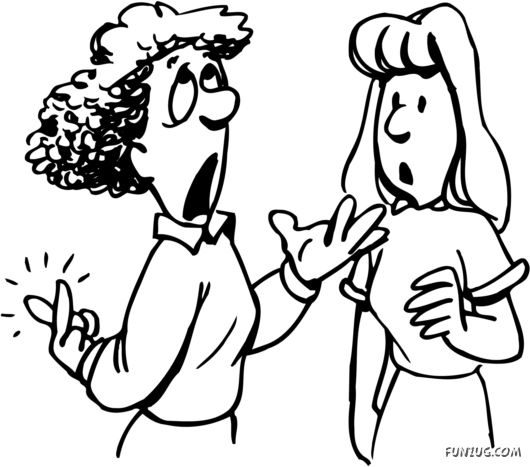 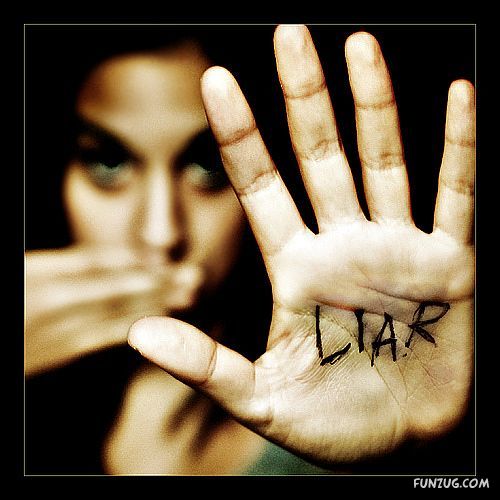 Watching body language in addition to what is spoken might just save you from being a victim of fraud, or it could help you figure out when somebody?s being genuine. The police do this during an interrogation.

You have to learn the little facial and body expressions that can help you distinguish a lie from the truth. Here are some steps and tips to do so.

1. Learn to recognize deflections. Usually when people are lying, they will tell stories that are true but are deliberately aimed at not answering the question you asked. If a person responds to the question ?Did you ever hit your wife?? with an answer such as ?I love my wife, why would I do that??, the suspect is technically telling a truth, but they are avoiding answering your original question, which usually means they?re lying.

2. Mind exaggerated details. See if they are telling you too much, like ?My mom is living in France, isn?t it nice there? Don?t you like the Eiffel tower? It?s so clean there.? Too many details may tip you off to their desperation to get you to believe them.

3. We have illustrators, and manipulators. Illustrators are a sign of telling the truth, this is when you are using your hand gestures to talk. moving your hands while you are talking is a sign of telling the truth. We also have manipulators. These, are the opposite of illustrators. An example of a manipulator can be playing with your wrist-watch, your jewelry, pulling on your ear lobe, etc. People who behave this way tend to be hiding something. The last, commonly unknown sign of hiding something is reptile tissue, most people have a reptile tissue in their nose, and it itches when you?re hiding something. But, before you assume that the person is hiding something, please establish a base line.

4. Base Line: A base line is what someone acts like when they are not lying. You have to get a base line before you proceed with anything. Imagine you have a itch on your nose ever since you got out of bed. And someone thinks you are hiding something because you scratch your nose when answering a question?oops. What the person should have done is establish a baseline. To establish a baseline, you need to see the person when they aren?t lying. Try asking what their name is, and what they do for a living.

5. Look out for micro-expressions. Micro-expressions are split second facial expressions that flash on a person?s face for a less than a 25th of a second and reveal the person?s true emotion underneath their facade. Some people may be naturally sensitive to them, but almost anybody can easily train to be able to detect microexpressions. Put focus to the upper and lower eyelids, the corner of the eyes, the mouth and the muscles surrounding the mouth, the eyebrows and forehead.

6. Shaking hands? When you meet the person who you think is deceiving you, shake their hand. Take note of the temperature. When you are sure they are lying to you, pretend to be leaving and quickly grab their hand for a ?Good-Bye? Handshake. If the temperature is colder, they are fearful.

7. Notice the person?s eye movements. Contrary to popular belief, a liar does not always avoid eye contact. Humans naturally break eye contact and look at non-moving objects to help them focus and remember. Liars may deliberately make eye contact to seem more sincere. You can usually tell if a person is remembering something or making something up based on their eye?s movements. When someone is remembering details, their eyes move to the right (your right). When someone is making something up, their eyes move to the left. It?s usually reversed for lefties. (although not always true.)

8. Be aware of their emotional responses
Timing and duration tends to be off when someone is lying. If you ask someone a question and they respond directly after the question, there is a chance that the person is lying. This can be because they have rehearsed the answer, or they?re already thinking about the answer just to get it over with and move forward. A delayed answer can be a sign of lying. To tell the truth takes 2 parts of your brain at most, however to lie takes 6 parts of your brain. If the person has a long story then you can ask them to tell it backwards. Liars have trouble telling stories backwards, because in their mind they have rehearsed it forwards, but not backwards. And, as with smiling, facial expressions of a poor liar will be limited to the mouth area.

Pay close attention to the person?s reaction to your questions. A liar will often feel uncomfortable and turn their head or body away, or even subconsciously put an object between the two of you. Also, while an innocent person would go on the offensive (usually responding with anger, which will usually be revealed in a microexpression directly after you say you don?t believe them), a guilty person will often go immediately on the defensive (usually by saying something to reassure their facts, such as deflections).

9. Listen for a subtle delay in responses to questions. An honest answer comes quickly from memory. Lies require a quick mental review of what they have told others to avoid inconsistency and to make up new details as needed. However, when people look up to remember things, it does not necessarily mean that they are lying.

10 .Be conscious of their usage of words. Verbal expression can give many clues as to whether a person is lying, such as:
Using/repeating your own exact words when answering a question
Not using contractions
Avoiding direct statements or answers (deflections)
Speaking excessively in an effort to convince
Speaking in a monotonous tone
Speaking in muddled sentences
Vocal pitch rising
Using classic qualifiers such as ?I?m only going to say this once??
Using humor and sarcasm to avoid the subject
Using Deflections (beating around the bush, not answering the question.)

11. Allow silence to enter the conversation.
If they?re lying, they will become uncomfortable if you stare at them for a while with a look of disbelief. If they?re telling the truth, they will usually become angry or just frustrated (lips pressed together, brows down, upper eyelid tensed and pulled down to glare).

12 .Change the subject quickly. While an innocent person would be confused by the sudden shift in the conversation and may try to return to the previous subject, a liar will be relieved and welcome the change. You may see the person become more relaxed and less defensive.

13. Watch his or her throat. A person may constantly be either trying to lubricate their throat when he/she lies by swallowing or clearing their throat to relieve the tension built up. A person?s voice can also be a good lie indicator; they may suddenly start talking faster or slower than normal, or their tension may result in a higher-pitched speaking tone. See baseline info

14 .Check the facts. If you have the means, check the validity of what the liar is saying. A skilled liar might give some reason why you shouldn?t talk to the person who could confirm or deny a story. Perhaps the liar will infer that the person is particularly favourable towards the liar, or that the person would have little time for you. These are probably lies themselves, so might be worthwhile overcoming your reluctance and to check with the person you?ve been warned against.

15. Judge the character. Most people tell the truth most of the time, and will cherish their reputation. Liars will ?sail close to the wind? ? they?ll artificially bolster their reputation so that they seem more credible or desirable than they actually are.
If you overhear a version of an anecdote that seems wrong, listen to those alarm bells ? it might be a liar.
If someone takes the time out to ingratiate themselves with you out of the blue, it?s very flattering, but you have to ask, why are they doing that?
If John rubbishes or smears people more than normal, John is possibly putting in the groundwork so the audience are more receptive to John, and less receptive to the people who John has lied to ? they?re discredited before they can say ?John is a liar?.

Some people are extremely experienced or even professional liars. He or she has told their made up story so many times that they are actually believable, getting all their days, dates and times down perfectly! Sometimes, you may need to simply accept that you can?t catch every lie all the time.
If you do catch a lie, don?t reveal it to the liar; they will just adjust their story. Once you know one thing that is not true, you can use it to find more of the net of lies, and other nets of lies. Then decide which points you reveal and to whom.