Since the opening of the Marmaray tunnel in October, it’s easier than ever to travel both sides of the Bosphorus. 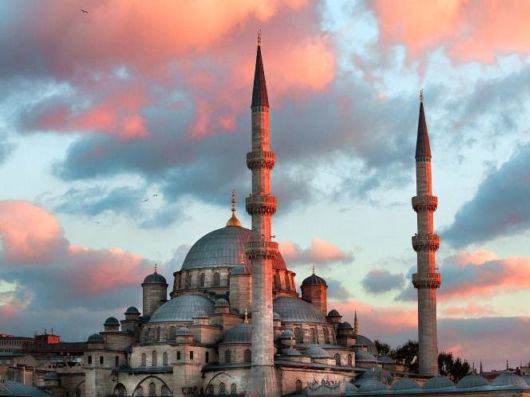 Anna Serrano/SOPA RF/SOPA/Corbis – The clichés are true: Istanbul, sprawling over both the European and Asian continents is a thoroughly beguiling mixture of east-meets-west. Now it?s even easier to go between the two. Since the opening of the Marmaray metro in October, travellers can now criss-cross the gap with ease, with journeys under the Bosphorus river taking a matter of minutes. Still, the abundance of ferries means that if you?ve got time to spare, you can always take the scenic route.
Shopping 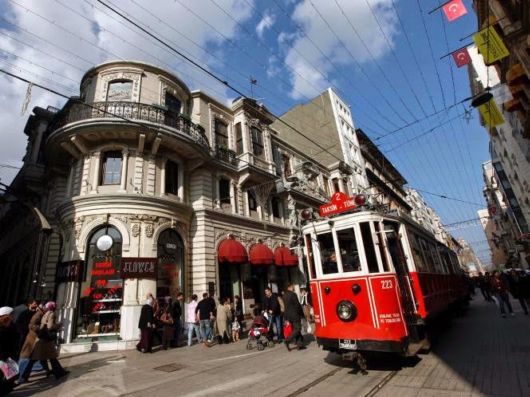 MURAD SEZER/Newscom/RTR – For a taste of Istanbul beyond the postcards, head to Istiklal Caddesi, the main pedestrianised thoroughfare in the Beyoglu area. It is situated just off Taksim Square, and by day you can indulge in a spot of serious shopping, visit art galleries, or catch a ride on the antique tram that cuts a dash through the crowds. By night, the street transforms into the spot for promenading. Buskers sing, the glistening meat of kebab stalls beckons and the streets are packed. Slip down one of the many side streets to escape the crowds ? vintage-lovers should try the less busy Cukurcuma) ? or alternatively, pull up a chair at the chichi House Café to get a ringside view of the action. 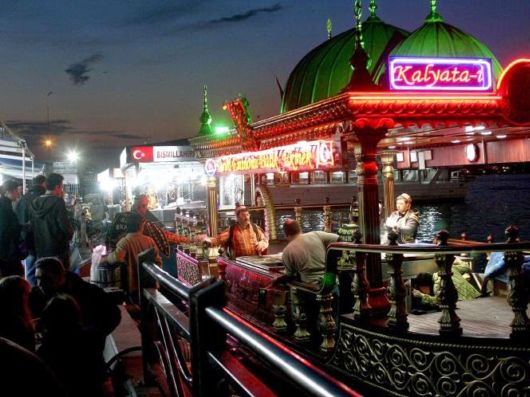 IES – It?s impossible to eat badly in Istanbul. If you?re on the go, grab a simit (a type of poppyseed bagel) from the vendors selling from their red carts, or the less healthy dondurma (Turkish ice-cream) ? try a branch of Mado for decent quality and flavours. Over in Sultanahmet, the unassuming Buhara restaurant serves typical Turkish cuisine, with excellent kebabs at reasonable prices, despite being so close to the touristy areas. Istanbul is also in the grip of a burger trend at the moment, so take your pick of the Americana at Mano Burger and Shake Shack. Otherwise, try a snack of fresh, grilled fish and bread from one of the regency boats on the Eminönü waterfront (pictured). 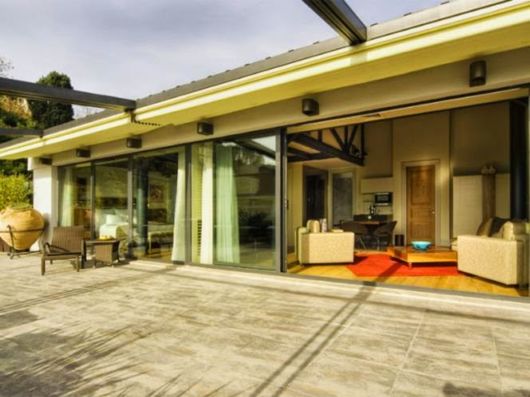 Hotel Tomtom – With a new Edition hotel and Shangri-La hotel having just opened, and Soho House due to pop up in 2014, the city?s going through a hotel boom. For something a little more secluded, the Tomtom Suites boutique hotel (pictured), situated in Tophane, is an exercise in old-world elegance. Within the historic mansion building, chic contemporary rooms with parquet floors add a touch of refinement. At night, head up to the rooftop bar, where you can catch a view of the Bosphorus and of ships winking in the distance. 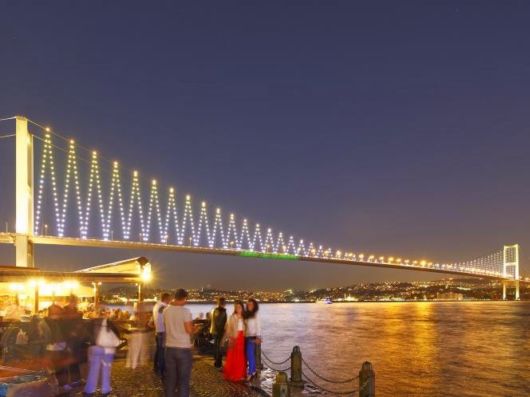 REX/Image Broker – Nightlife isn?t just confined to the clubs and bars of the European side. Hop on a ferry to Kadıköy on the Asian side and make your way to Kadife Sokak, where cool indie bars and pubs with a punky vibe are the order of the day. Forget the see-and-be-seen vibe of the European side?s more exclusive clubs, here it?s all about the music. Karga Bar is a mini-institution, while Buddha bar is the place to go for live bands. 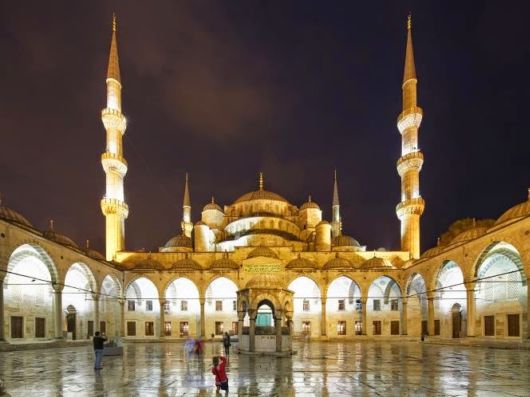 Image Broker/Rex Features – The Old City is Istanbul?s main tourist attraction and with good reason ? Sultanahmet, as the area is known, should not be missed. All of the main sights are situated in one useful cluster of splendid architecture. Take a day to enjoy the unmistakeable curves of the Blue Mosque (pictured), alongside the 1,500-year old Hagia Sophia, and the majestic Topkapi palace with its absurdly magnificent views over the Bosphorus. A great (if intrepid) way to see the sights is by bike. The bicycle touring company Istanbul on Bike leads half-day tours around all the key sights, but it?s one for confident cyclists only. 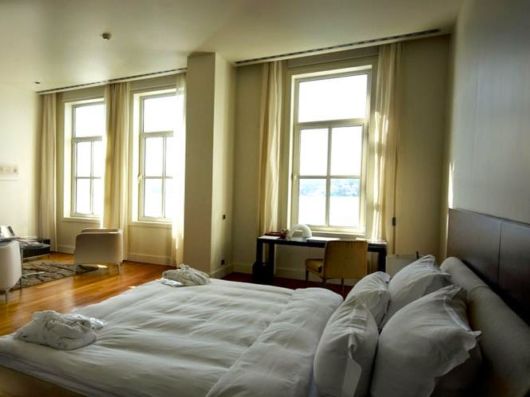 A’jia Hotel – Despite a lack of tourist amenities on the Asian side, the A?jia boutique hotel is one more reason to cross over to it. Located in the northern suburb of Kanlica, and housed in a converted a 19th-century Ottoman mansion, the rooms are decorated in a neutral palette, with an airy and spacious feel to them. Still, the hotel?s main draw is its location right on the waterfront. Request a room with a Bosphorus view, or simply enjoy watching the sea traffic from the comfort of the open-air restaurant. 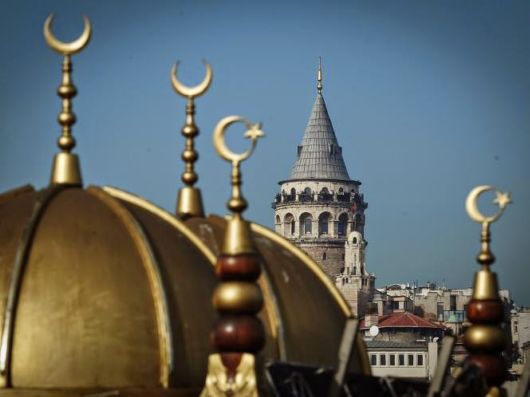 ASSOCIATED PRESS – Istanbul?s hilly terrain makes it a strain for walkers, but also means the city has many great viewpoints. Walking to the top of Yıldız Park in Besiktas is well worth the exertion, not only for the views over the river, but also for the chance to luxuriate in one of the few expanses of greenery in the city. The 14th-century stone Galata Tower (pictured), which stands 67m tall, is another excellent spot for 360-degree panoramic views of the city 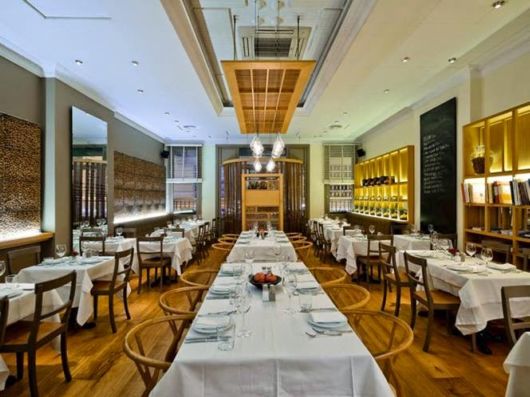 Lokanta Maya – If you?re looking for the heart of trendy Istanbul, Karaköy is where you?ll find it. Despite the area?s slightly shabby appearance (it?s one of the oldest districts in the city), a small warren of cool bars, shops and cafes has sprung up around Kilic Ali Pasa Mescidi, attracting a swathe of hipster types. Muhit serves simple but cozy comfort food, while tiny Baltazar does a nice line in steaks and burgers. As for baklava, Karaköy Güllüoglu is the only place to go. Round the corner, the fine dining at Lokanta Maya (pictured) and design boutiques such as Atölye 11 are leading the charge in Karaköy?s renaissance. 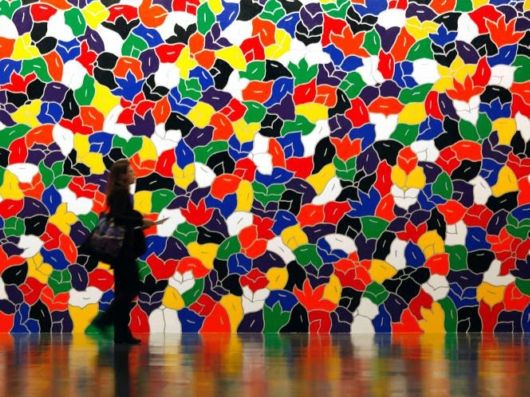 MURAD SEZER/Newscom/RTR – The latest heavyweight arrivals on the Istanbul art scene, SALT Galata and SALT Beyoglu, are a must-see for any culture vulture. At the Beyoglu branch, catch exhibitions featuring some of Turkey?s most important contemporary artists, while the Galata branch houses the fascinating Ottoman bank museum. Also in Beyoglu is the Istanbul Modern art museum (pictured) where exhibitions focus on a broader mixture of international artists. 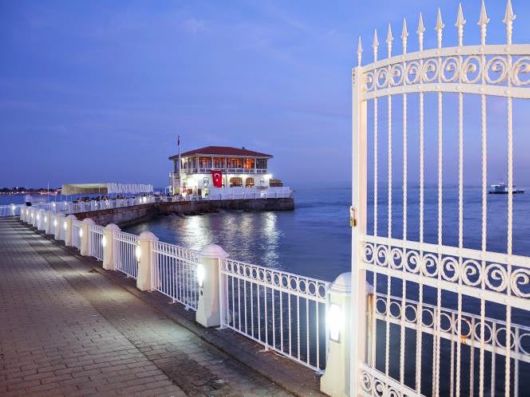 Anna Serrano/Grand Tour/Corbis – On the Asian side, connected to Kadıköy by an antique tram, is Moda, a slightly more residential area. You might not be interested in seeing houses (although there are some fine specimens of old Ottoman architecture to be found) but the large park, which looks out onto the Bosphorus and Sea of Marmara, makes it the perfect place to escape the city. Grab a cup of çay (tea), go for a relaxing stroll down Moda pier, and take in a view that other tourists rarely see: the skyline of Istanbul?s European side.