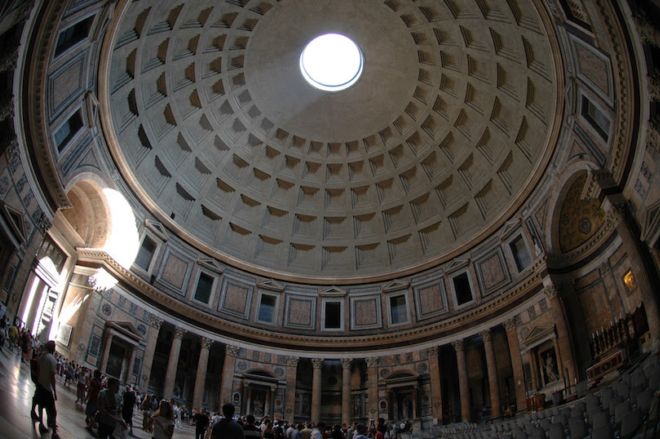 One of the best preserved Roman buildings, The Pantheon in Rome was built in 126 AD as a temple for all the Roman gods. The temple has served as a Roman Catholic Church since the 7th. The Pantheon consists of a large circular portico with three ranks of huge granite Corinthian columns. The portico opens into a rotunda which is topped with a concrete dome with a central opening: the oculus. A great time to visit the Pantheon during a Roman tour is when it’s raining in Rome and you can see the rain pouring into the building through the oculus. 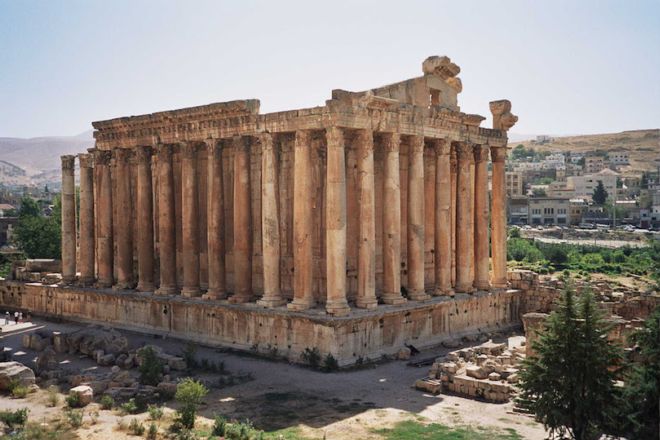 Baalbek, also called Heliopolis, is a spectacular archaeological site in northeastern Lebanon. From the 1st century BC and over a period of two centuries, the Romans built three temples here: Jupiter, Bacchus and Venus. Created to be the largest temple in the Roman empire, the temple of Jupiter was lined by 54 massive granite columns each each of which were 21 meters (70 feet) tall. Only 6 of these titanic columns remain standing but even they are incredibly impressive. The best preserved temple at the site is the Temple of Bacchus built in 150 AD. The ancient Roman temple was dedicated to Bacchus, also known as Dionysus, the Roman god of wine. Today, it is one of the top tourist attractions of a Roman tour in Libanon. 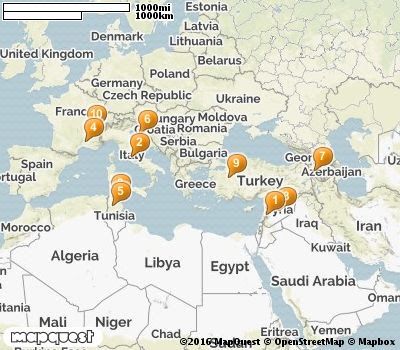