Bargaining is a part and parcel of Indian life and culture. Right from your subziwala to that car salesman, Indians bargain with anybody and everybody. It’s almost a feeling of pride when you bargain and get something for cheaper, even if it’s just Rs 10 less. However, there are people you should never bargain with in the country. Why? Read on to know.

If you think tourist guides overcharge you, think again. If the guide you are employing is a government-licensed tourist guide, then he has had to put in a lot of effort to become one. Did you know that tourist guides have to undertake an intensive 3-year training course on any monument and clear all history exams before getting their license? Also, despite all the effort and them being employed by the government, they earn no fixed salary. They only earn what the tourists give them during the peak season. During the off-season, they hardly have any earnings. So the next time you hire a tourist guide, try not bargaining with him for the price and let him earn his keep. 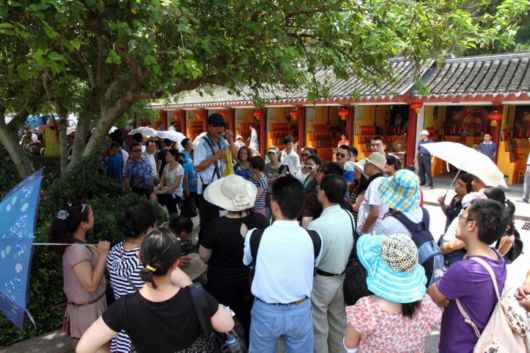 Alteration tailors or tailors who stitch custom clothes for you are unique to India and certain other developing countries. If you ever go abroad and try getting a dress "custom-made" you will end up paying double the cost of a branded dress. Tailors, especially alteration tailors, in India hardly earn a four-figure salary in a month and have to live life hand to mouth. When you buy branded clothes from shops worth hundreds and perhaps even thousands, you do not bat an eye-lid. But when it comes to shelling out Rs 50-100 for getting those clothes re-sized and perfect, you suddenly feel the pinch and bargain like there’s no tomorrow. Give the poor man a chance to survive and don’t bargain for such petty amounts. 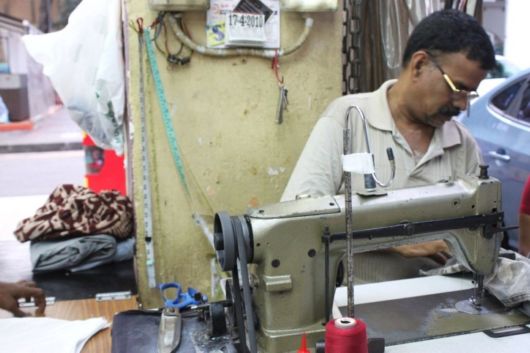 Being a cobbler in India is perhaps one of the most underrated professions. Just like with tailors, a lot of Indians buy branded and high-end footwear and then ask roadside cobblers to mend or stitch them to make them stronger. Indian cobblers, apart from mending shoes, also design the best custom sandals and shoes at the cheapest of rates. If you do not think twice about paying Rs 2500-Rs 3000 for a pair of branded shoes, why does it pinch you to pay even Rs 25 to mend them? Try getting a custom shoe made by a roadside cobbler and the fit and longevity of it will amaze you. The next time, do not haggle with the poor man. Give him what he deserves. 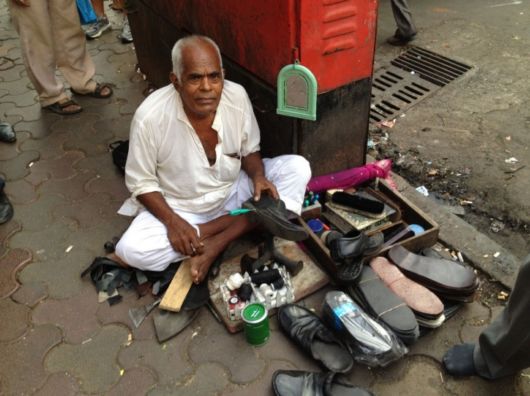 Shoe shiners on most train platforms and on roadsides are slowly losing business thanks to all the new variety of shoes in the market. But despite dwindling business and lot of hardships, these poor men continue to polish your shoes at throwaway prices. We really have nothing to say. But doesn’t it pinch your soul when you bargain with these poor men for a couple of pennies? They might earn the poor shoe-shiner his only meal for the day. 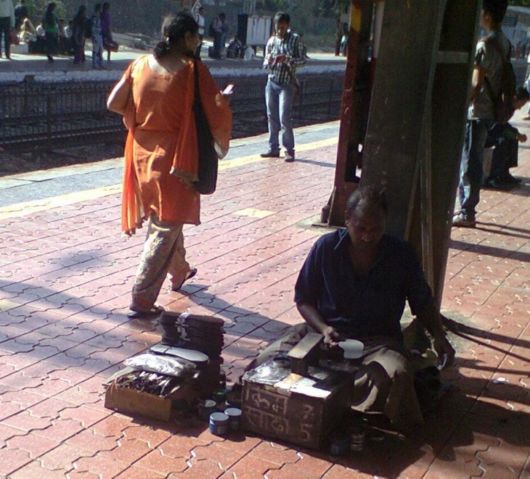 One of the most difficult professions in the country, the coolie takes everyone’s luggage and unburdens them. Literally. Being a coolie is a tough task. The man has to carry extremely heavy luggage and it takes a toll on his health. Add this to the fact that he generally jumps into moving trains to try and get customers. His job involves loads of risks. With modern bags with wheels and trolleys, their clientele is slowly dwindling. Theirs is a hard life with very little income on most days. Don’t begrudge them the extra 10 or 20 Rs. They deserve every rupee and more. 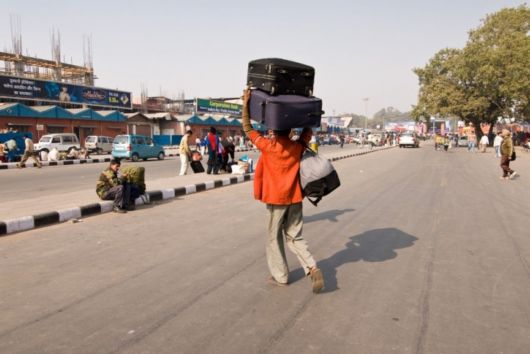 Bargaining with the local subziwalla or the vegetable vendor is something Indians do not even do consciously. They have been doing it forever and it is a habit now. But have you ever thought of the pains your vegetable vendor goes through? He probably wakes up at 3 in the morning to reach the area where the vegetables get delivered by trucks early in the morning. He then purchases these vegetables and sets up his stall and stands in the heat/rain/cold all day screaming out to passersby to buy the vegetables. His day begins early and ends late. And if no one buys his wares, they have to be thrown as vegetables and fruits have a short shelf life. When you buy vegetables and fruits from supermarkets, you do not even think about bargaining. Why then ask the poor vendor to reduce his price? If you want vegetables for cheaper, go to a wholesale market. Too far and tiring? Well, so is the vendor’s job. 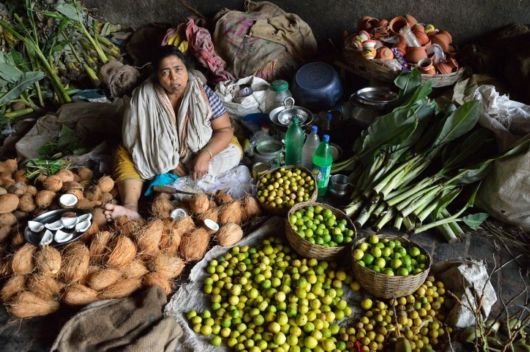 The blind and often physically challenged men who sell small items and kitsch by the roadside have no other means of income apart from being salesmen. There are times when they even get cheated by customers who offer them incorrect amount notes and then disappear and the poor men are left struggling. It is extremely difficult to be handicapped and illiterate in India, and manage to earn a decent income. The next time you think of cheating these poor men/women, think twice and pay them what they ask for. It will brighten their day and make you feel good. 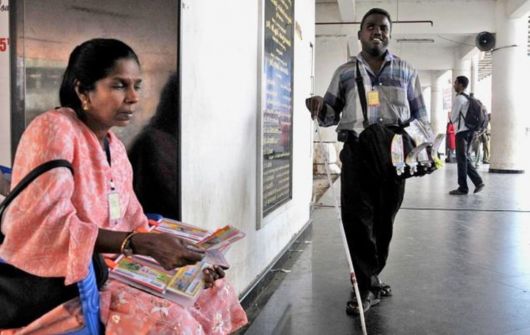 Most societies and apartment complexes in India have their own team of plumbers and electricians and the rates charged are as per rate cards. However, if you call an electrician and plumber on your own, you somehow end up bargaining for the tiniest amounts. If you are so miserly, instead of making the electrician/plumber run around to purchase the faulty parts, buy the parts yourself and try fixing the device. You’ll realise the pain and effort that goes into their task. And if you cannot do it, shut up and pay the man what he deserves. 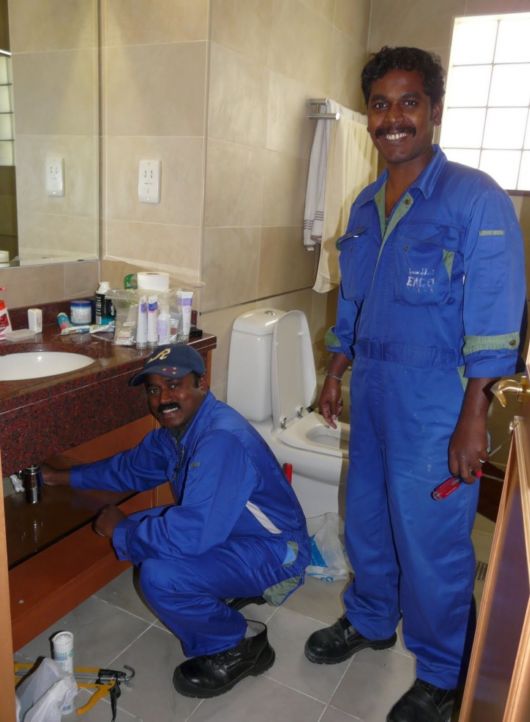 The men who come to paint your house live a tough life. They live with the smell of paint and varnish day in and day out. They make your house beautiful. And yet their efforts are never valued. They never even get to live in the sort of houses they paint. Appreciate their efforts and applaud them. Give them what they rightly deserve, without skimping. 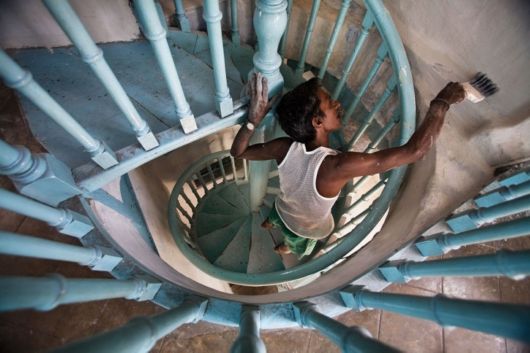 If you’ve ever been to a mountainous pilgrimage in India, you will know who we are talking about. Doli-wallahs assist those who cannot climb up to the temple at the top of the mountain. They carry these men in wooden chairs/small swing-like structures attached with bamboo poles. Their task is difficult and rigorous and they are generally incapacitated for 4-5 days after each trip. They barely earn Rs 1000 per head for each trip, of which they have to manage their food and give some amount to the organisation that recruits them. It is an arduous task for which they hardly earn anything. Plus, these sites are located in places where there is little or no scope for them to earn via other means. Be kind and do not bargain with them. Give them the fees because no amount can ever do justice to the efforts of these guys. 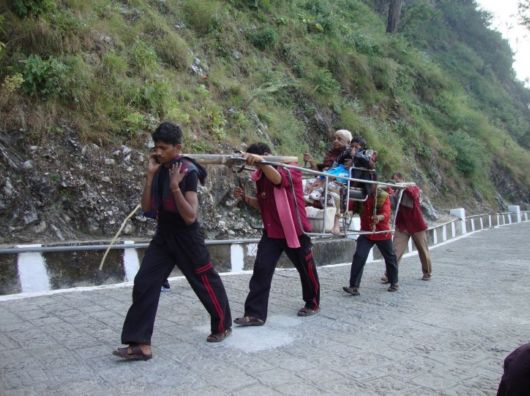