Canyons are formed from the constant erosion of mountains, cliffs or escarpments, and peaks from the action and course of wind and water, usually rivers. Rivers have a natural tendency to cut through underlying surfaces, and will eventually wear away rock layers to lessen their own pitch. Given enough time, their bottoms will gradually reach a baseline elevation ? which is the same elevation as the body of water it will eventually drain into. This action, when the river source and mouth are at much different base elevations, will form a canyon.

The world has many canyons that have been formed from the action of meandering rivers. The view of naturally sculpted rocks is absolutely mesmerising.

This canyon was formed from the confluence of the mighty Indus and Zanskar rivers. The different shades of blue of each river look like an easel being used to obtain a deeper, richer colour. Many trekkers head to this cliff to watch the rivers meet and take in this awesome view. 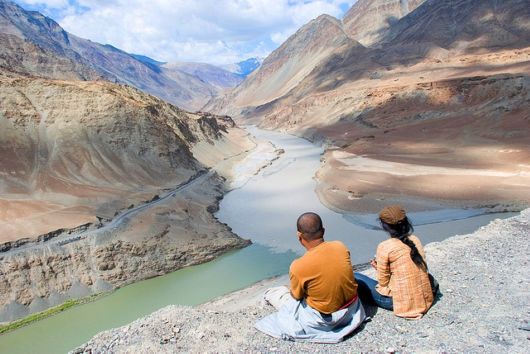 2. Fjaðrárgljúfur Canyon, Iceland
Pronounced as "Flea-ya-du-ragh-glee-yo-miyur" (I think…Icelandic is very difficult) is a canyon in south east Iceland which is up to 100 m deep and about 2 kilometres long, with the Fjaðrá (Flea-ya-du-ragh) river flowing through it. It is located near the village of Kirkjubæjarklaustur (Kir-kyu-bae-yar-klos-tur).

The canyon was created by progressive erosion by flowing water from glaciers through the rocks and palagonite. 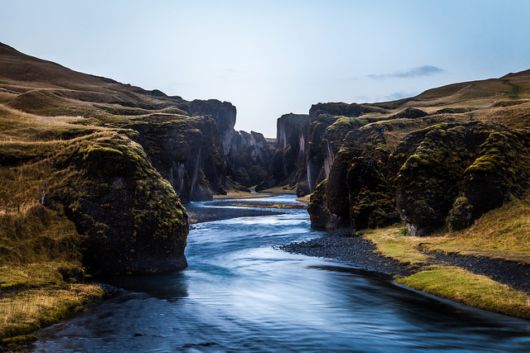 3. Colca Canyon, Peru
With a depth of 3270 metres, this is the deepest canyon in the world and is twice as deep as the famed Grand Canyon. Explorers estimated the depth as recent as 30 years ago. 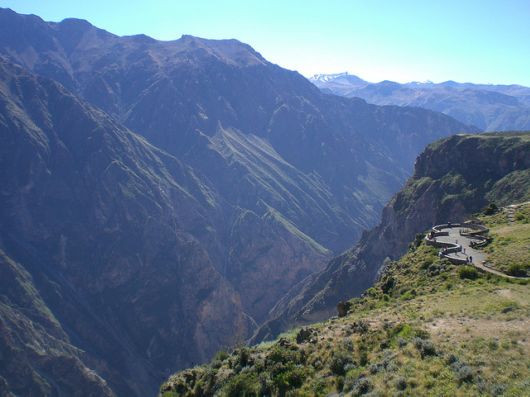 4. Verdon Gorge, France
Sculpted by the turquoise waters of the Verdon river in southern France, this canyon is 25 km long and 700 metres deep. Due to its close proximity to the beautiful French Riviera, it is a popular place for tourists who come kayaking and swimming. The limestone walls, which are several hundreds of metres high, attract many rock climbers. It is considered an outstanding destination for multi-pitch climbing. 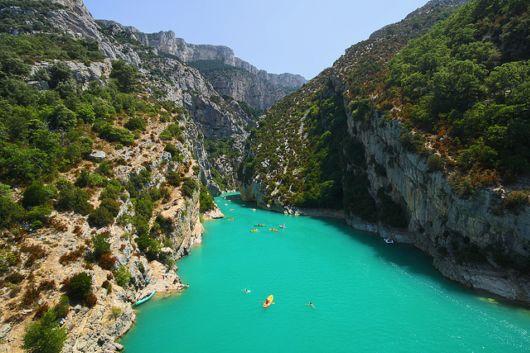 5. Gandikota Canyon, India
Sculpted by the Pennar river in Andhra Pradesh, the canyon is located close to the village of Gandikota, which is home to a historic fort which overlooks it. At a height of 300 feet, the view is that of red granite boulders and the Pennar river flowing underneath.

Other than the fort, there are several temples, the Jamia Masjid and several view points to enjoy the scenery. 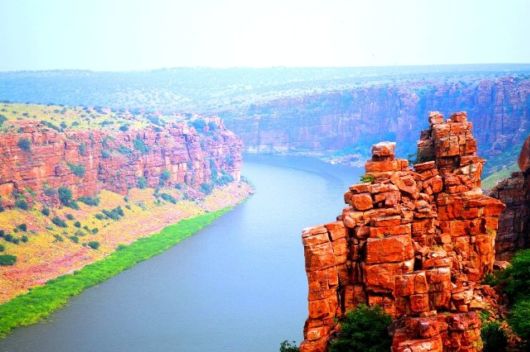 6. Waimea Canyon, Hawaii, USA
Forget about the beaches and tropical foliage that you would naturally associate with the Hawaiian archipelago. There are places that have high elevations. Say aloha to the Waimea Canyon, 16 km long and 900 metres deep on the western edge of Kaua’i island. You’ll completely forget where you are. 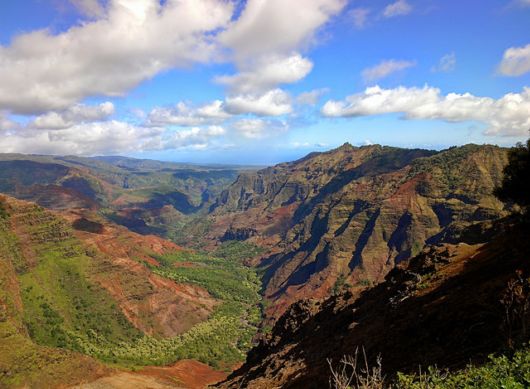 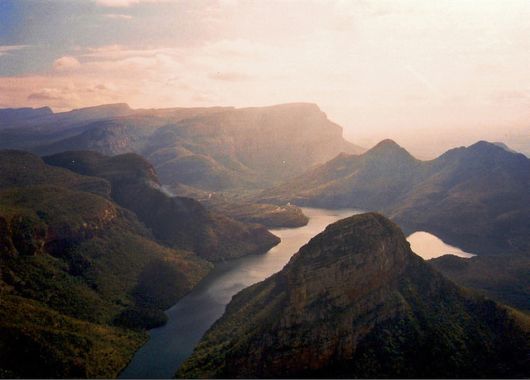 8. The Grand Canyon, Arizona, USA
Famed for its crimson brilliance thanks to Hollywood movies and as a favourite American family road trip destination, the Grand Canyon is the first of all the canyons we think of. Sculpted by the Colorado river, it is home to a prehistoric petrified forest that has trees and foliage that have become solid rock.

The waiting list to raft through the Colorado river in this spot can extend up to 10 years! 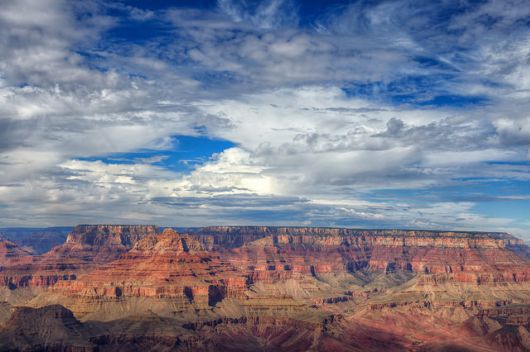 9. Fish River Canyon, Namibia
Remote and wild, daytime temperatures in this part of interior Namibia can go as high up as 40 degrees Celsius. The Fish River Canyon is the largest in Africa and features a gigantic ravine, in total about 160 km long, up to 27 km wide and in places almost 550 meters deep.

It is possible to drive up the canyon and get a bird’s eye view of the river. 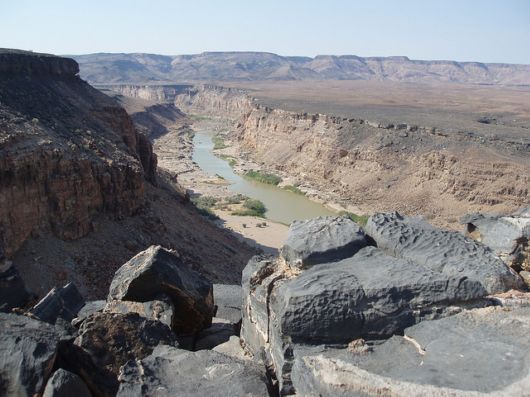 10. Itaimbezinho Canyon, Brazil
A 1000 km south of the hustle and bustle of Rio, the Itaimbezinho Canyon is part of a national park and is sometimes overlooked by many visitors to the country. The drive can be very bumpy from Porto Alegre or other nearby towns. The walking trails are calming and peaceful. In the afternoons, it fogs up, so do make your ascent in the morning. 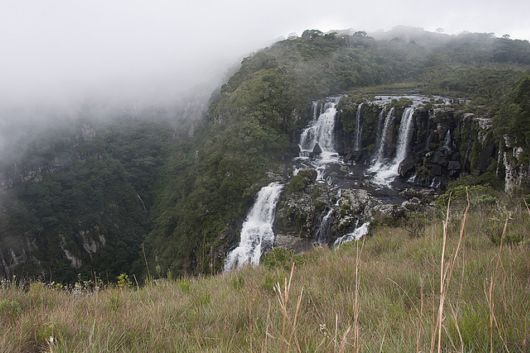 11. Kali Gandaki Gorge, Nepal
The Kali Gandaki gorge has been used as a trade route between India and Tibet for centuries. Today, it is part of a popular trekking route from Pokhara to Muktinath, part of the Annapurna Circuit. The gorge is within the Annapurna Conservation Area. 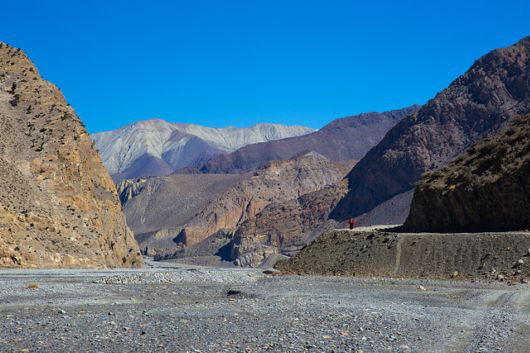