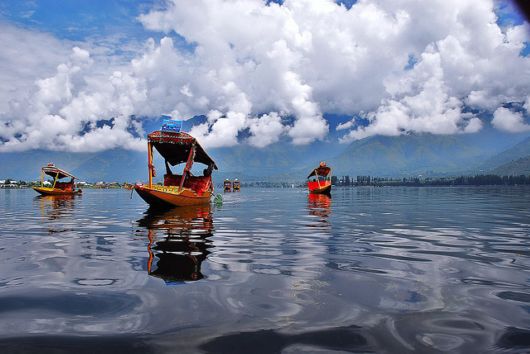 Located in the Jammu Valley, the Dal Lake is the second largest in India. Tourists in Srinagar make sure a boat ride along its waterways is a part of their itinerary. Other than the natural beauty of the surroundings, the lake has many colourful shikharas that offer rides to visitors as well as houseboats where tourists can stay on the lake as a retreat of calm. 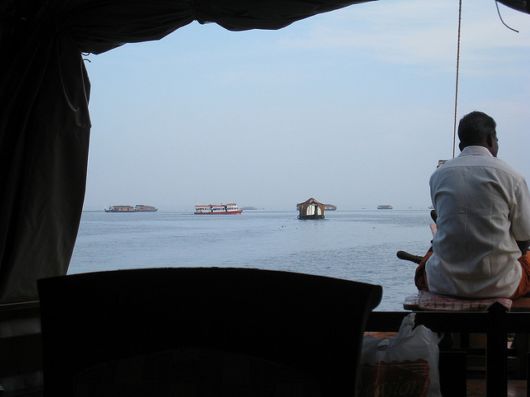 The Vembanad is closely associated with the backwaters and lagoon that picturises life in rural Kerala. Major attractions here are the Snakeboat race or Vallam Kali held in the rainy season in August, and of course experiencing life on the many rice boats that sail by the waters. 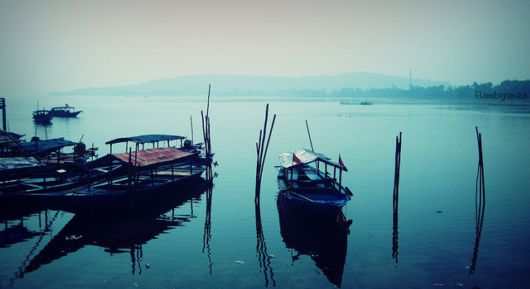 The Chilika is the world’s largest inland saltwater lagoon and India’s largest coastal lake. It is the sight for several migratory birds which makes it a bird watcher’s paradise. The lake is a source of livelihood for the tribal people of the state who live along it. 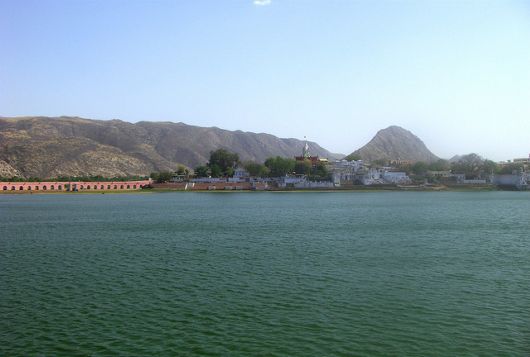 Pushkar is a famous pilgrimage center of Rajasthan and is one of the few places on the Earth where Brahma is worshiped. On an average, the lake attracts 5,000 pilgrims daily. People from all over the country converge here to wash off their sins. The depth of water has plunged to just 1.5 m from a depth of 9 m observed in the late 1980s. 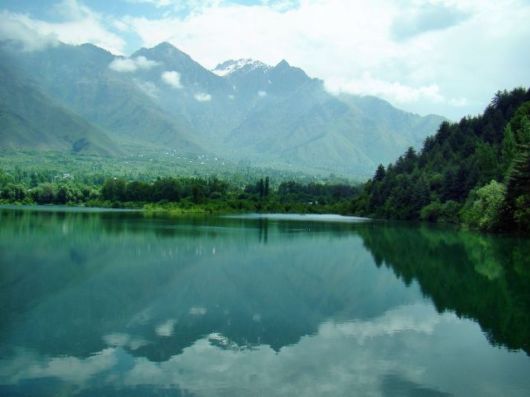 One of the largest freshwater lakes in Asia and India, the Wular lake is 24 km across and surrounded by nearby mountain ranges which provide a lovely backdrop on a perfect day. The waters are a source of livelihood for the locals who live alongside it. The lake is surpassed in beauty by the Nagin Lake and Dal Lake that are also in the region. 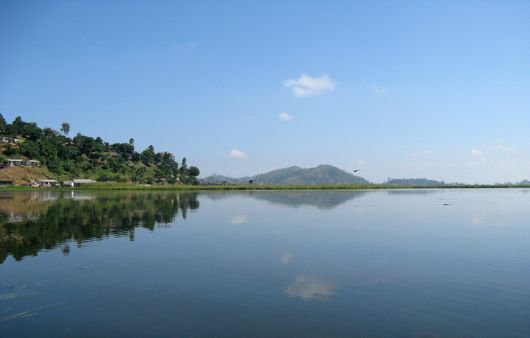 Loktak is the largest freshwater lake in north eastern India and has a high concentration of phumdis (a series of floating islands that are heterogenous masses of soil, vegetation and organic matter). It serves as a source of water supply for hydro power generation, irrigation and drinking water for the local population and wildlife. The Keibul Lamjao National Park nearby is home to the endangered sangai (Manipur brow antlered deer). 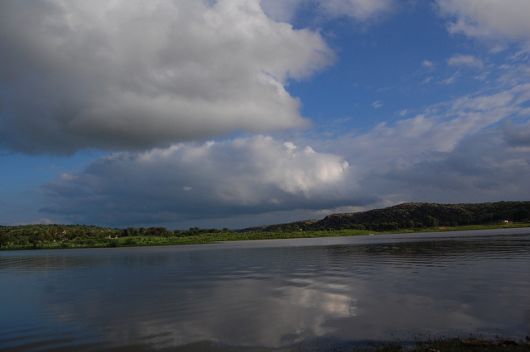 A popular weekend getaway near Delhi, the lake is located near the Aravali hills and is a lovely place for boating and rock climbing. The Sohna hills are not very far away from the lake. 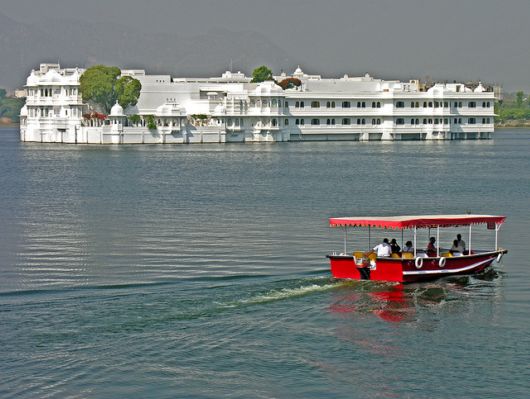 The poster boy of tourism in Rajasthan and the iconic symbol of Udaipur, this is an artificial freshwater lake. Udai Sagar Lake, Fateh Sagar Lake, Rajsamand Lake and Jaisamand Lake are the four others along with Lake Pichola that make Udaipur the City of Lakes. 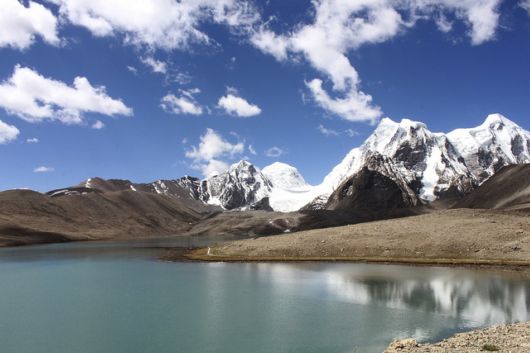 One of the highest (17,100 ft) fresh water lakes, the Gurudongmar is located north east of the Kachenjunga range. Legend has it that Guru Padmasambhava, also known as Guru Dongmar, touched and sanctified the lake, and thus, even in extreme winter, a portion of the lake does not freeze. The lake is also one of the sources of River Teesta, which flows through Sikkim, West Bengal and Bangladesh to merge with the Bay of Bengal.

The water of Gurudongmar Lake is said to have curative properties and many tourists carry the water with them on their way back. Close to the lake, there is a ‘Sarva Dharma Sthal’, and as the name suggests, it’s a place of worship for all religions. 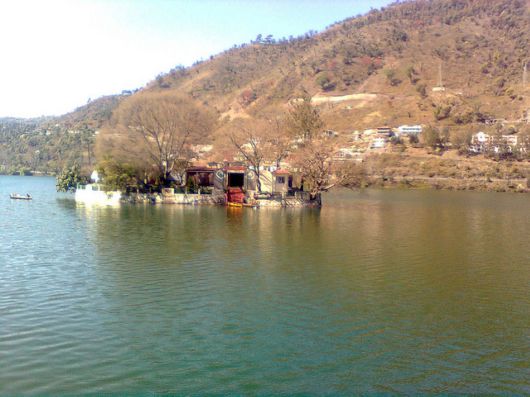 Located 22 km from Nainital, Bhimtal Lake is at an altitude of 1370 meters. It is surrounded by the Kumaoun hills and is named after the second Pandava, Bhima, from the Mahabharata. Nearby the Bhimeshwara Temple is said to be where Bhima came to worship Shiva during the vanavas period of the Pandavas.

There is an island in the middle of the lake and a restaurant is located on it. Tourists reach it by boats. The total distance of the island from the lake shore is around 91 meters. The best time to visit the lake lies between April and July and September and October. 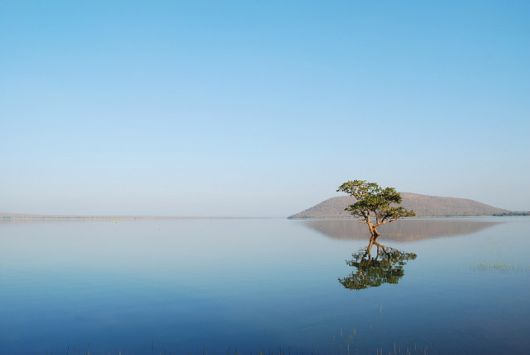 Pakhal Lake is a man-made lake in the Pakhal Wildlife Sanctuary in Warangal district. It is situated amid undulating forest land hills and dales and is a popular retreat for tourists. Set around the shores of this lake is the Pakhal Wild Life Sanctuary with an area of 839 km2. It is a dense forest shelter for a variety of fauna.

If you are lucky, you can spot a tiger, leopard or a bear roaming about freely in the wild. 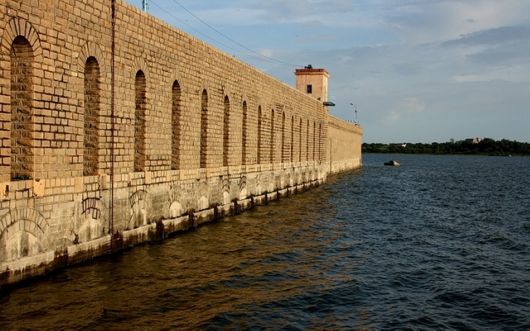 Osman Sagar Lake, popularly known as the Gandipet, lies 20 km west of Hyderabad. It is a man-made lake created by the dam across the Isa, a tributary of the river Musi, and is a source of water supply to the twin cities of Hyderabad and Secunderabad.

The lake is surrounded by parks and grass on all sides. The ideal time to visit the lake is after the monsoons, although tourists are seen here throughout the year.

Overlooking the lake is the Sagar Mahal which was once the summer residence of the Nizam of Hyderabad. Today it is a lake resort that is open to tourists.

Bedini is a Himalayan Alpine meadow, situated at an elevation of 3,354 metres in the Chamoli district. It falls on the way to Roopkund and the Trisul and Nanda Ghunti peaks are visible from here. This lush green meadow is adorned with blooms in a wide range of varieties. This small lake is a feature of the meadow that draws travellers as it looks more like an oasis.

Located in the Buldana district of Maharashtra, this lake is said to be of extraterrestrial or volcanic origin due to the strange chemical elements present in the water and the soil surrounding it.

Numerous temples surround the lake, most of which stand in ruins today, except for the temple of Daitya Sudan at the centre of the Lonar town, which was built in honour of Vishnu’s victory over the giant Lonasur. It is a fine example of early Hindu architecture. Vishnumandir, Wagh Mahadev, Mora Mahadev, Munglyacha Mandir and Goddess Kamalaja Devia are the other temples found inside the crater.