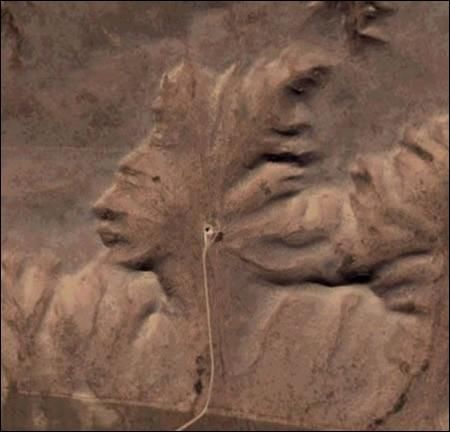 Dubbed the "Badlands Guardian" by locals, this geological marvel (Google Earth coordinates 50.010083,-110.113006) in Alberta, Canada, bears an uncanny resemblance to a human head wearing a full Native American headdress–and earphones, to boot. Of course, The Guardian was produced naturally. 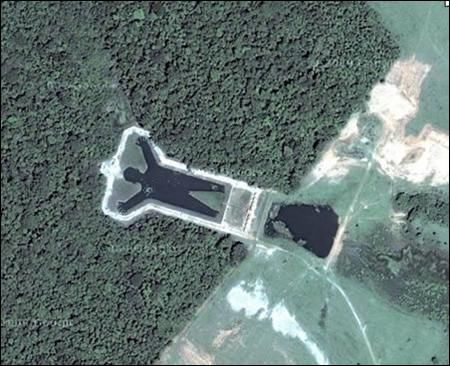 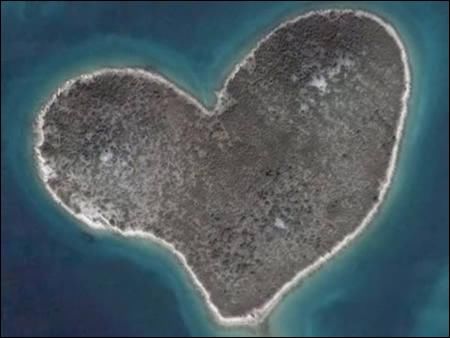 This heart-shaped island in the Adriatic became a hit on Google Earth for Valentine’s Day. The uninhabited island is only 130,000 square yards and is called Galesnjak. The owner didn’t even know how perfectly this island off the Croatian coast was until he was swamped with requests from couples to stay there. 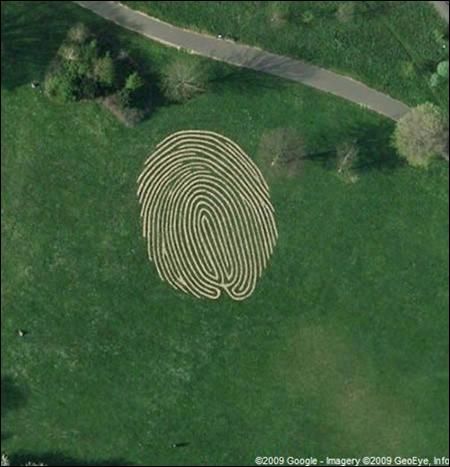 This fingerprint can be found in Hove Park, near Brighton and Hove in the UK. It measures 38 metres around. Imagine the size of the hand. 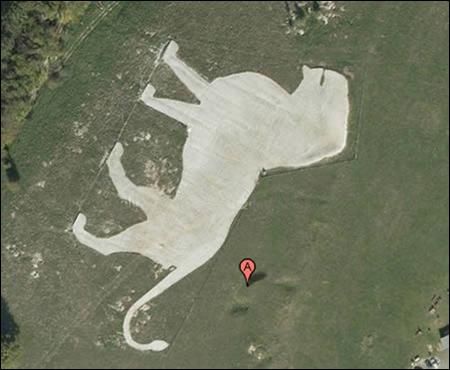 Lion, at ZSL Whipsnade Zoo located at Whipsnade, near Dunstable in Bedfordshire, England. 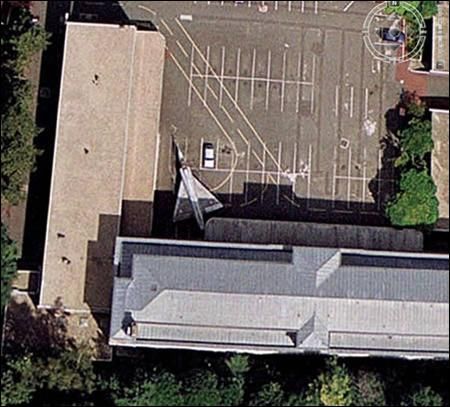 Some of the sights you find in Google Earth are just plain mysterious. For example, why is a fighter jet parked (Google Earth coordinates 48.825183,2.1985795) in what looks to be a residential neighborhood lot near Paris? NOTE: our reader Guilhem told us it "must be located at a Dassault Système office. It’s an old Mirage and I know for a fact that there is a Dassault office there", while another reader, Roland, argues "it’s a full scale model of a Mirage 2000 on a campus of the university of Paris Photo. 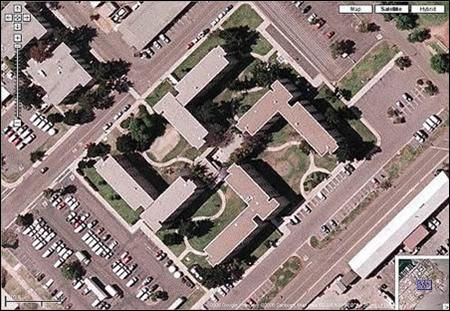 This is a US Navy building in Coronado, Ca. that was unintentionally built in the shape of a swastika. Now, because of a public uproar, the Navy will be spending $600,000 to alter the shape of the building. 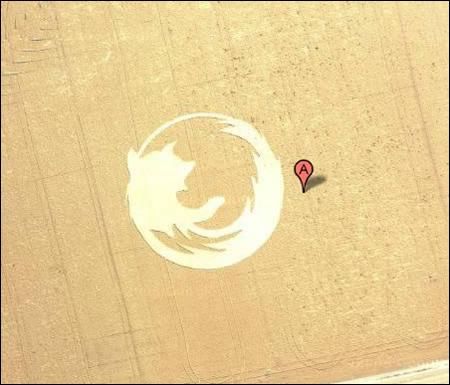 In the early days of Firefox, a few devoted fans wanted to generate more PR for their beloved site and so gathered a team of people in Amity, Oregon, to recreate the Firefox logo in a field; their very own fox crop. 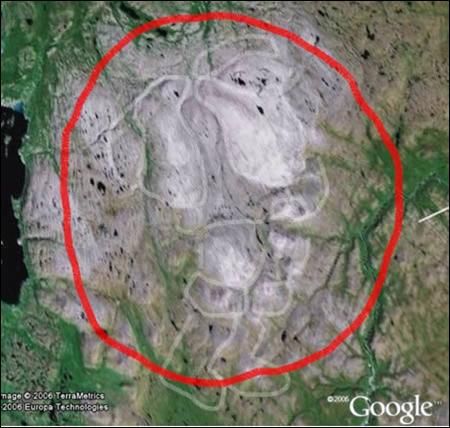 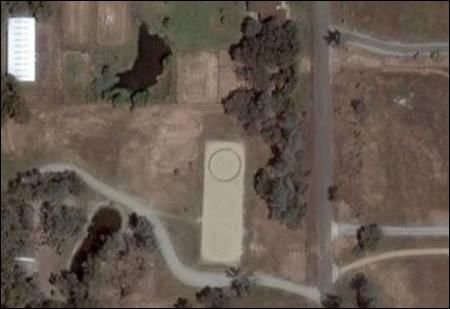 So here’s a giant Ipod Shuffle! It looks like a farmer’s field with a horse pen or something on it? Either that or a hard core apple enthusiast. Unfortunately, it looks like he moved the pen on the map since it was first spotted. 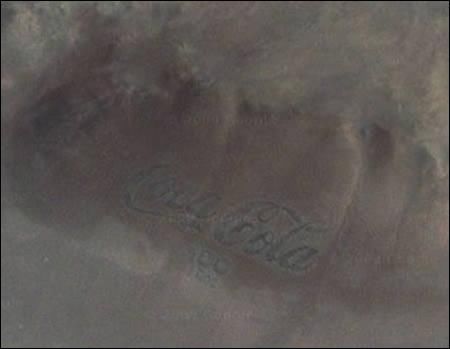 Google Earth doesn’t have advertising, unless you consider the corporate logos and trademarks big enough to be seen from space. Check out this massive Coca-Cola logo (-18.529225,-70.25002) etched into a hillside of Chile with 70,000 Coke bottles. Haven’t they heard of recycling? 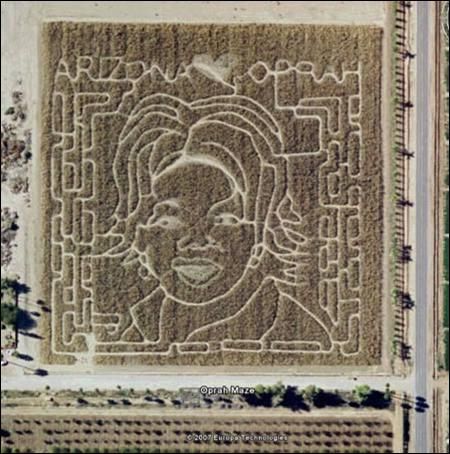 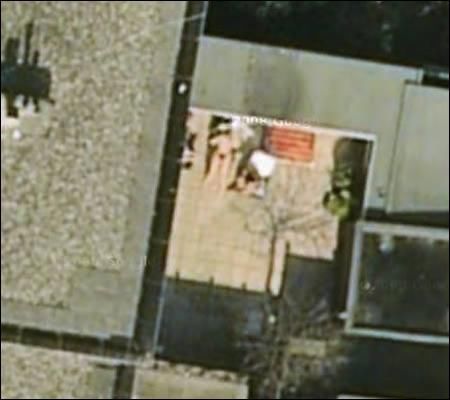 It’s not safe to do topless in your roof anymore. One careless sunbath and you can end in everyone else’s computer screen.