Driving on Indian roads is like walking on a tight rope. You’ve got to be really careful with the wheels because of pathetic road conditions that could test the patience of even the most seasoned drivers. But you really deserve a medal if you’ve driven on the following Indian roads and highways. These are literally multiple highways to hell. 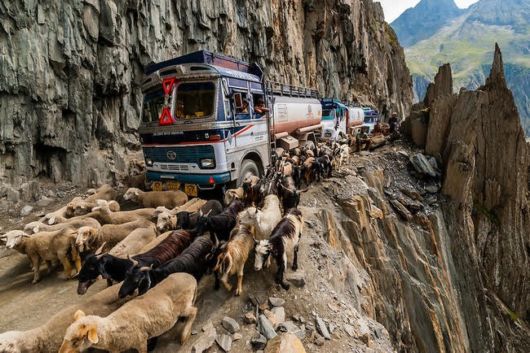 The blink of an eye could land a vehicle straight down from an altitude of 3,538 meters! Zoji La Pass is one of the country?s most dreaded roads as it is frightfully narrow and covered in snow sludge round the season. You’ll come across this route while making your way to Leh from Srinagar. The pass is a major link between Ladakh and Kashmir. 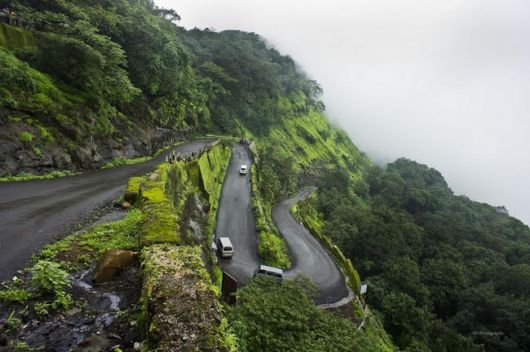 This serpentine road will send your heart to your mouth for sure! The road, that goes up to Matheran from Neral, is as smooth as butter. But you cannot speed up due to its narrowness. If you don’t want to drive it, there are many share taxis that take tourists in hoards right up to Matheran. 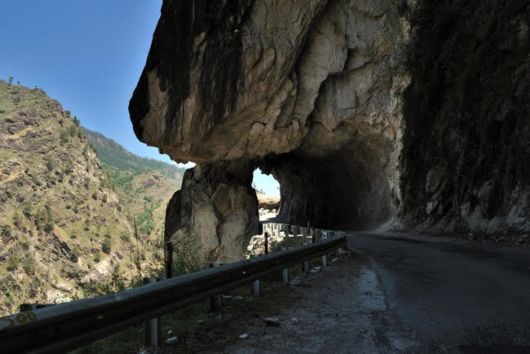 The name ?highway to hell? seems more appropriate for this scary highway than the current unassuming National Highway 22. Touted as one of India?s most dangerous highways, the road here makes you cut through a mountain. In the process, death looms over you in the form of cliffs and tunnels all around. National Highway 22 was also featured in the History Channel’s “IRT Deadliest Roads” TV series for its poor maintenance and hazardous condition. 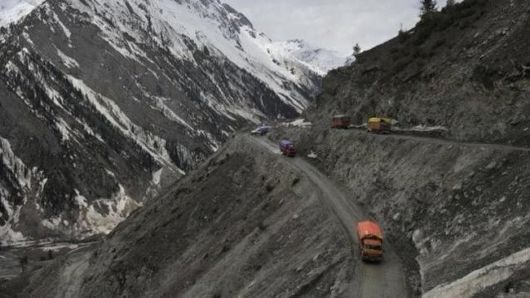 Drivers experience breathlessness and nausea while passing through this route. Chang La is covered with snow throughout the year and is guarded by the army due to its proximity to the Chinese border. It is advisable to carry extra warm clothes and a medical kit with you, as the winds and climate can be extremely harsh. 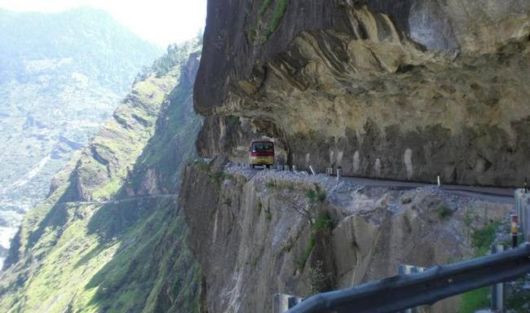 Driving on this route is a massive pain, because the highway is always ?traff**cked? and you move at a snail’s pace. When the snow-laden road thaw with frost heaves, several trucks and four-wheelers are said to have suffered irreparable damage. 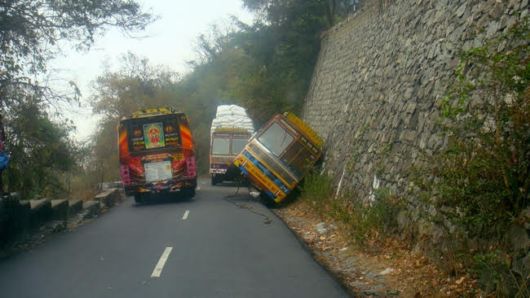 Similar to the Neral-Matheran road, Munnar Road too has twisty turns and high slopes. The sweet aroma of fresh tea leaves will waft through your drive, but you will be disturbed by careless drivers who drive on the smooth pass as if it were a motorbike runway! 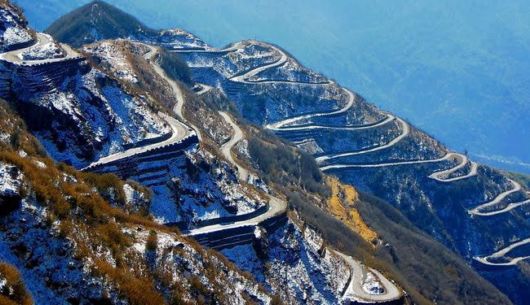 Located in Sikkim, these spiral roads make for the most scenic views. At 11,200 ft above the sea level, this road will give you the best view of the Himalayan crown. The curvy roads will send your head into a tizzy even if you?re sitting on the backseat. You need special permits to pass through, as the road is not for the faint-hearted! 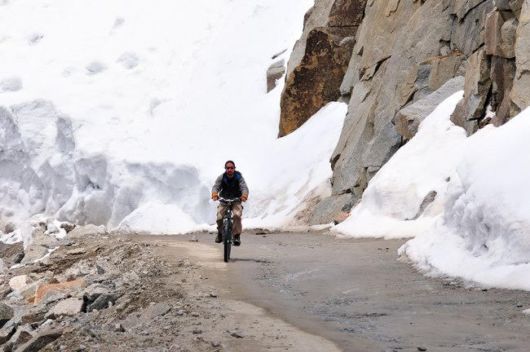 Under the army?s close inspection, this pass is covered with hairpin turns that will have the most seasoned drivers fearful. Khardung La Pass gives you an entrance to Nubra Valley and remains closed annually from October to May due to harsh conditions.

{youtube}skC8u4Ok0Kg{/youtube}
In 2013, athlete Mick Fowler and his climbing partner, Paul Ramsden, documented their way through the most dangerous Kishtwar-Kailash road. The one lane path, which traverses through the newly formed J&K district, is so dangerous that it will make your GPS stop working for you. The climb is terrible, and one hasty move could land you on your deathbed. 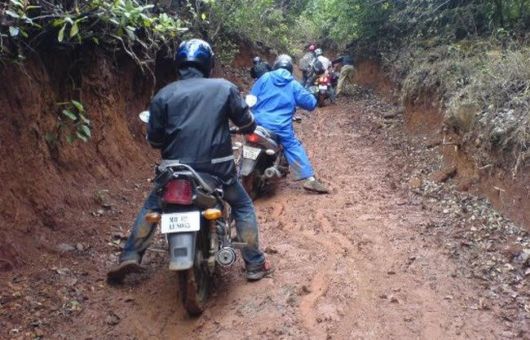 The gravelled road situated in the Sahyadris has a hustle-bustle of trekkers and bikers. The way gets slippery during the monsoons, which makes it difficult for riders to ride on it. 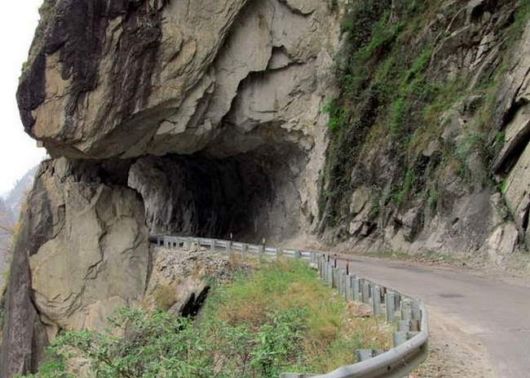 Kinnaur road will astound you with its cliff-hanging drives and dark narrow holes. A tiny mistake, and you will splash into the Baspa river that will take no time to swallow you. The valley road remains closed during heavy snowfall. If you ever get a chance to pass through this way, please be extra careful around the dangerous Taranda dhank which is infamous for claiming lives. 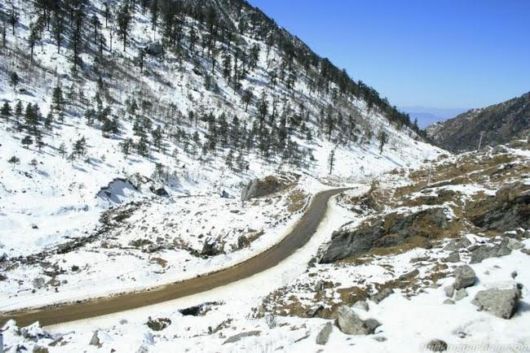 This pass is said to be the highest motorable road in the world. It is one of the three open trading border posts between China and India and is located 54 km east of Gangtok, the capital of Sikkim, and 430 km from Lhasa, the capital of Tibet. The road here gets blocked due to massive landslides and snow sludge, making driving a bad experience here. 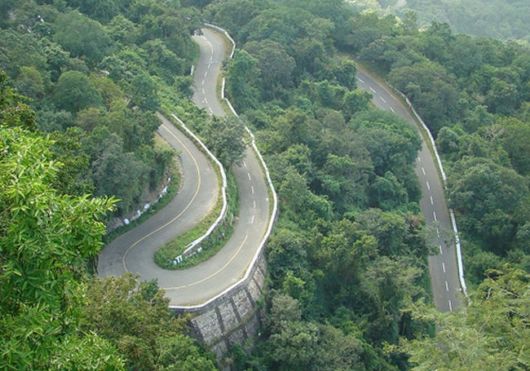 It?s not easy to reach the most crowded temple on earth. Tirupati has a ghat which is quite risky and prone to accidents. You have to be extra careful while passing through the twists and turns that are abundant on the road. 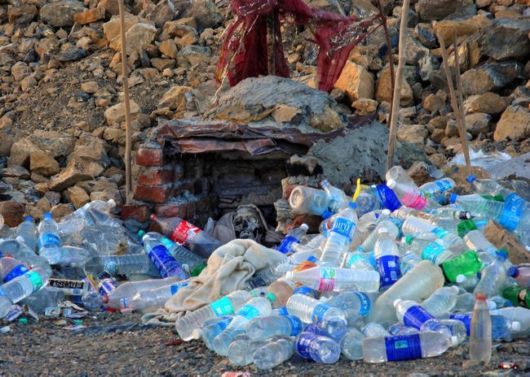 It?s a series of twenty one hairpin bends that you will come across when you?re driving on the Leh-Manali driveway. The road is said to be haunted by a ghost of a tourist who was buried here. People offer cigarettes and mineral water on the spot and then carry on with their journey. 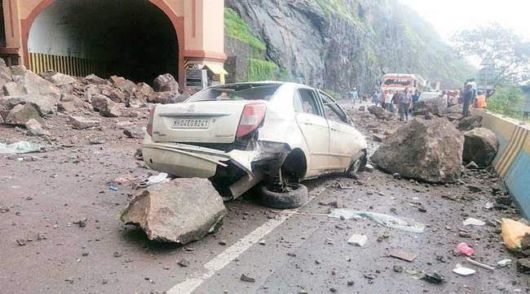 Apart from landslides, the Pune-Mumbai expressway has a ton of careless drivers overtaking and zigzagging their way, which causes some serious accidents. There are also cases where drivers have slept behind the wheel, due to fatigue and sleep deprivation. A report reveals that around 14,186 accidents took place on the expressway between January 2006 and August 2014 and 925 people died between January 2006 and June 2013. Further investigations revealed that 60% of accidents happened due to carelessness and human error.