If you haven’t been able to figure out a trip down south, thinking there isn’t a lot to do, this article is just the wake up call you need. Because no, Goa doesn’t count as a trip to the South. There’s SO much more that South India has to offer. Take a look at these stunning places that are still fairly unexplored. 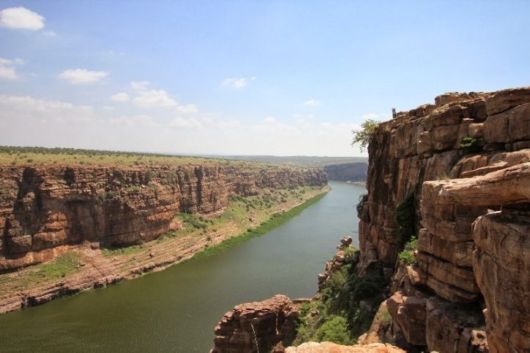 A small village located right on the bank of the river Pennar in the Kadapa district of Andhra Pradesh, Gandikota is also known as the Grand Canyon of India. Getting there might be a bit of an adventure, but once you’re inside the place, there are no means of transportation. Thank god for that. One really needs to spend time enjoying what Gandikota has to offer. There is a great downhill trek through the canyon leading to the riverbed.

The closest railway station is 26 kms away at Muddanuru in Cuddapa district. The nearest place to take a bus ride would be Jammalamadugu (nearest town) Old Bus Stand (Gandhi Statue Junction). 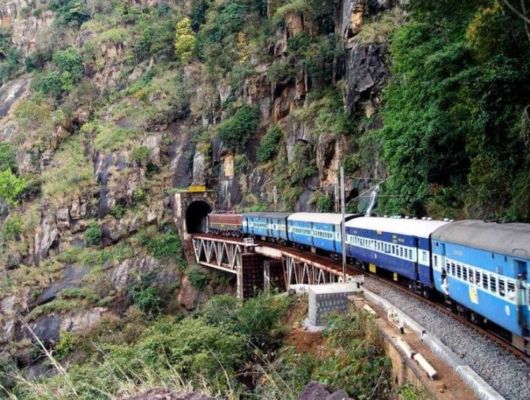 A coffee enthusiast would know the importance of Araku valley. Famous for its coffee plantations, India?s first tribal growers’ organic coffee brand was launched in the Araku Valley in 2007. The premium organic "Araku Emerald" brand of coffee sells globally. Inhabited by different tribes, Araku is a hill station in the Vishakapatnam district. A perfect getaway from the hustle-bustle of the city, this valley is surrounded by mountains like Galikonda, Raktakonda, Sunkarimetta and Chitamogondi. The valley is connected by both rail and road to the city of Vishakapatnam. There are two railway stations at Araku on the Kothavalasa-Kirandul railway line of Visakhapatnam division of the East Coast Railway, on the Indian Railways network. Shimiliguda railway station is located at an altitude of 996 meters above mean sea level. Beautiful, and mostly untouched, this one’s been waiting for you to be explored. 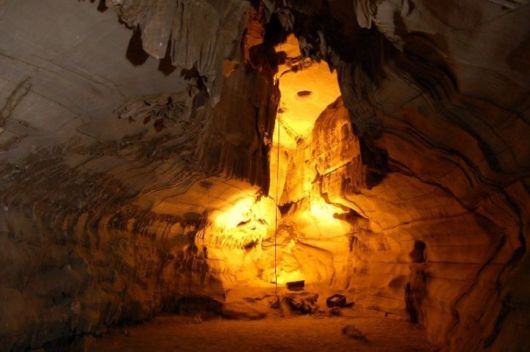 Make no mistake, the Belum Caves are the second largest caves in the Indian subcontinent, and the longest (3229 mts) caves in the plains of India. Formed in black limestone, the caves have long passages, spacious chambers, fresh water galleries and siphons. The constant flow of underground water helped forming caves that have their deepest point at 150 feet. Engulfed in mystery, there are 16 different pathways, including the main entrance. Moreover, there are deposits of quartz in the caves. The nearest rail-head to reach Belum Caves is Tadipatri, which is 30 kms away. There are daily trains from Delhi, Mumbai, Chennai, Hyderabad, Tirupati, Kanyakumari, Thiruvananthapuram, Coimbatore and Goa, which halt at Tadipatri railway station. From Tadipatri, one can catch a bus to Belum Caves. If you feel somewhat like Indiana Jones, this one must be explored. 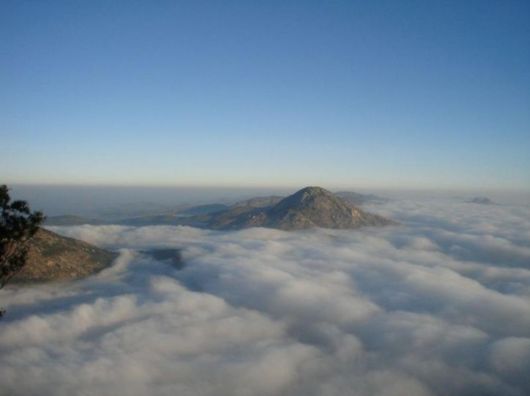 Also known as Kalavara Durga, Skandagiri is a mountain fortress located just 70 kms from the city of Bangalore. Although much hasn’t been written about the place, the gorgeous photographs suggest that it’s a perfect weekend trip for people living in Karnataka. Off Bellary Road (National Highway 7 Hyderabad-Bangalore Highway), and overlooking Nandi Hills and Muddenahalli, this place guarantees a breathtaking view at an altitude of about 1350 mts. 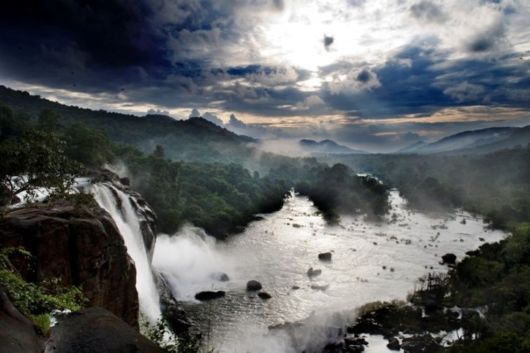 One look at this place, and you’ll be in love. Just look at the picture! Situated in Athirappilly panchayath, Chalakudy Taluk of Thrissur district, Kerala, this 80-ft-high waterfall is quite a hotspot for the people living nearby. Nicknamed the ‘Niagra Falls Of India’, Athirappilly is the largest waterfall of Kerala. Narrow winding roads, small villages and greenery make for a delightful sight as you make your way up there. Daily jungle safari trips are organised by Thrissur District Tourism from Chalakudy to Malakkappara. The captivating sight of the wildlife through the evergreen forest of Sholayar ranges of Western Ghats is a memory to cherish. You’d find the nearest railway, Chalakudi railway station, 30 kms away. Kochi is the nearest airport, about 55 kms away, if that’s your preferred mode of travelling. Athirappilly is easily reachable from Chalakudy by taxi or by bus from the Chalakudy private bus terminal. 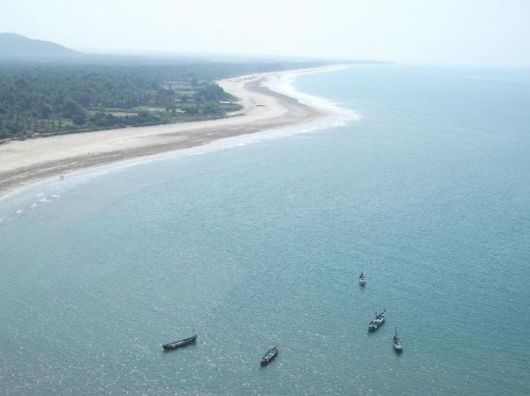 The quest for peace and tranquility is making people explore beaches apart from the usual ones in Goa. So if that’s what you’re looking for, Maravanthe fits the bill. Located on one of the best stretches of road, you’ll find the beach on one side, and a river on the other as you drive on from Mangalore towards Karwar, Goa, or Mumbai. One of the cleanest beaches in the country, it can also get pretty dangerous during high tide, so it’s better to be cautious, and avoid the area during the monsoons. There are places where you can stay on the highway, but a better alternative would be staying at the nearby town of Kundapura. You could also go fishing with the locals at the nearby Gangoli port. Only about 55 kms from Udupi, this place should be on your list of places to visit in India. 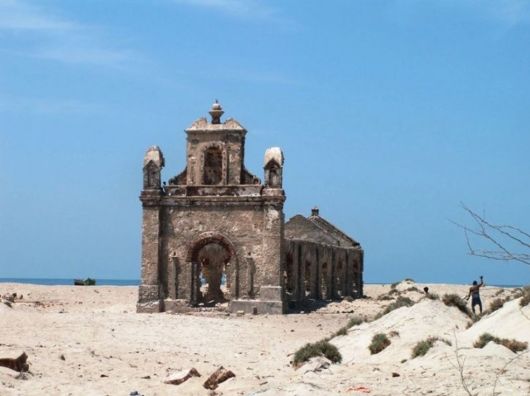 Call it the ‘Ghost Town’ or the ‘Lost Land’, but either way, Dhanushkodi has this unorthodox charm about it. Dhanushkodi, that translates into ‘end of the bow’, is situated in the south-eastern tip of Pamban Island of Tamil Nadu. It’s also only 29 kms west of Talaimannar in Sri Lanka. According to multiple sources, the Dhanushkodi railway line from Pambam station got destroyed in 1964 when a cyclone hit a passenger train, tragically drowning over a 100 passengers with it. Being the only land border between India and Sri Lanka, which is also one of the smallest in the world – just 45 mts in length – Dhanushkodi used to flourish as a tourist and pilgrimage town after the ’64 disaster. It was also in this island in January 1897 that Swami Vivekananda set foot on Indian soil again, after his visit to the west to attend the World’s Parliament of Religions held in the United States. Left in ruins, but beautiful nonetheless. 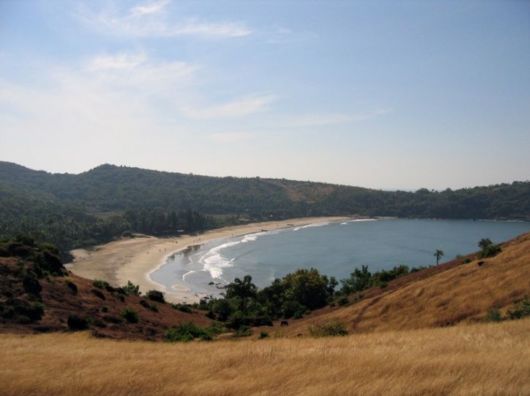 I have actually been lucky enough to visit Kudle beach the last time I took a trip to Goa, and I recommend it to all. With just a few shacks on the beach, this place is just perfect to chill. It is also one of the lesser known places in the area, and you’d actually find more foreigners than locals. For those who don’t know, there are five beaches in Gokarna – the Gokarna beach, Kudle, Om, Half Moon and Paradise. Each prettier than the other. The town is like any other, but the small trek that one needs to do before reaching Kudle is what makes it all the more special. It’s clean (unlike most beaches in Goa), completely secluded, incredibly gorgeous, and most importantly, calm. The best way to visit would be from Goa. Just 91 kms from Dabolim airport, the beauty of Gokarna is only a couple of hours away from South Goa. 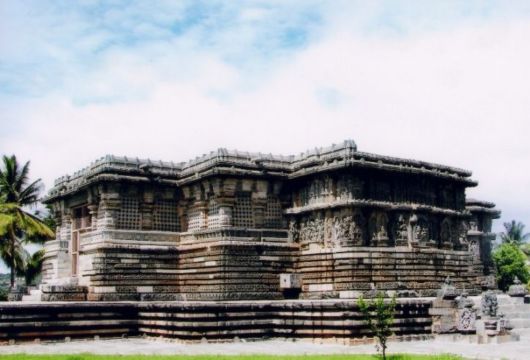 Halebidu, or old city, was the regal capital of the Hoysala empire in the 12th century. Rich in architecture with the beautiful Kedareswara temples, the city, which was originally called Dorasamudra, got the name "Halebidu" because it was ransacked twice during the invasion of Malik Kafur. It’s also only 16 km away from another historical place, Belur. It is well connected by road and rail from Bangalore. This temple is now being proposed as a UNESCO World Heritage Site. 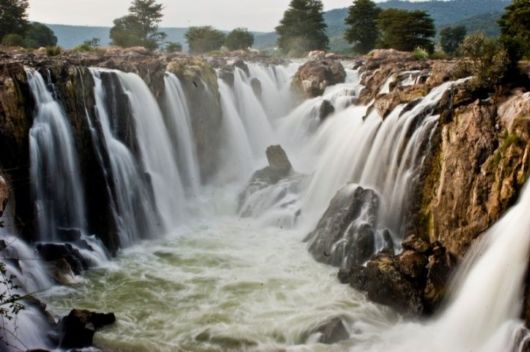 Nothing short of breathtaking, the Hogenakkal Falls are located on river Kaveri in the Dharmapuri district of Tamil Nadu. About 180 km from Bangalore and 46 km from Dharmapuri town, Hogenakkal is famous for medicinal baths and hide boat rides. Some say that the freshly fried fish served by the village women at a shore during the boat ride is a highlight of the trip. Apart from this, unfortunately, there isn’t a lot of information available about this place. Guess one needs to explore and find out.

Another hidden gem that doesn’t have much written about it. Papi kondalu or the ?Papi Hills? are a series of mountains that are located in Rajahmundry in West Godavari District of Andhra Pradesh. Simply put, Papi Hills is a just a gorge, but it’s a gorgeous gorge. A boat trip on the Godavari river in the Papi Hills region is quite spellbinding and romantic. Boat trips are available from Bhadrachalam, Rajahmundry and Kunavaram. You can choose from a wide variety of trips depending on the time limits. Kunavaram offers the fastest and cheapest way to check out the hills. Tour boats locally called "Launches" are the main transport vehicles. There are two entries to Papi Hills, from Kunavaram or from Rajahmundry. Kunavaram is reachable by road from Hyderabad (351 km), Khammam (170 km) and Bhadrachalam (49km). You can hire a boat or join a tour. Rajahmundry also offers boat services to Papi Hills. 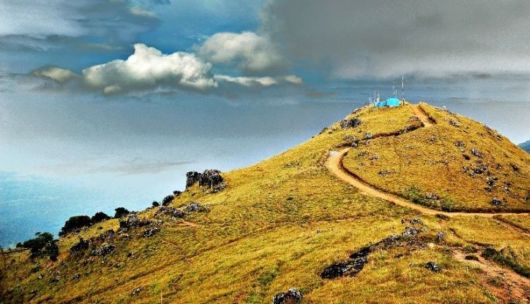 Another hill station that should be in the priority section of your travel list. Ponmudi (translates to the Golden Hill) is located 55.2 km north-east of Trivandrum at an altitude of 1100 mts or 3600 ft. Ponmudi has a carpet of thick tropical forest that rolls down to the foot of the hill range. Absolutely splendid, nearby attractions also include Kallar, Peppara Wildlife Sanctuary, and Koyikkal Palace, an ancient palace dating as far back as the 15th century. Thiruvananthapuram is the nearest town from where you can easily get a cab or a bus to this splendid location. 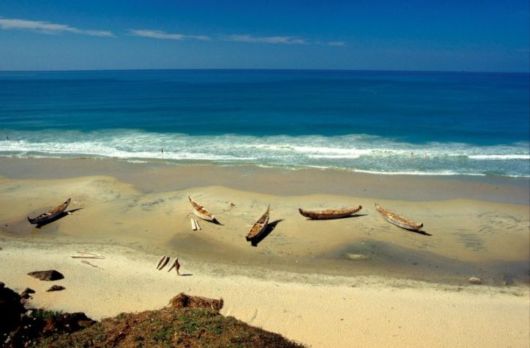 Another coastal town you absolutely must, must, MUST visit. Located in the Thiruvananthapuram district, this is possibly the only place in southern-Kerala which hosts a perfect mix of hills and the sea. It’s true – the cliffs are found adjacent to the Arabian Sea! Legend has it that a Pandyan King was instructed by Lord Brahma to build a temple at this very place to redeem him of his sins. But there are several other myths abound on the birth of Varkala. Another legend goes like this – when a group of pilgrims approached Narada and told him that they had sinned, Narada threw his valkalam (a loin cloth made from the bark of a tree) and it landed in this scenic village and hence, the place came to be known as Varkala. Narada told the pilgrims to pray for their redemption at Papanasam, which literally means redemption from sins. 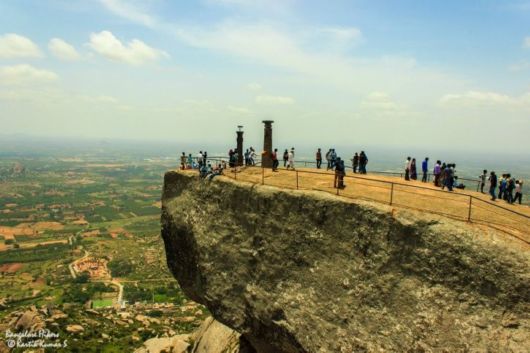 Situated 20 km from the town of Tumkur and 54 km from Bangalore, Shivagange is a mountain peak with a height of 1368 mts and a Hindu pilgrimage center located near Dobbaspet. What separates it from the rest is that this mountain is shaped as a shivalingam and a spring flows nearby, locally called "Ganga", thereby by giving the place its name. Some even like to call it Dakshina Kashi (Kashi of the South). Bangalore locals say that a day is enough to explore all Shivgange has to offer. Getting to the top of the hill is a bit of a trek (20 minutes to be precise), and as you climb you will get to see the most beautiful 360-degree view of what surrounds it. 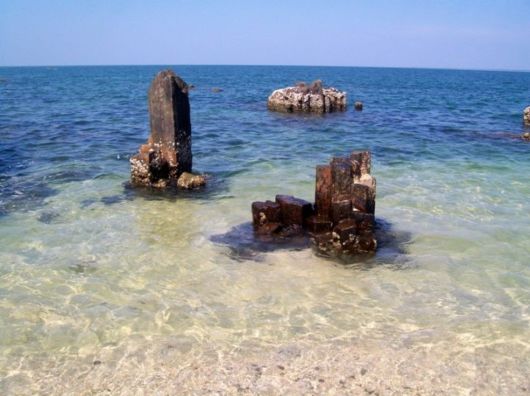 This one’s truly a one-of-a-kind type of place to visit. St. Mary’s Islands, also known as Coconut Island and Thonsepar, are a set of four small islands in the Arabian Sea off the coast of Malpe in Udupi, Karnataka. They are known for their distinctive geological formation of columnar basaltic lava (check out the rocks in the picture). On research it came up that the basalt of the St. Mary’s Islands was formed by sub-aerial sub-volcanic activity around 88 million years ago when Madagascar was attached to India. Since there are no roads connecting the island, the only way of getting to the islands is by boat. Regular ferry services ply the 6-km distance from the Malpe fishing harbour (which has a ship building yard as well) to the islands. However, the frequency of these boats may vary depending on the number of tourists visiting.