India is a melting pot of experiences and cultures, a quality that also bleeds out onto our everyday lives and what we do. Obviously, with all the craziness and fervour in our country, our surroundings had to reflect the people we are. Some of these places are man made, some have been naturally around since time immemorial, but all of them are guaranteed to give you a thrill. Presenting, the most dangerous spots in India.

1. Phugtal Monastery – Built on a cliffside 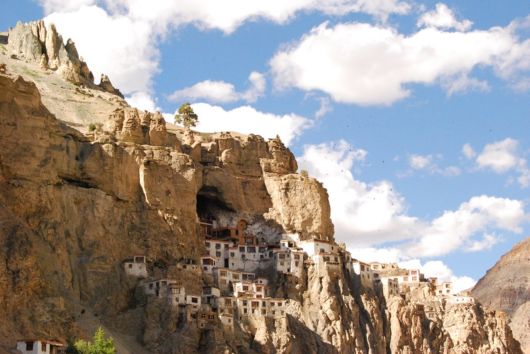 This surreal Monastery, known as the Phugtal Gompa, is situated in Ladakh and is built in the form of a honeycomb cut into the side of the cliffside. A precipitous climb to the spot and very limited options for food make this a place you prepare yorself to go to. The dizzying heights are commonplace for the locals, but anyone else might have a hard time. 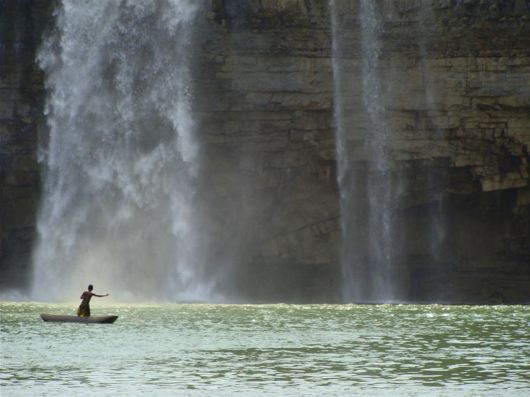 This district of Chattisgarh is home to beautiful and wide ranging forests and rivers. The large and unmanned woodland is also the perfect spot for guerilla activity, making this green paradise a hotbed of Naxal movement. Several attacks and firefights in the region have ensured low footfalls but high body counts.

3. Dras- The 2nd coldest habitable area in the world 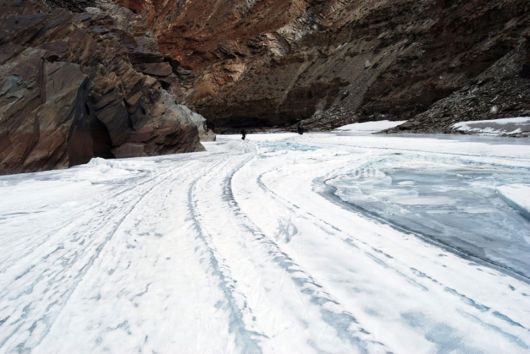 Also known as the ‘Gateway to Ladakh’, this town in J&K is famous for being one of the spots attacked during the Kargil war and being a generally high militancy area. It is also however, the second coldest inhabitable area in the world. So if you’re lucky enough to not get shot down by a military incursion, you still have to contend with hypothermia: not exactly great odds. 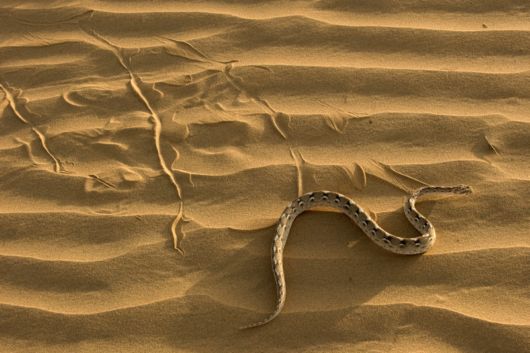 This eternal sandscape might be stunning beyond words, but it’s beauty also hides a bite. The arid and dry conditions make for difficult travelling even if you’re well supplied with water and food. There’s also the presence of the Saw Scaled Viper, the large Rat Snake, Black Cobra, Sand Boa, wild cats and countless other creatures just waiting to bite your head off (not literally but you get the gist of it). 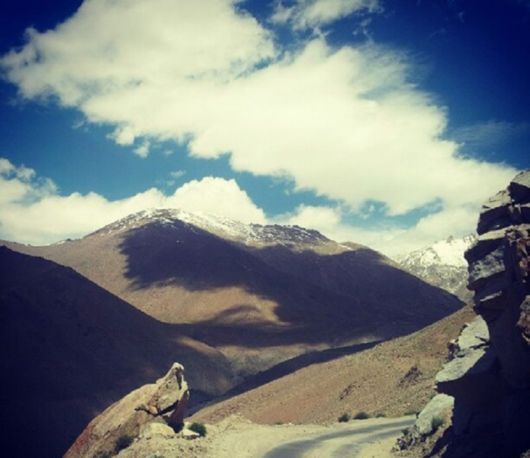 The world’s highest motorable road is located in Ladakh and is a 3 hour drive up from Leh. The winding roads, high altitude and direct sunlight come together to give most people’s stomachs a run for their money. Sometimes things even go beyond tummy trouble, but lets pray that doesn’t happen. 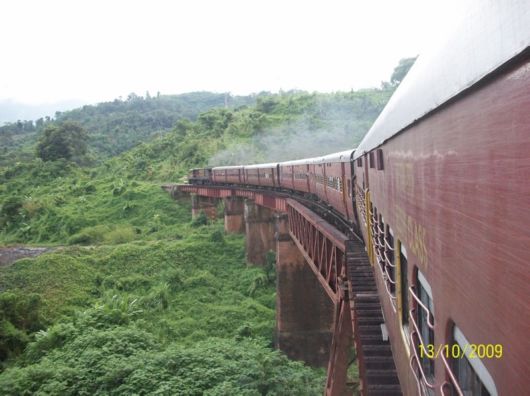 The region between Lumding and Haflong are equal parts amazing and terrifying. The lush natural forest and nature stands in stark contrast to the brutalities committed by Black Widow, the terrorist organisation that haunts these parts and routinely kidnaps train workers and engineers. This is one of the bloodiest railway routes around.

This route that connects Rameshwaram to central India is actually a train route over the sea! If that wasn’t amazing enough however, it also has a mechanism that allows ships to pass underneath, at one time requiring 12 people to manually pull levers that change the ascent. This bridge is also a 100 years old, making it that much more deadly. 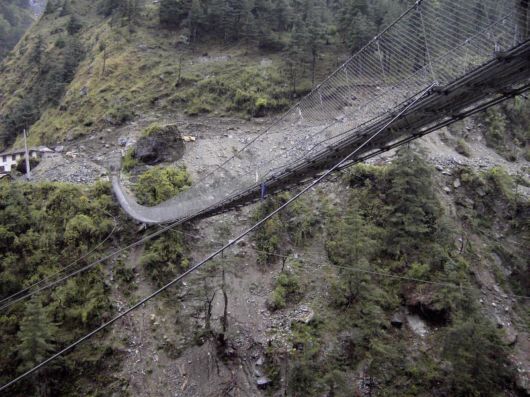 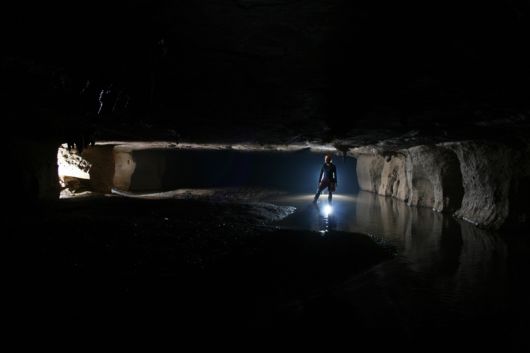 Siju in Meghalaya is home to mysterious limelighted caves as well as one of the most notorious hanging bridges in the world. Tethered high in the mountains between two hills, this flimsy bridge made of chipping wood and gnawed rope is bound to give you more than a few scares. 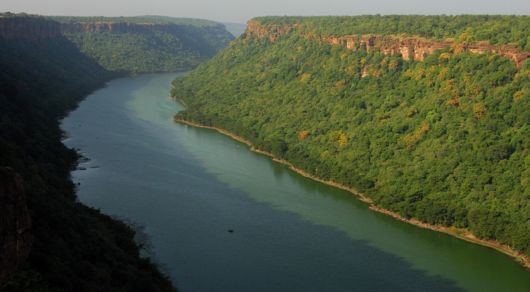 The Chambal Valley in Central India has been known since decades as the stomping grounds of some of the country’s most lethal Dakoos. With steep ravines, a huge river as a water source and countless labyrinthine caves, this area has always maintained a certain mystery coupled with sheer threat. 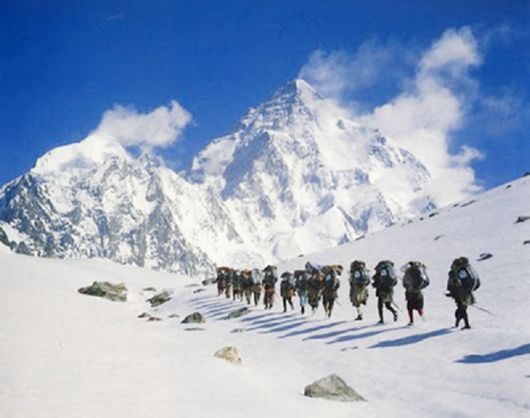 The trek involves climbing up to dizzying altitudes of 18,000 feet to catch a glimpse of Mount Kailash. While some yogis and practitioners do it every year bare-foot and wearing only a loincloth, most first timers have to deal with altitude sickness, nausea and blurred vision. Yikes!

The rough terrain of this trek in Ladakh is only the first of many challenges one faces here. The temperature is below -20 degrees and the place also has a higher than average number of snow leopards. On the bright side, you probably won’t feel it if one of those leopards bites off a frozen toe anyway! 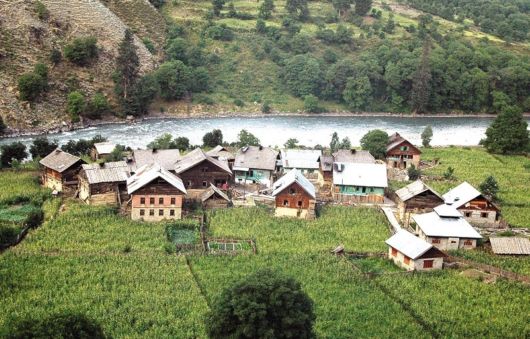 Gurez or Gurais, as it is also known, is located 120 km from Srinagar, right below the Line of Control. Such close proximity to this terse area has had it’s effect on the people, with reports of stray landmines having blown people’s legs off. It is also highly avalanche prone, once experiencing 80 avalanches in 3 days. This turbulent zone’s danger is offset by the sheer beauty around though.

13. Bhangarh Fort – Haunted by the spirit of a destructive sadhu 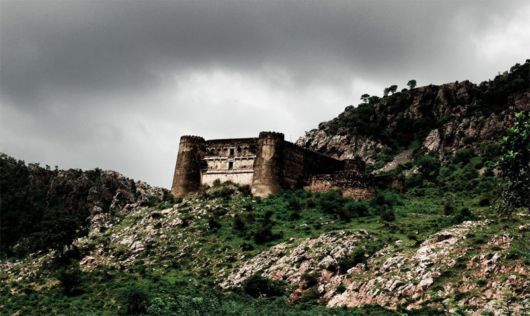 Bhangarh Fort in Rajasthan is known worldwide equally for it’s external beauty as well as it’s haunted interiors. People only live on the outskirts of the fort for fear of violent spirits and the fort is closed off to visitors at night due to several early abductions and deaths of thrill seekers, including cases of people going mad with fear in the fort. 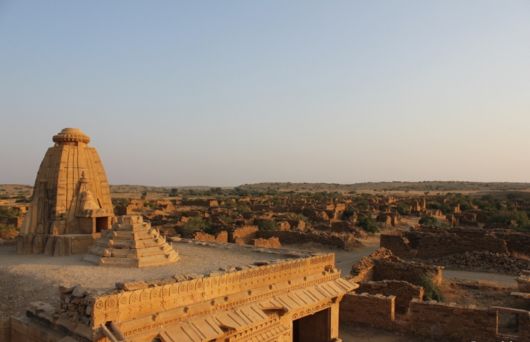 Kuldhara used to be a bustling village in Rajasthan about 300 years ago with a healthy population and good relations with it’s neighbours. Now however, it lies as a ghost town, untouched by the ravages of time and maintaining an eery disquiet. Legend says that in 1825, all the good people of Kuldhara and it’s neighbouring villages up and disappeared, never to be seen again anywhere. Alien abductions seems likely…

The Dumas Beach in Gujarat has always been shrouded in mystery, considered with extra care as it is also a cremation ground. There have been several reported disappearances around this beach, and it doesn’t seem to be sharks that are doing the taking. Black sands and dark nights make this a place to maintain a good distance from after dark.

None of these reasons should dissuade you from trying to see these places however. Recent years have seen things calm down in these spots and it would at most be a good experience for an adrenaline junkie.