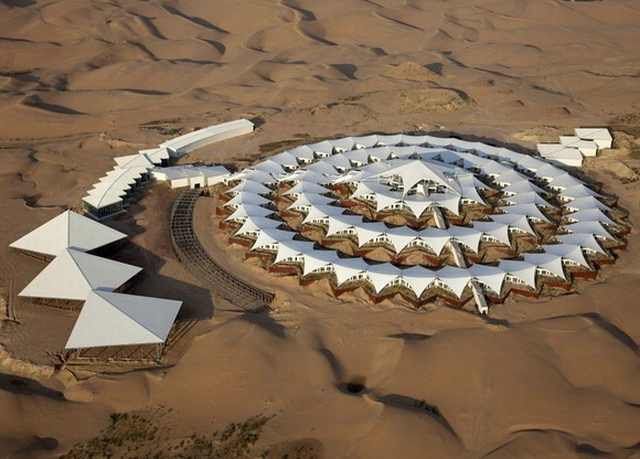 In the isolated Xiangshawan Desert in Mongolia lies a magnificent hotel surrounded by a circle of white tents. The tents were rotated at 45 degrees and connected together to look a lotus flower. 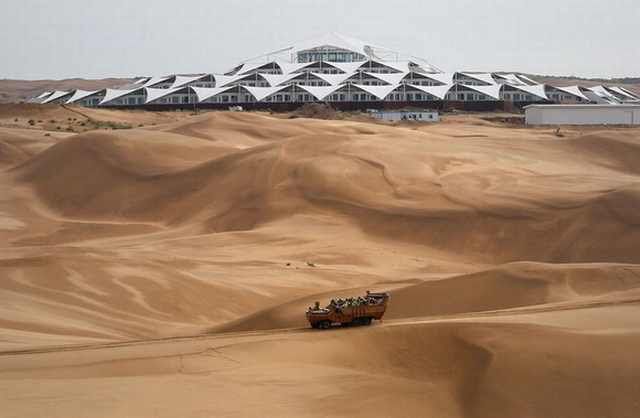 The resort was built without tiles and bricks due to the rugged climate, and instead with ‘greener’ materials that take advantage of the solar, water and wind energy in the desert. The tents were erected to protect the hotel against the elements. 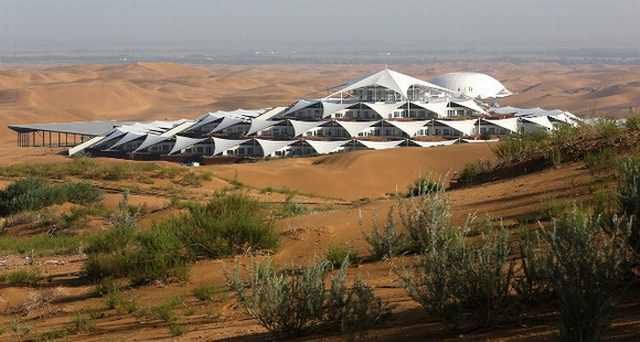 Due to its difficult geographic condition, a new structural system was developed by the builders of the hotel to keep it in place. Instead of using concrete or water, the building is fixed with steel panels with sand at its base. 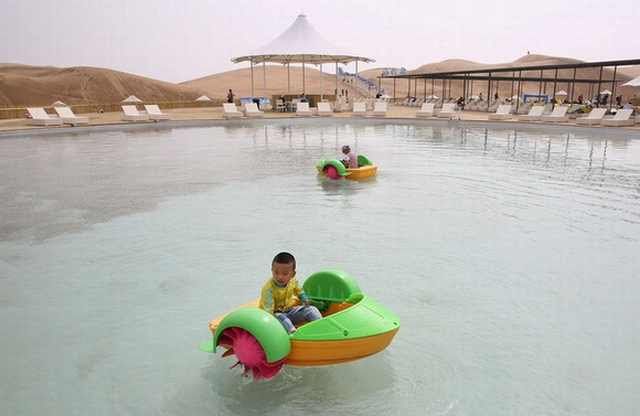 The hotel is very popular amongst Chinese tourists because it is located 800 km (500 miles) from Beijing and even closer to a number of other large Chinese towns. 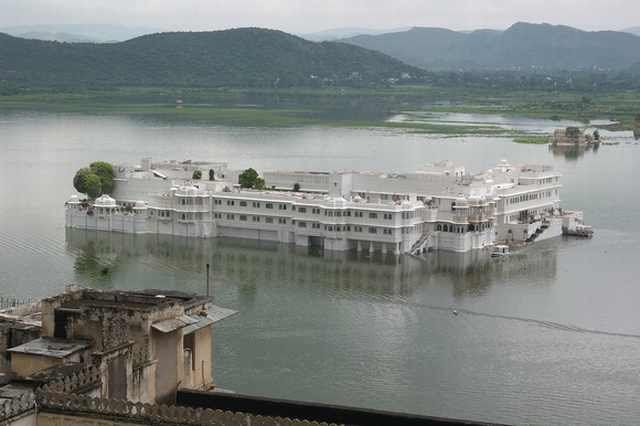 Yet another hotel floating on water, the Lake Palace has 83 rooms and suites all decked with marble floors. The hotel is located on a large rock called Jag Niwas Island in Lake Pichola. 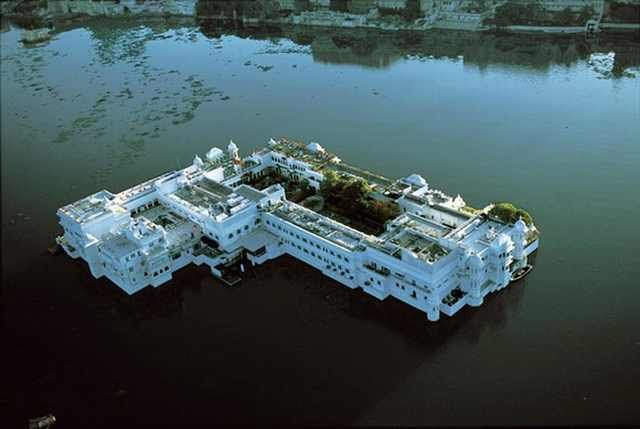 The hotel has a speed boat that transports guests to and fro. It has many times been voted the most romantic hotel in India and in the world. 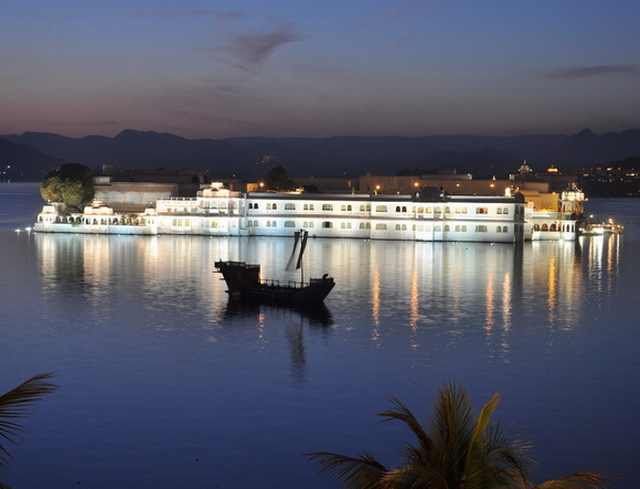 The hotel was built between 1743 – 1746 under the direction of Maharana Jagat Singh II, the 62nd successor to the royal dynasty of Mewar. It was meant to be a royal summer palace and was originally called Jagniwas or Jan Niwas after its founder. Commercial ownership of the summer palace was assumed in 1971 and another 75 rooms were added to accommodate all of the guests. 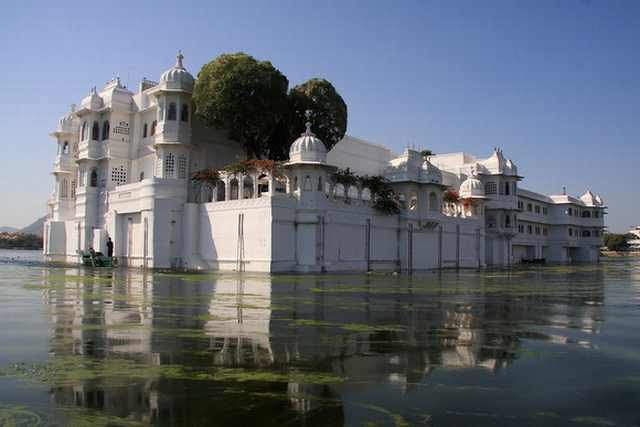 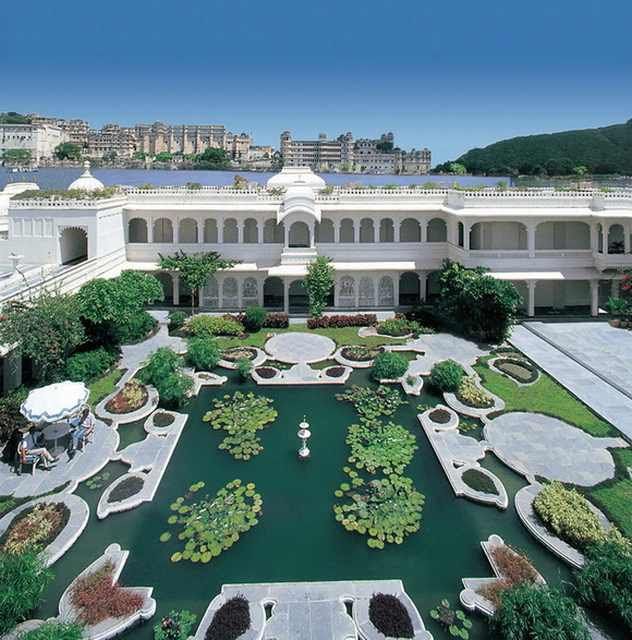 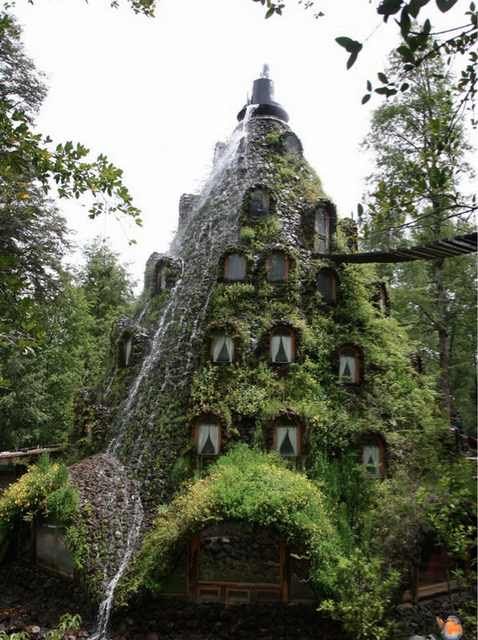 A hotel shaped a volcano that spews water instead of fire from its top! The hotel is located in the Huilo Huilo Private Nature Reserve and the hotel is completely nestled into its natural surroundings. 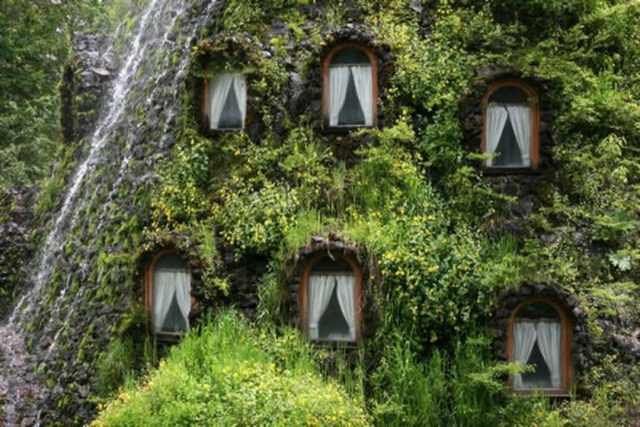 The entire hotel is covered with moss and plant life, making it look a magical mystical palace in the middle of the forest. The nature reserve is home to some of the world’s rarest species, the Pudu, the world’s smallest deer and the longest zip line in South America. 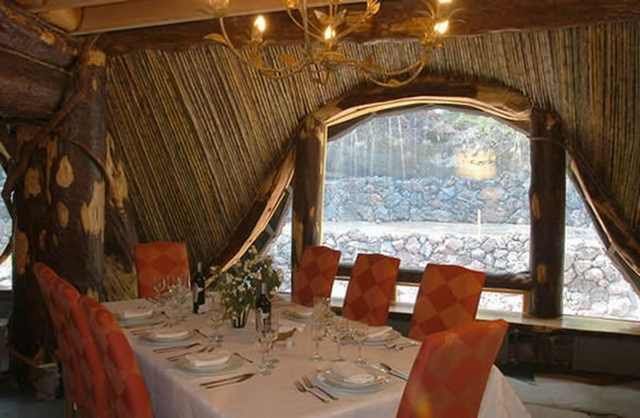 The hotel itself is built from local wood and stone, and each room is named after a different local species of bird. 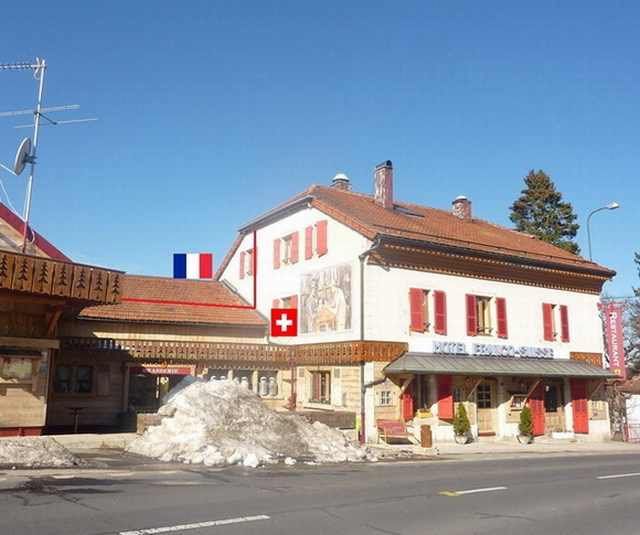 One of the world’s only hotels built on the border between two countries, the Hotel Arbez is located in the small town of La Cure along the French- Swiss border. The cozy hotel was built in 19th century alpine style with wooden beams and a country kitchen to serve its guests. 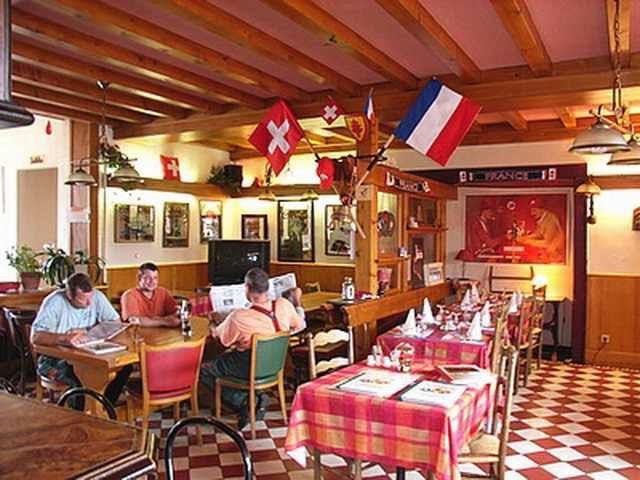 The hotel dates back to the 19th century when Monsieur Ponthus look advantage of a border treaty between France and Switzerland to build a structure along the border with the intention of doing business. The structure was erected in no time, and by the time the Swiss had ratified the treaty, Monsieur Ponthus’s structure was already up and running, with a bar on the French side and a shop on the Swiss side.

Now you know that there is much more to a hotel than a place to rest your head!