Indian Railways has 63,028 km of tracks running through the country, and operates 14,300 trains on a daily basis. Considering this is the year of the long weekend, you’ve got ample options to travel to. Needless to say, you know what to do!
(Get on a train, for those of you who are thick.) 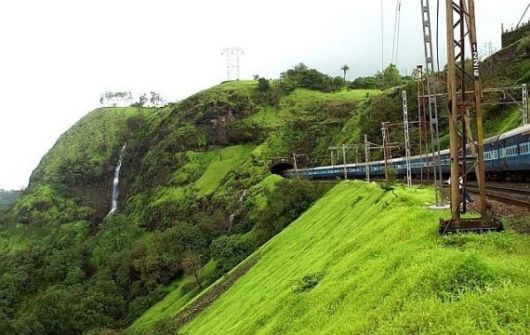 The Western Ghats are rich in biodiversity, and during the monsoons this journey gets even more magical. The greenery looks refreshed with numerous streams and cascading waterfalls. The train passes through the village settlements of Thakurwadi before hiking up Monkey Hill, then crossing Khandala and reaching Lonavala. 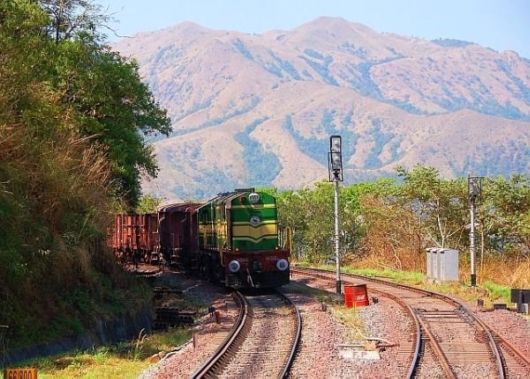 The best stretch is from Sakleshpur to Subramanya where the trains chugs past rice paddy fields and Areca nut palm trees. It passes through 57 tunnels through the journey offering views of the misty mountains and sparkling waterfalls. 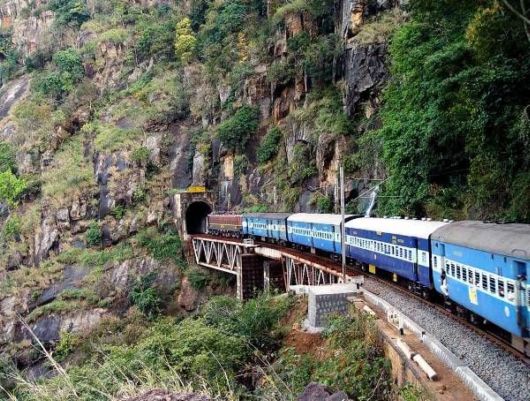 The route passes through the most beautiful landscapes including coffee plantations. This line would previously transport iron ore from Chattisgarh to Vishakapatnam. 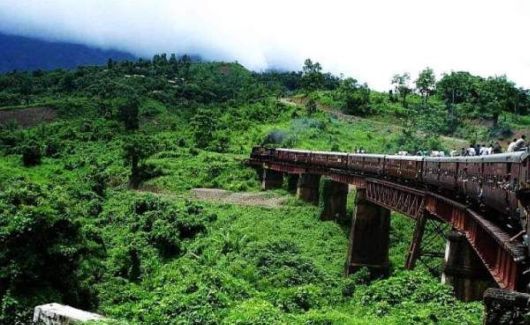 The train inches into the lush greenery of the adjoining valleys of Haflong, before joining the banks of River Jatinga and meandering along with it. A few hours later you will witness the wonderful tea plantations of the Barak Valley before heading towards Agartala. 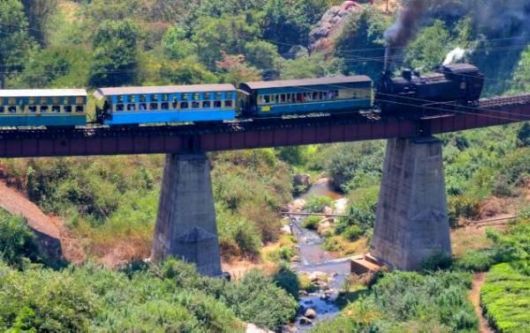 Running for over 110 years, this is a train journey you should definitely have on your bucket list. Going through rocky terrain and meandering its way through tea plantations, the steam locomotive covers 46 km to Ooty in four and a half hours. 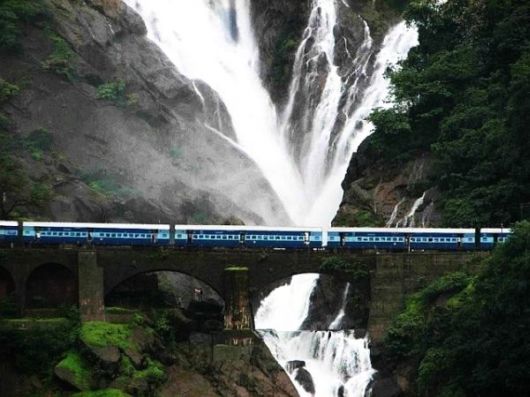 A train ride from Vasco da Gama takes you from the serene beaches to the precarious curves of the Western Ghat Mountains offering a breathtaking sight of the Dudhsagar Waterfalls, one of India?s highest and most exquisite falls.

The magnificent Sahyadris join in to make this one of the most sought after journeys for any railway enthusiast in India. The Konkan Railway is also an example of the expertise of the engineers of this country, who constructed this marvel battling against a hostile loose terrain with frequent landslide tendencies. 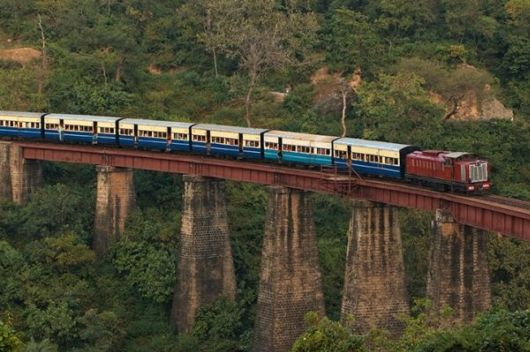 Starting from Pathankot in Punjab, the train covers 164 kms to Jogindernagar in Himachal Pradesh, meandering through numerous passes and rivers of the Kangra valley. It is a laid back option for traveling across the Kangra valley. Yet the views it offers compensate for the speed. 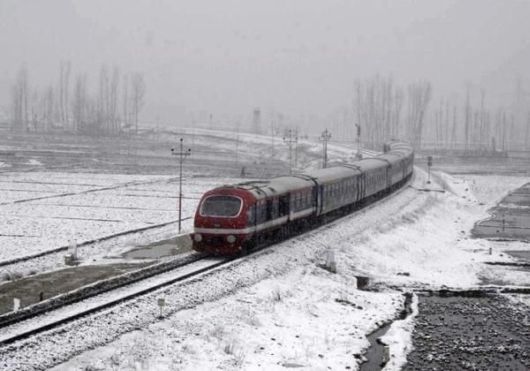 It is a refreshing ride through the Kashmir Valley, weaving through the snow capped peaks at a distance and the Chinar trees all around. The best time of taking this journey is during the winters when the surroundings are covered with snow. 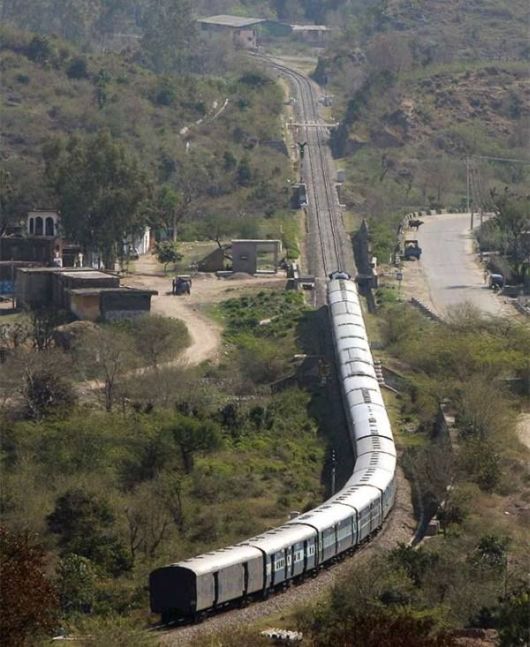 The extremes of winter and summer along with the unfavorable terrain make this route one of the most thrilling of all Indian train rides. This route has 20 major tunnels and 158 bridges which offer astounding views of the rivers and valleys around the beautiful Shivalik Mountain Ranges. 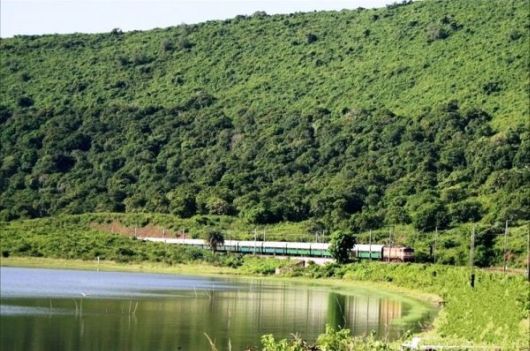 The train route runs between the Eastern Ghats and the Chilka Lake providing all the stunning views of Orissa. The Chilka lagoon is a sight for migratory birds and is a perfect place for birdwatchers. 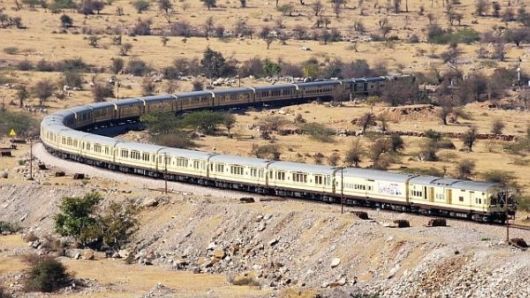 If you thought a desert route from Jodhpur to Jaisalmer would be dull, you couldn’t be more wrong. The sight of painted mud huts and numerous camel grazing is just so typically Rajasthani and magical. Witnessing a sunrise or sunset from the train is pure delight to the senses. 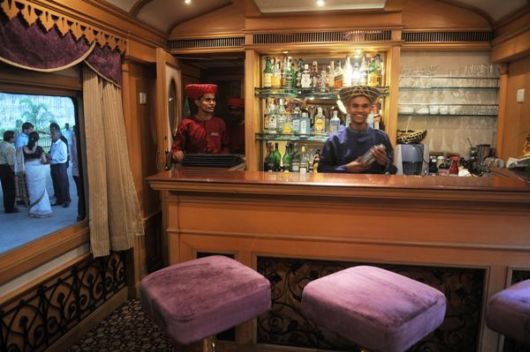 This train runs from Pune to Delhi and takes ten days in total. Not recommended for the business traveller but for the luxury traveller, as it comes complete with a library, ayurvedic massage centre, steam rooms and a gymnasium. It stops at stations which are close to tourist destinations and sights like the Ajanta and Ellora Caves and the Taj Mahal. 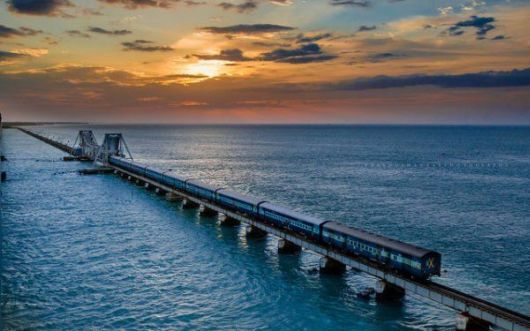 Running on the second-longest bridge in the country, this route is considered one of the most thrilling and dangerous as it is a thin bridge. It connects the Tamil Nadu mainland to the island of Rameswaram. 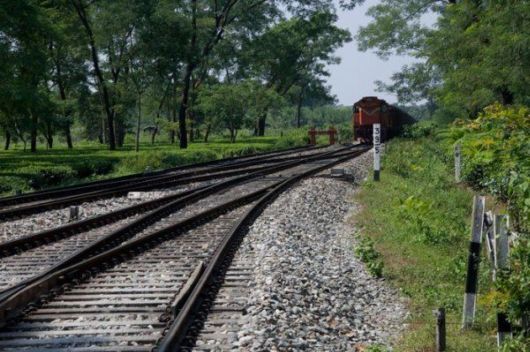 The train route which recently converted to broad gauge has minimum traffic but passes through notable wildlife sanctuaries that are rich in flora and fauna. It crosses Mahananda Wildlife Sanctuary, Chapramari Forest, Jaldapara Wildlife Sanctuary and Buxa Tiger Reserve along with numerous stream crossings. 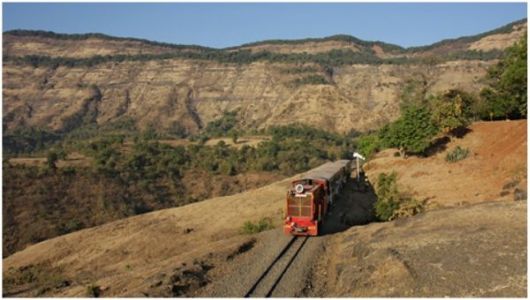 The only heritage railway in Maharashtra, Matheran still is a favourite among locals and visitors. This narrow gauge rail line was built by Akbar Peerbhoy between 1901 and 1907. It runs through large patches of forest and covers a total distance of 20 km. 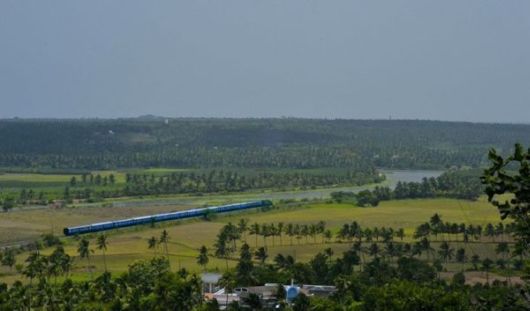 A short train journey, but one packed with visual delights, this journey takes you through tightly packed coconut trees, and past coastal architecture. This train ride is through South India?s most picturesque locations. 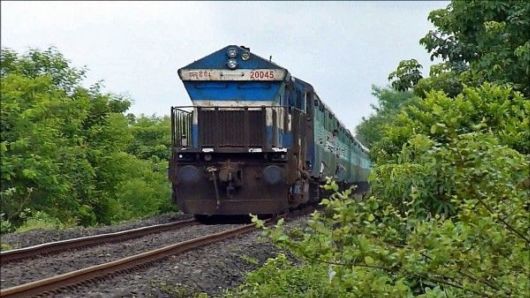 The train that connects you to both these lovely places is one that gives an equally stunning view of what is sandwiched in between the Sahyadari hills and the Arabian Sea. Rumbling through 92 tunnels and on 2000 bridges, this route gives you Instagram moments every five seconds. 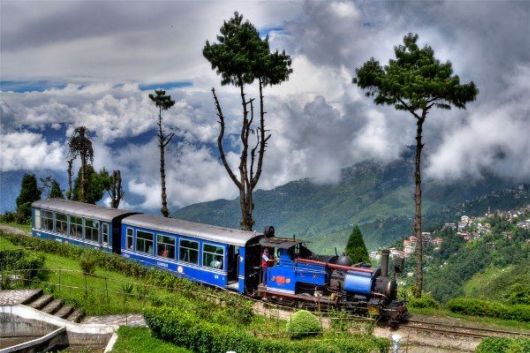 Running from Jalpaiguri to Darjeeling, the journey takes you as close as possible to the tea pickers with baskets strapped on their heads and the smell of tea leaves that wafts in the air. An interesting thing to note about this train is that it runs on the metre gauge and is also a UNESCO world heritage site since 1999. 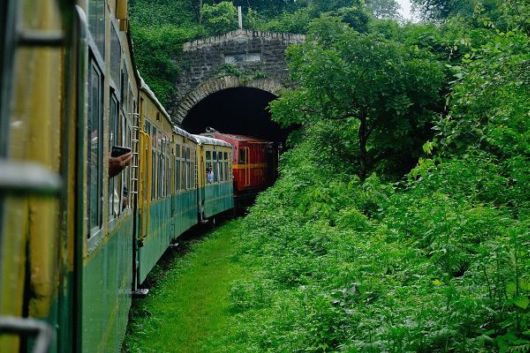 The heritage railway between Kalka and Shimla features in the Guinness Book of World Records for offering the steepest rise in altitude in the space of 96 km. It passes through 102 tunnels and 864 bridges, flanked by the picturesque Shivalik Mountains on both sides. The fresh air, and the whizzing views of oak, pine and maple trees are just some things that make this journey memorable. 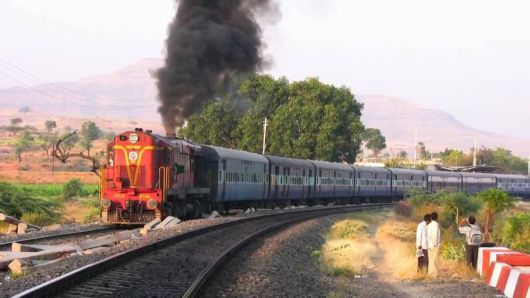 The railway cuts deep through the barren and lofty Sahyadri mountains and passes through loose rocks on all sides. This lies in the Pune-Satara section of the Central Railways.