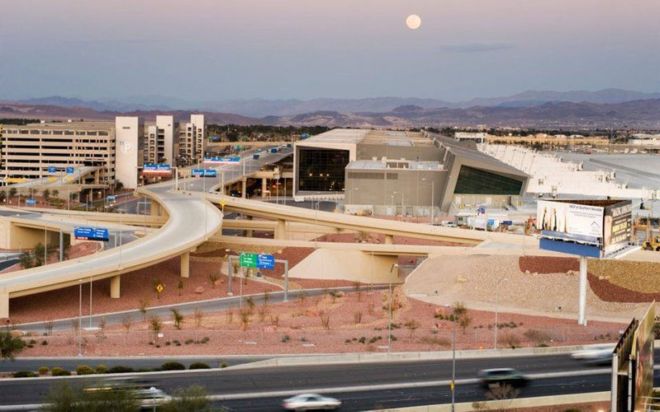 For the most scenic landing in the U.S., fly into McCarran International Airport. As you descend, watch Sin City emerge as though out of nowhere from desert and mountain land. And by night, cast your eyes over the cluster of neon lights along the Strip before trying your luck on the airport’s slot machines.

McCarran International Airport is the primary commercial airport serving the Las Vegas Valley, a major metropolitan area in the U.S. state of Nevada. It is located in Paradise, about 5 miles (8.0 km) south of Downtown Las Vegas. The airport is owned by Clark County and operated by the Clark County Department of Aviation. It is named after the late U.S. Senator Pat McCarran, a member of the Democratic Party who contributed to the development of aviation both in Las Vegas and on a national scale.