Corinth Canal ? Canal in Greece, connecting the Aegean Saronic Gulf and the Gulf of Corinth Ionian seas. Dug through the Isthmus of Corinth, which connects the Peloponnese peninsula with the mainland. It was named in honor of the city of Corinth, located at the western end of the canal. The canal is 6.4 kilometers in length and only 21.3 meters wide at tits base. Earth cliffs flanking either side of the canal reach a maximum height of 63 meters. Aside from a few modes sized cruse ships, the Corinth Canal is un-serviceable to modern ships. Channel walls of the natural origin, mainly of limestone, Through the canal spanned one rail and three road bridges. Additionally, on both sides of the canal function submersible bridges. The Dream for connecting Corinthian Gulf of Corinth with the Saronic of ancient Corinth’s tyrant of Periandros on 602 BC became a reality 2500 years later. 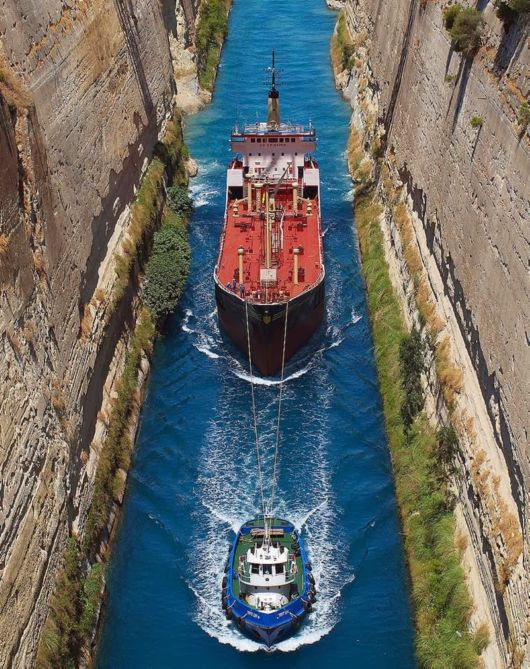 Before the construction of the Corinth canal sea route from the Aegean Sea to the Adriatic was 400 kilometers long because of he need to bend around Peloponnesus. Therefore, the need to create such a structure stood in front of the Greek population in the days of antiquity. First attempt to build a canal carried ruler Periander of Corinth at the end of the 7th century BC. However the technical possibilities of the time were not sufficient for the implementation of such a major project. The project was seriously engaged in such famous people like Alexander the Great, The Roman Emperors Julius Caesar and Caligula and Nero, In 67 BC project is proceed by Emperors Nero and the project was managed to build the first 3,000 meters from the side of Corinthian Gulf, but the project was ceased. eventually, Nero died shortly after his return to Rome in 69 BC. In 1882, the construction began on a modern Corinth Canal, the author of the project was the famous French architect Ferdinand De Lesseps – Author of the Suez Canal. The Canal was finally completed on October 28, 1893 by the French, who created the amazing landmark, which still flocking travel routes. The Canal pass 15 thousand ships annually. Because of the narrowness of the channel, navigation problems, and frequent landslides, here ever so plainly and has not been established ship traffic. Currently, the Canal is mainly used as a tourist attraction. Especially beautiful view of the canal from the bridge of the old road. And in the evening, when the walls of the channel highlighted spotlights, it represents a truly unforgettable sight. First Image by Flickr user Dionisis 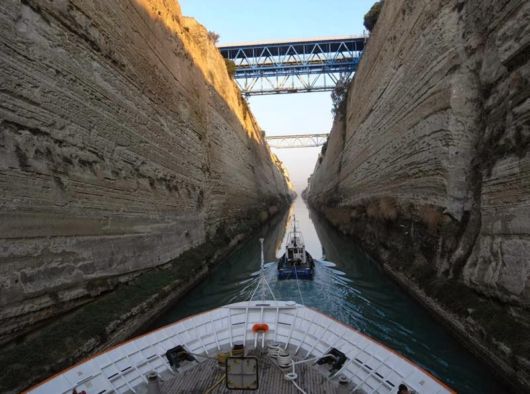 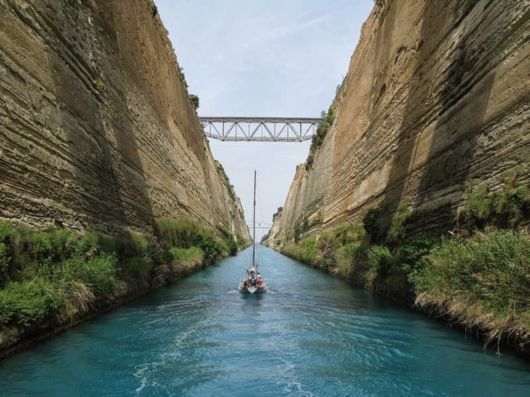 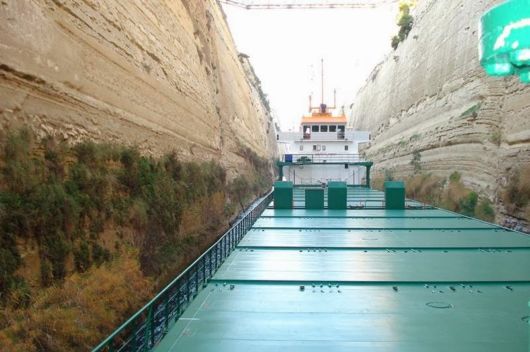 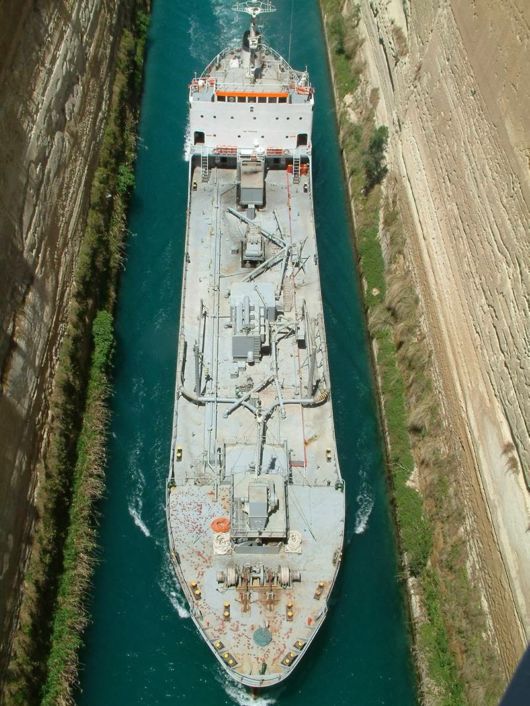 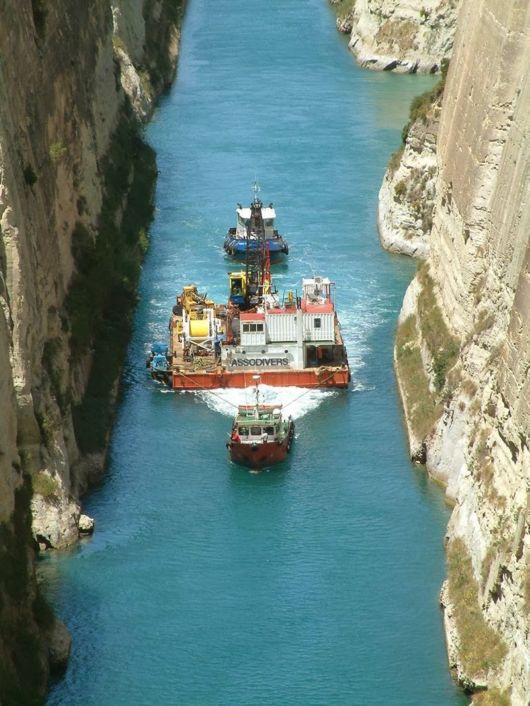 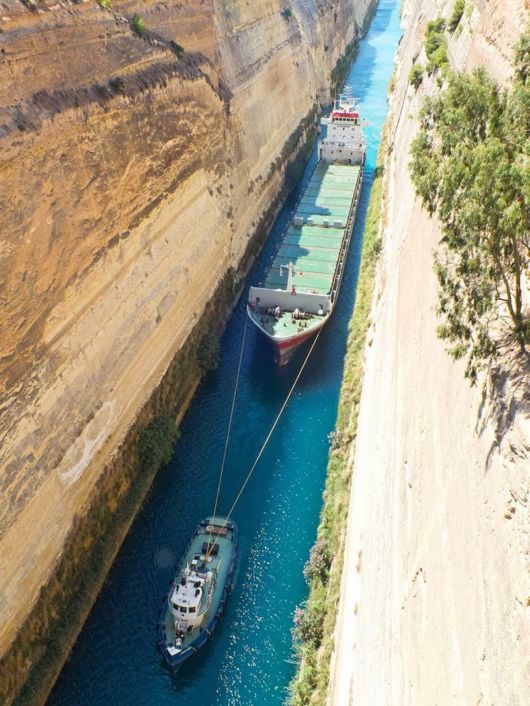 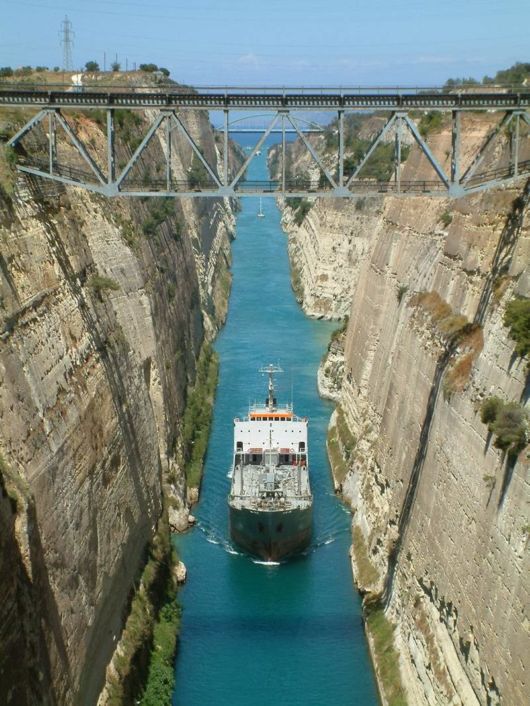 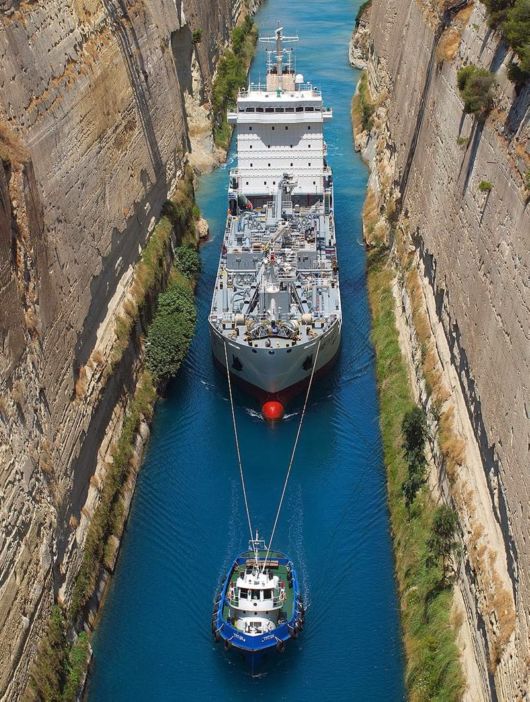 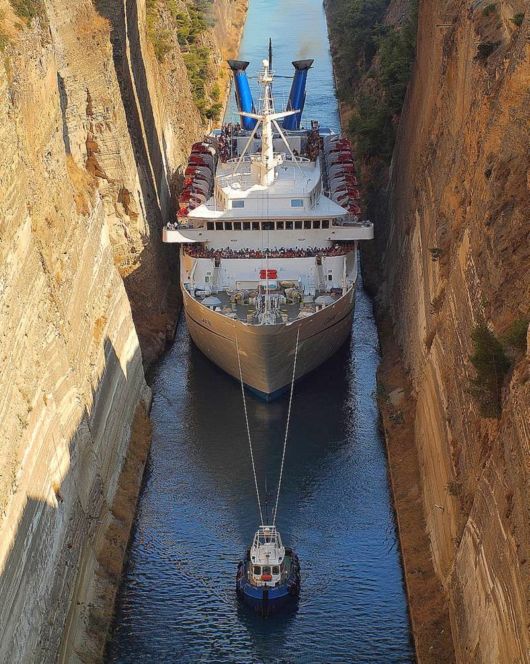 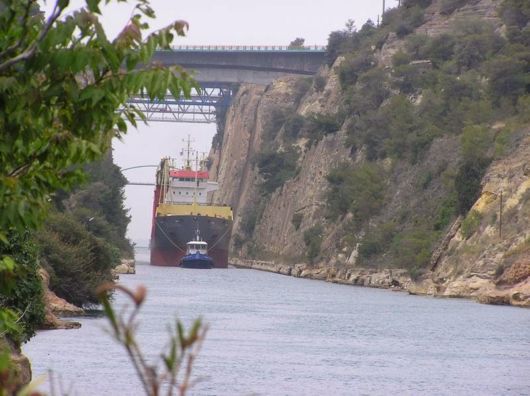 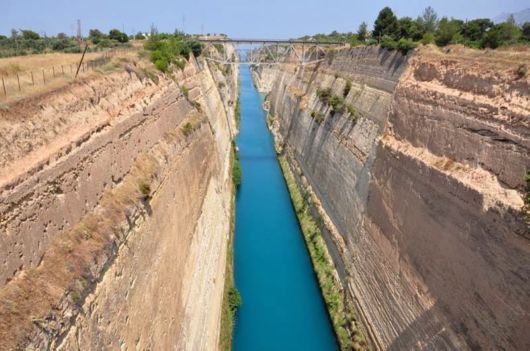 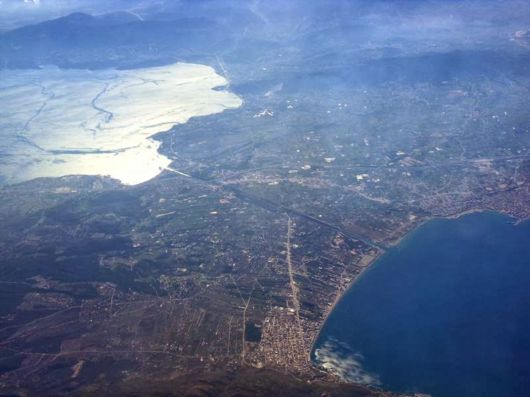