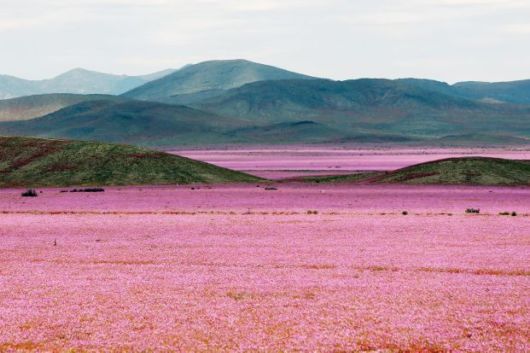 It may be one of the driest regions in the world, but not even that can stop one of the most beautiful naturally occurring phenomenas on earth. The photos you see below aren’t the result of the photoshop, they are taken in north Chile’s Atacama Desert and show millions of flowers populating a normally baron landscape caused by unusual amounts of rain in the area.

The phenomenon even has its own name, a desierto florido, otherwise known as ‘desert in bloom’ and normally happens once every five to seven years, usually in relation to the El Niño?s warming of Pacific Ocean waters. What makes this years bloom even more special is that it’s a ‘double bloom’ which started in March due to severe weather to help germinate the plants and boosted them again when bad weather returned in late September. 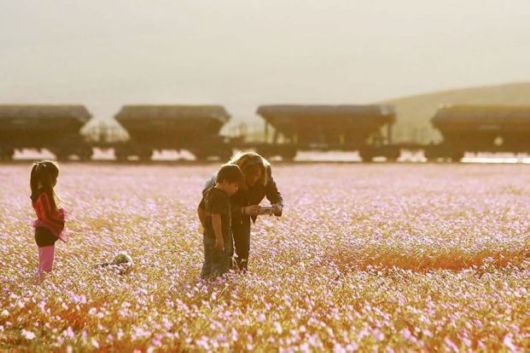 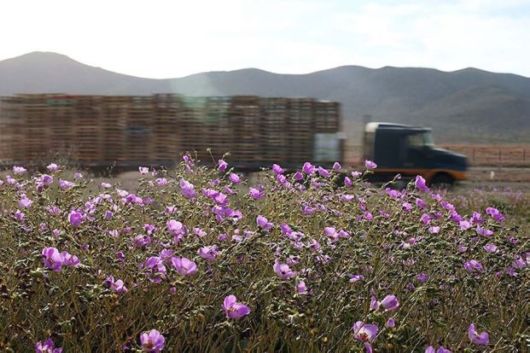 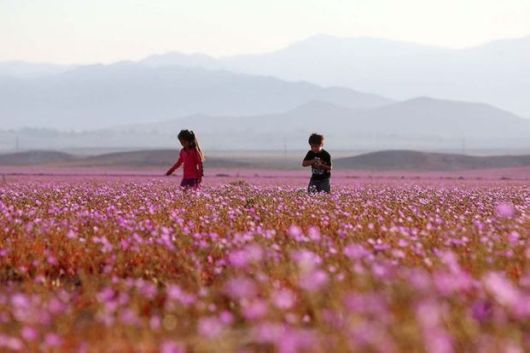 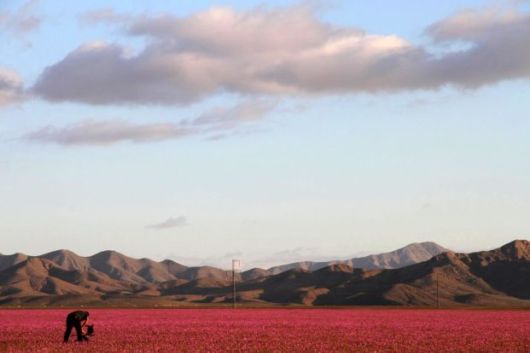 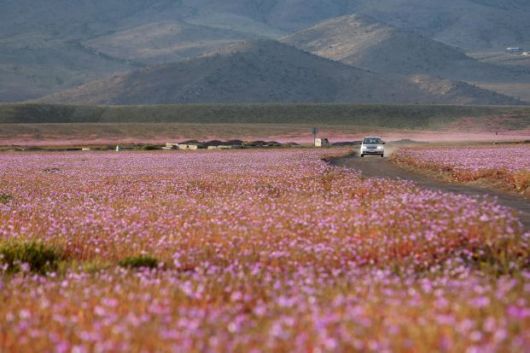