Rest your weary sea legs: Divers explore pristine alpine park that turns into a lake for half the year

The emerald green waters of this mountain lake offer some of the most unique diving in landlocked Austria.

On the bed of the lake underwater explorers will discover fish swimming though the branches of trees, a floor covered in grass, benches, bridges and a landscape that looks like it belongs overground.

And that’s because for half of the year it is over ground. 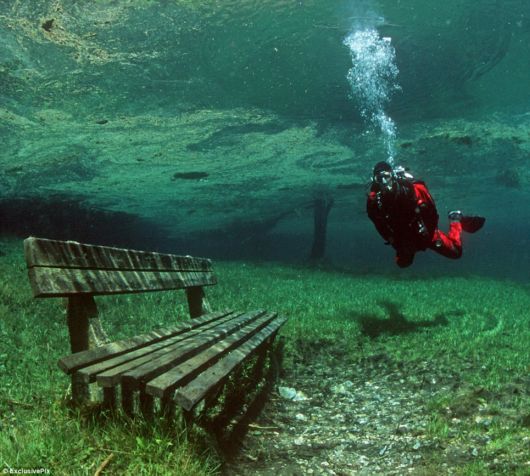 Underwater park: A diver thinks about a sit down beneath the Green Lake 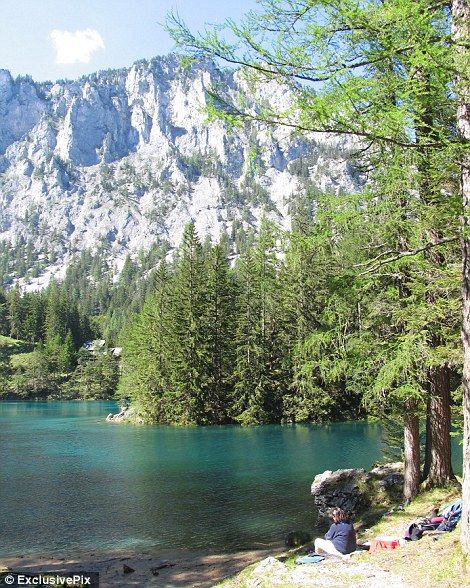 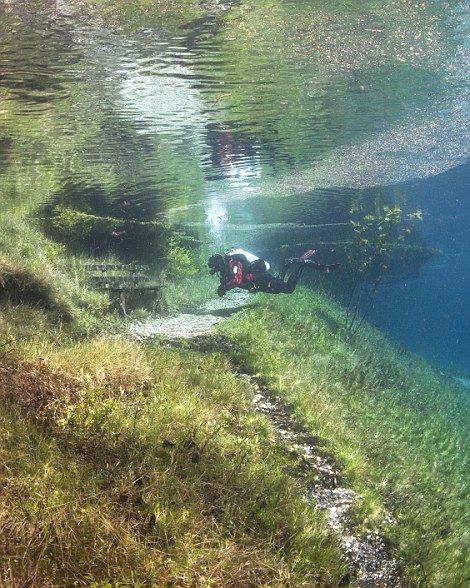 Changing of the seasons: Above photo shows, how the park looks during the autumn and winter months with a shallow layer of water at its lowest part, and lower, divers flood in to explore the area in a totally different way in the summer

This is the Green Lake in Tragoess, Styria, which sits at the foot of snow-capped Hochschwab mountains.

Throughout the frozen winter months the area is almost completely dry and is used as a county park. It is a particular favourite site for hikers.

But as soon as the temperatures begin to rise in spring, the ice and snow on the mountaintops begins to melt and runs down into the basin of land below.

The park fills up with ice-cold crystal clear water, which gets its distinctive green colouring from the grass and foliage beneath.

The water levels rise from about one or two metres deep in the winter to as much as 10 metres in the late spring and early summer.

The waters are at their highest in June when it becomes a mecca for divers keen to explore the rare phenomenon, before the waters recede at the end of July. 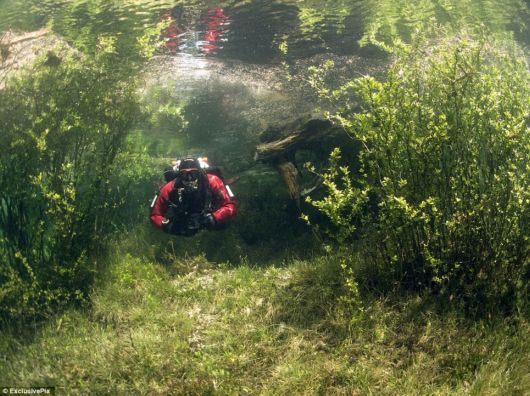 Tunnel vision: This diver swims between two bushes in the crystal clear water 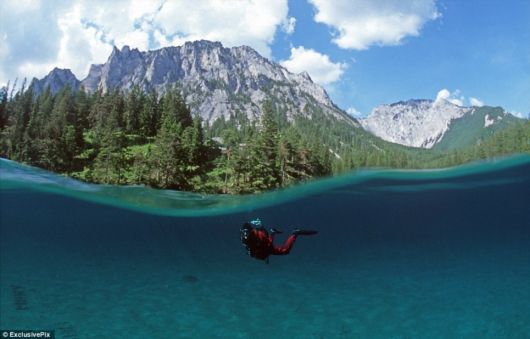 Alpine adventure: The lake is a well-known hiking destination and water levels have been steadily rising over the years

Who needs roads? A diver takes his own path through the country park, past an access road