The Avenue or Alley of the Baobabs is a prominent group of baobab trees lining the dirt road between Morondava and Belon’i Tsiribihina in the Menabe region in western Madagascar. Its striking landscape draws travelers from around the world, making it one of the most visited locations in the region. It has been a center of local conservation efforts, and was granted temporary protected status in July 2007 by the Ministry of Environment, Water and Forests, the first step toward making it Madagascar’s first natural monument. Along the Avenue in some 260 m long segment are remaining some 20 – 25 trees about 30 meters in height, of the species Adansonia grandidieri, endemic to Madagascar. Some 20 – 25 more trees of this species grow in nearby rice paddies and meadows. 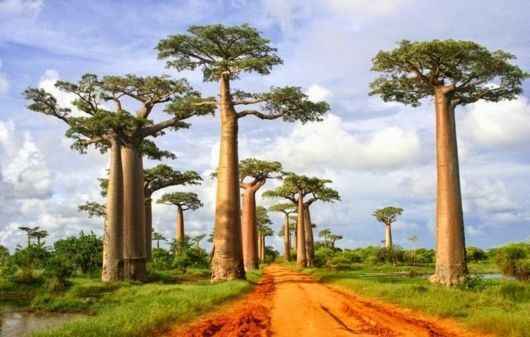 Baobab trees, up to 800 years old, known locally as renala (Malagasy for “mother of the forest”), are a legacy of the dense tropical forests that once thrived on Madagascar. The trees did not originally tower in isolation over the sere landscape of scrub but stood in dense forest. Over the years, as the country’s population grew, the forests were cleared for agriculture, leaving only the baobab trees, which the locals preserved as much in respect as for their value as a food source and building material. 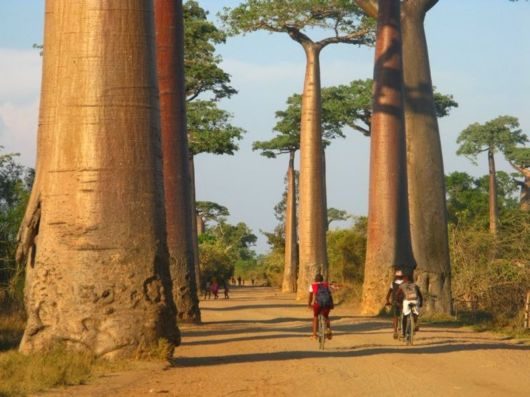 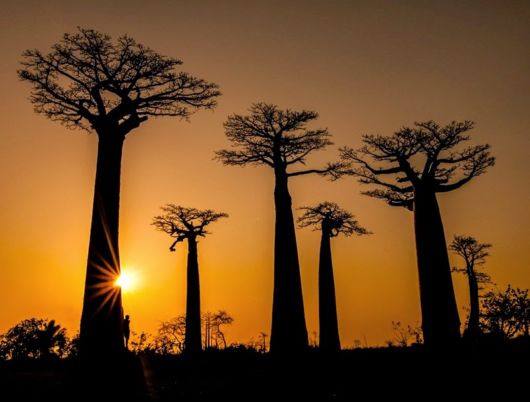 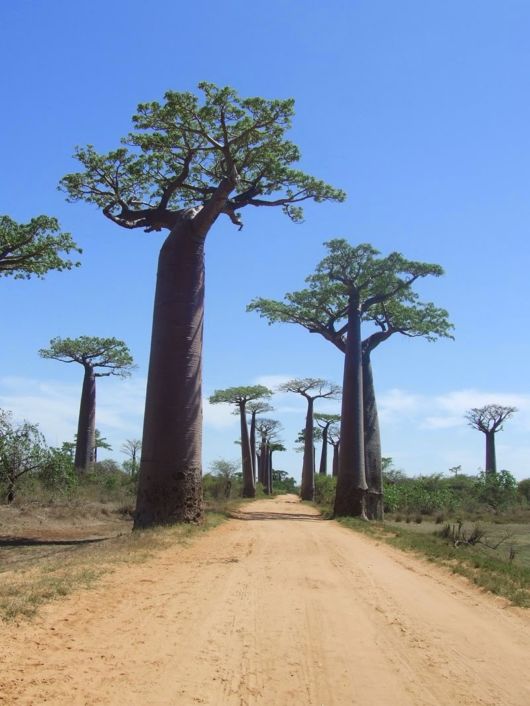 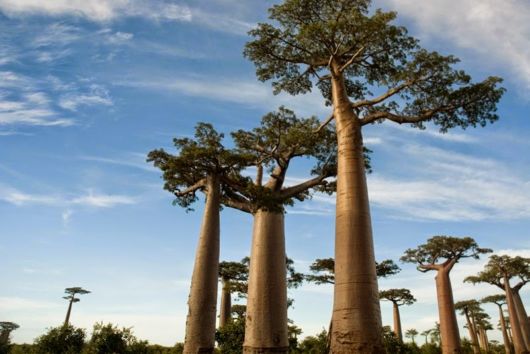 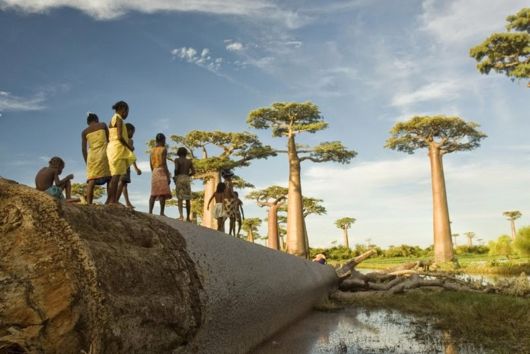 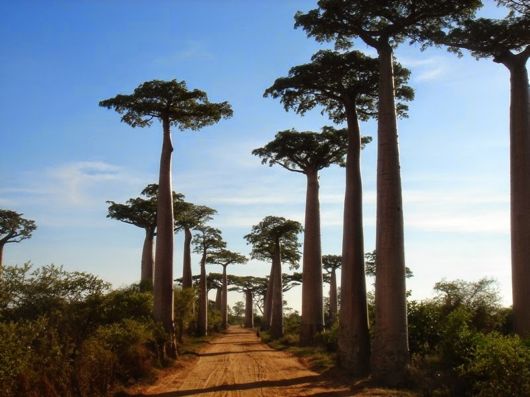 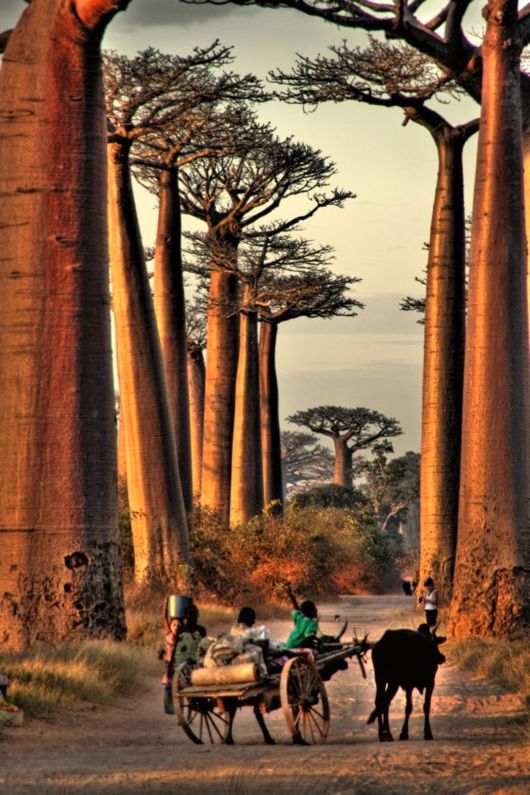 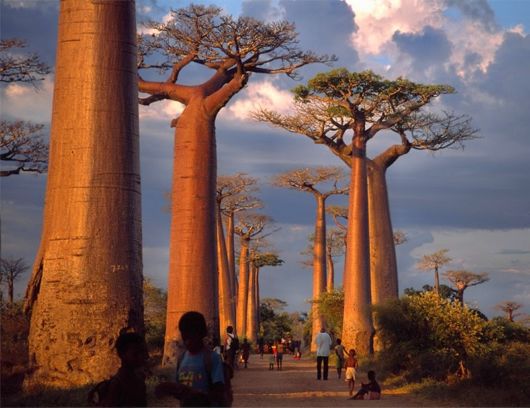 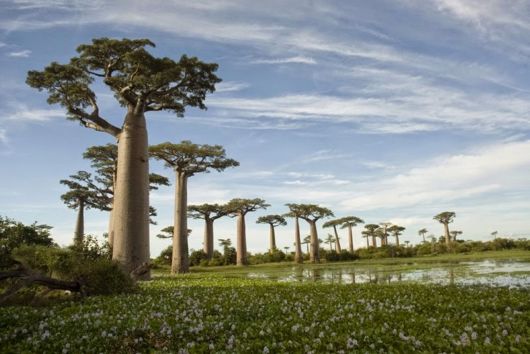 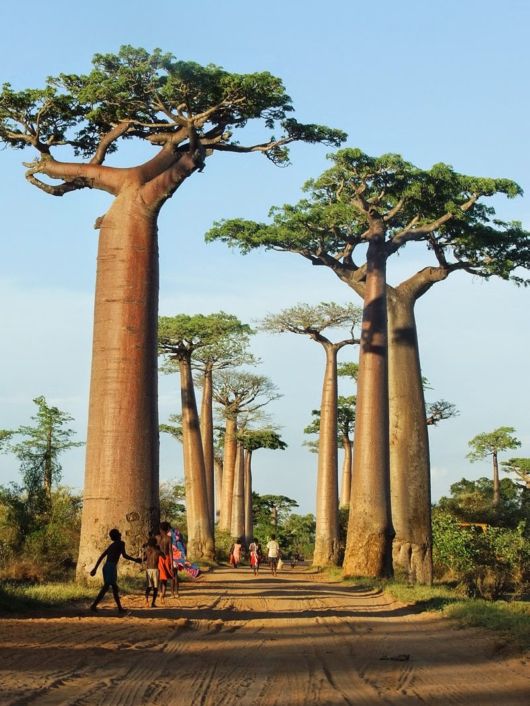