The ‘Cargo Hold’ restaurant is built in a replica of South Africa’s legendary ghost ship ‘The Phantom’ and masterfully incorporated into the famous uShaka aquarium, where floating marine predators – sharks. As you have a dinner in the cool dark interior of the ship’s stern, the finest marine life, including their famous sharks, will drift past the windows. Last century, The Phantom was sighted sailing into Durban harbor from a southerly direction. At dusk it rounded Durban’s Bluff headland with just one blue-green light swinging at the fore. 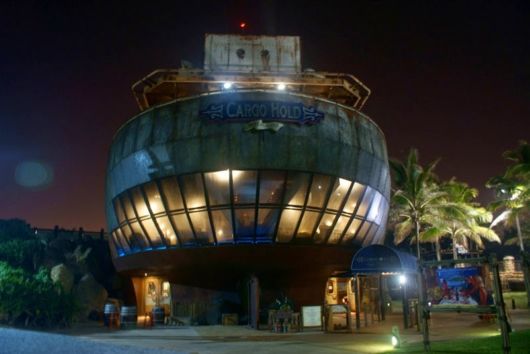 The ship’s stevedores waited for the vessel, described as a stern ship with a black and scarlet funnel and two masts, to enter the harbor, but it never did. Weeks later it appeared in the same place but even closer to shore this time. It answered no signals and flew no flags. Some said it was lost and others said it was on a secret mission. And with no conclusions reached the boat became ingrained in locals’ minds as The Phantom. 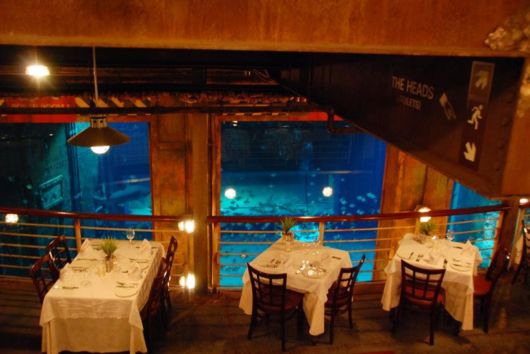 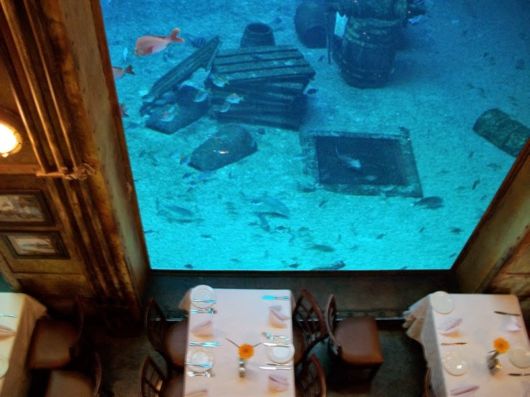 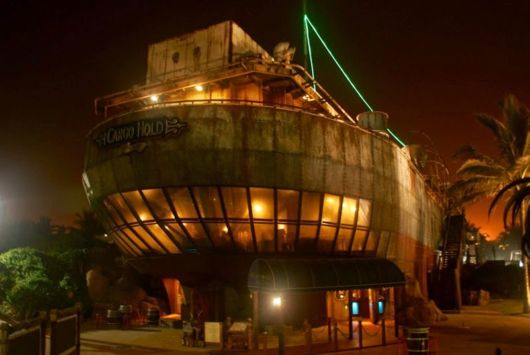 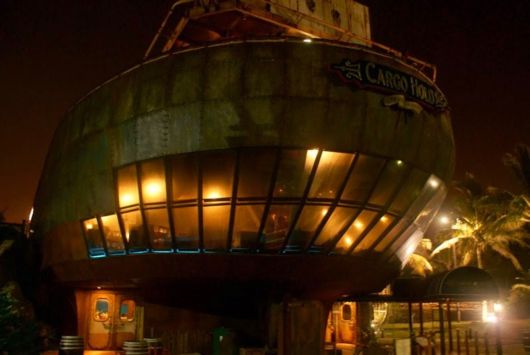 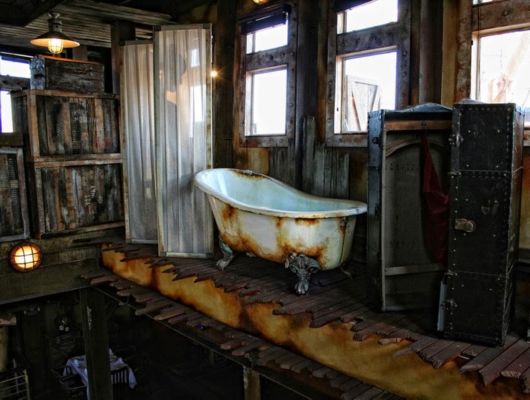 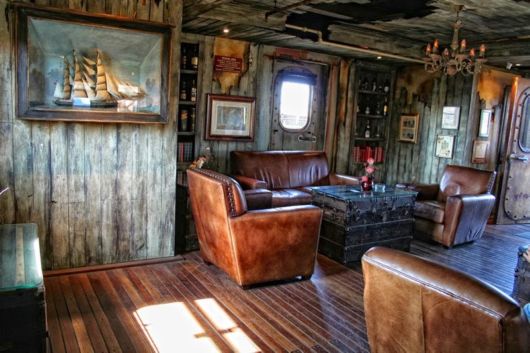 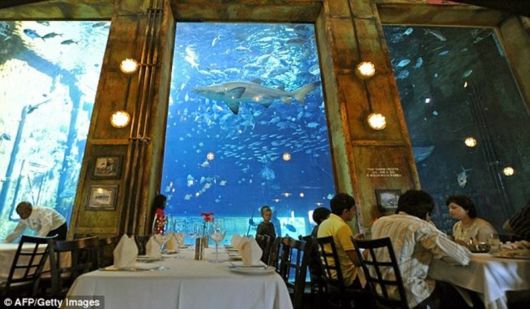 People lunch next to the window of a large aquarium with fish and sharks in the ‘Hold Cargo’ restaurant in Durban. 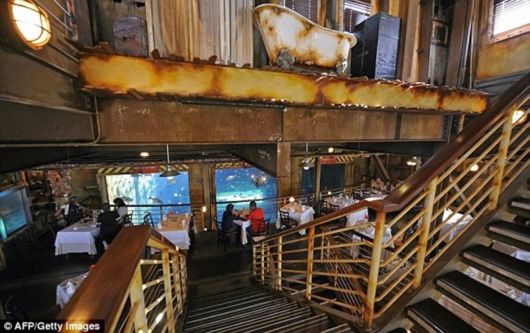 The ship has an authentically battered, rusty and weather-beaten feel to it. 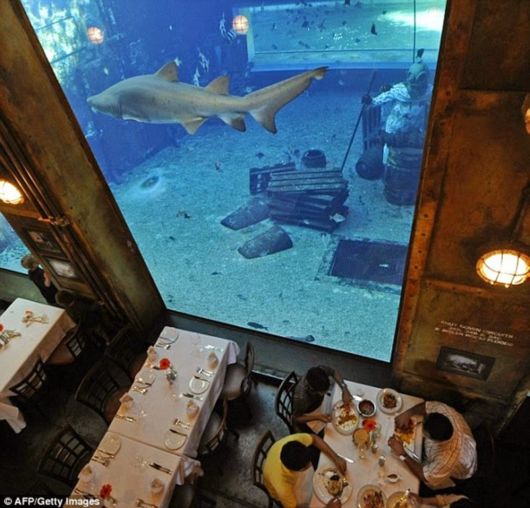 Snorkelling and dining all in one. A shark swims past the restaurant’s walls as oysters are cracked open.