THE WIDER VIEW: Taking shape, the new bridge at the Hoover Dam

Creeping closer inch by inch, 900 feet above the mighty Colorado River, the two sides of a $160 million bridge at the Hoover Dam slowly take shape. The bridge will carry a new section of US Route 93 past the bottleneck of the old road which can be seen twisting and winding around and across the dam itself.

When complete, it will provide a new link between the states of Nevada and Arizona. In an incredible feat of engineering, the road will be supported on the two massive concrete arches which jut out of the rock face.

The arches are made up of 53 individual sections each 24 feet long which have been cast on-site and are being lifted into place using an improvised high-wire crane strung between temporary steel pylons. 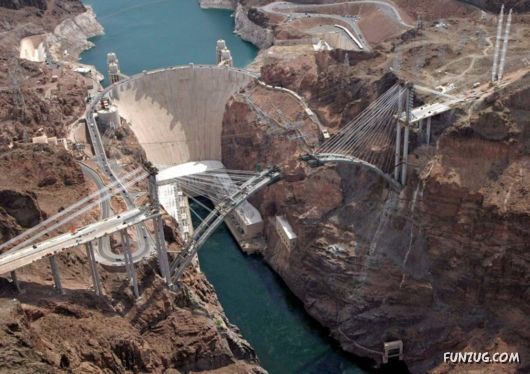 The arches will eventually measure more than 1,000 feet across. At the moment, the structure looks like a traditional suspension bridge. But once the arches are complete, the suspending cables on each side will be removed. Extra vertical columns will then be installed on the arches to carry the road.

The bridge has become known as the Hoover Dam bypass, although it is officially called the Mike O’Callaghan-Pat Tillman Memorial Bridge, after a former governor of Nevada and an American Football player from Arizona who joined the US Army and was killed in Afghanistan.
Work on the bridge started in 2005 and should finish next year. An estimated 17,000 cars and trucks will cross it every day.

The dam was started in 1931 and used enough concrete to build a road from New York to San Francisco. The stretch of water it created, Lake Mead, is 110 miles long and took six years to fill. The original road was opened at the same time as the famous dam in 1936. More photos below .

An extra note: The top of the white band of rock in Lake Mead is the old waterline prior to the drought and development in the Las Vegas area. It is over 100 feet above the current water level. 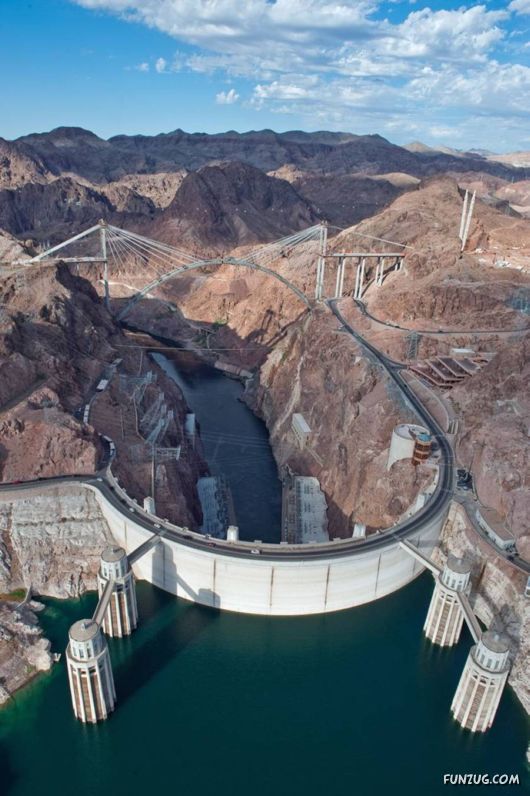 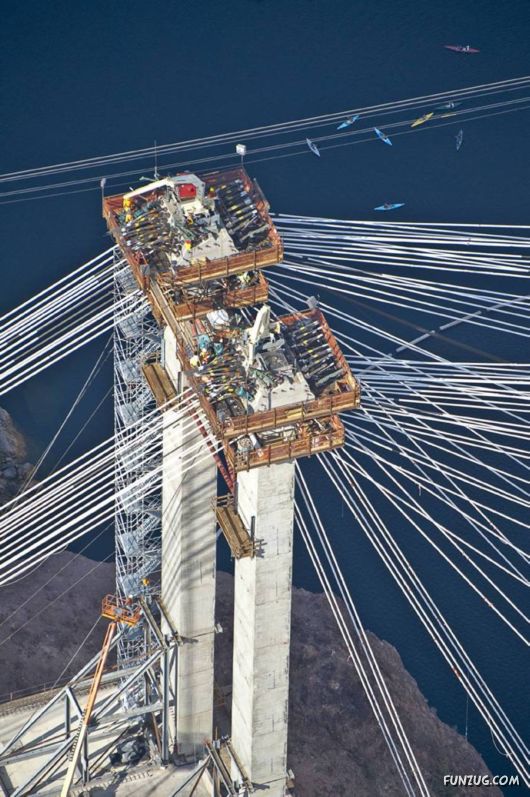 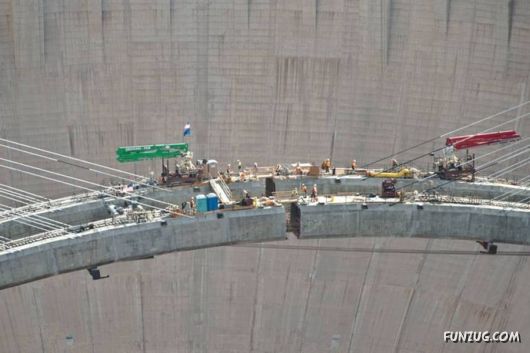 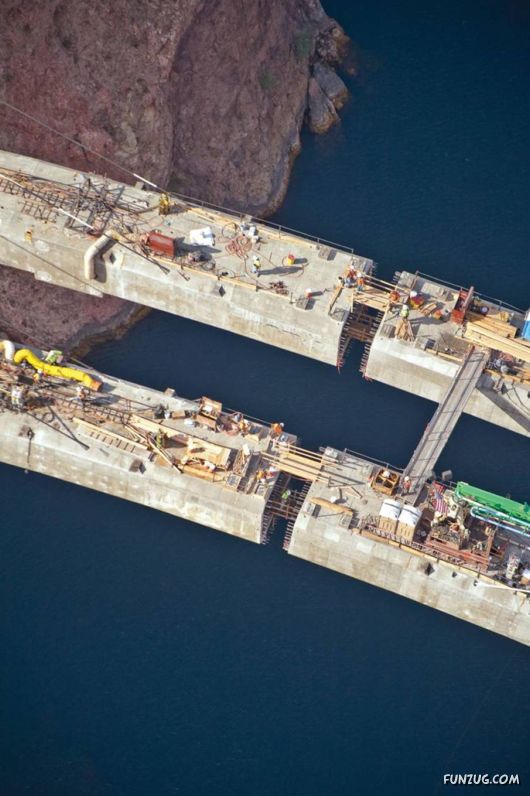 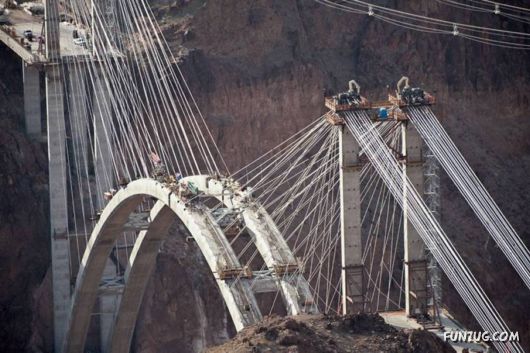 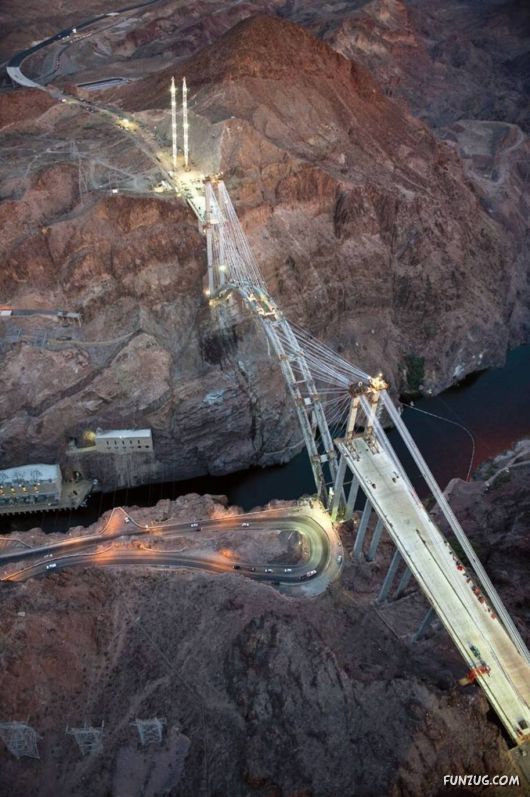