The Lion Monument, or the Lion of Lucerne, is a sculpture in Lucerne, Switzerland, designed by Bertel Thorvaldsen and hewn in 1820?21 by Lukas Ahorn. It commemorates the Swiss Guards who were massacred in 1792 during the French Revolution, when revolutionaries stormed the Tuileries Palace in Paris, France. Mark Twain praised the sculpture of a mortally-wounded lion as "the most mournful and moving piece of stone in the world.

From the early 17th century, a regiment of Swiss mercenaries had served as part of the Royal Household of France. On 6 October 1789, King Louis XVI had been forced to move with his family from the Palace of Versailles to the Tuileries Palace in Paris. In June 1791 he tried to flee abroad. In the 1792 10th of August Insurrection, revolutionaries stormed the palace. Fighting broke out spontaneously after the Royal Family had been escorted from the Tuileries to take refuge with the Legislative Assembly. The Swiss Guards ran low on ammunition and were overwhelmed by superior numbers. A note written by the King has survived, ordering the Swiss to retire and return to their barracks, but this was only acted on after their position had become untenable. 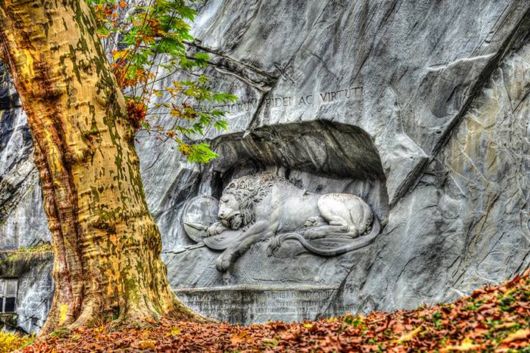 Of the Swiss Guards defending the Tuileries, more than six hundred were killed during the fighting or massacred after surrender. An estimated two hundred more died in prison of their wounds or were killed during the September Massacres that followed. Apart from about a hundred Swiss who escaped from the Tuileries, the only survivors of the regiment were a 300 strong detachment which had been sent to Normandy a few days before August 10. The Swiss officers were mostly amongst those massacred, although Major Karl Josef von Bachmann ? in command at the Tuileries ?was formally tried and guillotined in September, still wearing his red uniform coat. Two surviving Swiss officers achieved senior rank under Napoleon.

Memorial ? The initiative to create the monument was taken by Karl Pfyffer von Altishofen, an officer of the Guards who had been on leave in Lucerne at that time of the fight. He began collecting money in 1818. The monument was designed by Danish sculptor Bertel Thorvaldsen, and finally hewn in 1820?21 by Lukas Ahorn, in a former sandstone quarry near Lucerne. Carved into the cliff face, the monument measures a staggering ten meters in length and six meters in height.

The monument is dedicated Helvetiorum Fidei ac Virtuti ("To the loyalty and bravery of the Swiss"). The dying lion is portrayed impaled by a spear, covering a shield bearing the fleur-de-lis of the French monarchy; beside him is another shield bearing the coat of arms of Switzerland. The inscription below the sculpture lists the names of the officers and gives the approximate numbers of soldiers who died (DCCLX = 760), and survived (CCCL = 350).

The monument is described by Thomas Carlyle in The French Revolution: A History. The pose of the lion was copied in 1894 by Thomas M. Brady (1849?1907) for his Lion of Atlanta in the Oakland Cemetery in Atlanta, Georgia. 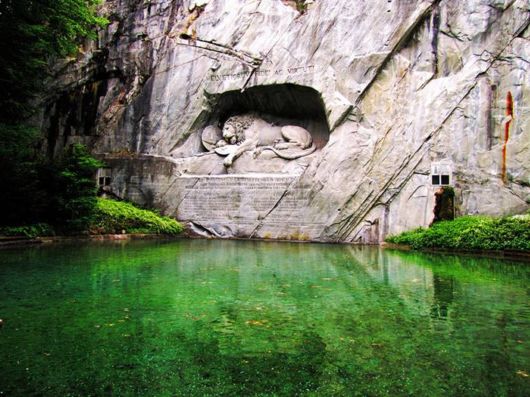 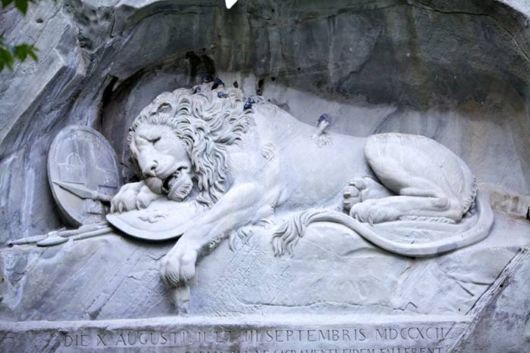 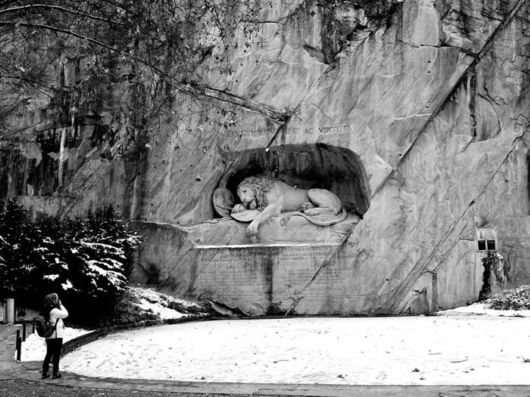 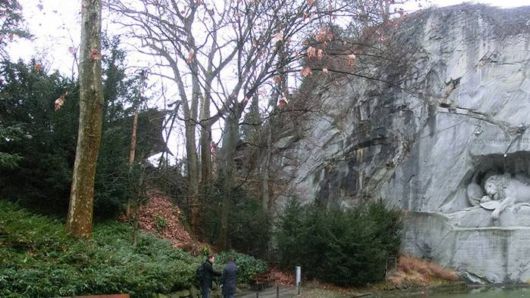 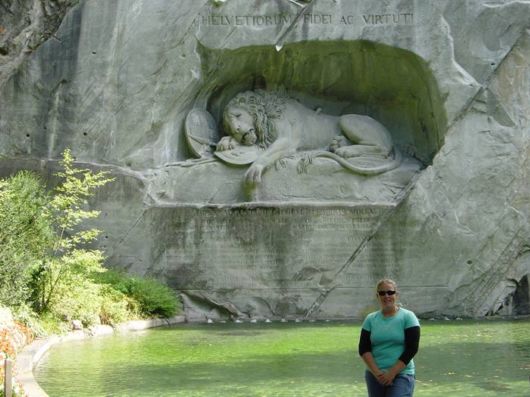 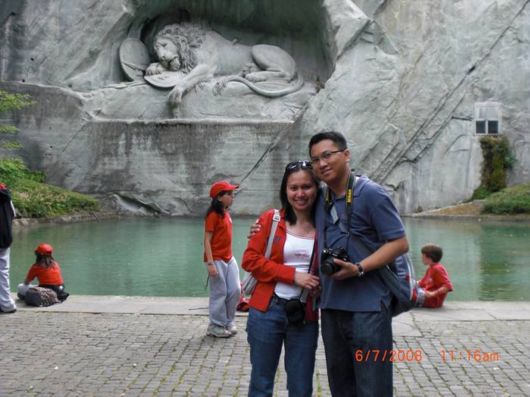 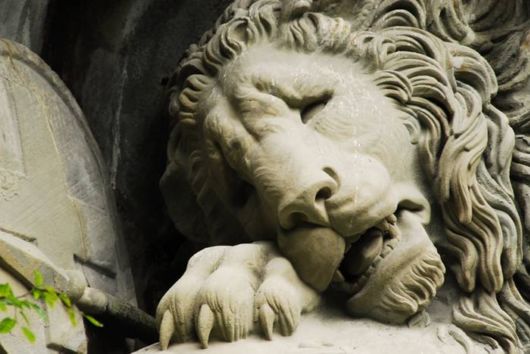