Dudhsagar Falls, Entirely Sea of Milk, is a laminated waterfall situated on the Mandovi River of Goa border with Karnataka State India. Around sixty km from Panji city by road and 46 km from Madgaon railway junction by train. The waterfall called Dudhsagar coz of cascading waters appear white like milk. The Hindi word Dudh means Milk and Sagar is Sea. The western Ghats of Bhagwan Mahavir Wild Life Sanctuary at Collem the waterfall is located, both states are operating their work like the roads leading to it are maintained by Goa Forest Department and the resthouse in the forest is maintained by Karnataka Forest Department. 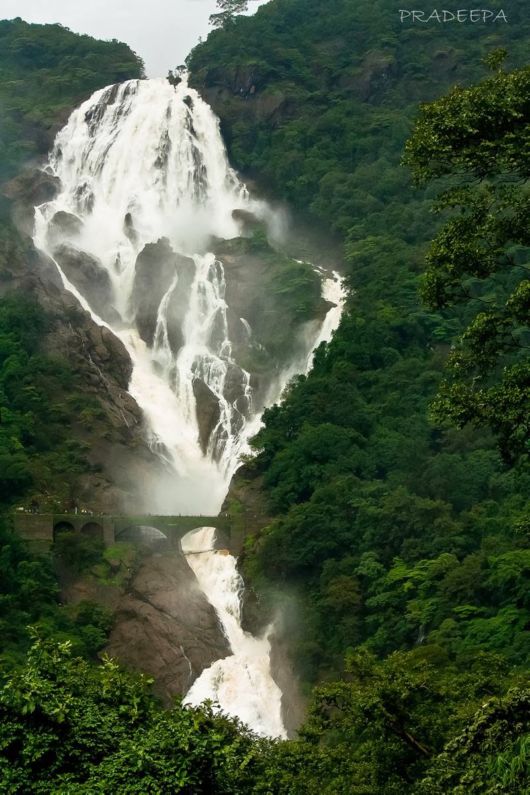 Dudhsagar is one of the world’s most admirable falls. The falls is listed as India’s fifth tallest waterfall and 227th in the world at 310 m. The water plummets hundreds of meters over a 1000 feets in large volumes during the rainy monsoon season, forming one of the most spectacular natural phenomena in Goa. 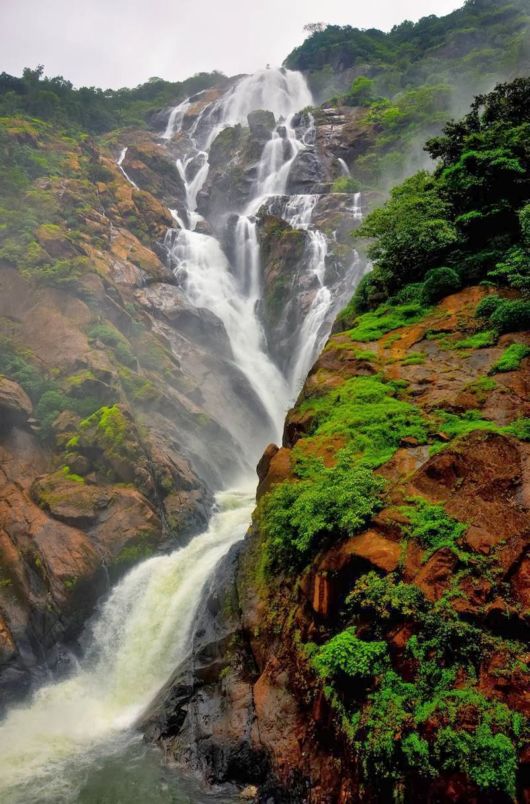 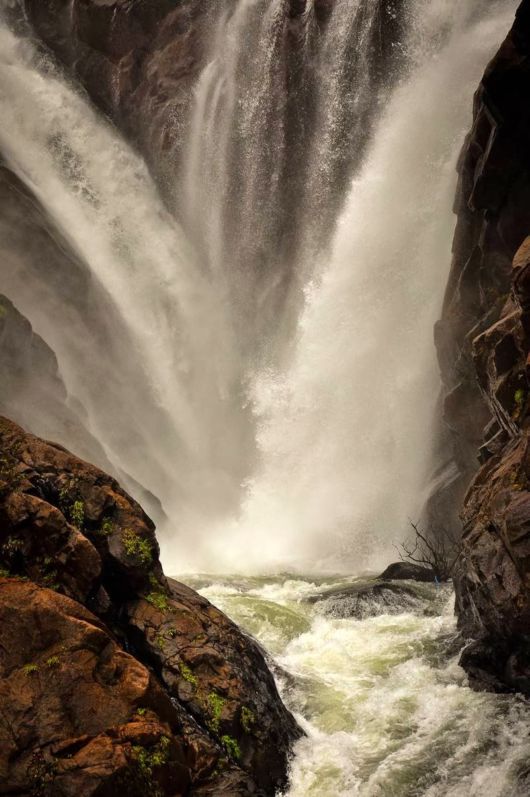 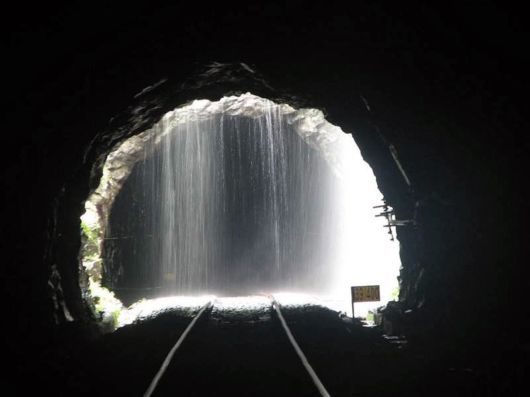 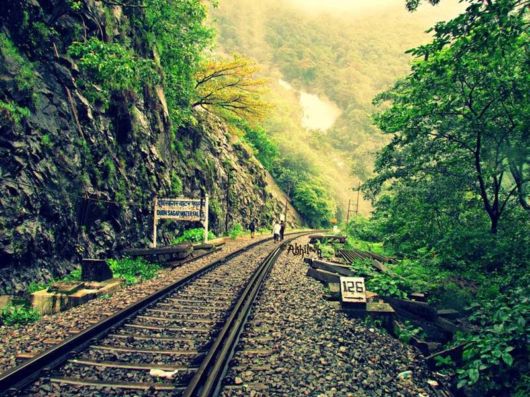 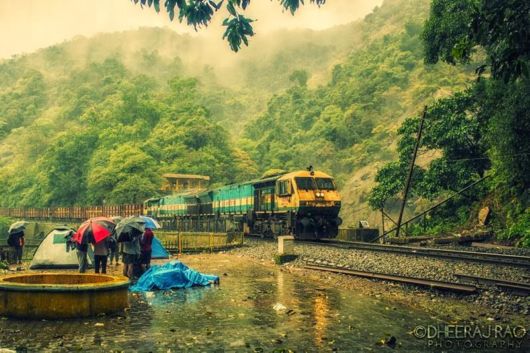 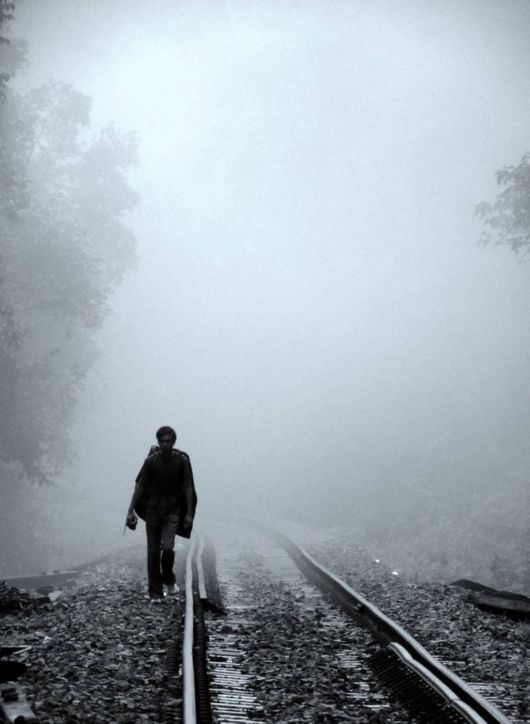 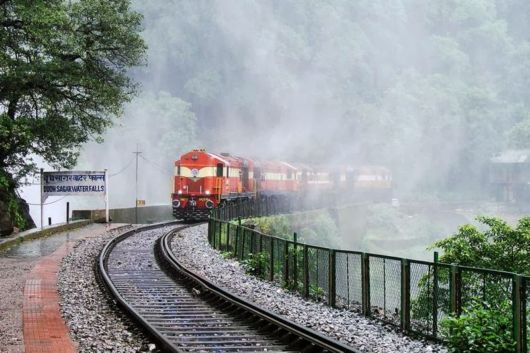 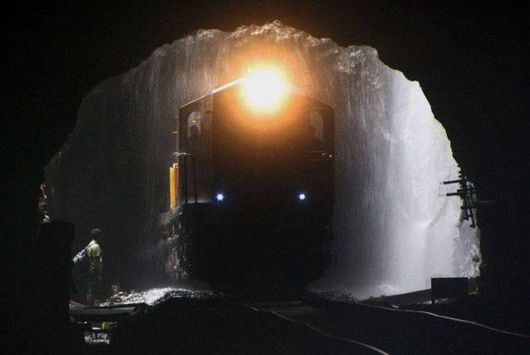 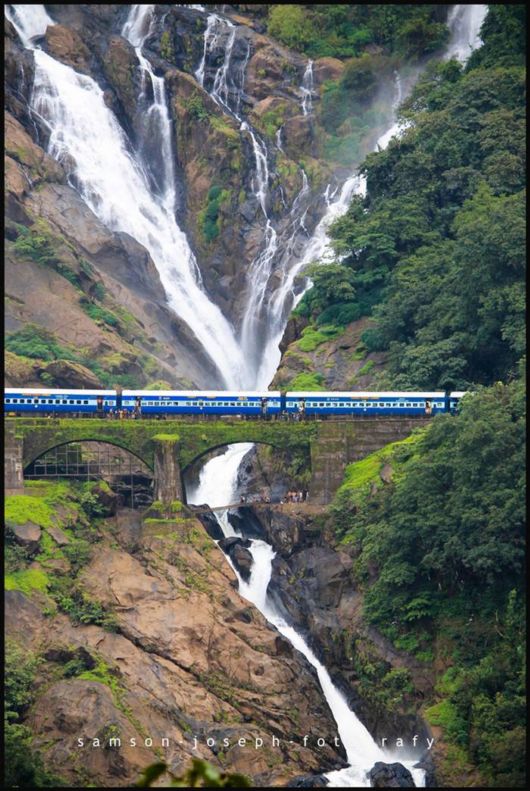 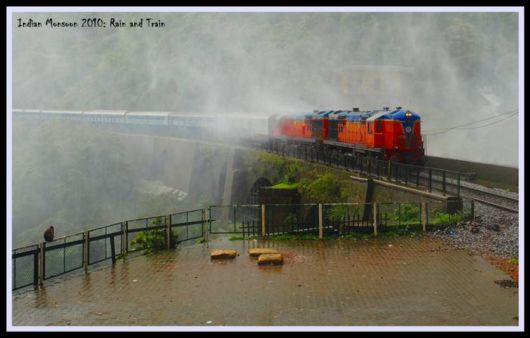 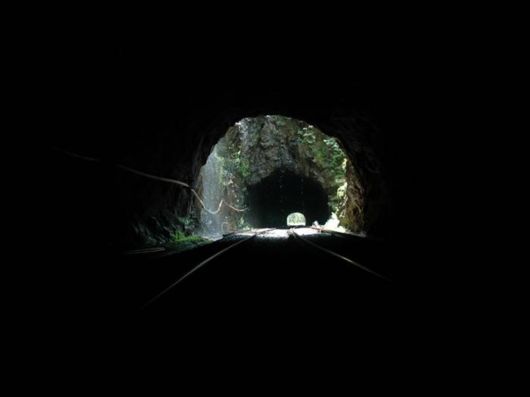 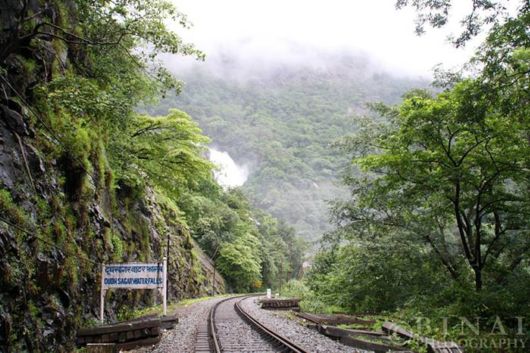 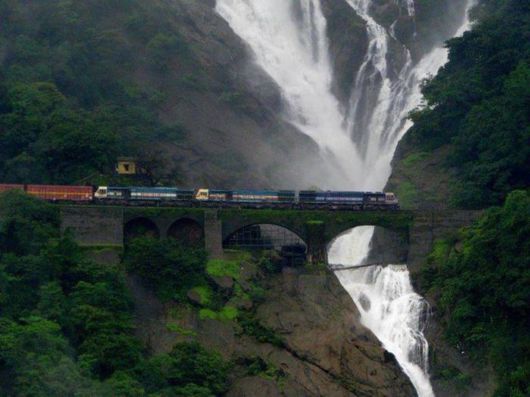 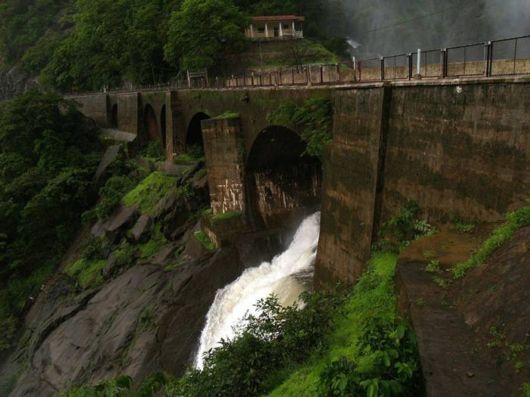 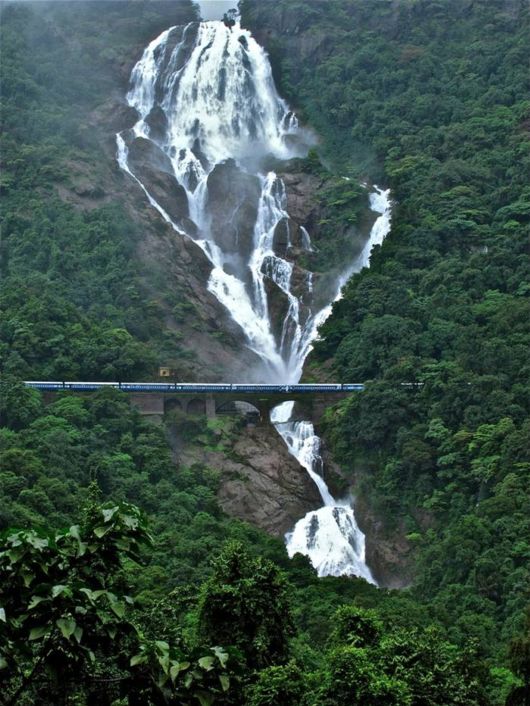