Château de Marqueyssac is located in the Dordogne region, small town of Vézac, attracts travelers to France due to its tourist attractions – the ancient castle Markizyak and its surrounding grand garden , consisting of a maze of boxwood shrubs that gardeners gave correct and fanciful geometric shapes. Provincial town Vézac (Fr. Vézac) in France is known worldwide for its extraordinary gardens. A unique park landscape, the ancient castle of the 17th century, an observation deck with stunning views of the valley – a place that attracts endless streams of tourists and locals. 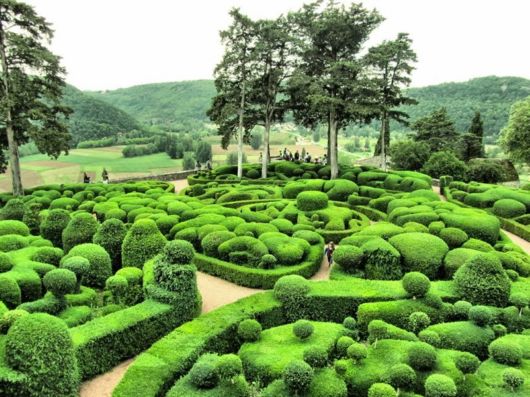 From the height on which the romantic castle Markizyak, open beauty of the picturesque valley. The real highlight of the garden of the castle can be called Markizyak Dordogne belvedere – a unique viewing platform, which offers great views of the meandering river flowing in the valley. Marqueyssac Castle was founded in the 17th century and was originally built as a residence for the rest, but its construction treated as the creation of a powerful fortress. Even invested in gray limestone powerful roof weighs more than five tons. But the castle is famous not only Markizyak architecture. Leading him stone paths lead visitors to a man-made labyrinth of living green waves and balls. This is the famous hanging gardens Marqueyssac , which cover an area of about 22 hectares and consists of 150,000 age-old boxwood shrubs. 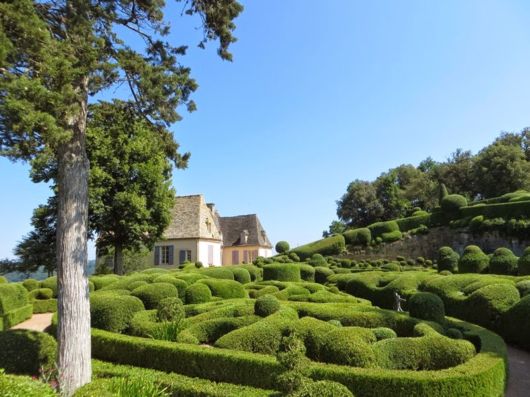 Boxwood trimmed by hand, every spring and autumn, and now secular plants give the same shape, as well as several hundred years ago. In perfect condition bushes support four gardener. Landscaped gardens of the old castle Markizyak were laid in the late XVII century for the aristocratic family that owned the estate since 1692. For years the owners of the castle oblashtovuvaly romantic garden for pleasant walks, supplementing it with new plants, which, thanks to the gardeners took a truly bizarre sight. At the origins of the gardens on the slopes around the castle and stepped terraces stood gardener Le Notre, who became the founder of his own school of landscape design at the time. 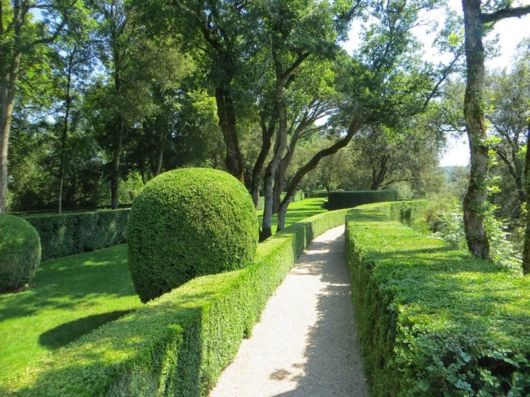 Ancient castle Markizyak was opened to the public only in 1996 after extensive renovations during which accounted for photos and pictures of past centuries. Now it has become one of the most famous attractions of central France, and features a garden with Italian style attracts connoisseurs of landscape art. On the castle courtyard and lovely garden regular guided tours, but anyone can come to this picturesque corner of yourself better in the morning, as the territory of the park is 22 hectares. Strolling through the shaded alleys, the total length is more than six miles, guests can admire the castle Markizyak tens of thousands of clipped boxwood centenarians, marveling at the grand plan of gardeners. Set amidst a park Gothic chapels and romantic rotunda, fine dry stone huts perfectly fit into the landscaped garden, a rock garden and gazebo are kinda bright patches in the man-made sea of green. 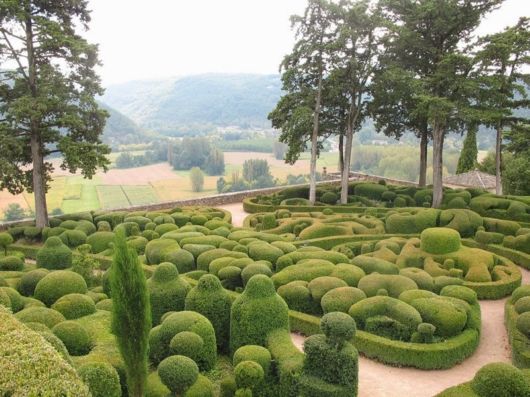 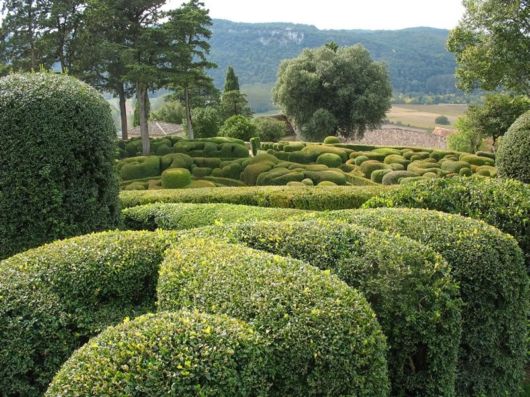 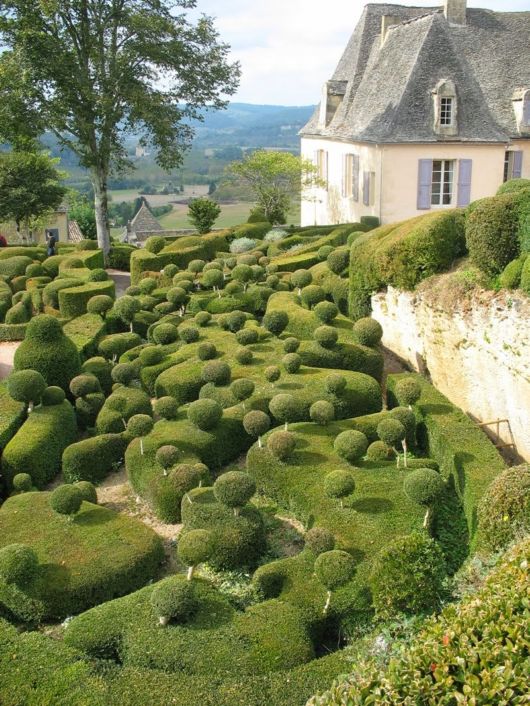 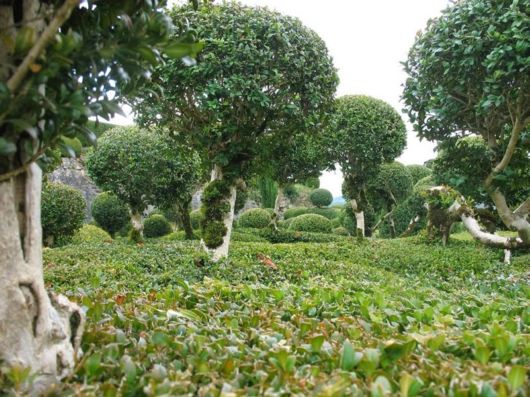 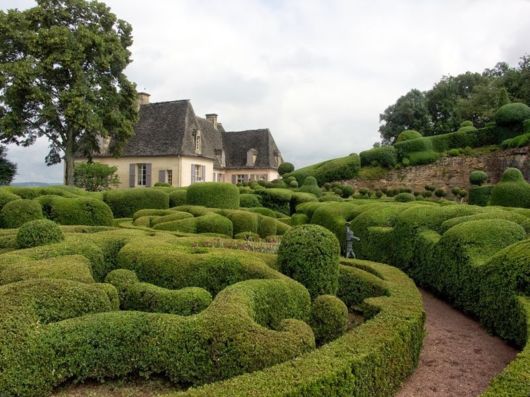 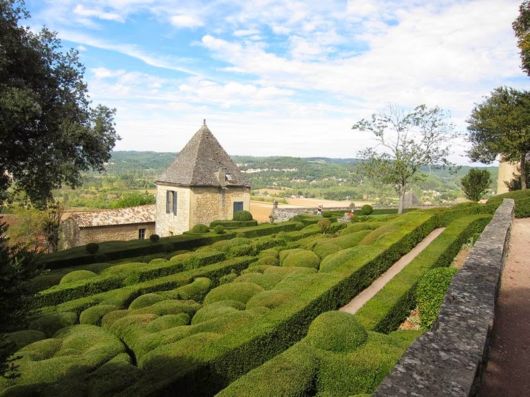 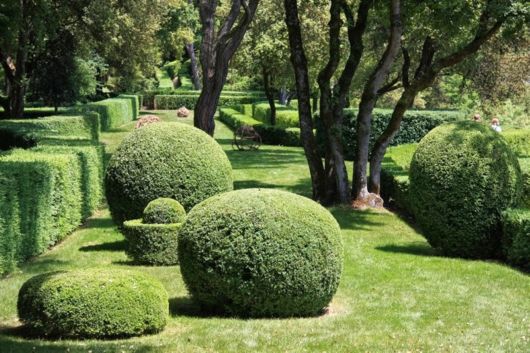 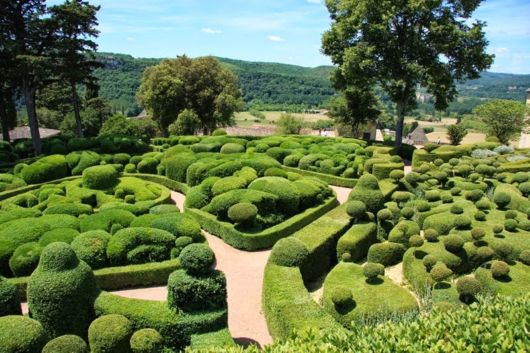 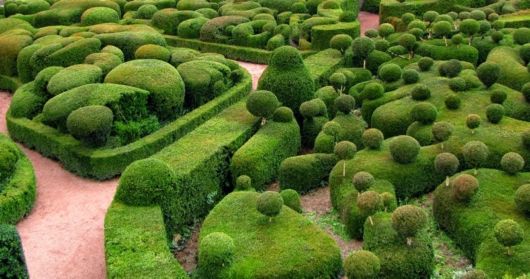 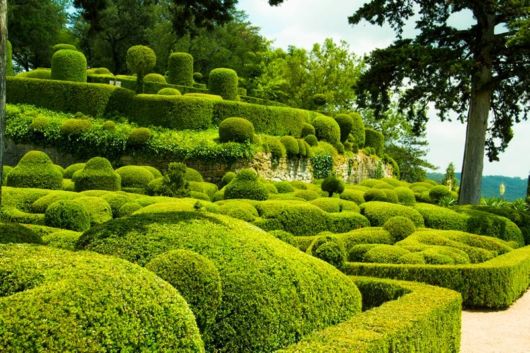 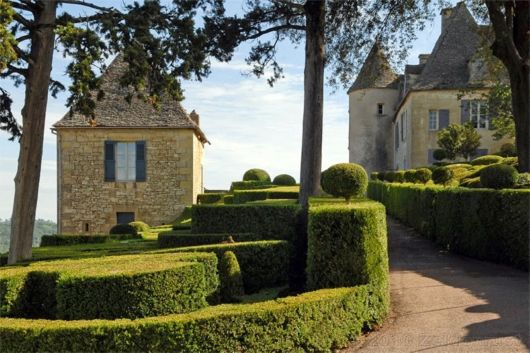 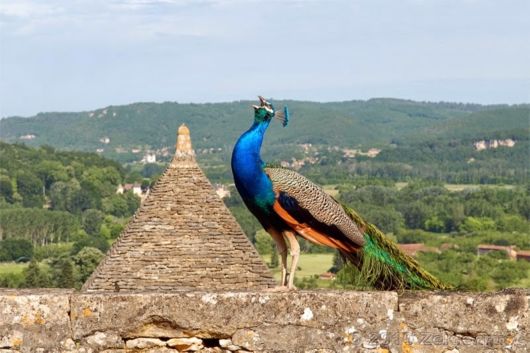 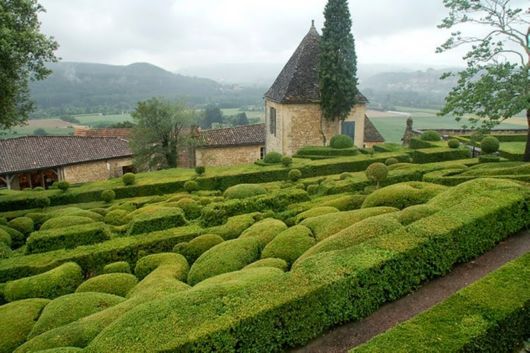 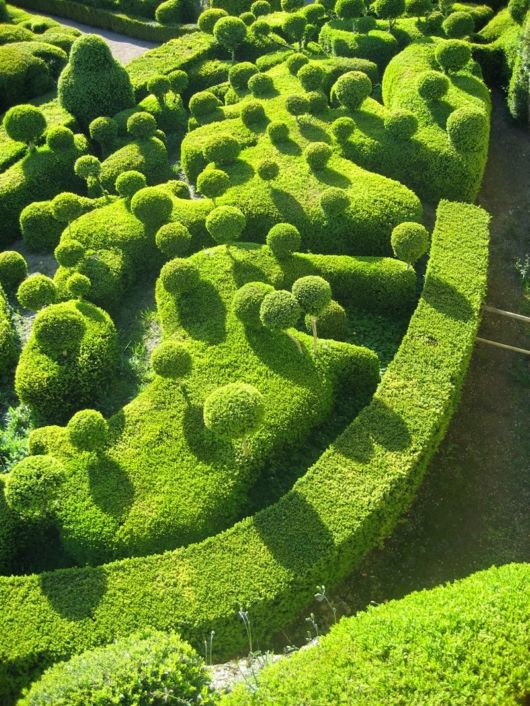 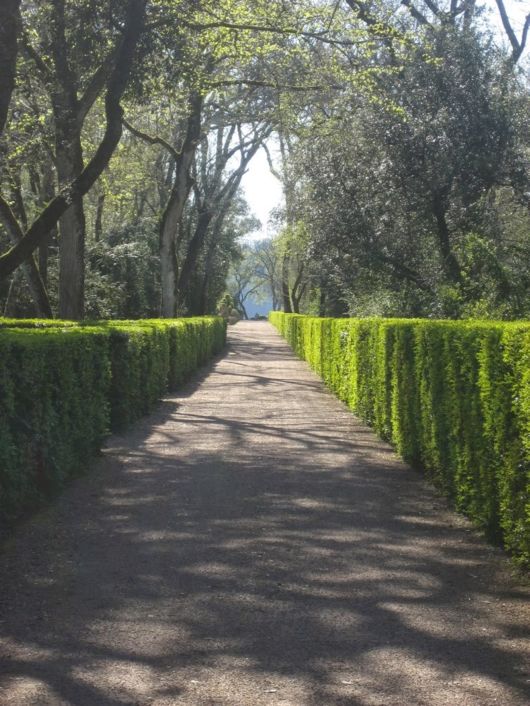