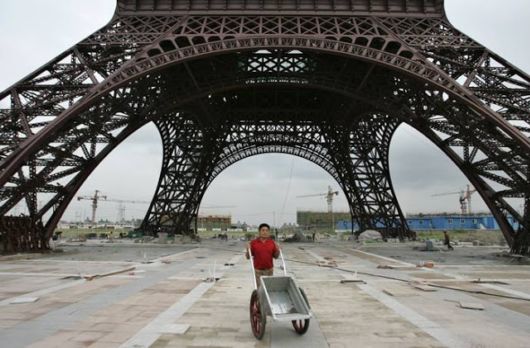 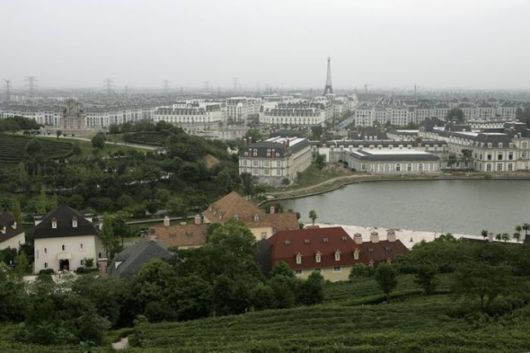 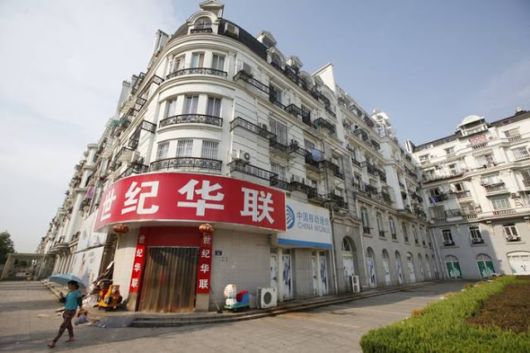 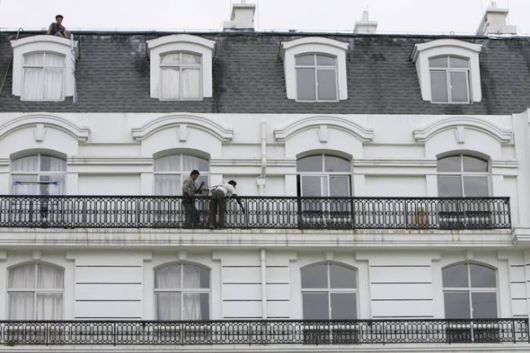 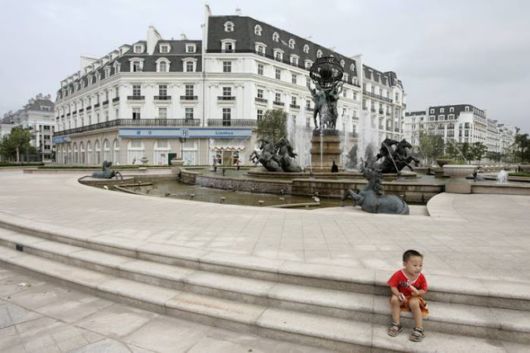 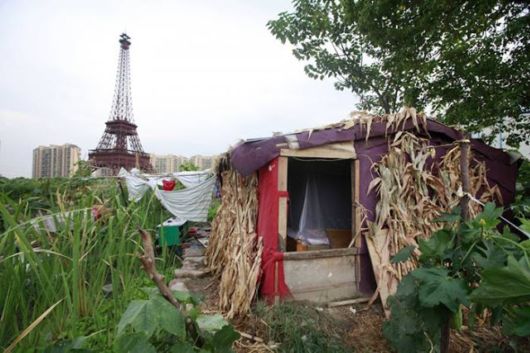 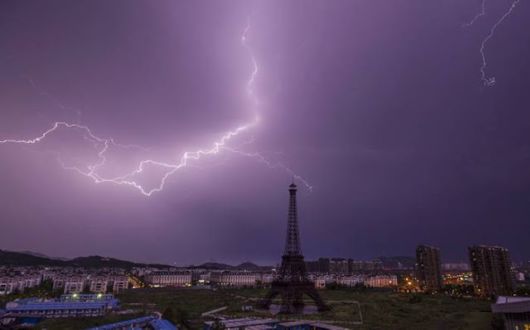 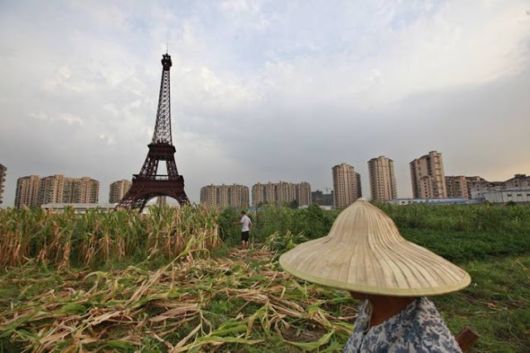 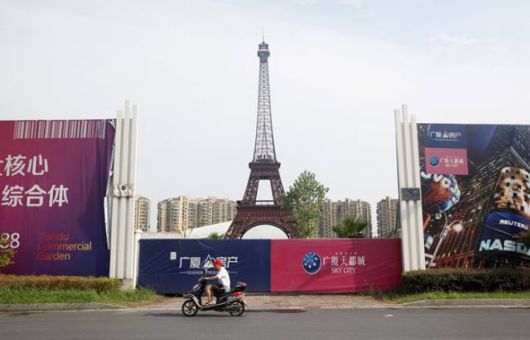 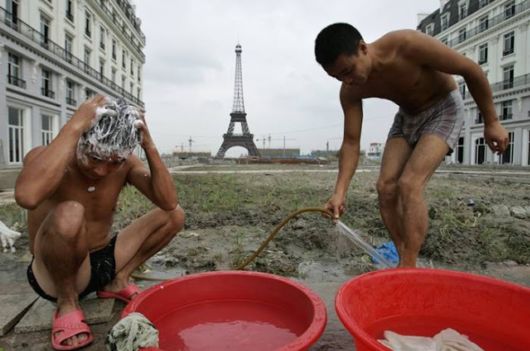 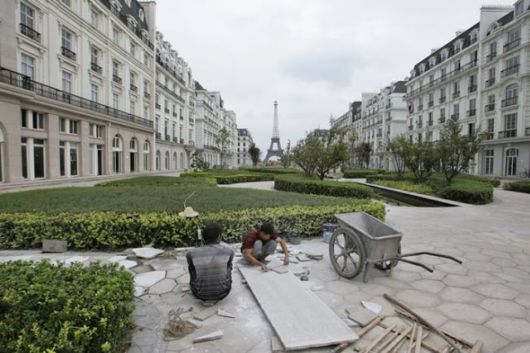 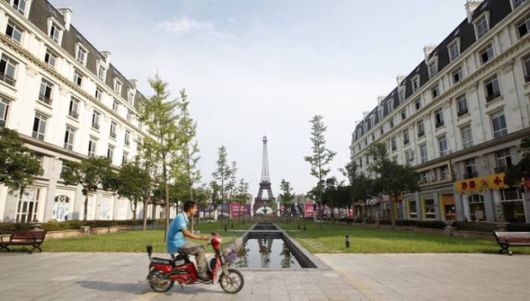 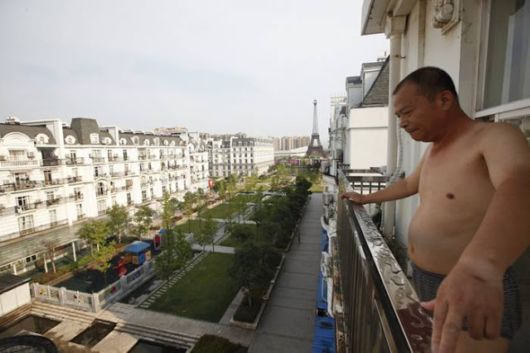 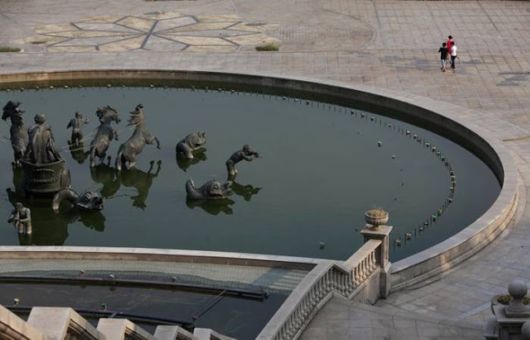 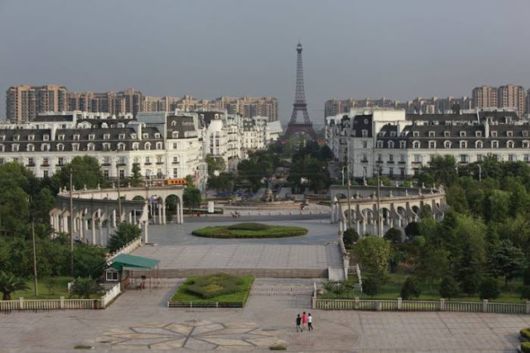 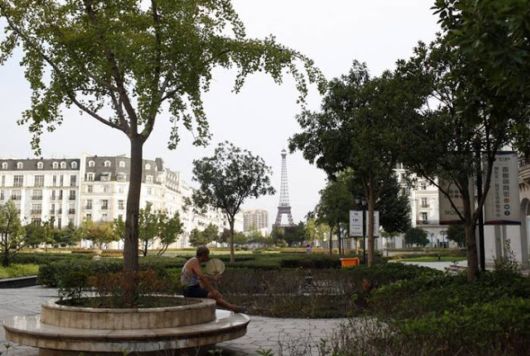 Rather mysteriously, very little information about the town has been made available since it?s opening in 2007. This might be because it?s one of the latest in a string of near ghost towns that reveal a very serious problem in China? a property bubble that?s about to burst.

The last known population of Tianducheng is around 2,000, yet the town can comfortably house over 100,000 people. Most people can?t afford to live in the property available in Tianducheng and for now. Tianducheng remains sparsely populated and is now considered as a “Ghost Town”, according to local media. Many of the apartments with Parisian-style wrought iron balconies are occupied by groups of migrant laborers working on the continued construction of the community and the French-themed village park next door. This ambitious project is a perfect example of the massive over supply and over valuation of property across China. So why build? Because it promotes GDP growth? the government?s number one priority.