Whispering Wall ? Barossa Reservoir is a reservoir in South Australia, built between 1899 and 1902 to supply water to Gawler and other northern country areas. At the time of its completion, the reservoir was hailed as an engineering marvel, and at a total of 36 metres, was the highest in Australia. The thin arch of the dam retaining wall, curved against the pressure of the water, was an innovation considered radical, and attracted the Reservoir international attention. It was featured in the Scientific American and caused the American Engineers News to remark that its “boldness of design deserves to rank with the most famous dams in the world”. Nowadays, the dam is notable for its parabola effect, where a voice can be heard clearly from one side to the other ? over 140 metres, end to end. This unusual acoustic phenomenon is a popular tourist attraction, and has earned the dam the title “Whispering Wall” 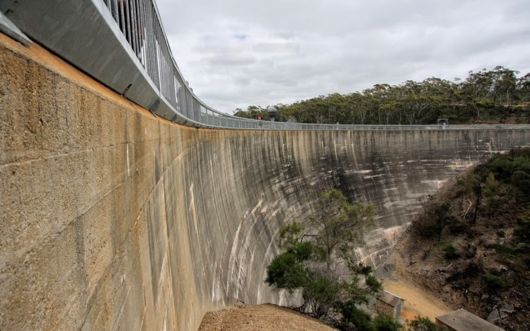 The Barossa Reservoir was formed by damming the Yettie Creek gorge in the northern Mount Lofty Ranges, a feat that took over 400 men. Its water comes through a two-kilometre tunnel, carved by horse power, from the South Para River and Reservoir, and is supplemented by the Warren Reservoir and the River Murray. In addition to Gawler and country, a filtration plant constructed in 1982 allows the Reservoir to supply the Munno Para and Elizabeth areas. The dam’s vegetated surrounds are also protected. Aside from its Acoustic attraction, the Whispering Wall offers great views of both the Barossa Reservoir and the surrounding, well-preserved natural bounty. The area abounds in thick scrub, tall red gums, and pines, and a flourishing bird and animal life. It is a popular destination for picnics and bird-watching. 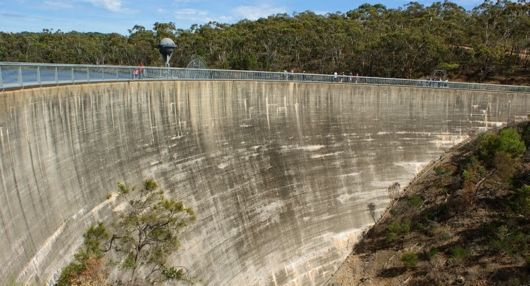 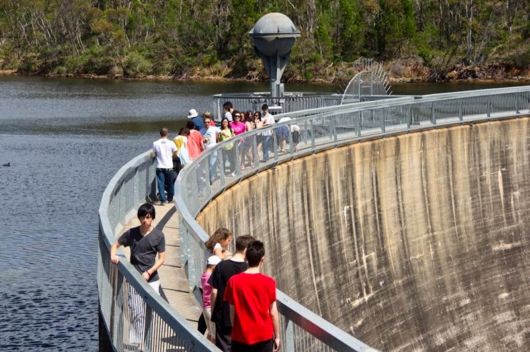 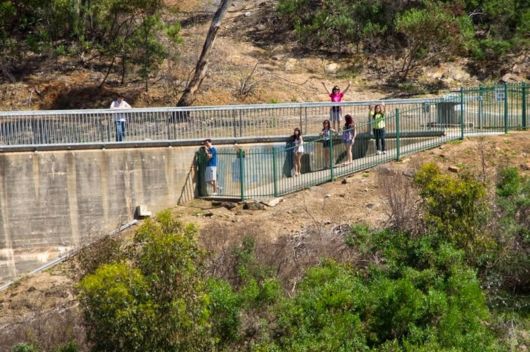 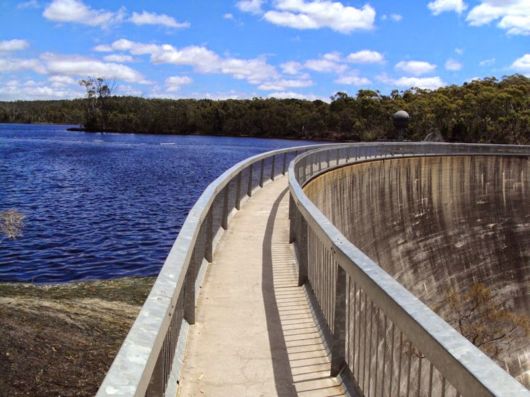 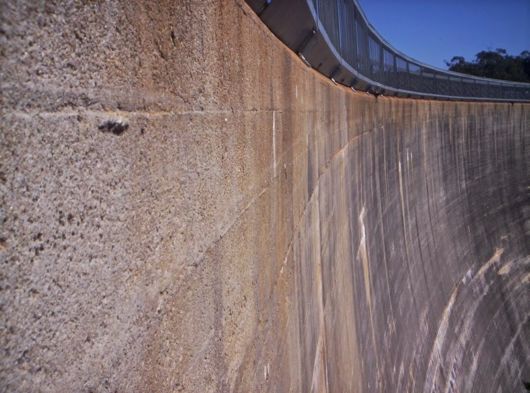 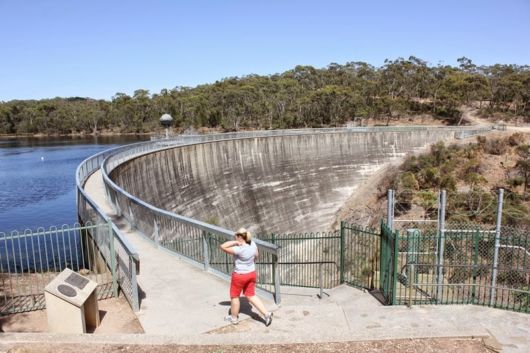