Is this the way of going Go Green? I dont think so, First I think this is natural, but the Norwegians traditional type of green roof covered with sod on top of several layers of birch bark on gently sloping wooden roof boards and this roof called sod roof or turf roof. The late 19th century, it was the most common roof on rural log houses in large parts of Norway. Its distribution roughly corresponds to the distribution of the log building technique in the vernacular architecture of Finland and the Scandinavian peninsula. The load of approximately 250 kg per m² of a sod roof is an advantage because it helps to compress the logs and make the walls more draught-proof. In winter the total load may well increase to 400 or 500 kg per m² because of snow. Sod is also a reasonably efficient insulator in a cold climate. The birch bark underneath ensures that the roof will be waterproof and long-lasting. 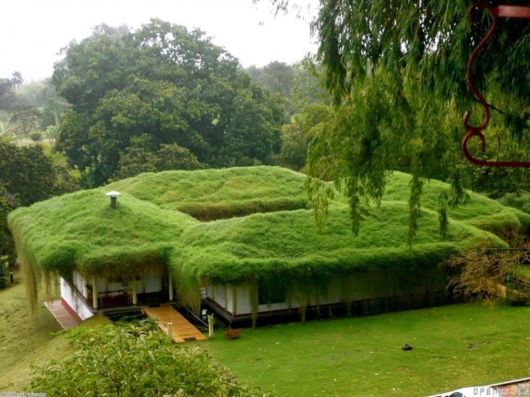 The term ?sod roof? is somewhat misleading, as the active, water-tight element of the roof is birch bark. The main purpose of the sod is to hold the birch bark in place. The roof might just as well have been called a “birch bark roof”, but its grassy outward appearance is the reason for its name in Scandinavian languages: Norwegian and Swedish torvtak, Icelandic torfþak.

A sod roof is well suited to a barter economy because the materials are ubiquitous and cost nothing, although the work is labour-intensive. But a household would usually have a lot of manpower, and neighbours would usually be invited to take part in the roofing party, similar to a barn raising in the United States. The Norwegian term dugnad denotes an established custom in rural communities, where large undertakings were accomplished with help from neighbours. 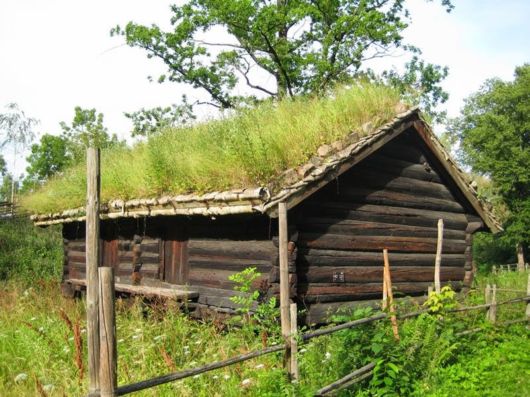 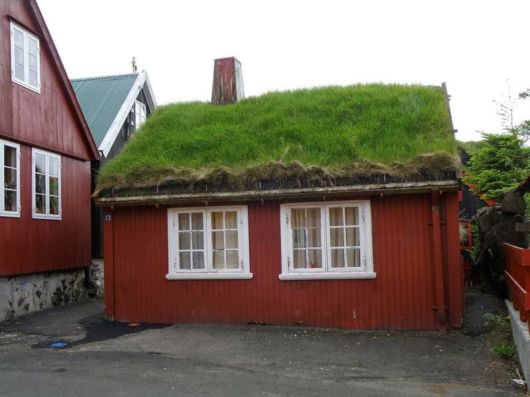 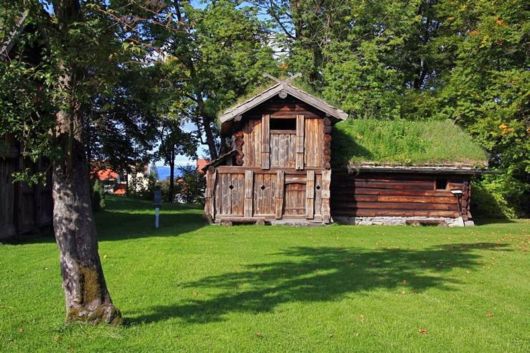 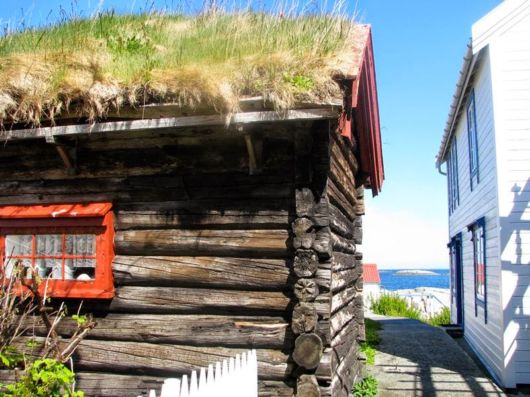 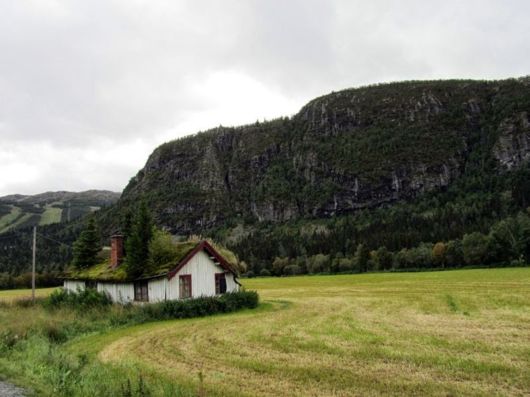 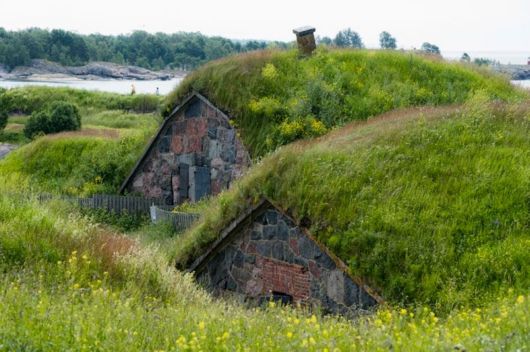 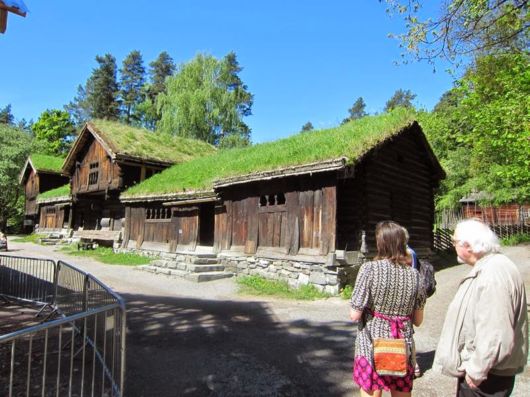 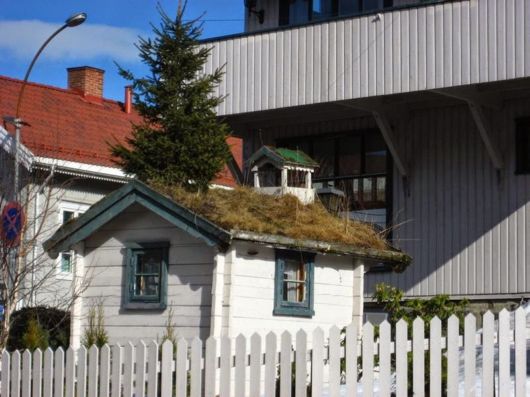 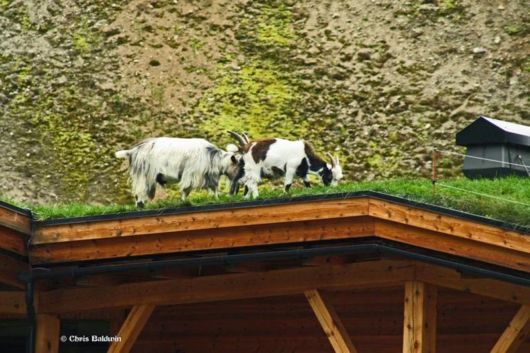 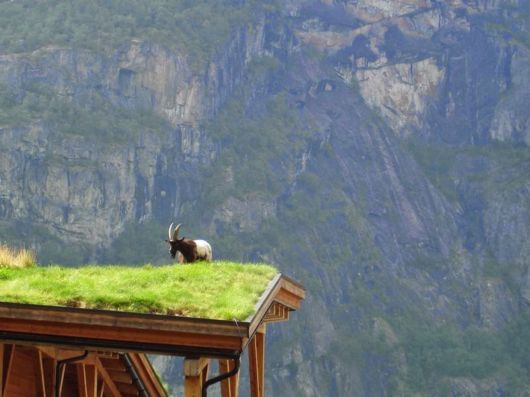 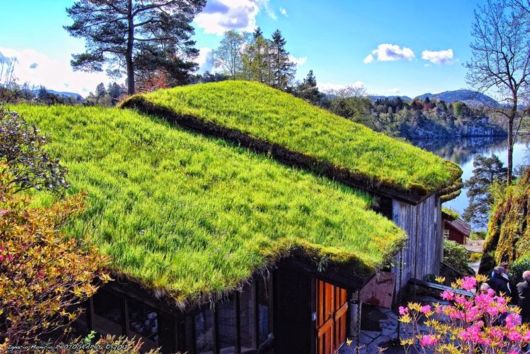 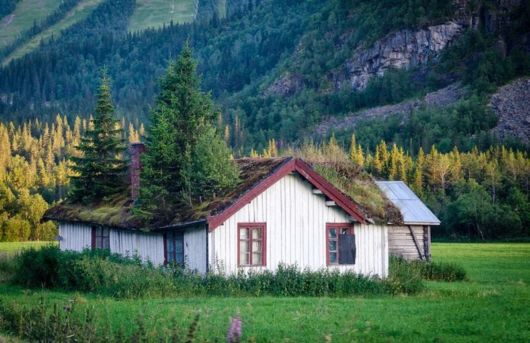 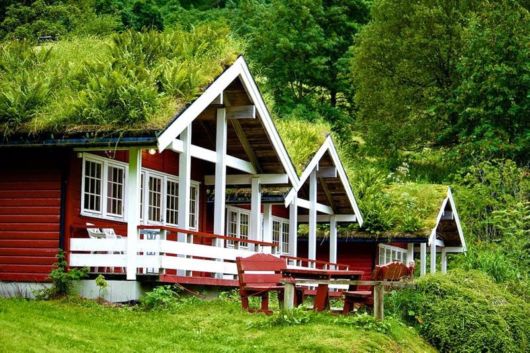