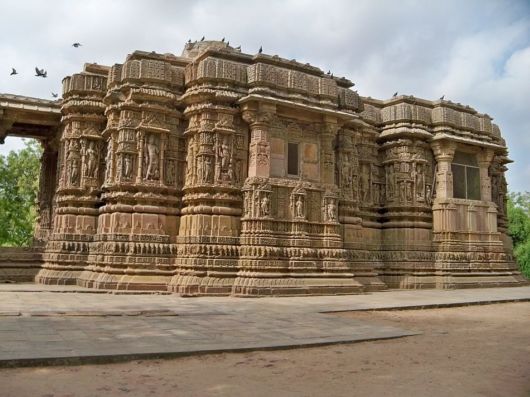 A view of the impressive Sun Temple in Modhera, Gujarat. The eight Dikpalas are the Guardians of Direction, guarding specific directions of space. They are traditionally represented on the walls and ceilings of Hindu temples. 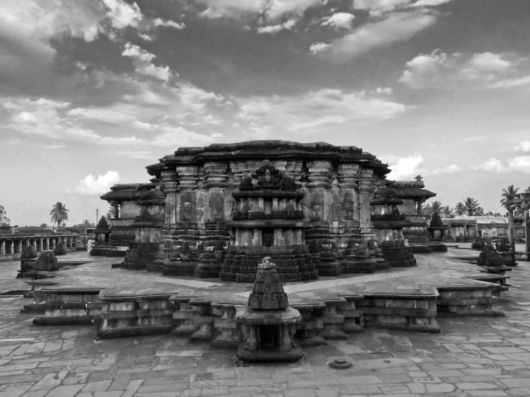 Built of soft bluish-grey soapstone, the Chennakeshava temple at Belur, Karnataka is a jewel of Hoysala architecture. 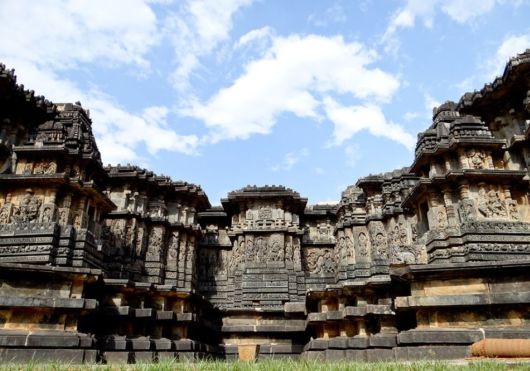 The Hoysaleshwara temple at Halebeedu in Hassan district, Karnataka, is a survivor of centuries. It has two shrines dedicated to Lord Shiva. Hoysaleshwara and Shanthaleshwara are the two deities. 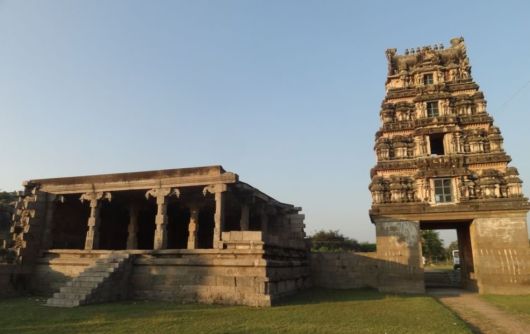 The cave temple at Seeyamangalam, 80 km from Chennai, was constructed by the Pallava king Mahendravarman I in the 7th century. The temple is dedicated to Stambeshwara, a form of Shiva. 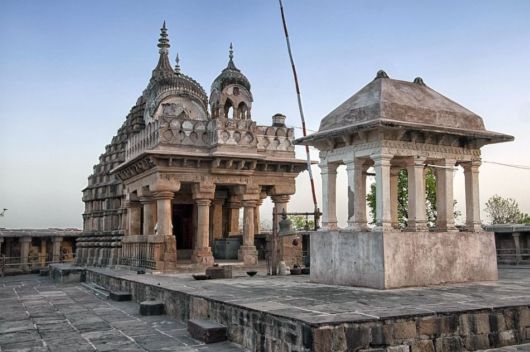 The Chausat Yogini Temple, or the temple of 64 yoginis, is located atop a hill in Bedaghat, some 20 km from Jabalpur in Madhya Pradesh. 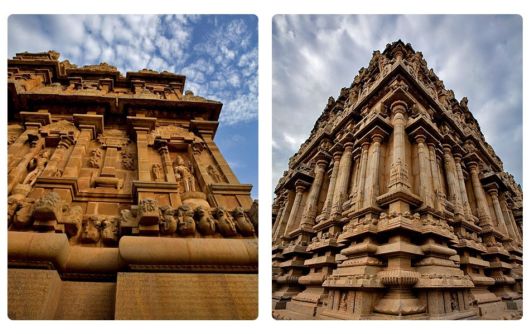 Thanjavur, 342 km from Chennai is where Tamil Nadu’s cultural heart beats. Its monumental shrine to Brihadishwara called a Great Living Chola Temple. Built by Raja Raja Chola I in 1011 to commemorate the victory of the Chola dynasty, this architectural gem remains brings together religious fervor and architectural grandeur as it did centuries ago 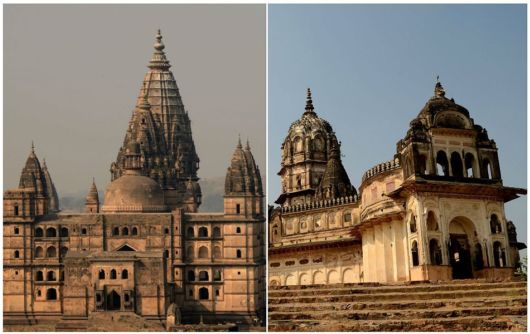 Built on the Betwa River in Madhya Pradesh, the ancient city of Orchha houses the citadels and cenotaphs of the Bundela rulers. 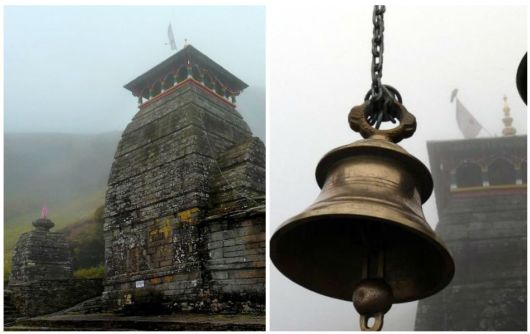 Tungnath, at 12,073 above mean sea level, is the highest Shiva temple in the world, discounting perhaps the Amarnath Cave shrine near Srinagar, Kashmir, which is situated at an altitude of 12,756 feet. Tungnath is second in importance among the five mountain shrines collectively known as the Panch Kedar and is situated in Uttarakhand’s Garhwal Himalaya. 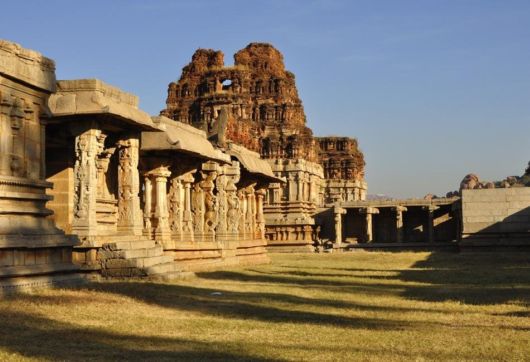 Hampi, on the banks of the Tungabhadra River, was the ancient capital of the glorious Vijayanagar Empire. The ruins of the Achyuta Raya temple here look so serene and beautiful that one can only wonder how grand the temple must have looked 500 years ago. 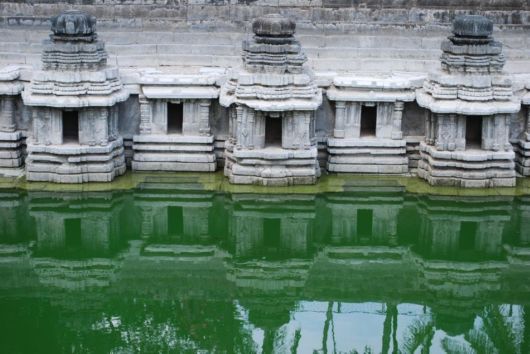 Nearly everybody has visited the spectacular Hoysala temples of Belur, Halebeedu and Somnathpur. Off the tourist map lie several others. Many are located deep inside forests and coffee plantations. 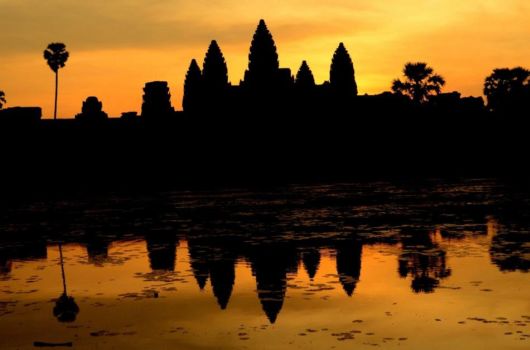 Thought Angkor Wat was synonymous with Siem Reap? Think again. Once you are done with the sunrise and sunset and the tour of Angkor Wat, do not head back to the next destination in Cambodia. Buy yourself a three-day Angkor pass and visit other marvelous temples and you will find a slice of ancient civilization waiting for you. 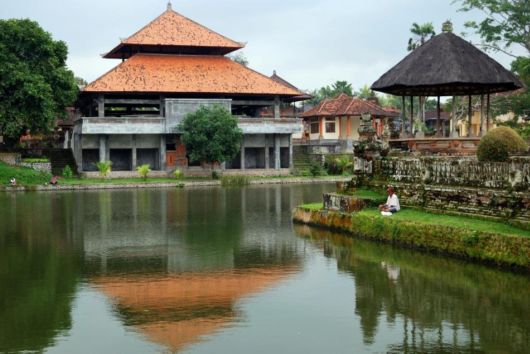 The Indonesian island of Bali is home to the majority of the country?s Hindus. Balinese Hinduism is characterized by the worship of the supreme god Acintya, along with the trinity in Brahma, Vishnu and Shiva. The art and ritual of the Balinese Hindus trace back to influences from the 4th century when Hinduism reached the island?s shores. Balinese temples are ornate, beautiful and situated in visually stunning locales. 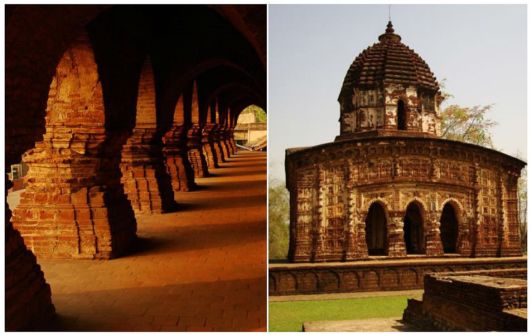 Bishnupur, a small town in the Bankura district of West Bengal, is famous for its terracotta temples and rich artistic tradition. 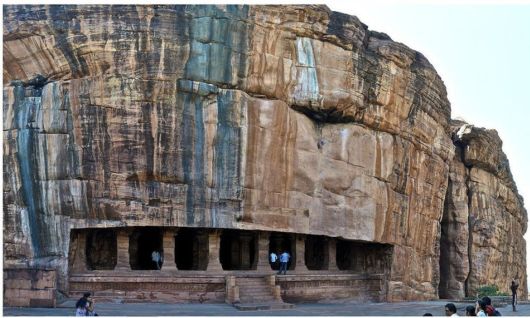 The rock-cut cave temples of Badami in northern Karnataka date back to the days of the Chalukya dynasty, which ruled the region from the 6th to 8th centuries. The architecture is a blend of the north Indian Nagara style and the south Indian Dravidian style.