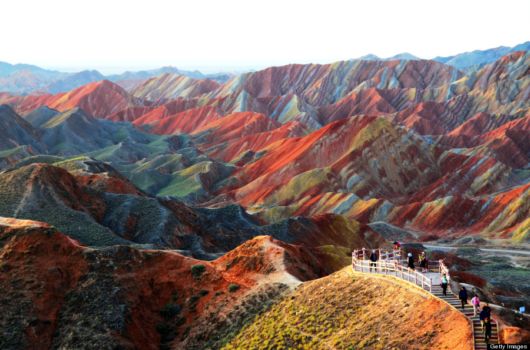 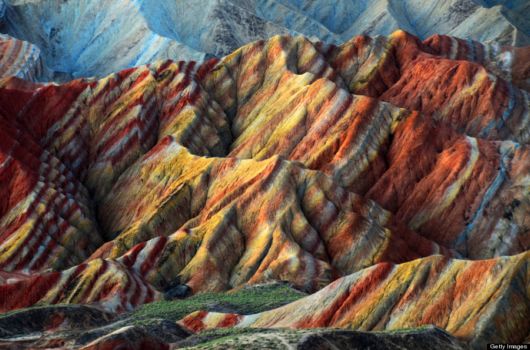 The mountains are part of the Zhangye Danxia Landform Geological Park in China. Layers of different colored sandstone and minerals were pressed together over 24 million years and then buckled up by tectonic plates, according to the Telegraph.
Here’s a photo showing some detail of the rich "layer cake" action going on. 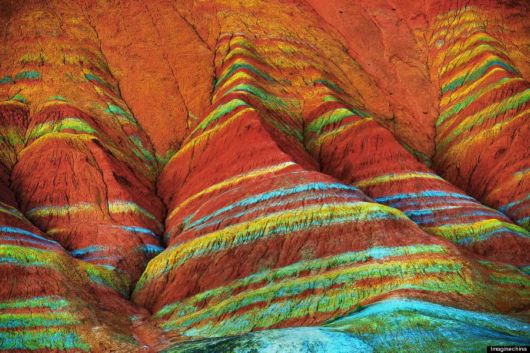 There’s a similar formation in British Columbia called the Rainbow Range formed from a mixture of volcanic rock and various minerals. 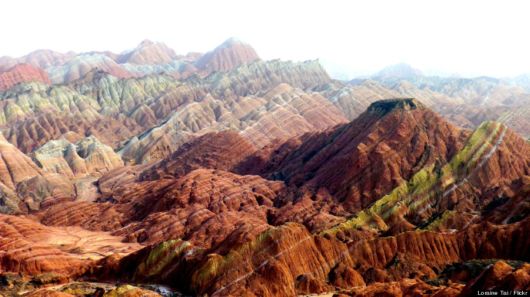 The formations were shaped into the flowing valleys after thousands of years of rain and wind, and the region has been listed as aUNESCO World Heritage site since 2010. 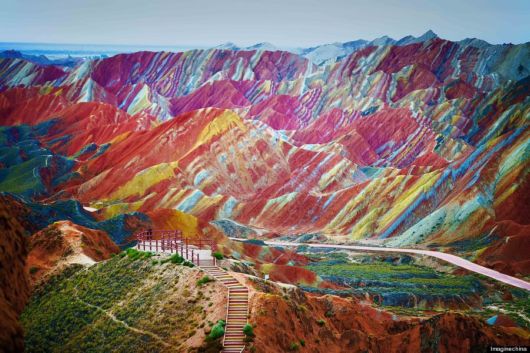 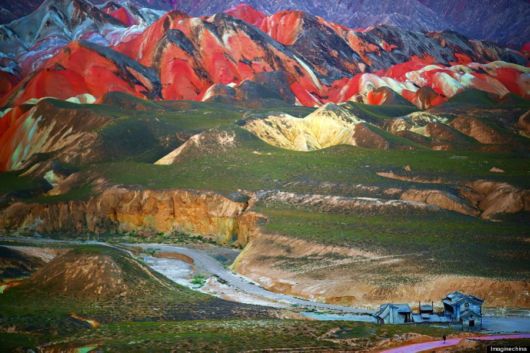 Take a look at some more incredible photos of the range below, and tweet us @HuffPostGreen if you have any of your own! 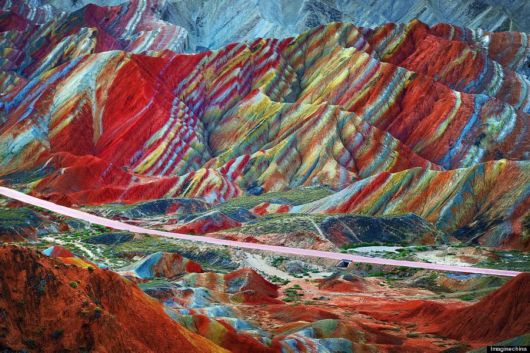 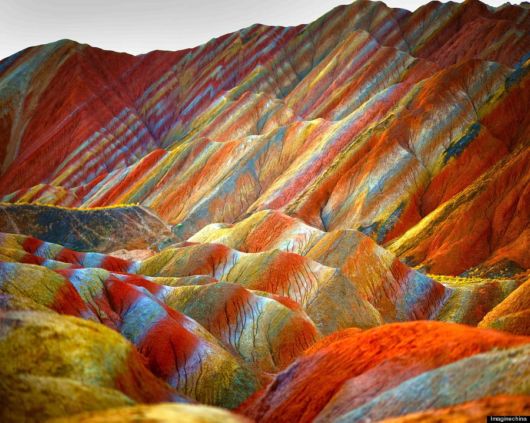 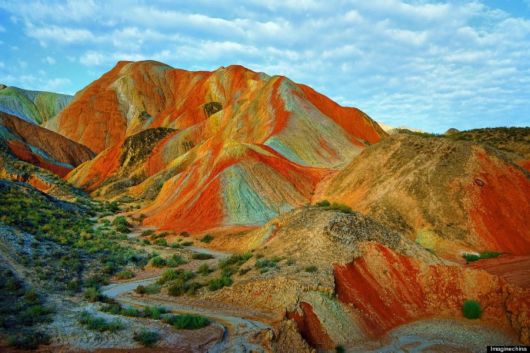 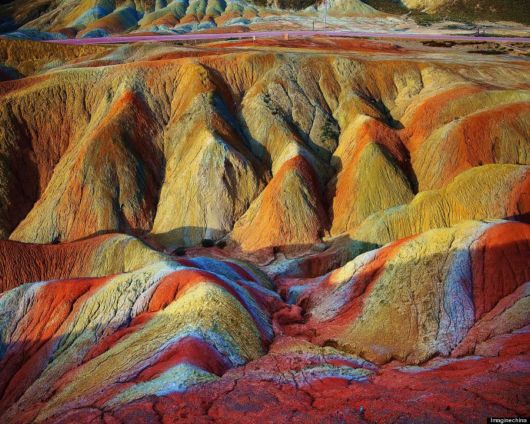 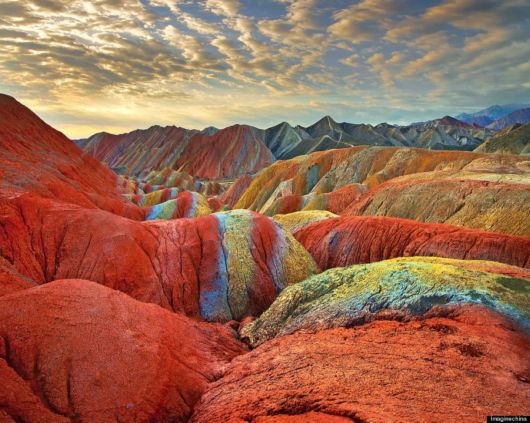 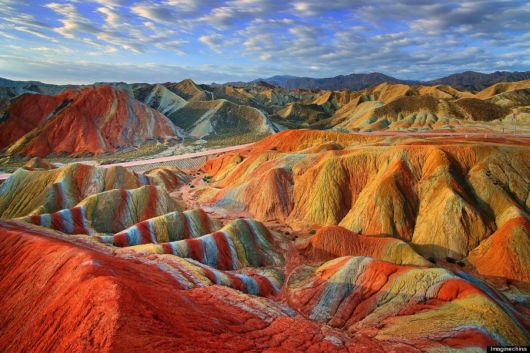 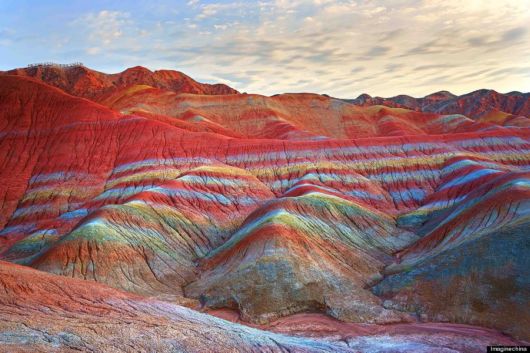