The Rhine Falls (Rheinfall in German) is the largest plain waterfall in Europe, The falls are located on the High Rhine between the town council of Neuhausen am Rheinfall and Laufen-Uhwiesen, near the town of Schaffhausen in northern Switzerland, between the cantons of Schaffhausen and Zürich. They are 150 m (450 ft) wide and 23 m (75 ft) high. In the winter months, the average water flow is 250 m³/s, while in the summer, the average water flow is 700 m³/s. The highest flow ever measured was 1,250 m³/s in 1965; and the lowest, 95 m³/s in 1921. 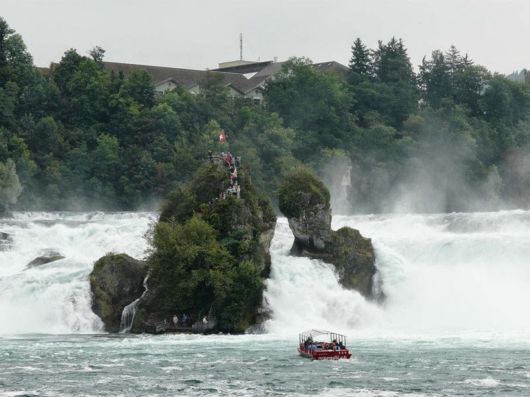 The Rhine Falls were formed in the last ice age, approximately 14,000 to 17,000 years ago, by erosion- resistant rocks narrowing the riverbed. The first glacial advances created today’s landforms approximately 500,000 years ago. Up to the end of the Wolstonian Stage approximately 132,000 years ago, the Rhine flowed westwards from Schaffhausen past Klettgau. This earlier riverbed later filled up with gravel. About 132,000 years ago the course of the river changed southwards at Schaffhausen and formed a new channel, which also filled up with gravel. Part of the Rhine today includes this ancient riverbed. During the Würm glaciation, the Rhine was pushed far to the south to its present course, over a hard Late Jurassic limestone bed. As the river flowed over both the hard limestone and the easily-eroded gravel from previous glaciations, the current waterfall formed about 14,000 to 17,000 years ago. The Rheinfallfelsen, a large rock, is the remnant of the original limestone cliff flanking the former channel. The rock has eroded very little over the years because relatively little sediment comes down the Rhine from Lake Constance. 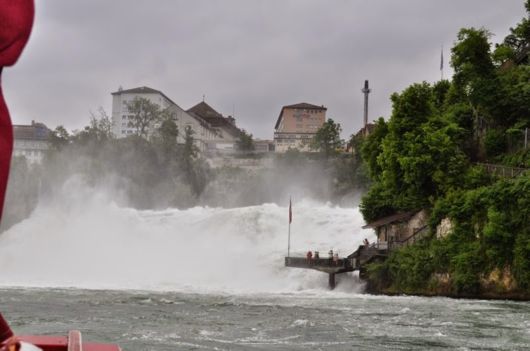 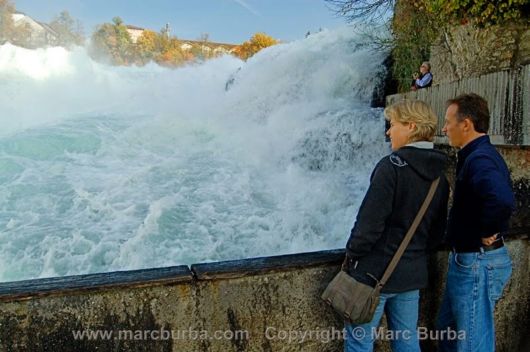 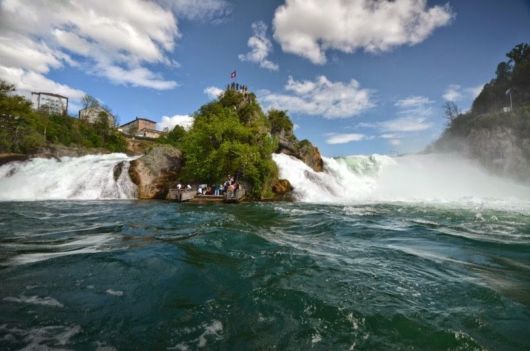 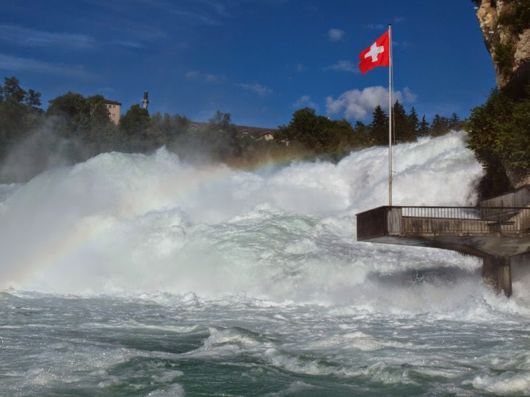 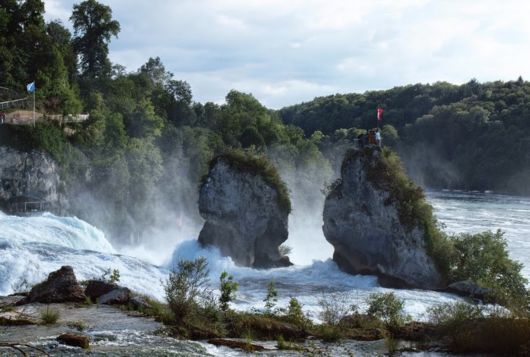 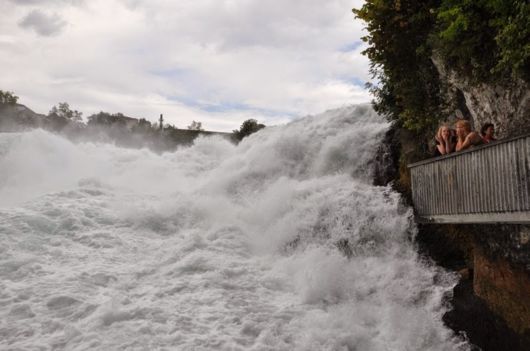 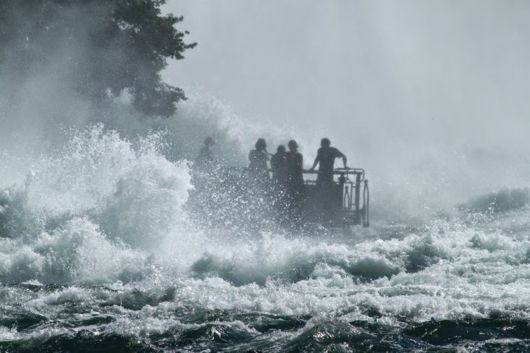 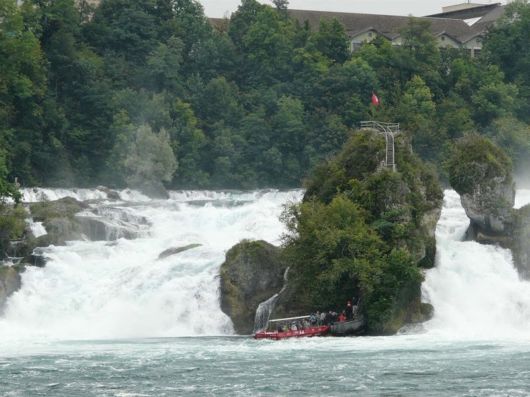 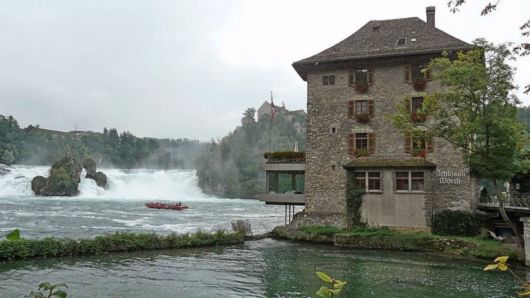 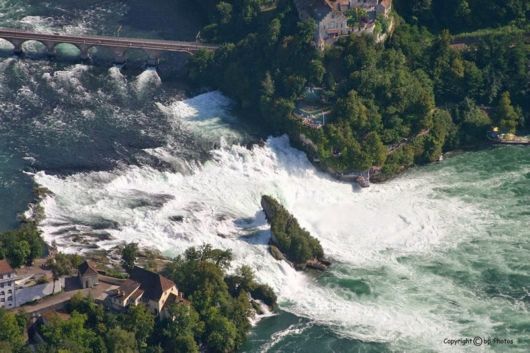