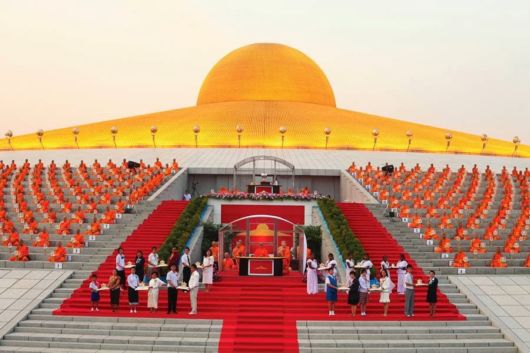 The Buddhist temple traditionally has a significant role in the Thai community. The temple is a centre to teach and exemplify ethical practice which is an implicit part of everyday life. The real essence of the temple is not to be found in the buildings, but in the community it serves – which can be divided roughly into two parts. Most people like to cisit the temple on a day-to-day basis to to support the monks, hear sermons, consolidate their own virtue and seek advice. The complementary part of the community comprises the determined few who give up their home life to enter the temple on a more long-term basis in order to train themselves. The latter must often undergo a long period of apprenticeship before being accepted into the community. 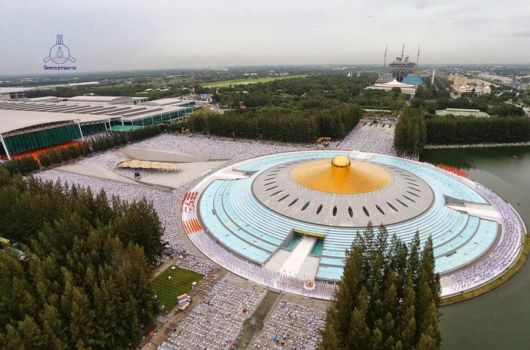 Meaning of Name: “Temple of the respected body of the Dhamma. Wat Phra Dhammakaya is only one of 40,000 temples in Thailand. This temple perpetuates the temple’s traditional role but is characterized by adherence to the Dhammakaya tradition of meditation and adaptation of traditional values to modern society 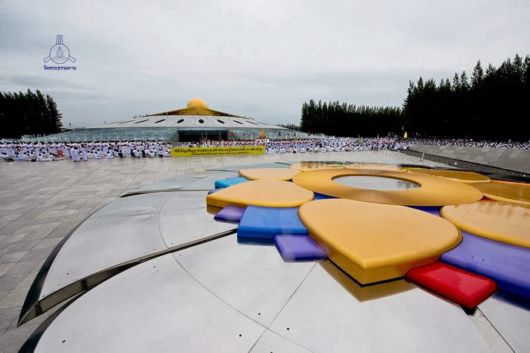 The Dhammakaya tradition in our era started in 1916 when the Great Abbot of Wat Paknam (Phramonkolthepmuni) strove with a determination to the degree he was prepared to lay down his life and re-discovered in meditation the knowledge known to the Buddhas. Meditation, previously considered nothing more than a mental exercise or spiritual austerity, became popular through this master’s dedication to teaching and research in the Dhammakaya tradition he has discovered. The Great Abbot’s most gifted disciple was a nun Kuhn Yay Upasika (Jan Kohn.nok.yung). 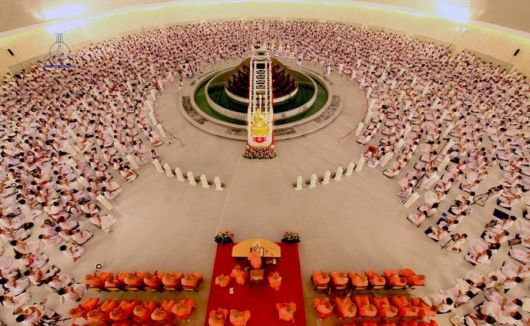 Wat Phra Dhammakaya was founded by Kuhn Yay in 1970 after the Great Abbot’s death when her own dwelling at Wat Paknam in Bangkok became too small to accommodate all those coming to study meditation there. Kuhn Yay and her students led by Ven. Dhammajayo Bhikku and Ven. Dattajivo Bhikkhu wanted to see the continual growth of the Dhammakaya Tradition and established the temple with vision of a santuary for peaceful spiritual practice – a refuge in the midst of a turbulent world. The temple was to be centre: 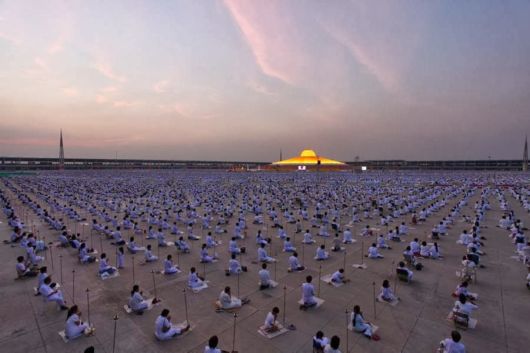 The temple was established on Magha Puja Day, 20 February 1970, on an eighty-acre plot of land donated by Lady Prayat Phaetayapongsa.visudhathibodi. The site, sixteen kilometres north of Bangkok International Airport, was originally called ‘Soon Buddacakk.patipatthamm’. From acidic paddy fields, a woodland was created: a parkland for meditators. Buildings were kept to a minimum and emphasized finesse, easy maintenance, cleanliness and durability. The foundation stone for the main chapel laid by H.R.H. Princess Maha Chakri Sirindhorn on behalf of H.M. the King in december 1977 marked the official foundation of the centre as a temple – Wat Phra Dhammakaya. 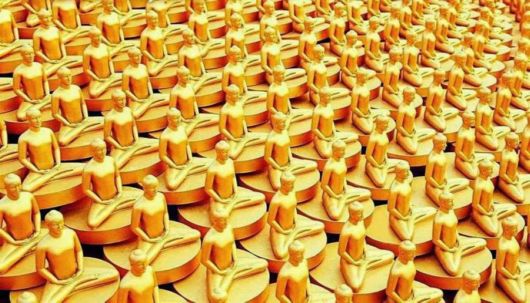 The Main Chapel was completed in 1982 and the ceremony for the allocation of the chapel boundary (sima) was held three years later.While the temple was under construction, the Dhammadayada ordination scheme gave training to hundreds of university students, a steadily increasing number of whom swelled the number of residents in the temple community, numbering 200 monks and 200 novices, 90 laymen and 160 laywomen in the present day. At the same time, congregations on Sundays and major religious festivals reached 20,000, necessitating the construction of Sapha Dhammakaya Hall, presently the centre for ceremonies. 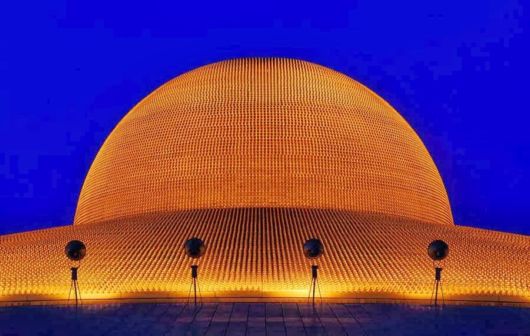 Although recognizing the importance of constructing buildings, the temple has always placed special emphasis upon training devotees. Thus, during more than twenty years since the foundation of the temple, activities at Wat Phra Dhammakaya have attracted devotees not just from Bangkok, but from all over Thailand and countries abroad. There are fifteen Dhammakaya Centres and twenty-two groups in the provinces and two centres abroad. 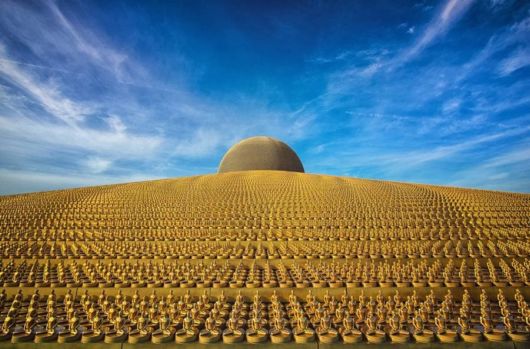 The use of modern technology to present traditional teachings in a way that responds to the needs of those in contemporary society: Since the outset of the Dhammakaya tradition, the inner peace of meditation has reflected an aspiration to cultivate peace in the world at large. It has been obvious that the work involved requires more than just a temple organized by monks. For this reason, the temple has grown together with its supporting organization, the Dhammakaya Foundation to facilitate a broader base of activities by the public and participation by lay members of the congregation. 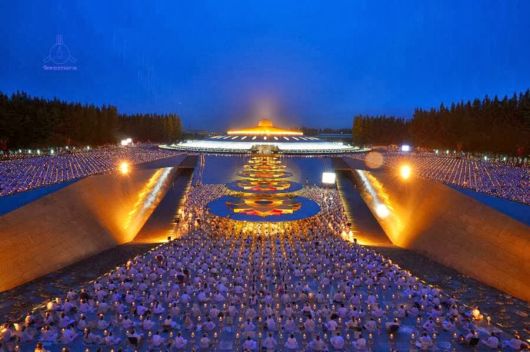 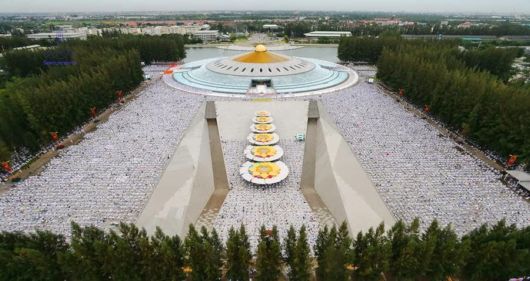 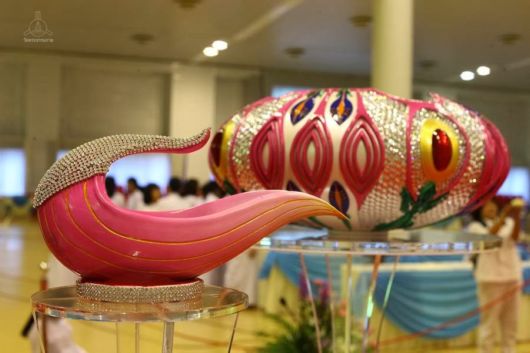 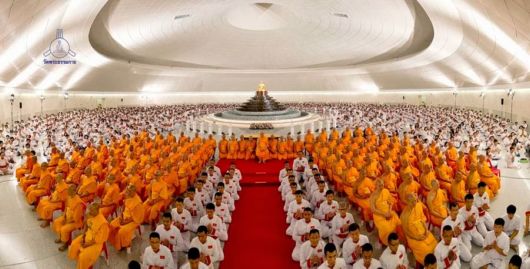 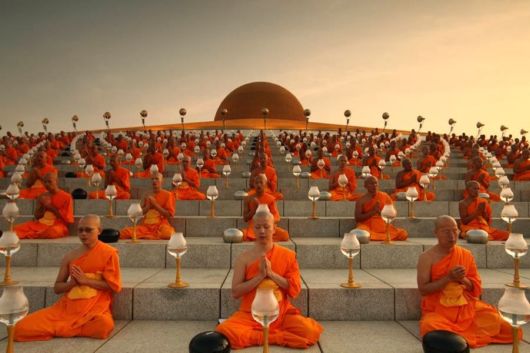 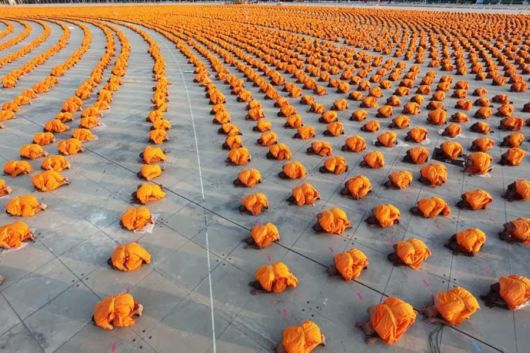 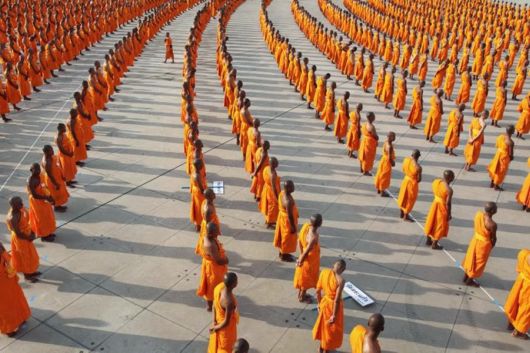 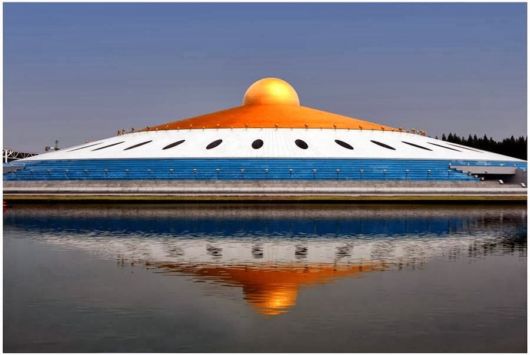 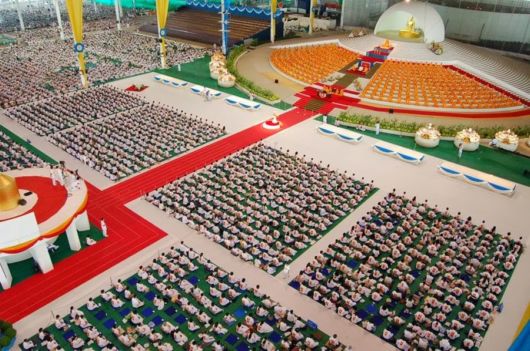 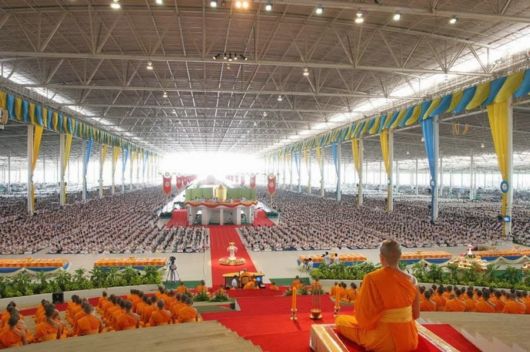 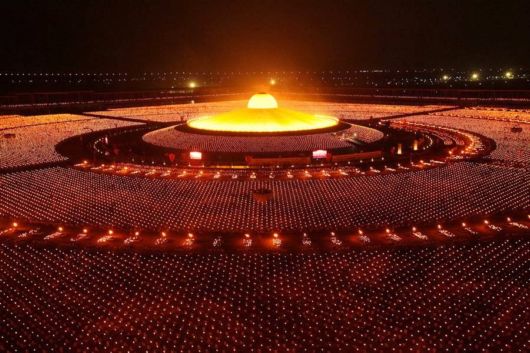 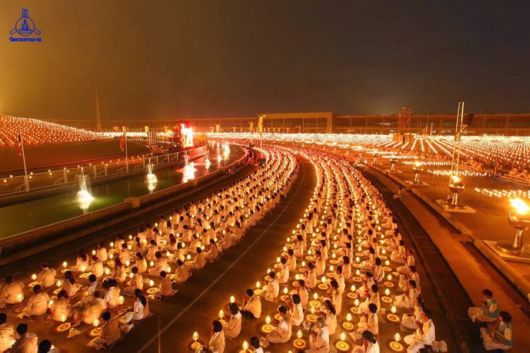 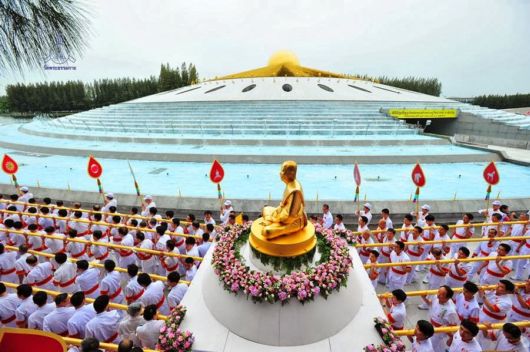 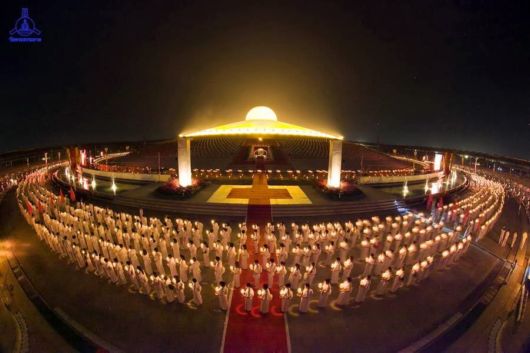 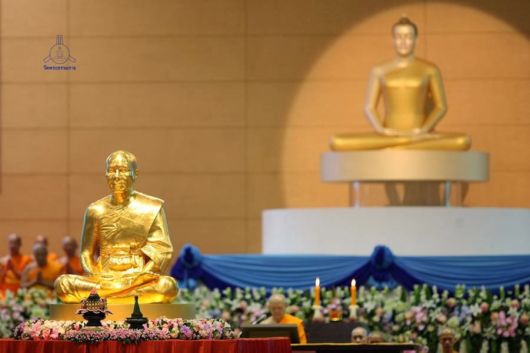 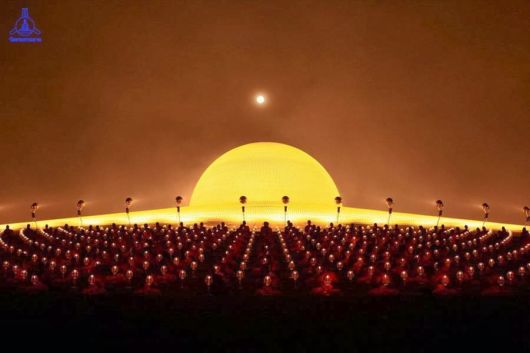 With the expansion of the temple to one thousand acres in 1985, Wat Phra Dhammakaya stands on the threshold of the development of the World Dhammakaya Centre – a resource to serve the needs of the international community.