The beauty of nature is all around us, and sometimes, we need to change our perspective a bit to fully appreciate it. Just standing on a vantage point and looking down on one of these amazing places is a truly humbling experience. I wouldn’t recommend you visit these places yourself if you have a fear of heights, but that’s exactly what photos are for! 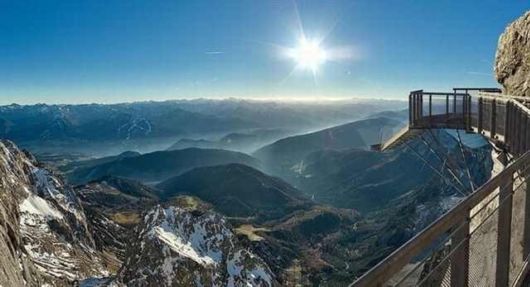 Some of the highest bridges in the world are located in the Dachstein Glacier resort in the Austrian Alps, and the views you can see from them are just stunning. It is as if you are peering down from the top of the world.

The Namib Desert and the Atlantic Ocean – Namibia 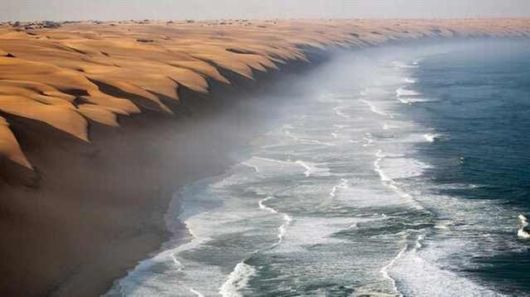 Some of the biggest and most spectacular sand dunes in the world are found in the Namib desert. If you are brave enough to climb one near the edge of it, you will see a unique and truly bizarre view, where desert meets ocean. 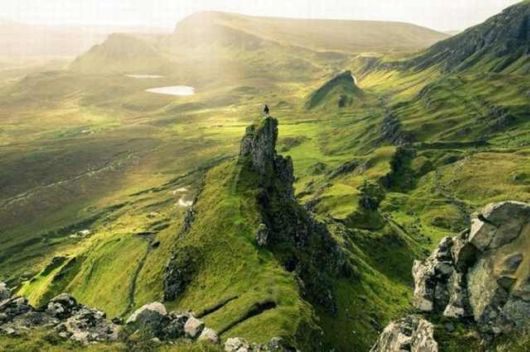 Skye is well-known for its amazing geography and diverse wildlife. Full of picturesque lakes and breathtaking mountains, the area known as the Quiraing Landslide offers the best views of the island. 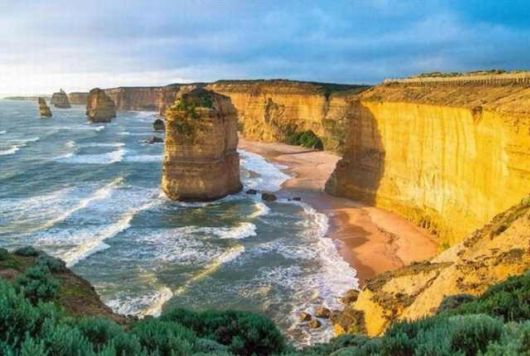 The apostles are massive columns of rock that survived thousands of years of coastal erosion. They are a very popular tourist attraction and a well known landmark of the Australian coastline. 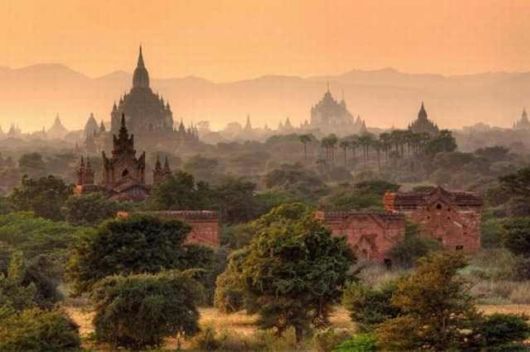 Bagan is an ancient 13th century city and home to many Buddhist temples and monasteries. At the peak of its activity over 10,000 prayer sites were active. Only 2,200 are found today, but the spirituality and beauty of the area has not diminished. 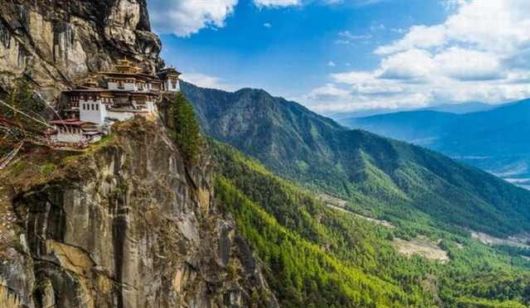 This ancient monastery in the Himalaya?s is a Buddhist sacred site and spiritual center. Many people come and visit during the spring, when the temperatures are cool and the trees in the area are in full bloom. 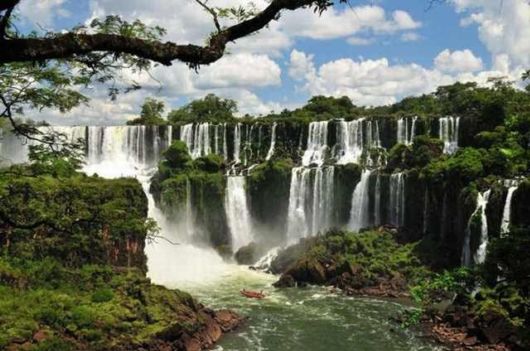 Dozens of cascades make the powerful Iguazu Falls one of the most spectacular waterfalls in the world. Many tropical plants and animals can be found around it enjoying the waters of the river. 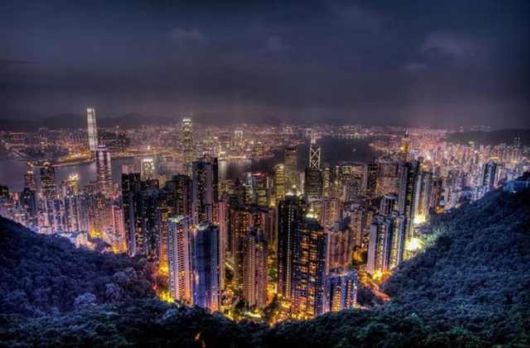 Victoria Peak offers one of the most surreal night views of the colorful city, and maybe any other city in the world . At 1,818 feet (550 meters) it’s the highest mountain on the island and one of the only places where you can see the city from above. 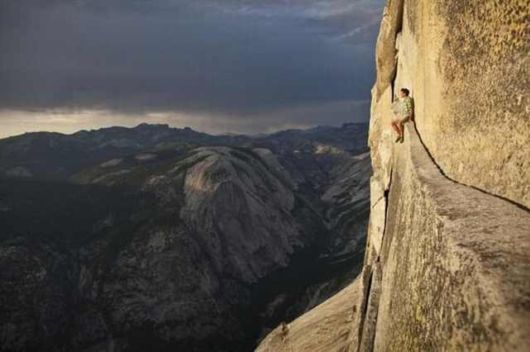 This ancient granite dome can be found in Yosemite National Park inside one of its many valleys. You can gaze upon the dome from the surrounding cliffs or climb it for a great view of the beautiful national park. 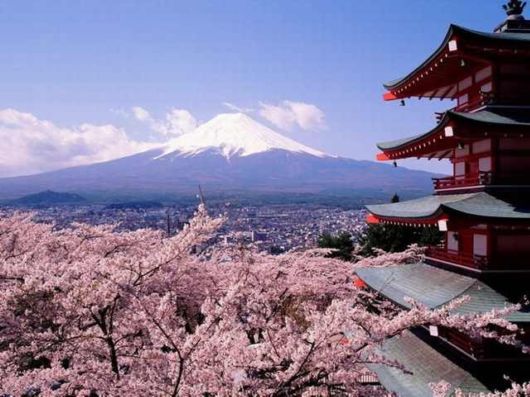 The cherry blossom (sakura) is Japan?s national flower and every year, during early March, almost any hill and mountain will offer these amazing views full of the beautiful flowers. 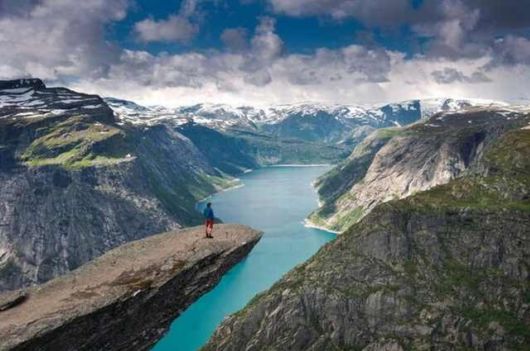 If you can do the challenging hike to the Trolltunga you will be greeted by one of Norway’s best views. Lake Ringedalsvatnet and the nearly natural platforms are so amazing it’s hard to believe they are not the design of some creative madman. 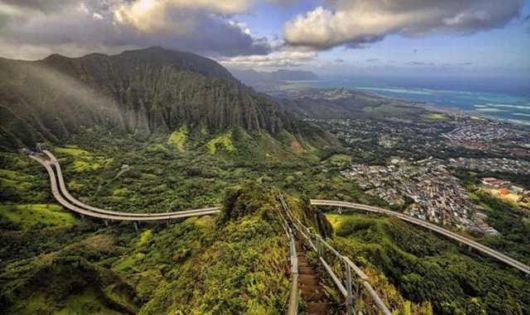 Also known as "The Stairway to Heaven", this fairly unknown hiking trail can be found on the island of O?ahu. The trail is steep and hard but ends at the peak of the main mountain on the island and the best view you can imagine.

Situated high over the city of Bangkok, the Moon Bar at the Vertigo hotel is the place to go if you want to the most beautiful dining experience in South East Asia. 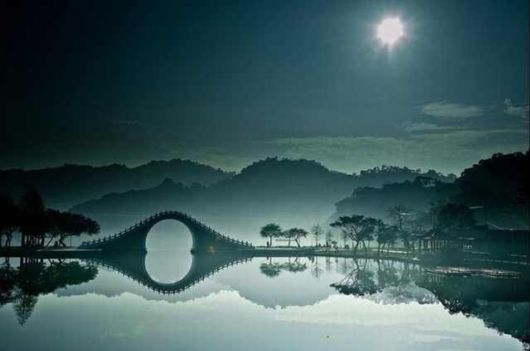 Not far from the busy industrial center of Taiwan you will find this relaxing and beautiful park. The bridge, trees and buildings were all designed to perfectly reflect in the clear water. 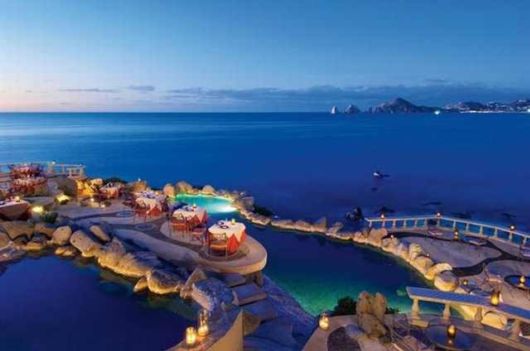 This restaurant in Cabo San Lucas is the place to go if you want the best food in Mexico, with the best view in Mexico. 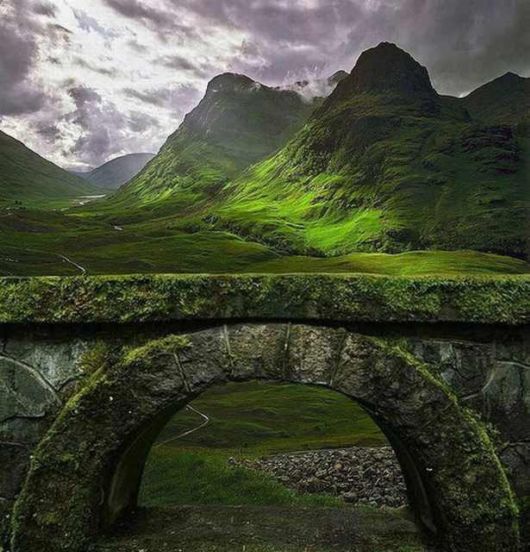 This is a simple and ancient stone bridge that has been overwhelmed by lush green moss. Many consider it to be the best example of the majesty of the Scotland Highlands. 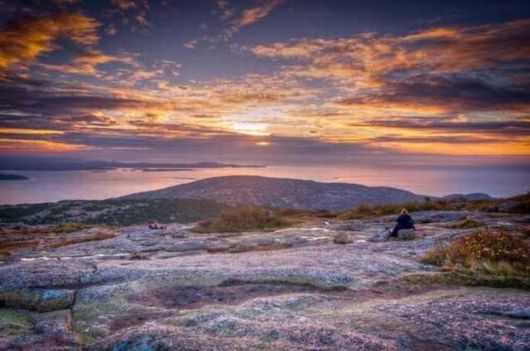 Acadia National Park in Maine is the best place on the coast to see the Atlantic in all of its glory. 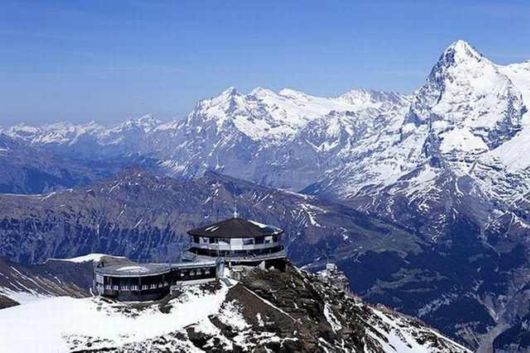 This revolving restaurant on the Swiss Alps gained world fame after it was a major location for the James Bond movie, "On Her Majesty’s Secret Service". Despite its age it is still a wonderful feat of engineering and a great way to see the Swiss Alps. 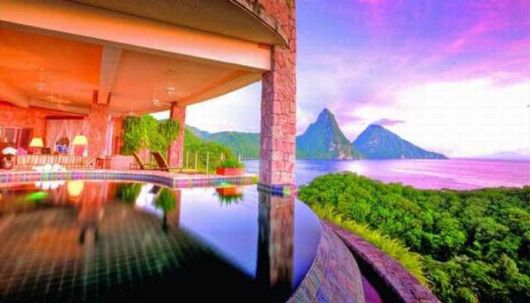 This beach front resort looks over a beautiful shoreline and offers a stunning look at the Piti and Gros Piton Mountains. 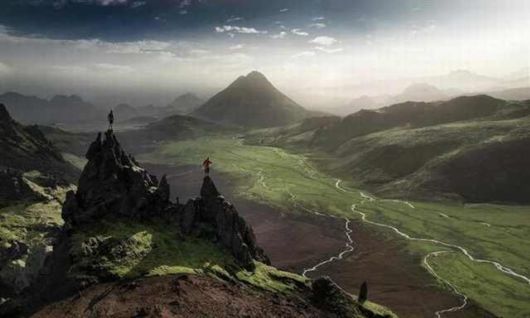 The North Fjallbak route is a rugged but scenic detour north of the Mýrdalsjökull glacier. Accessible by SUV, there is no need to walk in order to see the magical canyons shaped by migrating glaciers. 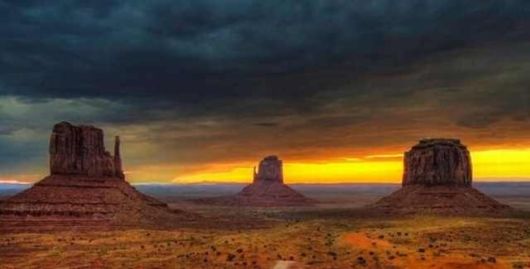 Commonly used as a filming location in the heyday of western movies, this Utah valley is one of the best examples of wild USA beauty. The vast sandstone structures dominate the landscape and come to life with the dimming light of sunsets. 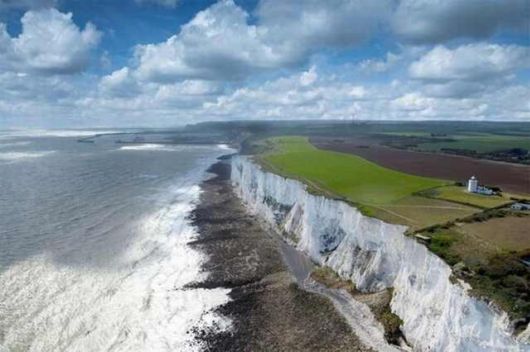 The cliffs of Dover are composed of chalk and offer spectacular views of the English coastline. The strong colors and views from this remote location make it a great place to just breathe in the fresh air and relax. 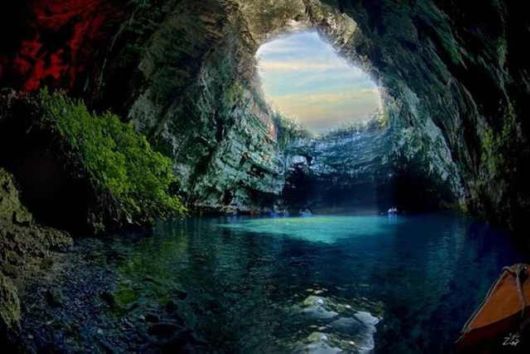 According to Greek mythology, nymphs once inhabited this breathtaking cave and lured men in with their beauty. Today, it is the beauty of the cave itself that lures many people to visit it each year. 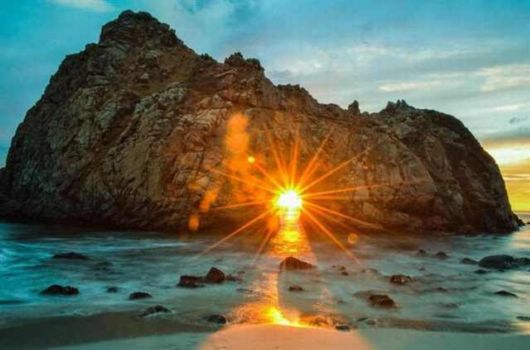 The rocks you see above are found in Pfeiffer Beach, a romantic area of the California coastline. The purple sand and blue waves are at their best during sunset, which sets between the rock formations. 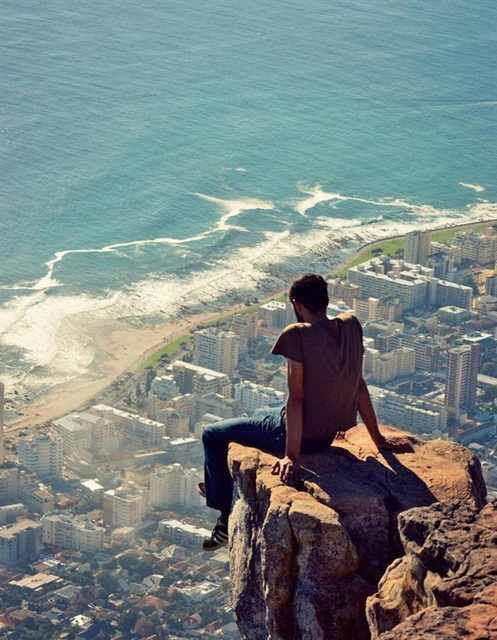 You have to be very brave to sit on top of the Lion?s Head above Cape Town, but from this amazing point you can see the whole city and feel like its king. 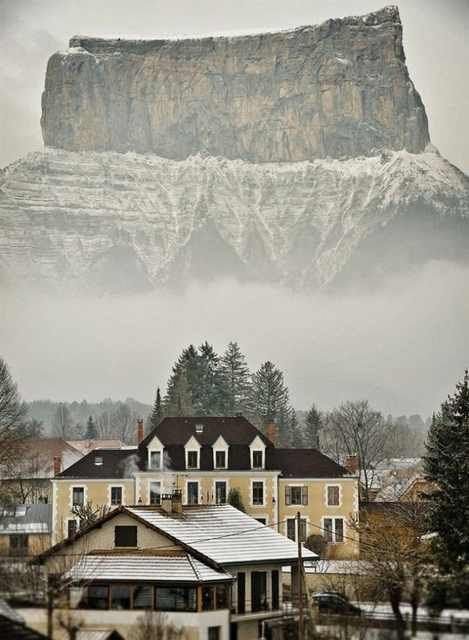 Mont Aiguille is one of the tallest mountains in the French Alps and the best place to view them from. 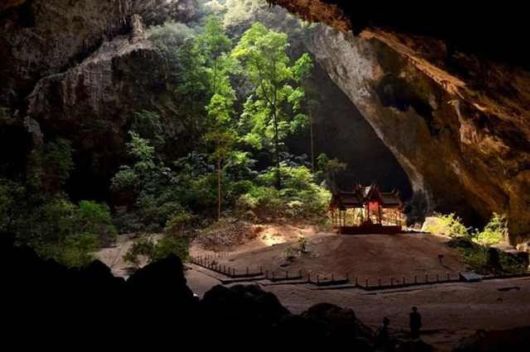 Found in the stunning Khao Sam Roi Yot National Park, the wondrous cave consists of two caverns. The light that enters from the collapsed roofs made this site a personal favorite for King Chulalongkorn, who built the pavilion inside. 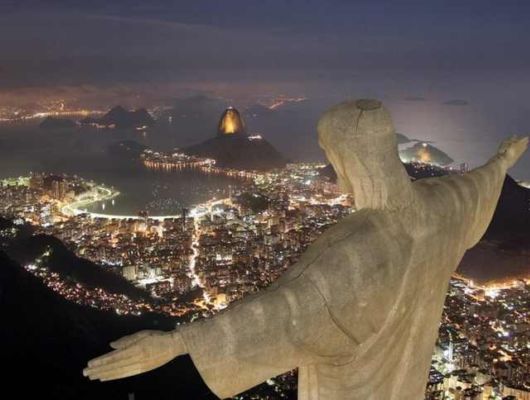 Many people look up from Rio de Janeiro to the statue of Christ the Redeemer each day, but the best view is from above and not below. The peak of the Corcovado Mountain offers one of the most unique looks at the vibrant city and the busy beaches.