Using a special technique to color these 120 year old photos, we get a rare glimpse into another place and time. The place? Ireland. The time? Over a century ago, in the late 19th and early 20th centuries. Some of these places haven’t changed as much as you’d think, while others no longer exist at all. Take a moment to relax and enjoy a window to another time… 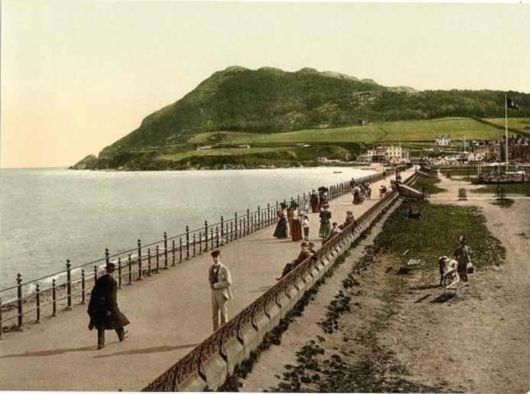 Before the 18th century, Bray was a tiny fishing village, remote and sleepy. But as the city of Dublin expanded and grew, more and more people looked for residence outside the over-populated urban center, and the town’s popularity soared. By the mid 1800s, the town became the largest seaside resort in Ireland. Today, it is home to the Ardmore film studios, where many classics were created, such as Braveheart. 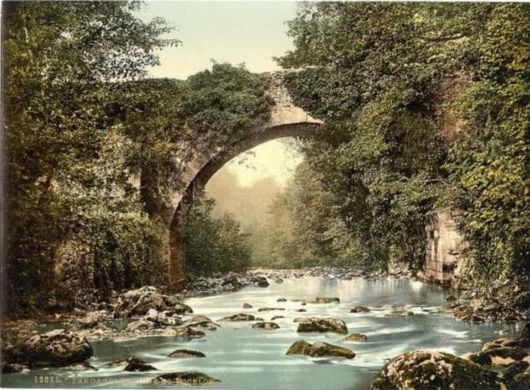 The river Dargle was originally called ‘Deargail’, which is Gaelic for ‘little red spot." This is because (although you can’t see it in this photo), most of the rocks in this river are tinted red. 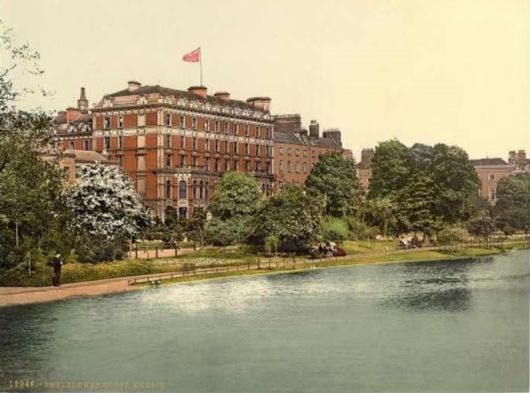 This stunning hotel first opened its doors in 1824, and is still open for business today! It is currently under ‘Marriott International’. This hotel played a significant role in Irish history, when in 1922 it served as the meeting place of the creators of the Irish constitution. Room 112, where it was drafted, is now known as The Constitution Room. 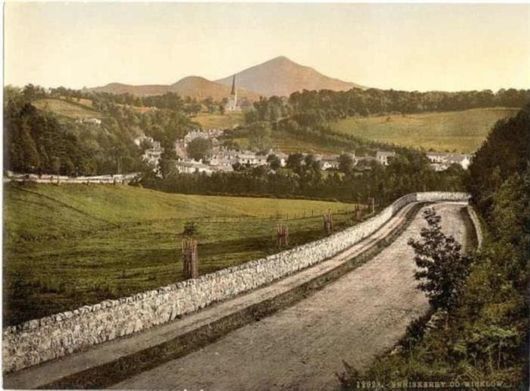 This is a tiny town, home to only about 2,000 people, but its beautiful scenery at the foot of the Wicklow Mountains and its proximity to Bray, make it a splendid place to visit all year round.
St. Patrick’s Cathedral, Dublin 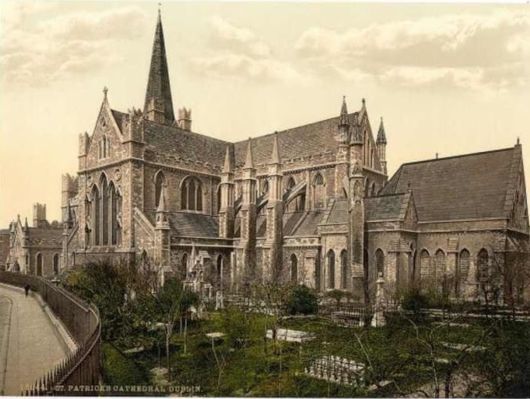 This iconic cathedral is known as the Cathedral of the Blessed Virgin Mary and St. Patrick. It was founded almost a 1000 years a go, in 1191, and now serves as the National Cathedral of Ireland. With a spire reaching 140 feet, it is also the tallest church in Ireland. 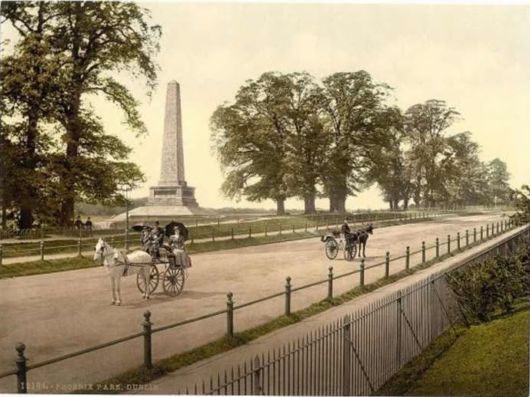 This obelisk may remind you of the Washington Monument, but it is actually the Wellington Monument, standing in Phoenix Park in Dublin. It is the tallest obelisk in Europe and is dedicated to the famous deeds of Arthur Wellesley, 1st Duke of Wellington. 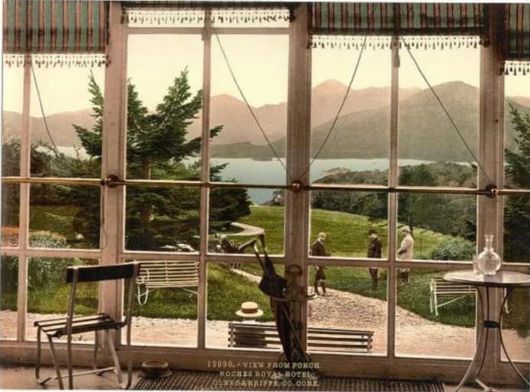 This particular hotel is no longer open today, but the small town of Glengarriff, in which it resided, is still a popular tourist attraction that provides visitors with a gorgeous seaside view, accompanied by tall mountain peaks and picturesque peat bogs scattered throughout. 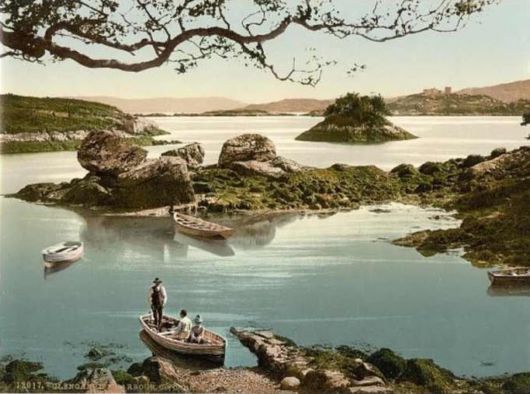 Named after the Glengarriff Forest, this town’s Gaelic name is ‘Gleann Garbh’, which means ‘rough glen." The forest is in fact a home to a rough glen and some of the very oldest oak and birch groves still left in Ireland. 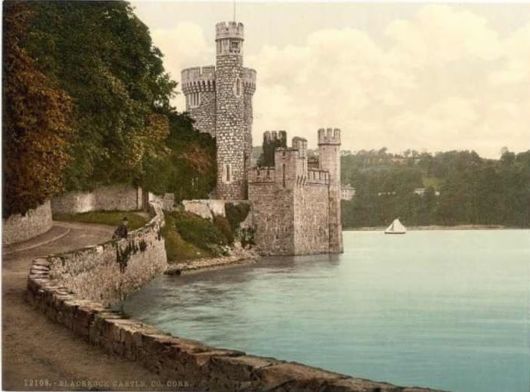 Initially constructed as a fort designed to keep pirates at bay, Blackrock Castle was mostly destroyed in a fire that broke in 1827. It was mostly replaced by 1829 and used for a variety of purposes. Today, it actually serves as Ireland’s first fully interactive astronomy center, open to the public.
Dungarven Bridge and Harbor 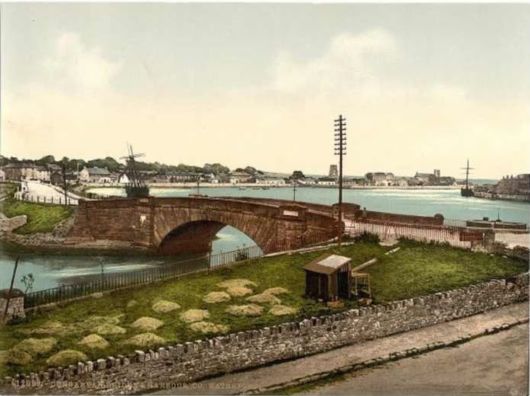 Dungarven’s Gaelic name is Dún Garbháin, translating to ‘Garbhan’s Fort’. This of course refers to Saint Garbhan, who founded a church there back during the 7th century. These days, it is an administrative center for Waterford County. 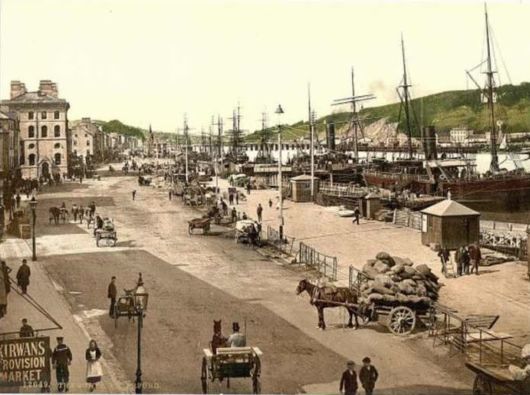 Waterford may well be the oldest city in all of Ireland. This ancient city can claim roots that go back to 914, and now, 1000 years later, it is still a significant location. It is most well known for its crystal, which was its main export for over 225 years. That industry no longer exists there today, but there is still the Waterford Crystal Visitor Center to enjoy. 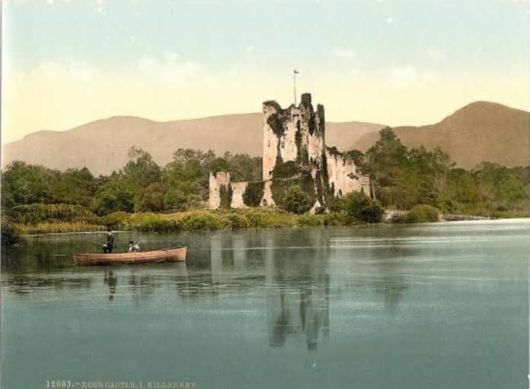 This beautiful castle hasn’t changed much in the 120 years that have passed since this photo was taken, except for the renovations recently done in order to open the castle up to the public. During the 15th century, this castle was one of the strongest military posts in Ireland, and was only conquered during the 17th century because none of the defenders expected an attack by water. 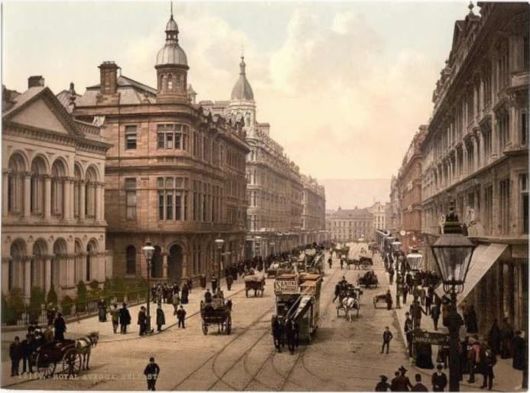 elfast’s main shopping district is an old one, and has suffered multiple IRA attacks in the 70s and 80s. However, after 120 years, most of the buildings in this photo are still standing. 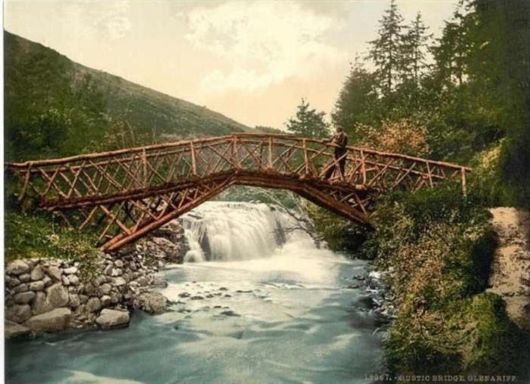 Today, as well as over a century ago, Glenariff Forest Park, with its beautiful trees and waterfalls, is a popular tourist attraction. The area has been named by some as "Queen of the Glens", hailed as the biggest and most picturesque glen in the country. 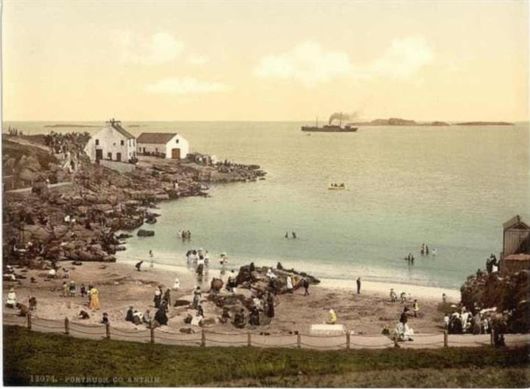 This town used to be known for its beaches. While these are still a beautiful attraction, the town is now more known for its active nightlife and having the biggest amusement park in Northern Ireland.
Carrick-a-Rede Rope Bridge 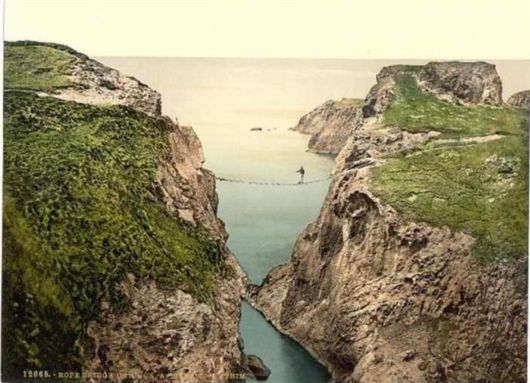 You may be surprised to hear this, but the rope bridge in this photo, connecting Carrick Island to the mainland, is still in use today, and has become a major tourist attraction. That said, it HAS been redesigned and improved upon over the years, so it’s safer today.
Vale of Avoca 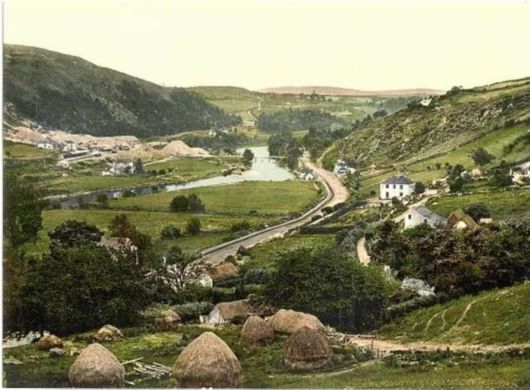 The Avoca River starts as two distinctive rivers and then combines through the Vale of Avoca. This vale is located in the town of Avoca, seen in this photo. 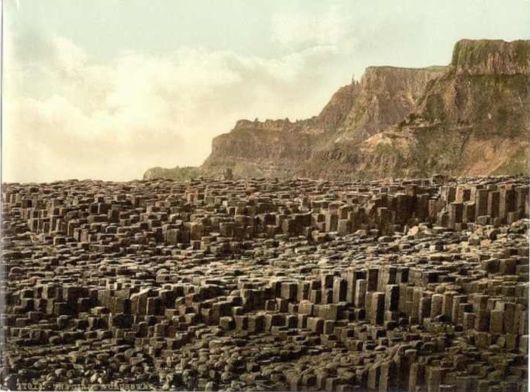 This iconic landmark is known to some from a famous cover by Led Zeppelin. This bizarre natural formation is the result of an ancient volcano eruption. The super-hot lava flowed and cooled so quickly that it left huge cracks. These eventually broke and created the columns we see now. 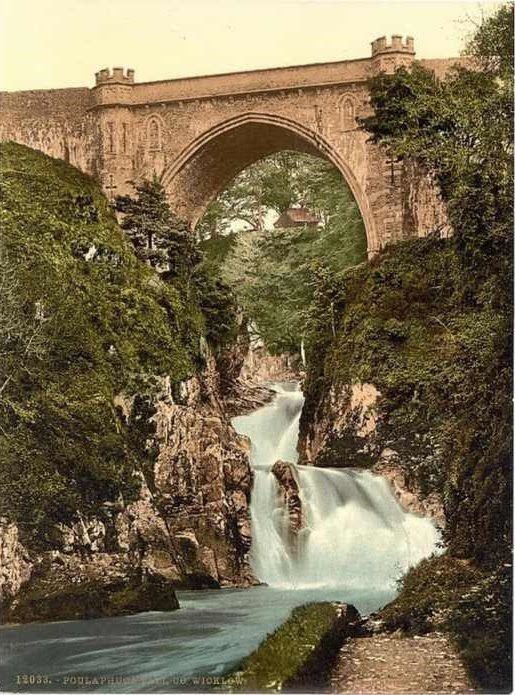 The Wicklow Mountains make up the center of Wicklow County. This area boasts a beautiful natural decoration of rivers and waterfalls ( this one here). Unfortunately for nature lovers, this specific waterfall has ceased to exist ever since the poulaphouca Reservoir was complete in 1940.