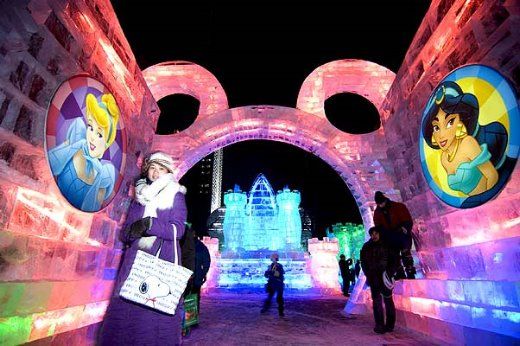 These impressive ice sculptures are part of a display for the upcoming Harbin International Ice and Snow Festival.

The festival officially begins on January 5, when 800,000 tourists are expected to visit the freezing city in northern China.

As well as the colourful life-sized ice buildings, which reflect traditional Chinese architecture, there is also a 160m high Father Christmas sculpture, said by organisers to be the world’s largest. 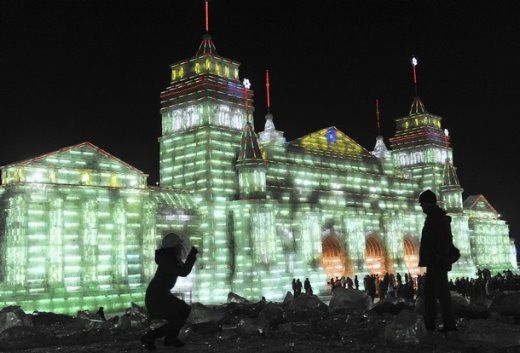 Harbin, which fringes Siberia, plays host to the festival each year, but organisers have revealed that the effects of global warming are taking a toll as the snow and ice now melt more rapidly than in the past. 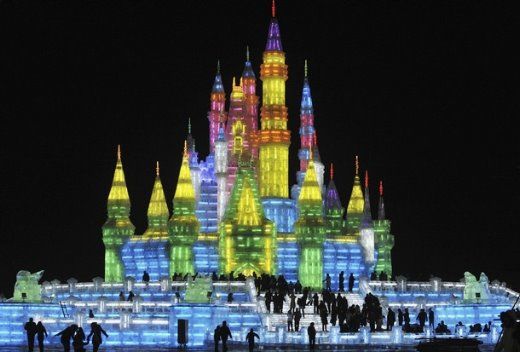 Unseasonably warm temperatures have made the job especially challenging, said Tang Guangjun, one of the sculptors.

‘The weather swings between warm and cold, so it becomes very wet and slippery on the ice. It is very dangerous for us,’ he said.

The display is expected to boost local trade during the economic downturn. 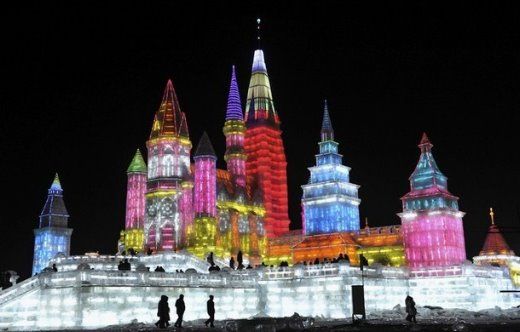 ‘It can stimulate the economy and consumption. When people feel happier, they will want to spend more, so it will lift the economy of the city and even the country,’ said Li Qingsheng, a tourist from Beijing.

Officials in Harbin remained optimistic about the tourist outlook for the winter. 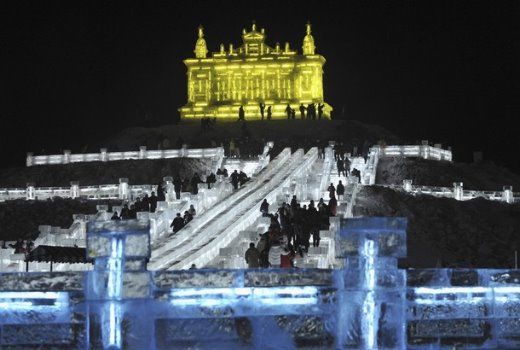 Harbin, the capital of Heilongjiang province on the edge of Siberia, is one of China’s coldest places. Winter temperatures can drop to below minus 35 degrees Celsius. 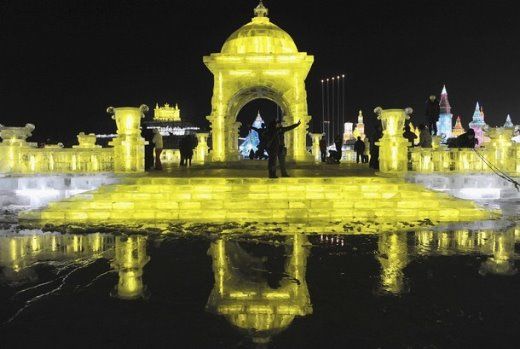 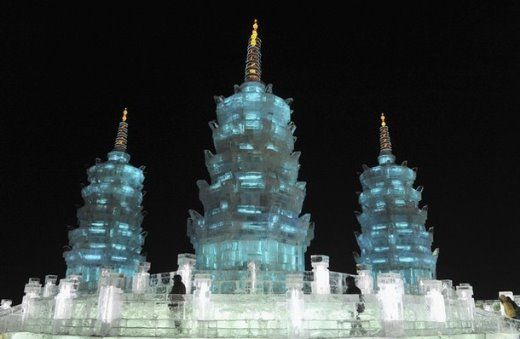 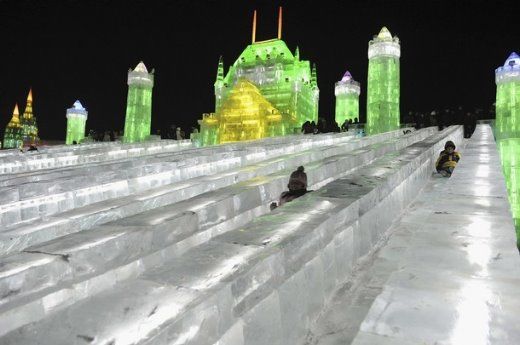 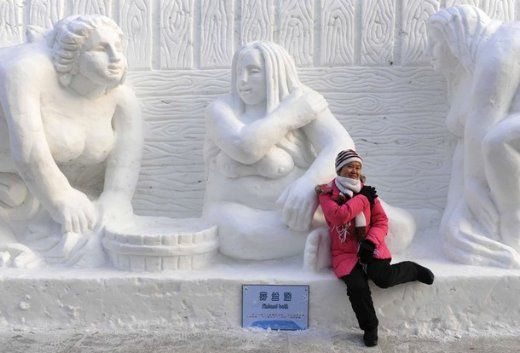 An estimated 800,000 tourists, 90 per cent of them Chinese, were expected to visit the ice festival, said Jia Yan, director of the local tourism bureau. 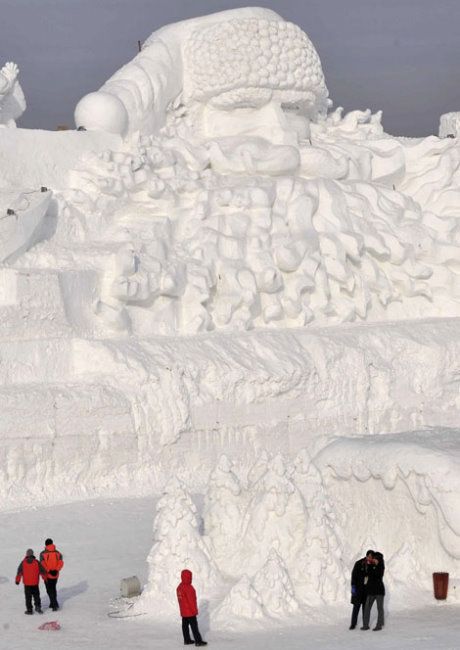 The festival traditionally runs from mid-December to early February. 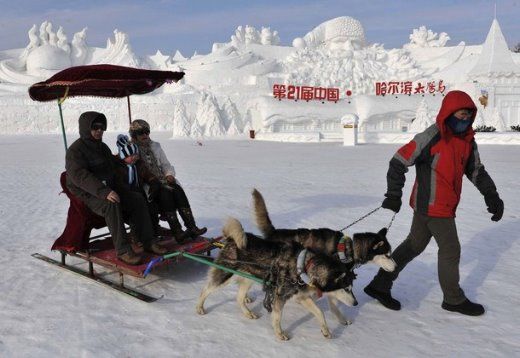