Although ice hotels now exist in several cold countries, the Ice Hotel in Kiruna, Sweden is best known as the earliest. Since its creation in 1989, the hotel has featured in many television travel programmes, newspapers and magazines. With the exception of the beds, the entire hotel is made completely out of ice blocks – even the glasses in the bar are made of ice. The ice is made from water taken from the River Torne. The hotel features more than 60 rooms and suites, a bar, reception area and chapel. The hotel only exists between November and May. 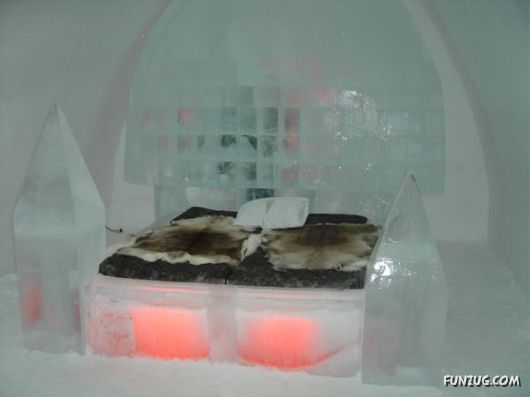 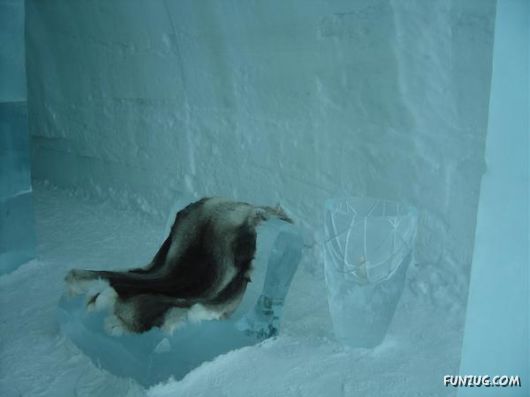 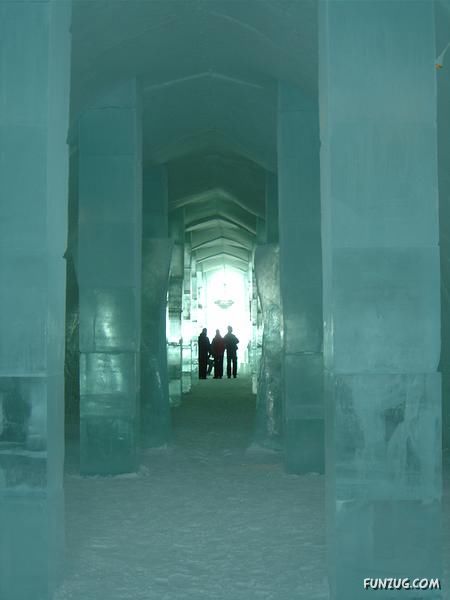 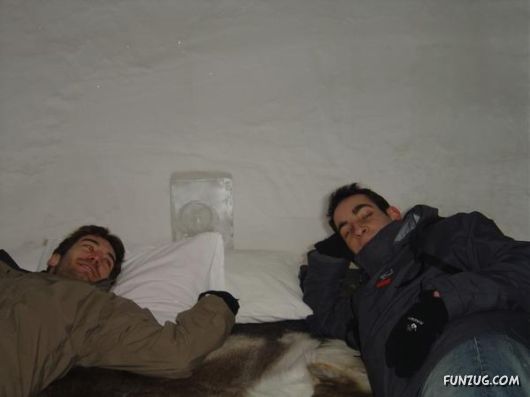 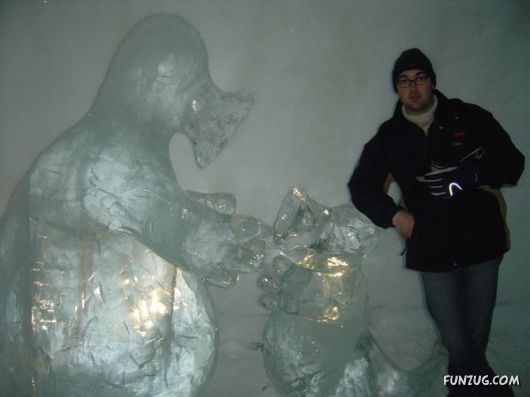 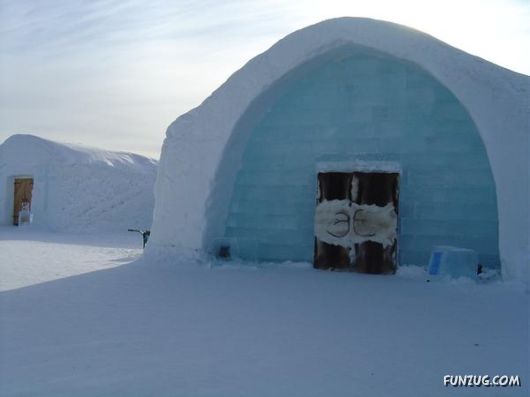 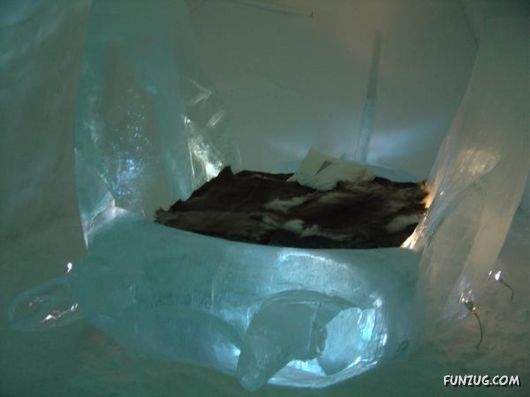 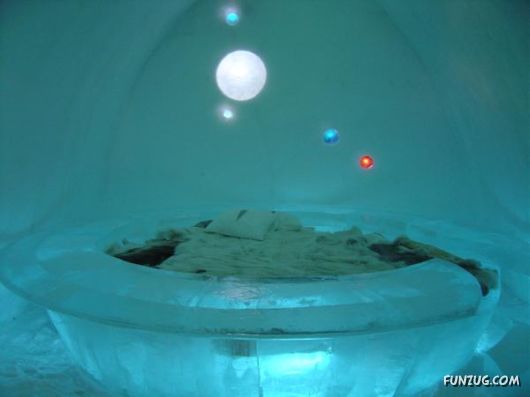