Dalhousie is a beautiful hill station in Himachal Pradesh. Established in 1854 by the British Empire in India as a summer retreat for its troops and bureaucrats, the town was named after Lord Dalhousie who was the British viceroy in India at that time.

It is built on and around five hills. Located on the western edge of the Dhauladhar mountain range of the Himalayas, it is surrounded by the beautiful scenery of snow-capped peaks. Dalhousie is situated between 6,000 and 9,000 feet above sea level. The best time to visit is in the summer, and the peak tourist season is from May to September. Scottish and Victorian architecture is prevalent in the bungalows and churches in the town.

Dalhousie is a gateway to the ancient Chamba Hill State, now Chamba District of the state of Himachal Pradesh of India. This hill region is a repository of ancient Hindu culture, art, temples, and handicrafts preserved under the longest-running single dynasty since the mid-6th century. Chamba is the hub of this culture. Bharmour, the ancient capital of this kingdom, is home to the Gaddi and Gujjar tribes and has 84 ancient temples dating from the 7th?10th century AD. 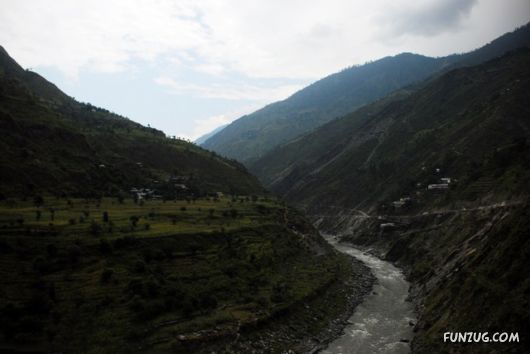 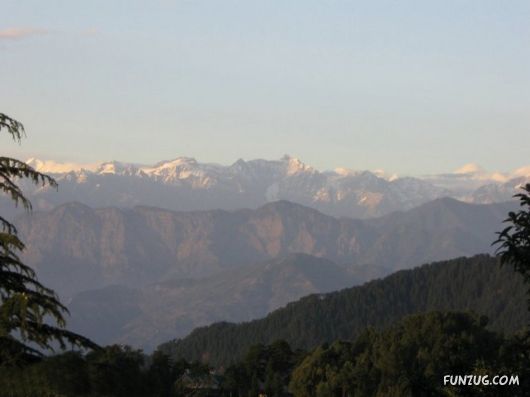 Get in
The trip to Dalhousie is a long one if you are heading from Delhi. It usually involves taking an overnight train to Pathankot (about 10 hr) and then a 2?3 hr drive from Pathankot to
Get around

The main mode of transport is a car or motorcycle; it can get very cold in the evening so a car is recommended. Pony rides are available in G.P.O. and Khajjiar, but this is mostly a recreational activity rather than a functional one. The ponies are called khachhars (mules), crosses between horses and donkeys: don?t expect thoroughbred horses! Walking around Dalhousie is a good option, but to see Khajjiar and Chamba you will have to use some kind of transport. Taxis to these destinations are easily available from the main market. 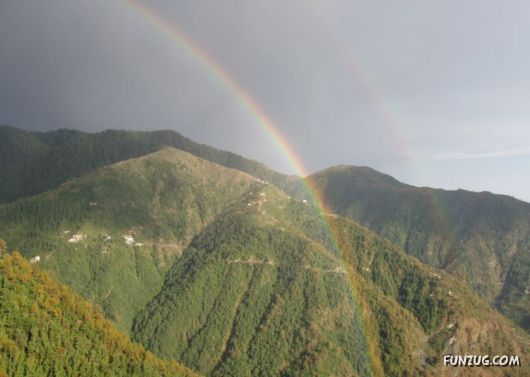 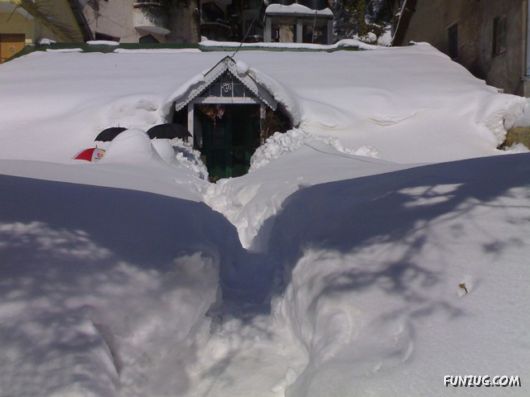 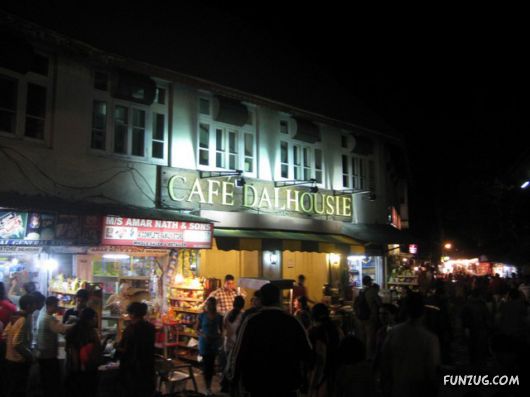 * Khajjiar ? A stunning valley with a spring in the middle, while being quite beautiful, it gets littered with trash in the peak season of July when a massive number of tourists come. Known as the ?Switzerland of India? for the meadowy look.

* Dainkund Walk ? A gentle, sloping walk near an Air Force base in Dalhousie, leading to a Hindu temple.

* Upper Bakrota ? The highest area in Dalhousie, it has a number of estates, a residential school, and an Army barracks at the top. The area is circled by a road called Bakrota Walk, on the way to Khajjiar which ends at Alah Water Tank. It was the preferred destination of the landed gentry of Punjab during the Raj, now populated by similar residents from the new India. Some of the houses are worth seeing, but are mostly on private gated estates.

* Kala Tope Rest House ? It?s on the way to Khajjiar at the toll barrier for Kala Tope, a road to the left of the barrier leads to the government rest house, a nice quiet spot and a great place for a picnic. The 3-km route through dense pine forests from Lakkadmandi to Kala Tope is simply exhilarating. No cars are allowed on this 3-km route.

* Ganji Pahadi Walk ? It is called Ganji Pahadi (ganji means bald, pahadi means hill) because there are no trees on the summit of the hill and it looks like it?s got a bald patch at the top. You can ask a local how to get there. It is a long walk of at least an hour, but quite pleasant.

* Subhash Chowk ? This is the spot (chowk means intersection) where the road from the bus stand makes a cross road between two roads to G.P.O. and the one coming in from the bus stand. It is also a fairly active market, second to G.P.O. 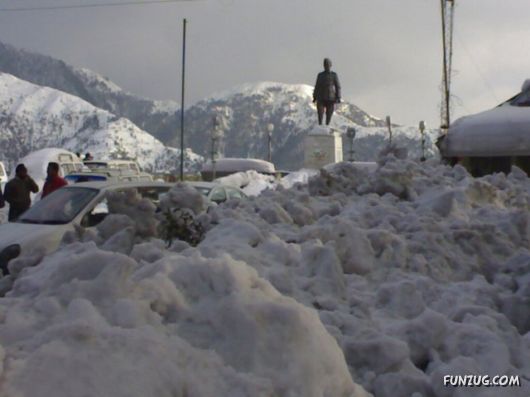 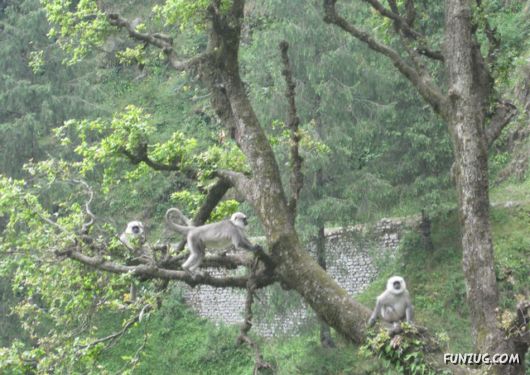 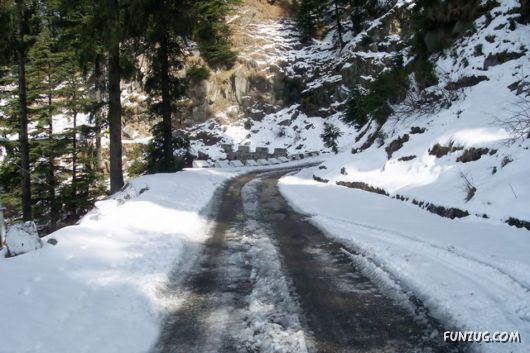 * Chamba ? It is a major district town a little distance away from Dalhousie and is the seat of the former princely State of Chamba. It has a number of attractions including a major museum, restaurants, etc.

* Kalatop wild life reserve. Kalatop Sanctuary was recognized as a game sanctuary on July 1, 1949. It lies between Dalhousie and Chamba at the northwestern extremity Daula Dhar. Dalhousie-Chamba Road runs through the sanctuary, which contains about 15 villages. In 1982-1983, there was a total of 1766 people living inside the sanctuary. This reserve covers an area of 3069 hectares. Its altitude varies from 1185 meters to 2768 meters (3910 ft-9134 ft.) The terrain is steep and typical of the Outer Himalayas. It is drained by several tributaries of the Ravi River which lies just to the north. There is a lake at Khajjiar. The temperature varies from -10°C to 35°C. The mean precipitation is 2648 mm, one-fourth of which falls as snow. Khajjiar, Kalatop, Dain Kund, Lakarmandi, and Bara Pathar are the tourist attractions that fall in this sanctuary. From Gandhi Chowk, a steep, uphill walk will take you to the scenic Bakrota Circle. After walking about 2 kilometers, the road to this sanctuary starts near the Municipal Water Resivoir. Kalatop is at an altitude of 2440 meters, and it is 8.5 kilometers from the GPO. From Lakarmandi, a jeepable road through the dense forest leads to the Kalatop Forest Resthouse. This is a perfect spot for a weekend retreat. The panoramic views of Pir Panjal Range and countryside are breathtaking.

Ask the locals for more detailed directions and advice about these places. Dain Kund, Upper Bakrota, and Ganji Pahadi are the lesser-known but quite long and enjoyable walks. Pack a picnic basket: there are a lot of open, empty spots where one can sit and enjoy a meal and a good view. 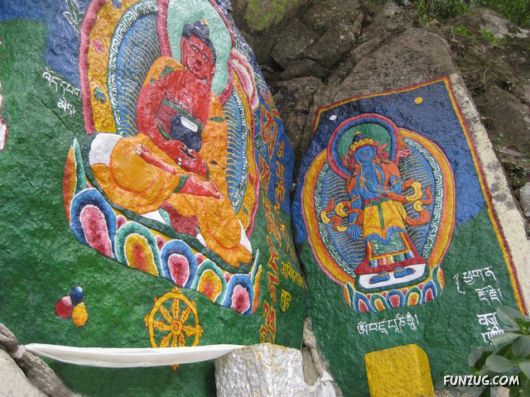 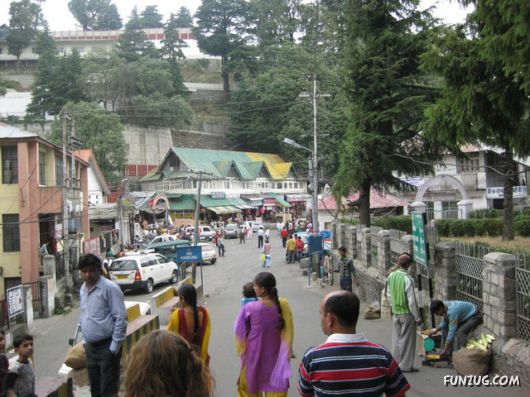 Dalhousie is known for its great valleys and high mountain ranges. Places like Panchpula are known for trekking. There are waterfalls, places to trek, or to sit down, relax, and experience nature. It is 5 km from G.P.O. Dalhousie Chowk. Going there is easy by bus, taxi, etc., but going on foot is a marvellous experience. This Place Registered its Name in History. As here Lies the Memorial of Amar Ajit Singh (Uncle of Shaheed Bhagat Singh)

* Go to the Tibetan market and have a look around just for fun.
* Enjoy long walks; carry an umbrella if its cloudy.
* Picnics are the thing to do in Dalhousie.
* Have a barbeque if your hotel has the facilities to do so.
* Star-gaze: the sky is exceptionally clear in Dalhousie at night (bring your binoculars/telescope).
* Enjoy a ride on the ponies in Khajjiar.
* Trek: it?s a fantastic place to trek. 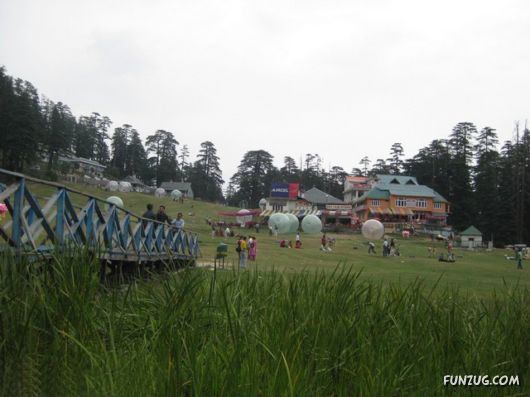 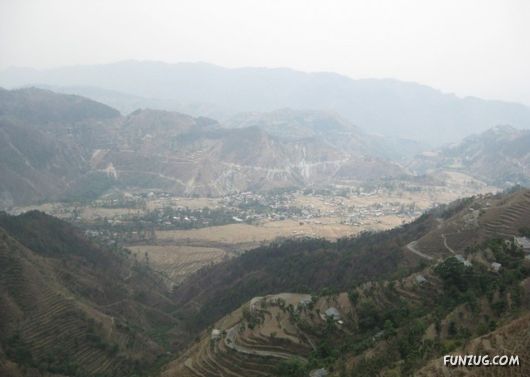