Winter has arrived and we?re all feeling the cold. If you wish to escape to a warmer climate, consider coming to one of these 20 incredible locations. Even if some of them are hotter than you?d expect, or far away from civilization, their sheer beauty makes the trip worth it.

The Togian archipelago is comprised of 56 individual islands, and only 37 of them are inhabited, and one of these 37 islands is the home of a unique group of people called Bajau (of ?Sea Gypsies?). These interesting people live on huts that are built on stilts above the sea bed, and live mainly off the surrounding sea life and jungles. 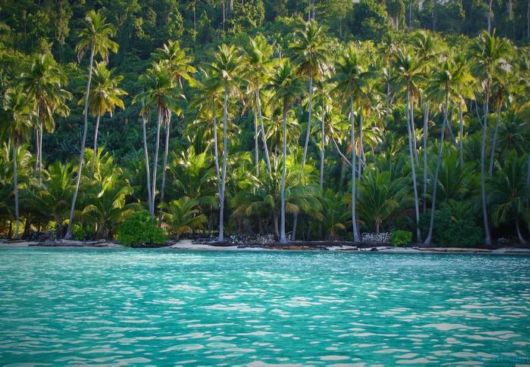 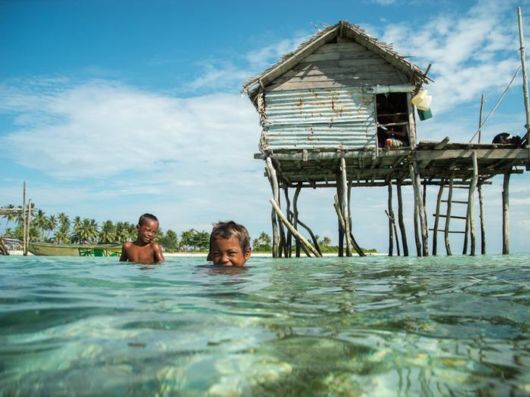 2. Spiti Valley, Himalaya, India
Thanks to its remoteness, it is one of the least populated places in the whole of India. It serves as a cultural center for Buddhists and has the oldest known temple in the world. 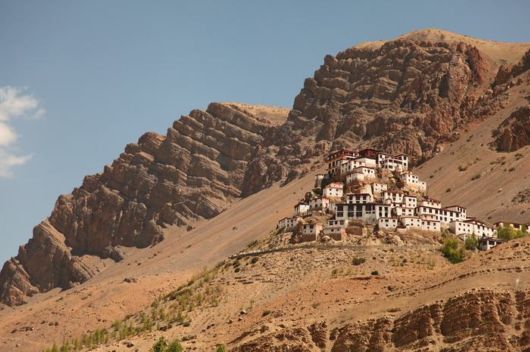 3. Kapaa, Hawaii, U.S.A.
The island of Kapaa hides scores of small, secluded beaches, which are separated by massive rock formations. 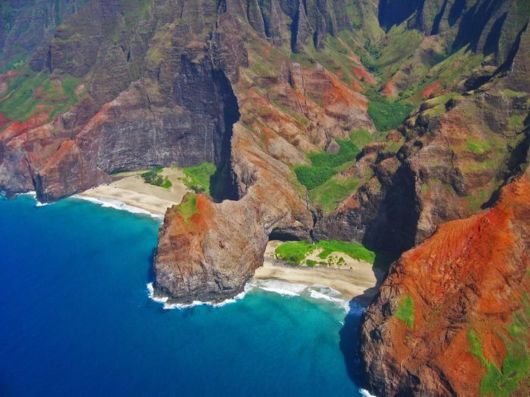 4. Crescent Lake, Dunhuang, China
Amongst the arid dunes of the Gobi Desert, lies the oasis of Crescent Lake. It has served as a place of refuge for travelers and merchants travelling the Silk Road since the 17th century. 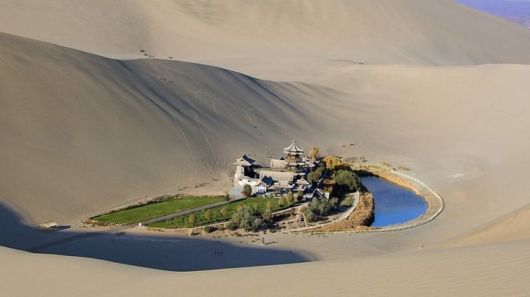 5. Filicudi, Italy
A tiny Mediterranean island, north of the shores of Sicily, it enjoys crystal-clear blue water, comfortable weather year-round and the best part ? most of the island is a nature reserve, making travelling between the villages a special experience.

6. Huacahina Oasis, Pisco, Peru
The small natural lake in the middle of the desert is also known as ?Oasis of America?. A local legend tells that the lagoon was formed when a native princess was caught bathing by a hunter, and as she fled, the water she was bathing in became the lagoon. 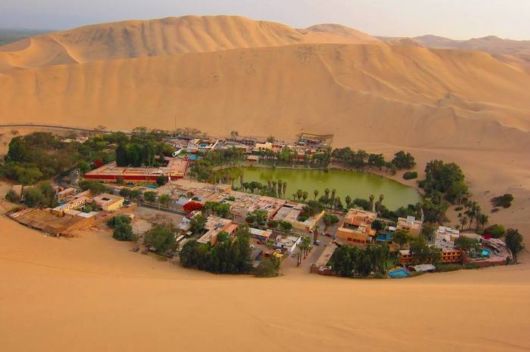 7. Karimunjawa, Indonesia
This archipelago has some 27 islands, only 3 of which are populated. Most of the remaining islands are nature parks, and the surrounding reefs are an amazing diving location for enthusiasts. 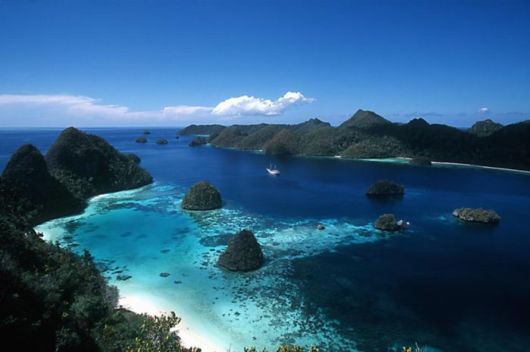 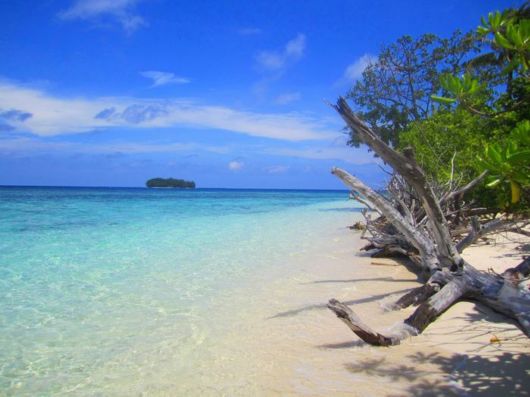 8. Jolfa, Iran
Built in the 9th-century, St. Stephanos Monastery hides in a canyon along the Arax river near the Iran/Azerbaijan border. 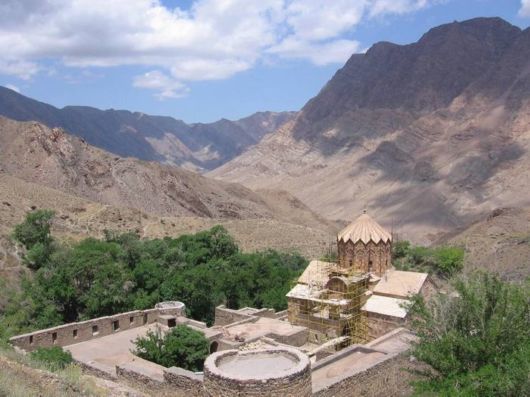 9. Halona beach Cove, Honolulu, Hawaii, U.S.A.
When you think of Honolulu, you probably think about the tourists, hotels and the commercialized part of Hawaii, but one of its best kept secrets is Halona Beach Cove. The secluded and relatively unknown beach is a mecca for people trying to escape the crowded beaches of this beautiful island. 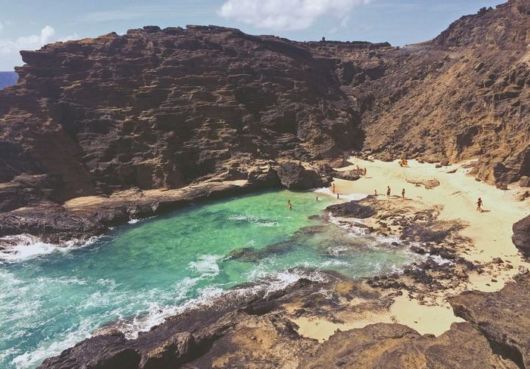 10. Lake Badain Jaran, Mongolia
The Badain Jaran Desert is where you will find the world?s tallest sand dunes, some as tall as the World Trade Center. The lake itself is easily missed between the gigantic dunes, but if you find it, make sure you visit the Bada Jilin Monastery. 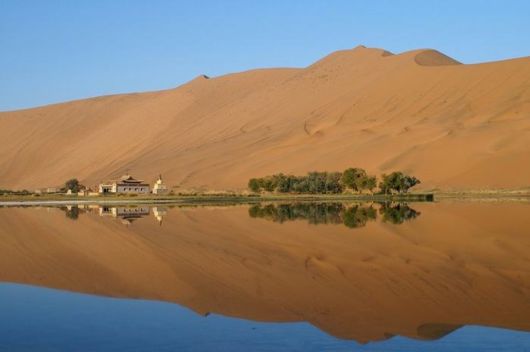 11. Southwest National Park, Tasmania
Lake Oberon hides in the depth of the national park. The place is loved by fishermen, thanks to the very few tourists who know about it or visit it. 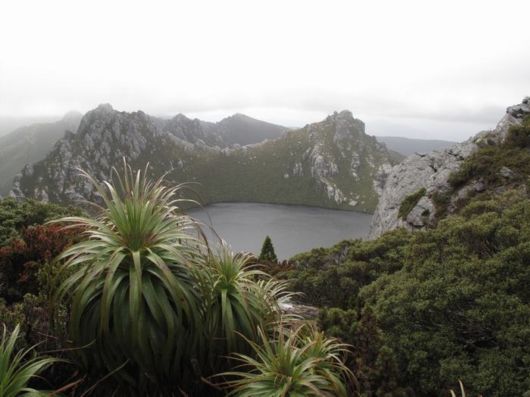 12. Al Hajjarah, Yemen
Once upon a time, this village was a citadel, but now it serves as a pit-stop of travelers who wish to brave the Arabian Desert. 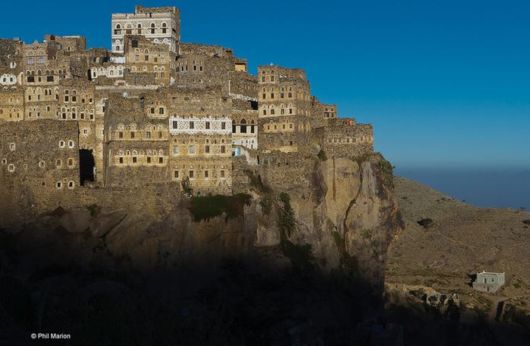 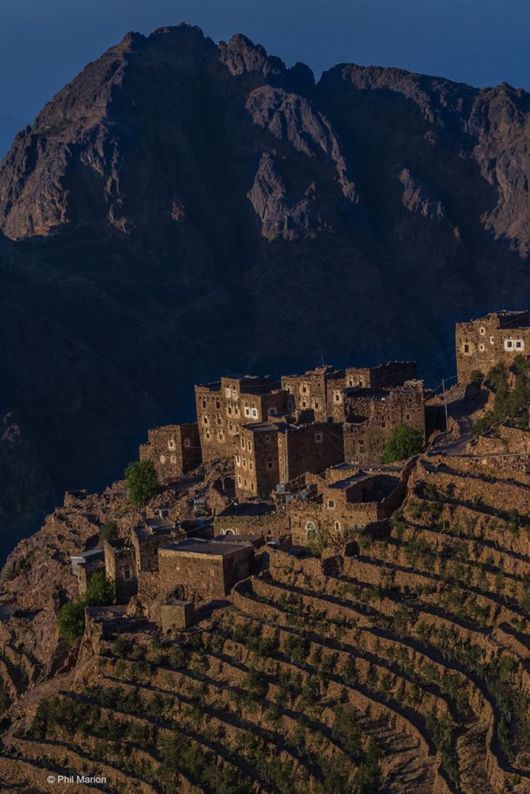 13. Sơn Đoòng Cave, Vietnam
The largest cave in the world, Sơn Đoòng has ancient stalagmites that are the tallest in the world, some reaching a height of 229ft (70m). The cave was discovered only in 1991 by a local man, and first explored in 2009. 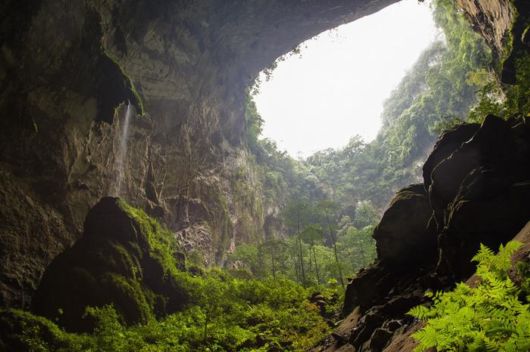 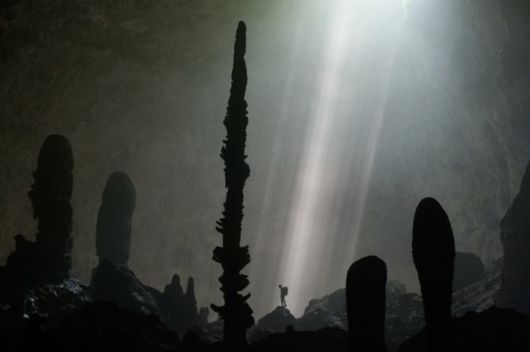 14. Puerto Vallarta, Mexico
A hundred years after the Mexican government used the area to test bombs, nature has reclaimed the holes left in the ground. Now, the caves and hidden beaches are only accessible by swimming through a long tunnel. 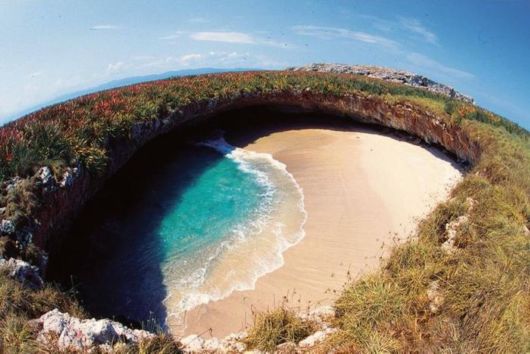 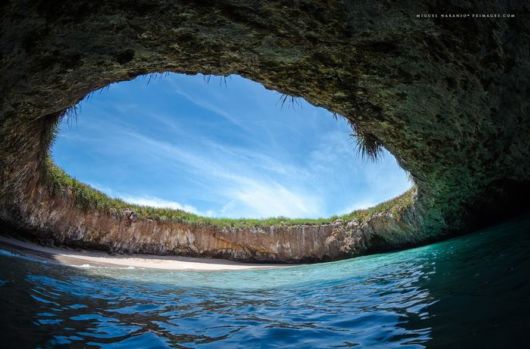 15. Kalawao, Hawaii, U.S.A.
With a population of only 90 people, Kalawao is the 2nd-least populated county in the whole of the United States. The only inhabited part is a small town, once used as a place for exiled sufferers of leprosy. After the quarantine was lifted once the disease became treatable, many people chose to remain in the small township. 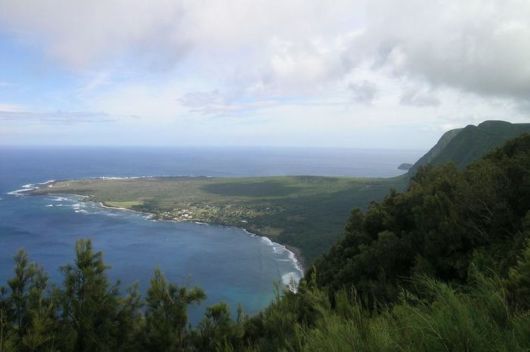 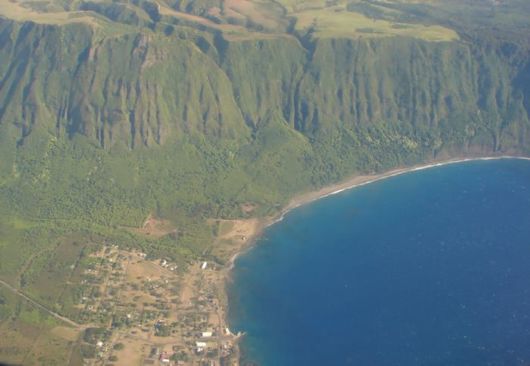 16. Masca, Tenerife
A tiny and picturesque village that receives almost no foreign visitors due to its distance from the nearest town. 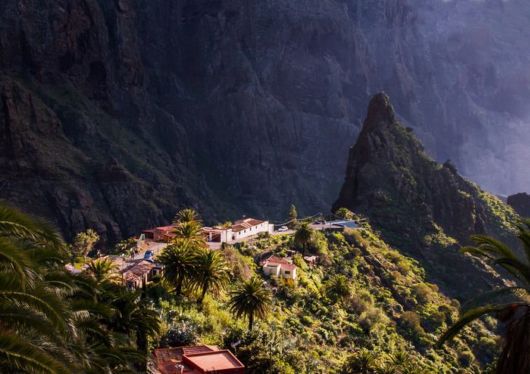 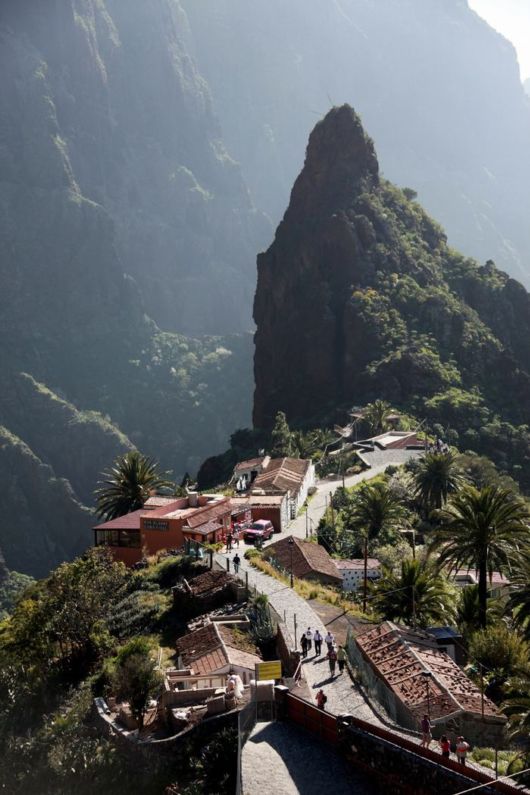 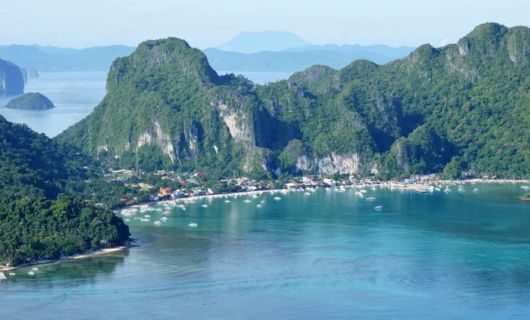 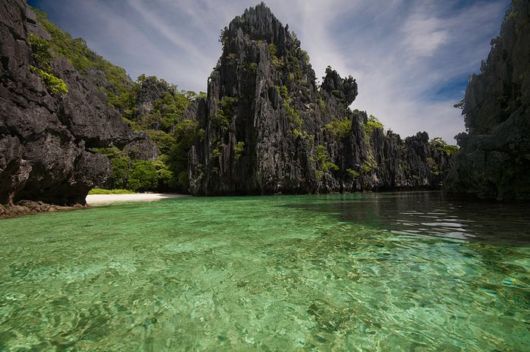 18. Morro de São Paulo, Brazil
This amazing island is accessible only by boat or seaplane, and no cars are allowed on the island itself. The village enjoys a clean, white beach and surrounded by an amazing South-American jungle. 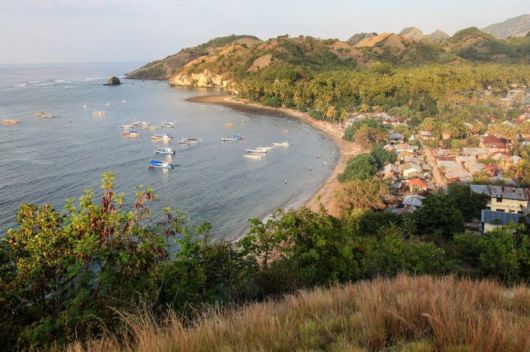 19. Amêdî, Kurdistan
Sitting atop a plateau, some 4,000ft (1220m) above sea-level, is the village of Amêdî. The locals do not allow modern hotels in the village, making the local inns the only place for curious visitors. 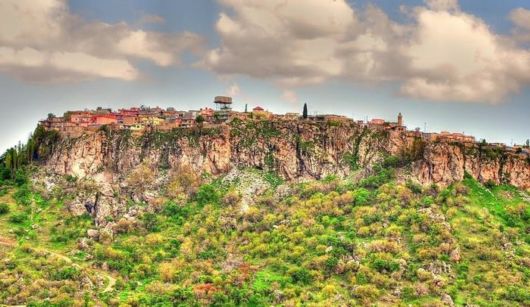 20. Paga, Indonesia
If you want to get away from the city and experience the life of real fishermen, Paga is the place for you. The village itself is surrounded by a dense jungle, with a beautiful, white, sandy beach. 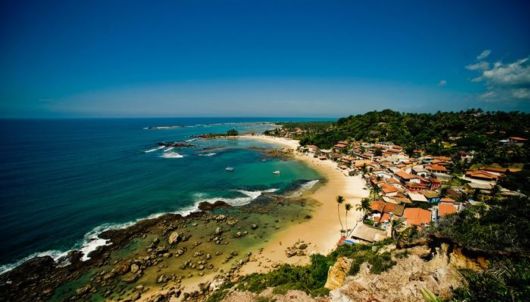