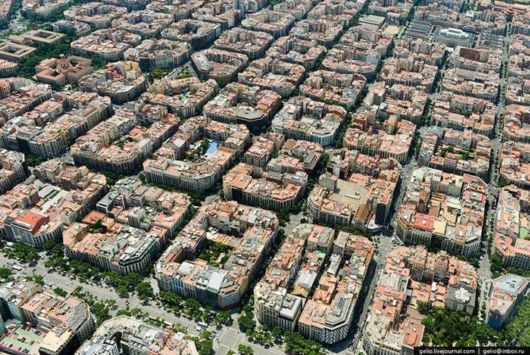 Eixample is a district of the Spanish city of Barcelona, that lies between the old city and the surrounding small towns. The district was built as an extension (hence the name ?Eixample?) when Barcelona started to grow during the middle of the 19th century. The 7.5 square km district is characterized by long straight streets, a strict grid pattern crossed by wide avenues, and octagonal city blocks – rectangular blocks with the corners cut off, which are distinctive for Barcelona. This was the visionary, pioneering design by Spanish urban planner Ildefons Cerdà, who considered traffic and transport along with sunlight and ventilation in coming up with his characteristic octagonal blocks. 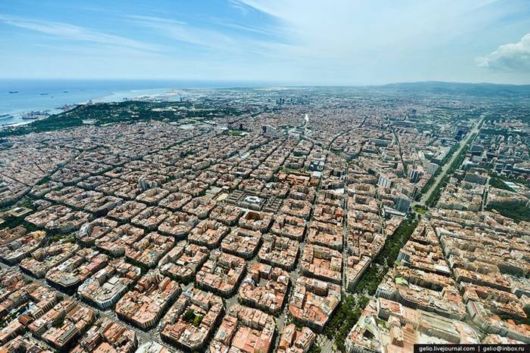 Cerdà?s central aim was to overcome social problems by using quadrangular blocks of a standard size, with strict building controls to ensure that they were built up on only two sides, to a limited height, leaving a shady square or garden in between. This recreational open space with open sides to the blocks was to guarantee the houses the maximum amount of sun, light and ventilation. The angled corners allowed the streets to broaden at every intersection making for greater visibility, and fluid traffic in all directions. Cerdà had steam trams in mind, and it was its long turning radius which determined the angle of the corners of the buildings. Trams were never installed, and the city planners unfortunately ignored many of his other provisions. 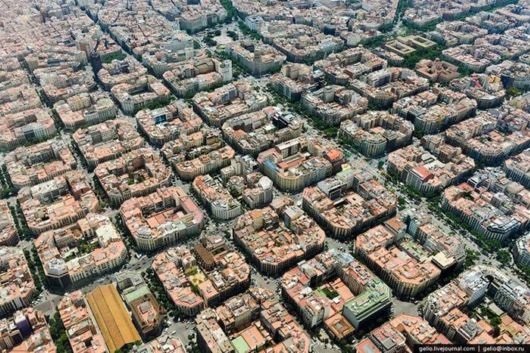 Cerda wanted housing blocks to be orientated NW-SE to ensure all apartments received sunshine during the day. Each district would be of twenty blocks, containing all the community shops and services, and each block were to have at least 800 square meters of gardens. Cerda?s idealized use of urban space was scarcely achieved. The blocks went up to much more than the planned heights, and in practice all the blocks have been enclosed, with very few inner gardens surviving. Most of the inner courtyards today are occupied by car parks, workshops and shopping centers. The streets were narrower – only one of the two diagonal avenues was carried out – the inhabitants were of a higher class than the mixed composition dreamed of by Cerdà. The grid pattern with its distinctive octagonal blocks, however, remains as a hallmark of Barcelona?s Eixample. 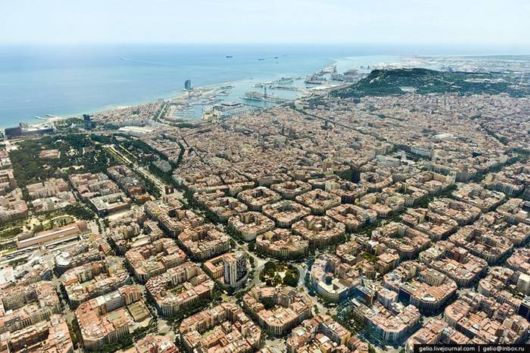 Over the past few years the city has begun trying to implement Cerdà’s idea for green public spaces behind the buildings. When a block is vacated because of the relocation of a business, the city takes up the block and redesigns it with parks and open spaces. The ultimate goal is to create one patio-garden for every nine blocks, but its unlikely that so many will become available in the near future. 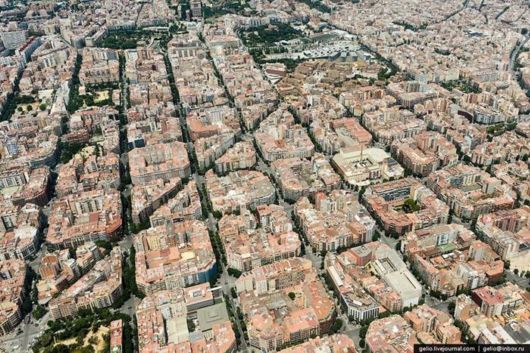 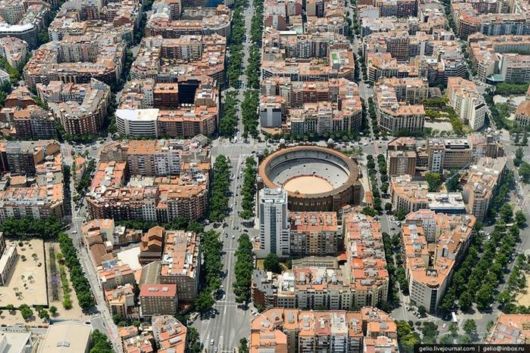 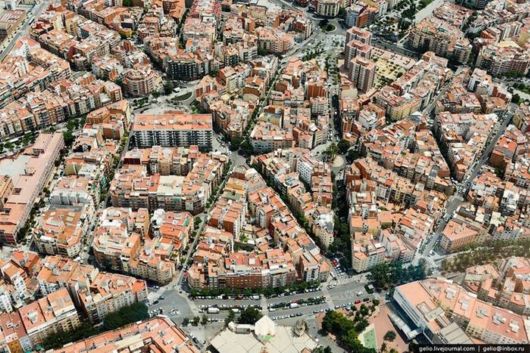 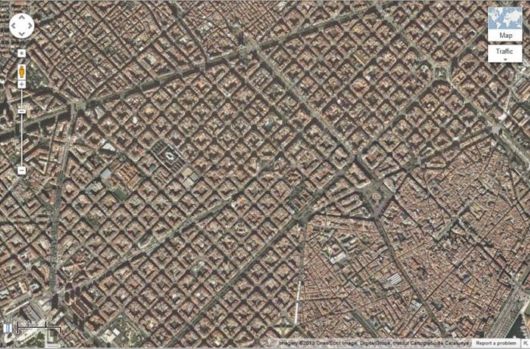