These National Parks are a Slice of Heaven on Earth

There’s no need to get up from your chair in order to experience the thrill of adventure! These striking photos from national parks and nature reserves all over the United States will make you want to pack up your rucksack, grab a canteen and head out to explore one of these gorgeous national parks all at your service!
hidden gems 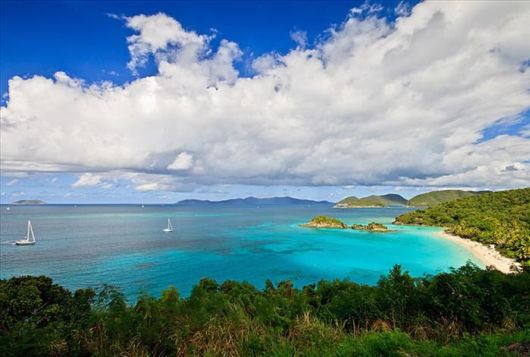 Although this may look just another remote tropical location, the Virgin Islands National Park on the island of Saint John is extremely accessible and open to the public. The park extends over 60 percent of the island of Saint John, as well as onto nearby Hassel Island and into Saint Thomas harbor. The park is famous for its scuba diving and snorkeling as well as its remarkable hiking trails through tropical rainforest. This is an image of Trunk Bay, named the most beautiful beach in the world. 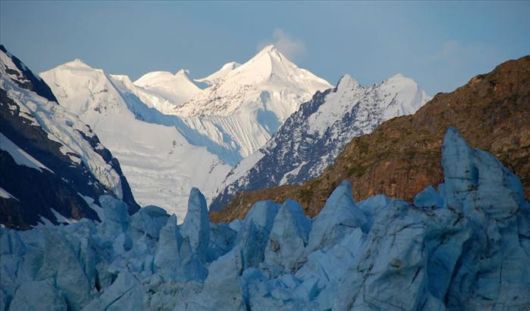 The snowy glacial peaks of Glacier Bay National Park and Preserve inhabit the coast of Juneau, Alaska. The park encompasses over 3 million acres of glaciers, temperate rainforests, coastlines and mountains. This is an image of the Fairweather Mountains, one of the world’s tallest coastal mountains (15,325 ft.) with the Margerie Glacier in the foreground. 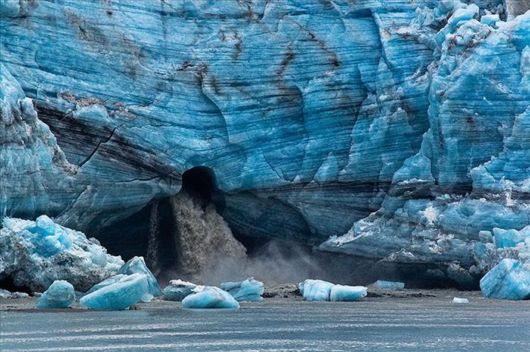 An image of a glacial waterfall under the Lamplugh Glacier within the park’s Glacier Bay. There are no roads that lead to Glacier Bay, which requires visitors to board a ship or hop in a kayak to experience the stunning blue glaciers up close and personal. 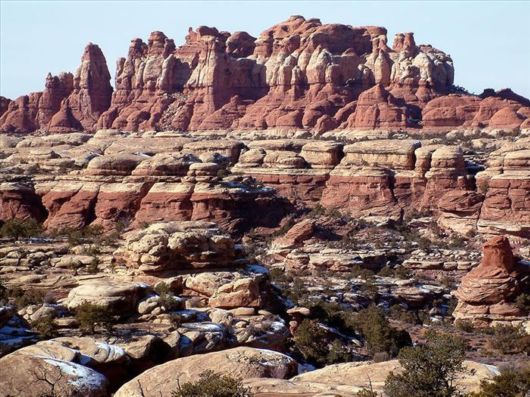 Canyonlands National Park is located in southeastern Utah and, as the name implies, contains beautifully colorful canyons, running along the tributaries Colorado River and the Green River. The rivers divide the park into four sections, the one shown here is known as the Needles formation. 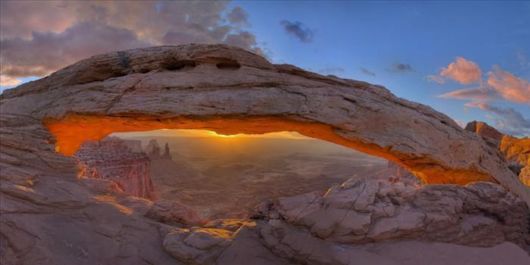 The Mesa Arch at sunset in Canyonlands National Park. 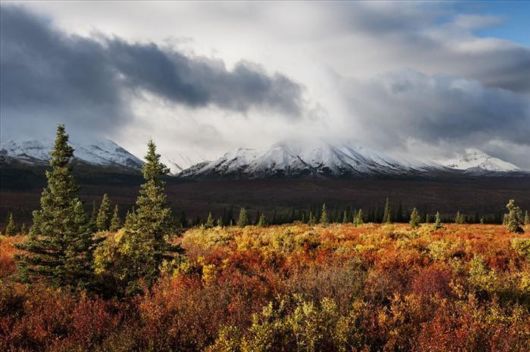 The Denali National Park and Preserve in Alaska contains the highest mountain in North America, Mount McKinley (20,237 ft.). Its wild landscape extends over nearly 6 million acres and has a mix of stunning blue glaciers, green pines and flourishing valleys. 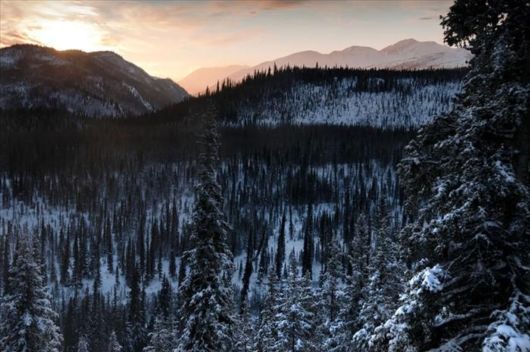 A view of dawn from Government Hill. The Denali park is popular with mountaineers and avid hikers a, many making the trip to view the aurora lights each year. 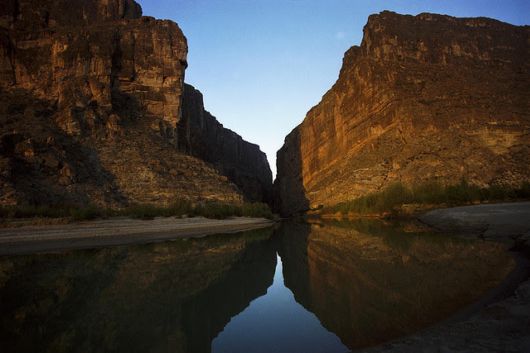 This image of the Santa Elena Canyon in Big Bend National Park, Texas characterizes the park’s location along the Rio Grande, the international border between Mexico and the United States. The park contains the largest protected area of Chihuahuan Desert in the U.S. and more than 1,200 species of plants, 450 species of birds and about 75 mammal species. 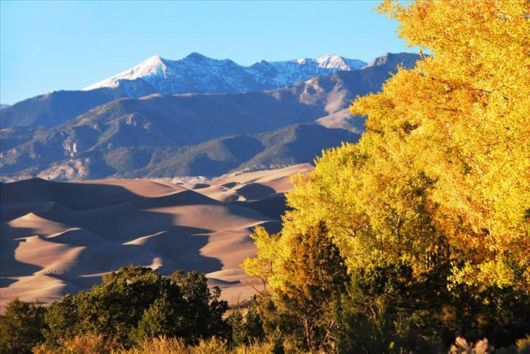 These beautiful fall scenes are from the Great Sand Dunes National Park and Preserve in Colorado. It contains the tallest sand dunes in North America, as well as aspen forests, grasslands, and lakes. 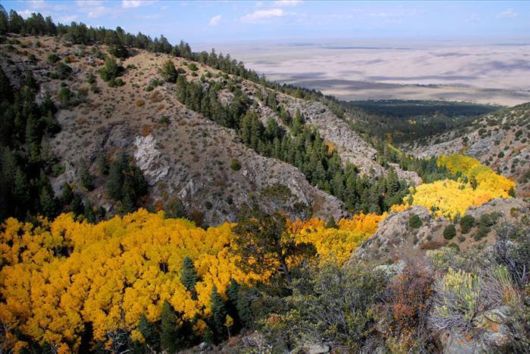 This view of the Golden aspens speaks to the richness of the park’s environment. There are still over 100 pines within the park whose bark was used for food and medicine by Native American tribes the Ute and Apache. 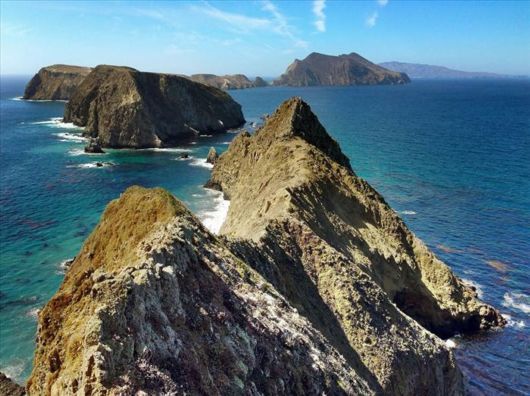 The Channel Islands National Park in California contains five islands surrounded by beautiful blue-green ocean. The islands are not far from the Southern California coast, but their near complete isolation allows nearly 2,000 species of unique animals and plants to thrive. 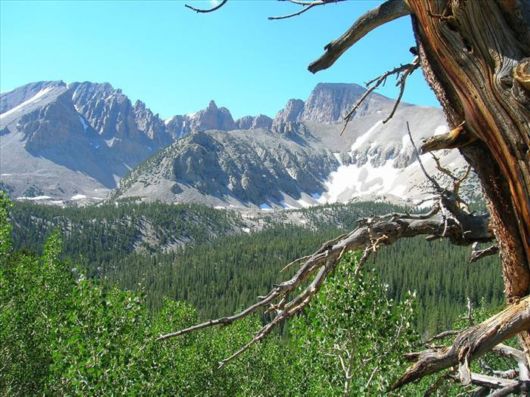 The Great Basin National Park in Nevada contains everything from pine tree forests to glacial moraines and even deserts in its 77,180 acres. The Great Basin Desert is the only cold desert in America as most of the precipitation it experiences is in the form of snow. 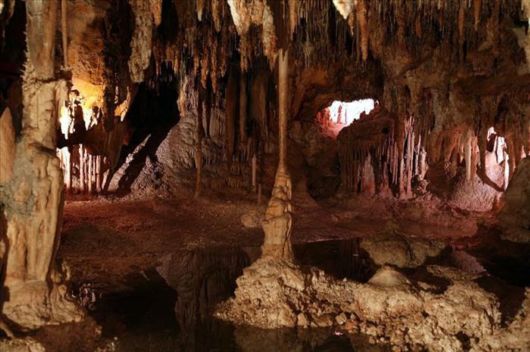 The Lehman Caves at Great Basin National Park were discovered in the 1880s and is only one of the 40 caves within the park’s bounds. 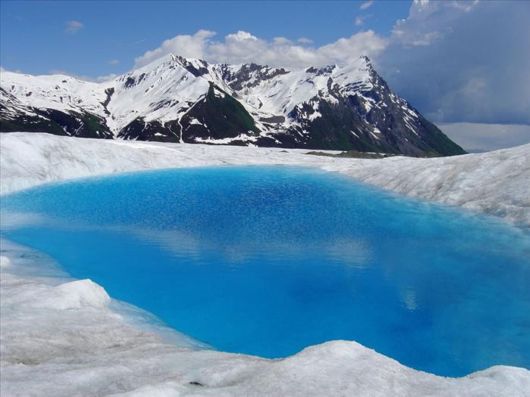 A blue glacial pool at the Wrangell-St. Elias National Park and Preserve in Alaska. The park is the largest in the United States, extending over 13.5 million acres, making it larger than the country of Switzerland. It contains one of America’s tallest peaks, Mount St. Elias (18,008 ft.), and 25 percent of the park contains glaciers. 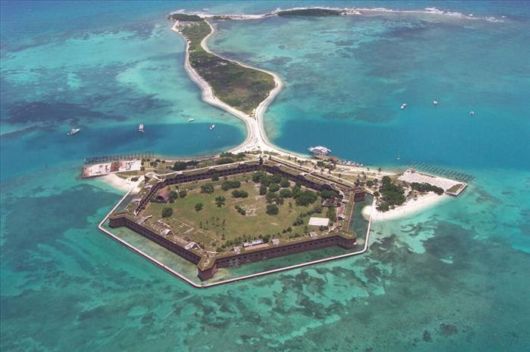 An aerial view of Fort Jefferson in Dry Tortugas National Park, located around 70 miles from Key West, Florida in the Gulf of Mexico. The park is made up of the seven Dry Tortugas islands and contains the least disturbed of all the coral reefs in the Florida Keys. 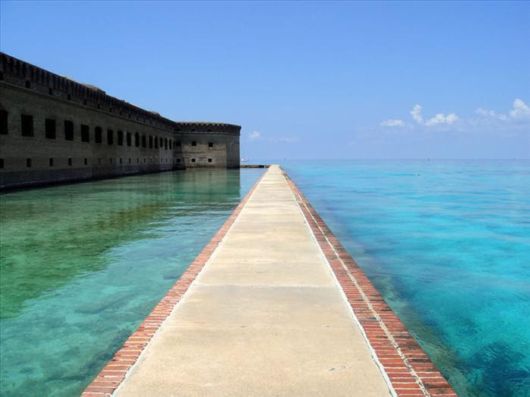 Fort Jefferson (left in the image) is the centerpiece of Dry Tortugas Park, an unfinished coastal fortress and the largest masonry structure in the Western Hemisphere. The Fort was originally built as an American naval station to control piracy in the Caribbean in the mid 19th century. 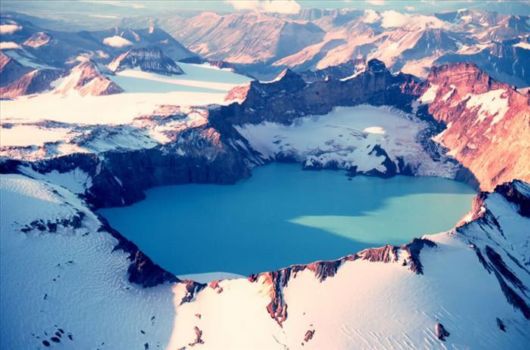 The Katmai Crater in Katmai National Park and Reserve in Southern Alaska is laden with 18 active volcanoes, brown bears, wild fish and remote landscapes. The park extends over 4 million acres and is roughly the size of Wales. 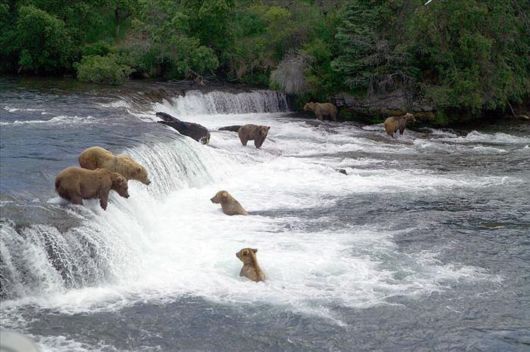 Brown bears fishing and bathing at Katmai National Park. Most of the park is a designated wilderness area meaning that hunting and poaching is forbidden. The Katmai bear population stands at 2,100 as of 2013.

This stunning image of Lake Clark National Park and Preserve located in Southwestern Alaska attests to the diverse and rich scenery available within the park’s bounds. The park includes a number of active small volcanoes, native wild salmon, a number of roaming bears and beautiful still lakes. 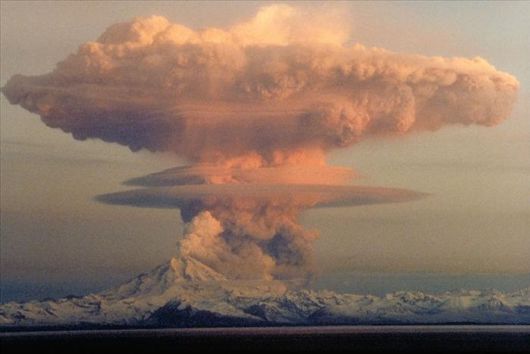 Lake Clark National Park and Preserve extends over nearly 4 million acres and includes a number of active volcanoes, including this one, Redoubt Volcano, which last erupted in 1990. 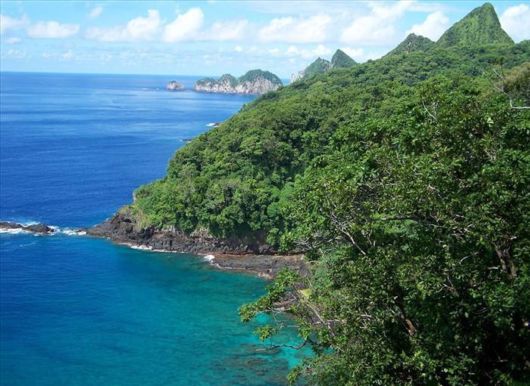 The only American national park located below the equator, the National Park of Samoa spreads across three separate islands: Tutuila, Ofu and Ta’u. The park preserves tropical rainforests, coral reefs and landmarks of Samoan culture, yet in the past year only 10,440 people visited the park, making it the least visited national park of 2013. This image is of the Pola Ridge Forest on Tutuila Island, the only part of the park accessible by car. 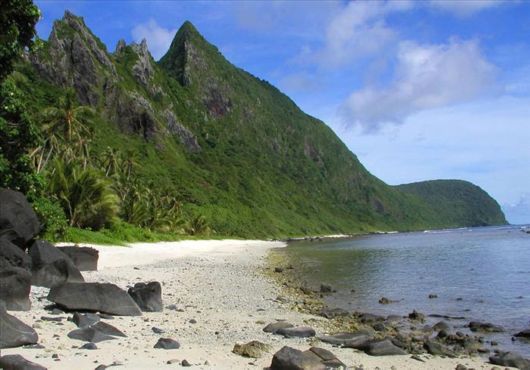 The white sandy beach of Ofu in the National Park of Samoa.